Those are the words of 17-year-old Chantelle Thomas, who was abused by her dad from the age of six. It went on for two years until she was taken into care when she was eight. 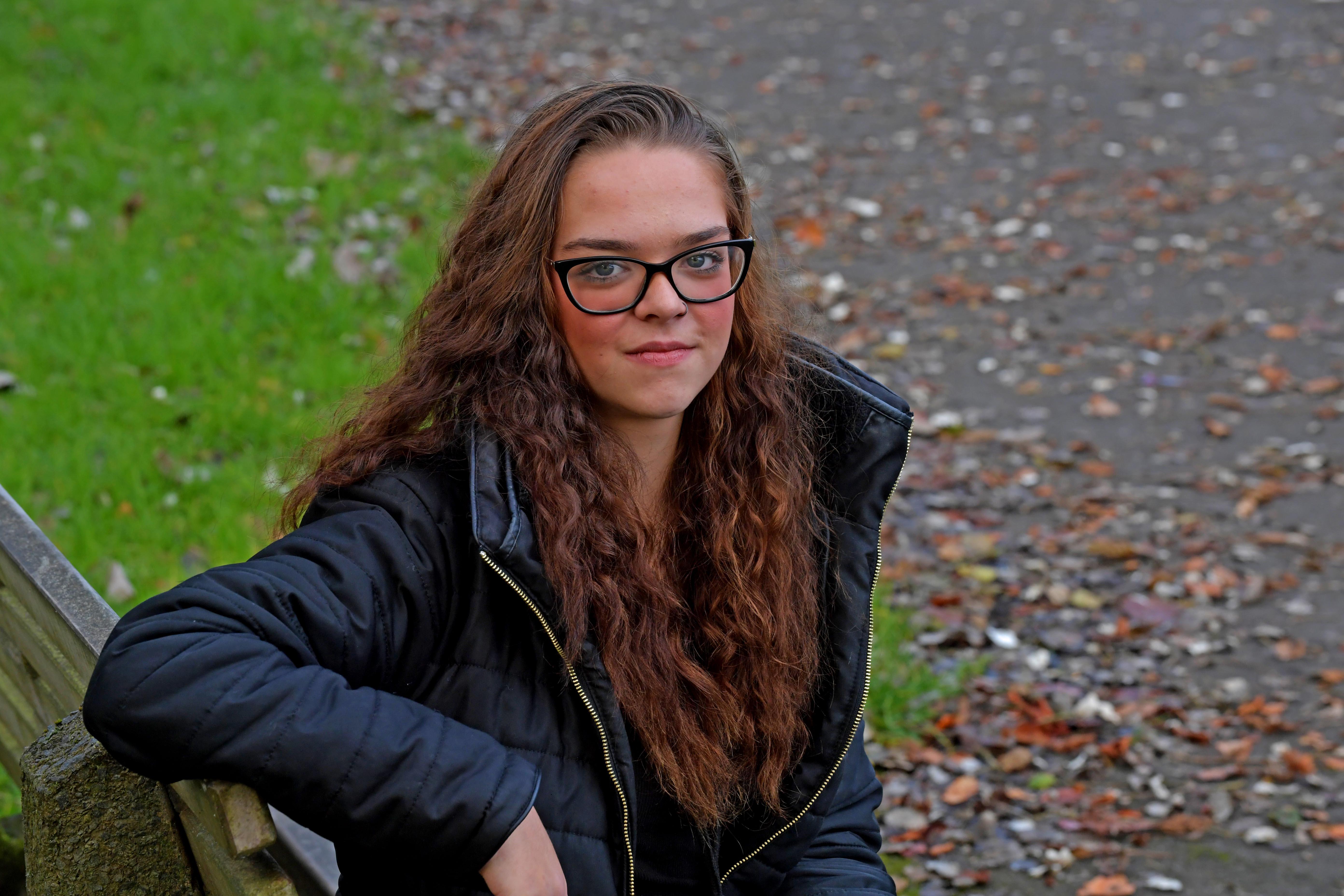 Her father Arwyn Cellan Thomas is now serving a 22-year prison sentence after being found guilty in February of raping and sexually abusing her. She was just one of his victims.

As well as the sexual abuse, Chantelle recalls being "leathered with belts", chilli sauces put in her mouth and freezing cold baths.

Yet she describes the next nine years of her life in the care of Carmarthenshire Council as being even harder to cope with. During that time, she claims she was moved between more than 40 foster carers.

Now brave Chantelle has waived her right to anonymity to share her story in the hope it will help other children in care. 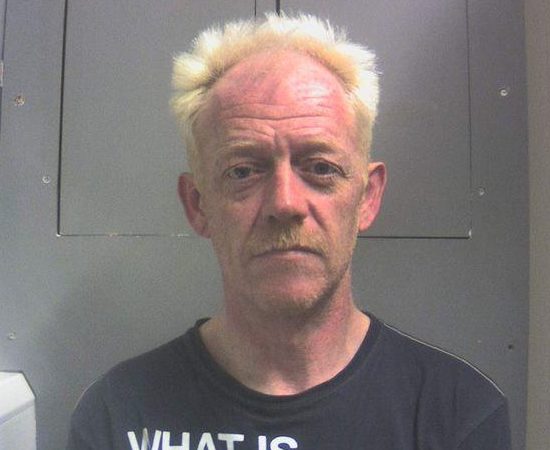 Chantelle, known to her friends as Tilley, left the care system in April and is now living independently in Llanelli.

She claims she was sent to live with her dad as a child even though the authority should have been aware of an allegation made against him two years previously.

“In 2015 I made a report to police after my father sexually abused me when I was a child,” said Chantelle.

“I didn’t know there were other victims at the time. When I came forward it came to light there was a statement made in 2004 with the same allegations against him.

“I was placed to live with my father in 2006 by the local authority. I stayed with him for two years. 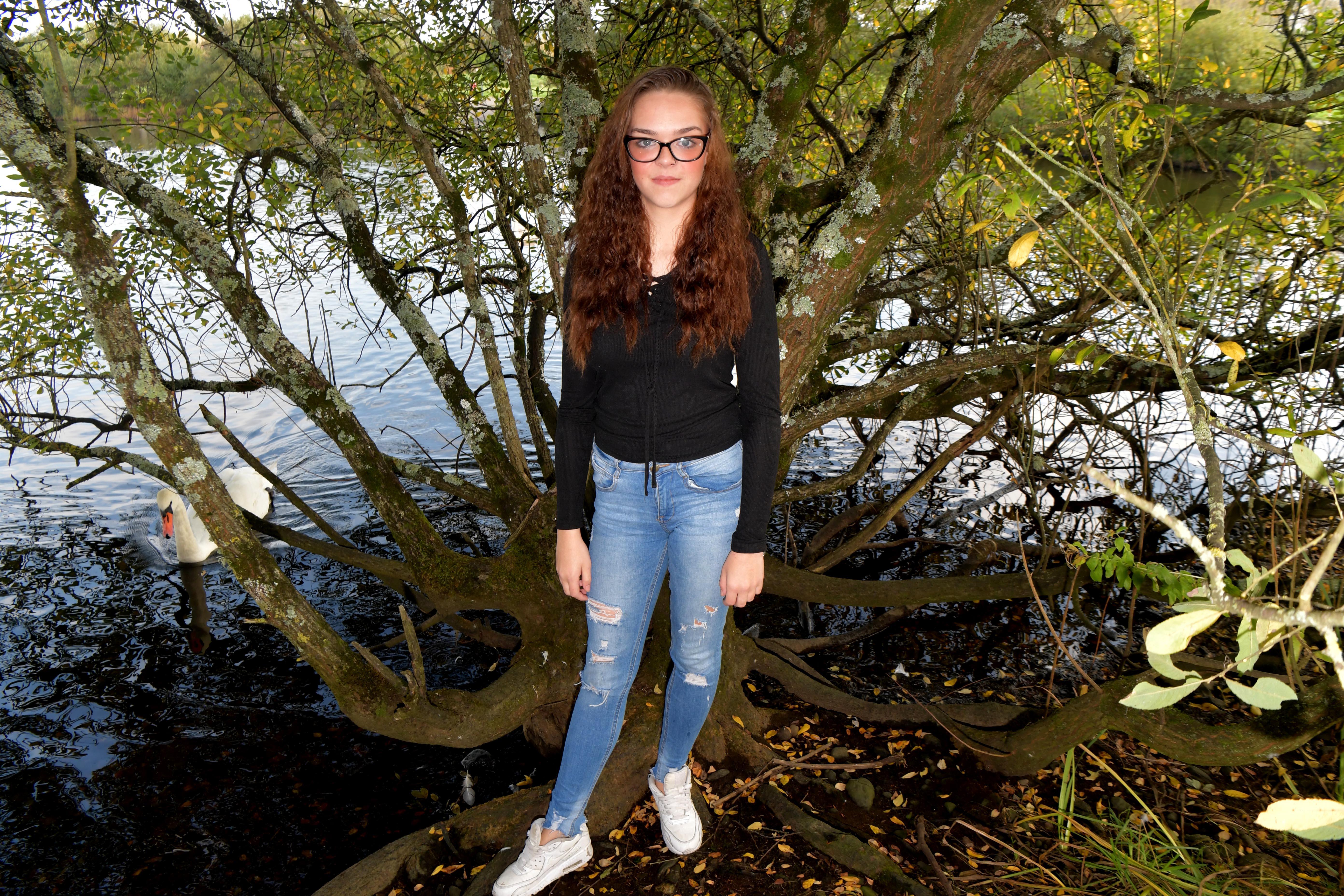 “I felt like I was abandoned by social services at a young age. When they came to do home visits the social worker was arguing with my father rather than supporting us.

“Social services did regular visits. My social worker would come and I remember her trying to catch my father out but my father is very intelligent.

“She would go to cupboards to make sure there was enough food but he would make sure they were full before she came.

“However she would never take me to one side and have a conversation with me.

“He [Thomas] was very devious. He controlled everything that went on in the house. The social worker we had was intimidated by him.

“I was seen as daddy’s little girl in the social’s eyes so they never even tried [to talk to me about him]. 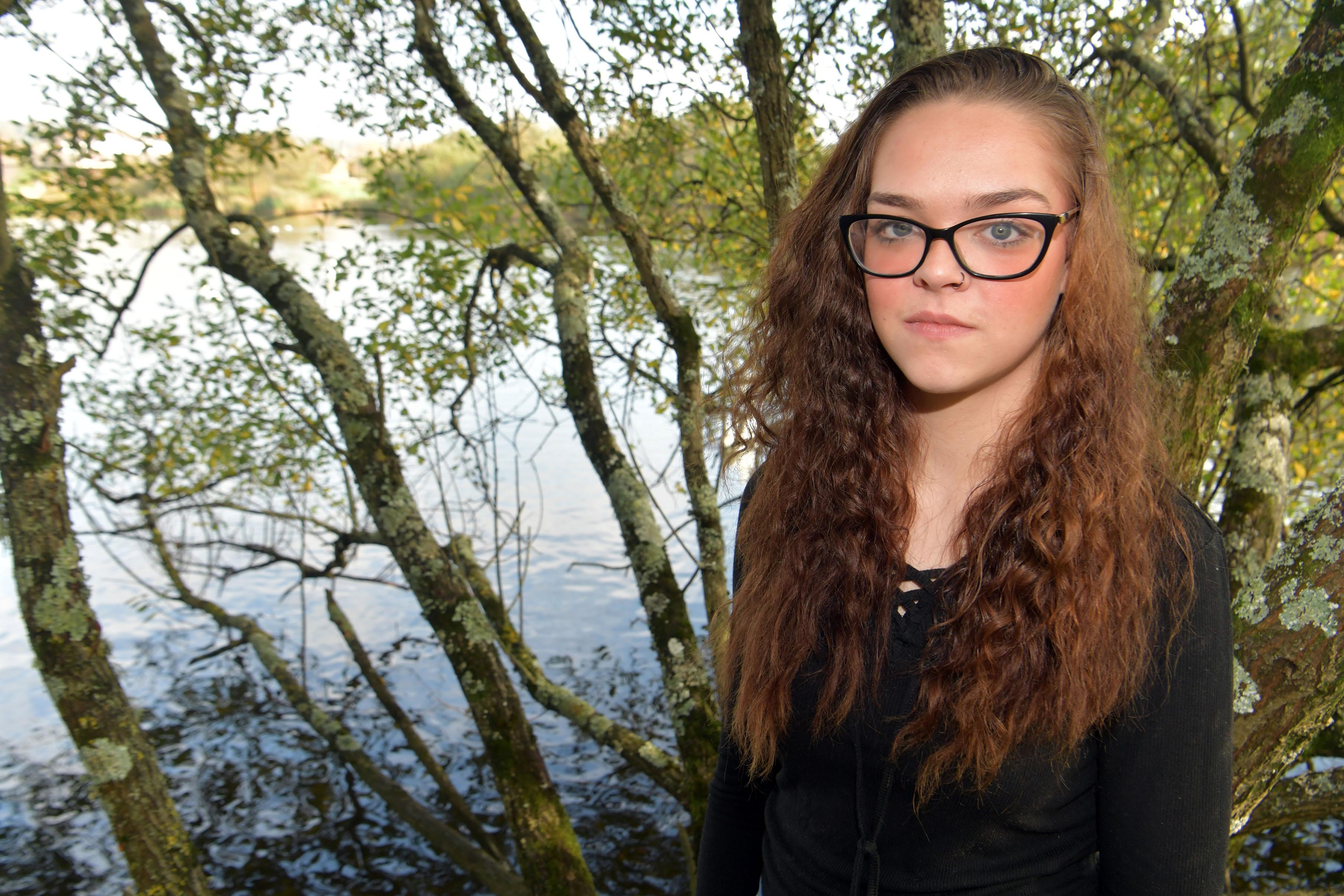 “I couldn’t understand because social services were on us all the time. The social have always been involved so how they didn’t notice or see the potential danger I don’t know.

“We were treated to Victorian punishments as well, like being leathered with belts, chilli sauces put in our mouth and put in freezing cold baths.

“They must have had an idea of what was going on. We were eventually moved after two years on the basis of neglect.”

Chantelle has spent more of her life in care than out of it. In many ways she sees what she endured after entering the care system as harder to deal with than what she experienced at the hands of her father.

She claims that from the moment she entered the care system, she was stigmatised and pigeonholed as a “troubled child”.

In the early days she was put with one foster carer who she still thinks of as a mum, but was then moved between dozens of different homes where she found it hard to settle.

“You could tell that some of the foster carers I was with were just doing it for the money – we were a job to them,” she said.

“Even though I had been taken away from my father I never opened up about those experiences and felt I was always treated as a bad kid.” 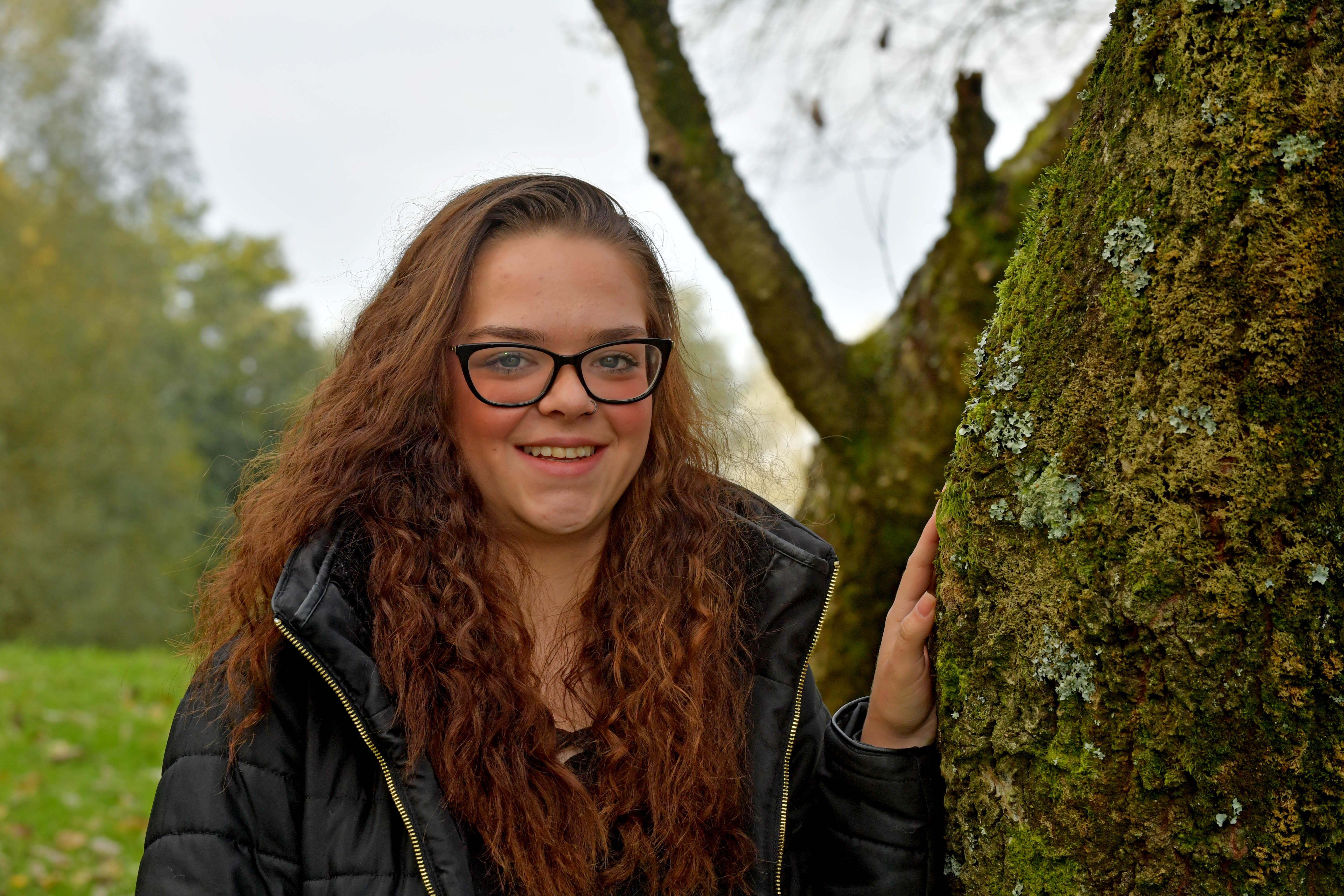 Chantelle added: “You are so stereotyped, people fall into a trap and just think, ‘To hell with it’.

“We are stereotyped from a young age. I don’t believe that any young person is forced to do things but because of how they are labelled it makes it more likely it will happen.”

Chantelle said she hopes no other children will go through what she’s endured.

“When you think about the bigger picture there are probably thousands of children who are, maybe not going through the same thing, but might feel the same way,” she admitted.

Chantelle now finds it hard to trust people: “I am not good at building relationships – I have always had these walls up.

“I know that I have attachment issues from being with foster carers when I was younger. If I felt they had broken my trust I would find it really hard to rebuild it.

“It would get harder and harder and now my walls are straight up – it is like a survival technique." 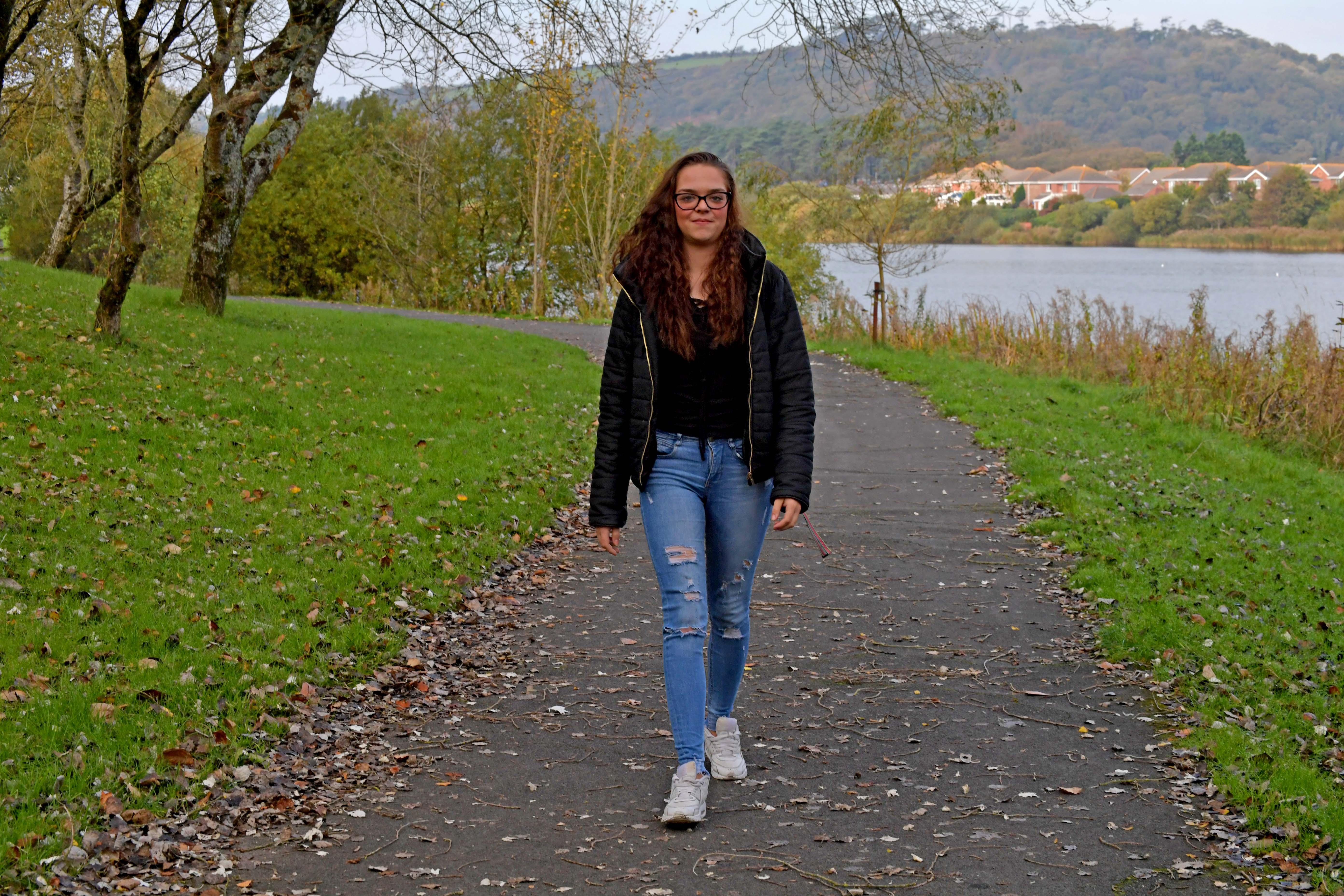 Sentencing, Judge Paul Thomas QC told Thomas: “The way in which you abused these children was simply monstrous, and I choose my words carefully.

“You systematically and cynically started to sexually abuse them.

“The similar ages of your victims points to, in my view, a sexual interest of a particular age. Your sexual abuse stopped at around the same ages.

“You behaved in a quite awful fashion… and your victims’ lives have been so badly affected.”

Judge Thomas said there was “not a shred of remorse” visible for the way Thomas blighted their lives.

Chantelle is now studying full-time at college and dreams of getting a job in the police.

“I’d love to work for four or five years on the beat before doing law and criminology and training to be a lawyer,” she said.

“I’m hoping to go abroad. There is nothing for me here. I love my family to bits but I feel like being stuck here there is a stigma and I would like to restart my life away from everything.”

Carmarthenshire Council was asked to comment on Chantelle's experiences…

Councillor Glynog Davies, the authority's executive board member for education and children’s services, said: “Whilst we are unable to comment on individual cases, we can say that we are in contact and are continuing to do all we can to provide support.”

Chantelle observed that every young person in care is always in survival mode.

“I am just waiting for something to go wrong,” she admitted.

“Something would always go wrong in care. It still happens even though I’m living independently.

“I feel like I’m battling day in, day out. Yesterday I had run out of gas on my meter. I live on £57 a week. I have to pay my WiFi because all my college work is online. I have to pay my food, phone bill, gas and electric through that.

“I would tell children to stick with it and not let the system beat you. The moment you kick off you’re stigmatised and you’re a ‘troubled teenager’. The most important thing is to stand up for yourself and don’t be pushed down a path you don’t want to go.”

We previously told how a woman's 'perfect' life was shattered at 13 when her "dad" raped her.

Meanwhile, Phillipa was drugged and gang-raped at a party at 14 – and some of her attackers are still free.