Kelly Wadd, 25, felt "disgusted" at 17st after developing postural tachycardia syndrome (PoTS) while pregnant with her daughter three years ago. 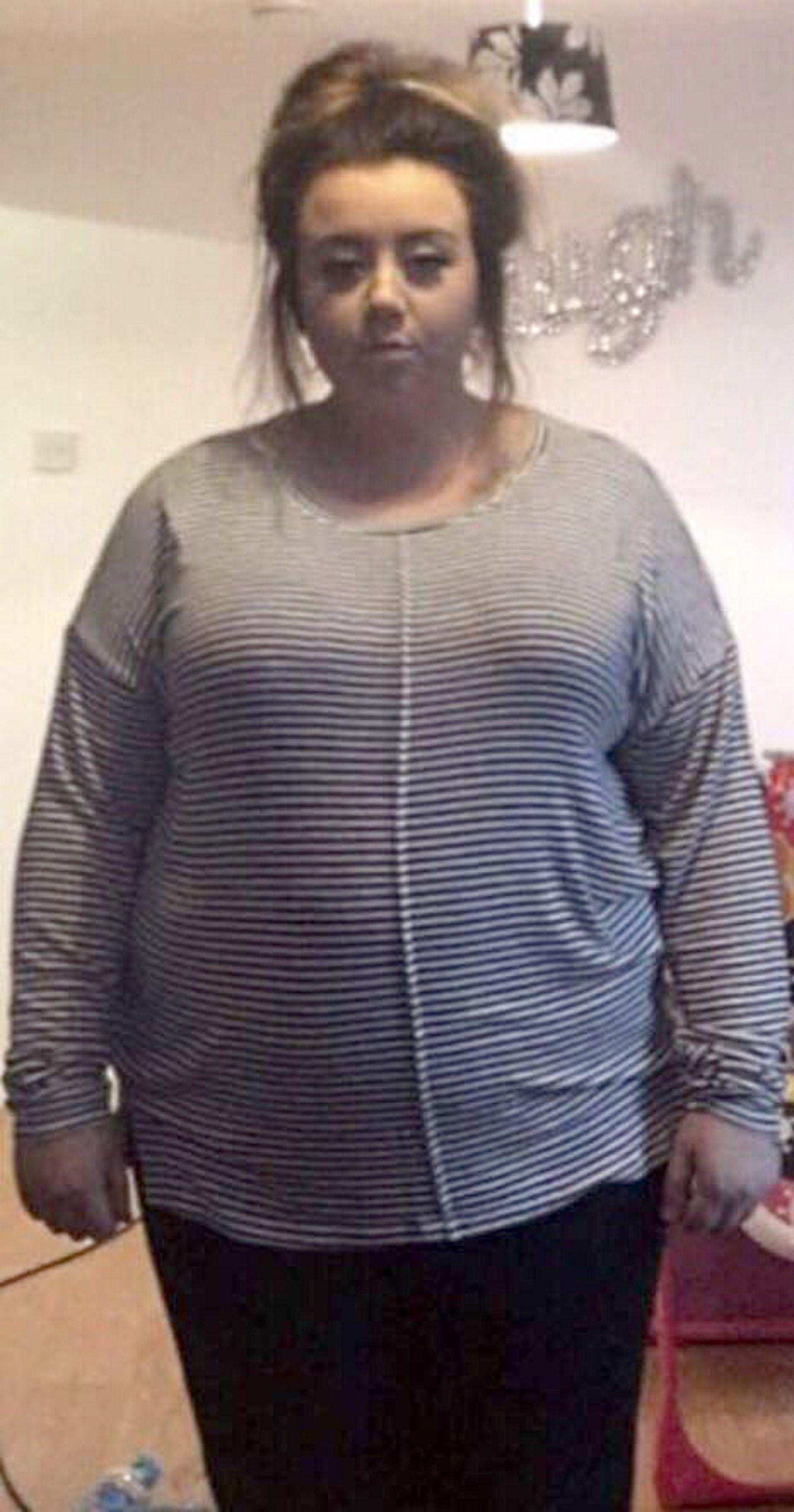 The heart condition made Kelly feel dizzy and forced her to eat lots of refined carbs and calorific foods to keep her blood sugars up to avoid fainting with hypoglycemia.

It left the former size 8 mum-to-be too weak to leave the house, and eventually led to her gaining six stone in one year.

Kelly, from Barnetby, North Lincs, said: "Being overweight goes beyond who you are as a person. It changes you dramatically.

"I'd just cry because I felt disgusting. There was nothing anyone could do to help me, it was only me who could do it. 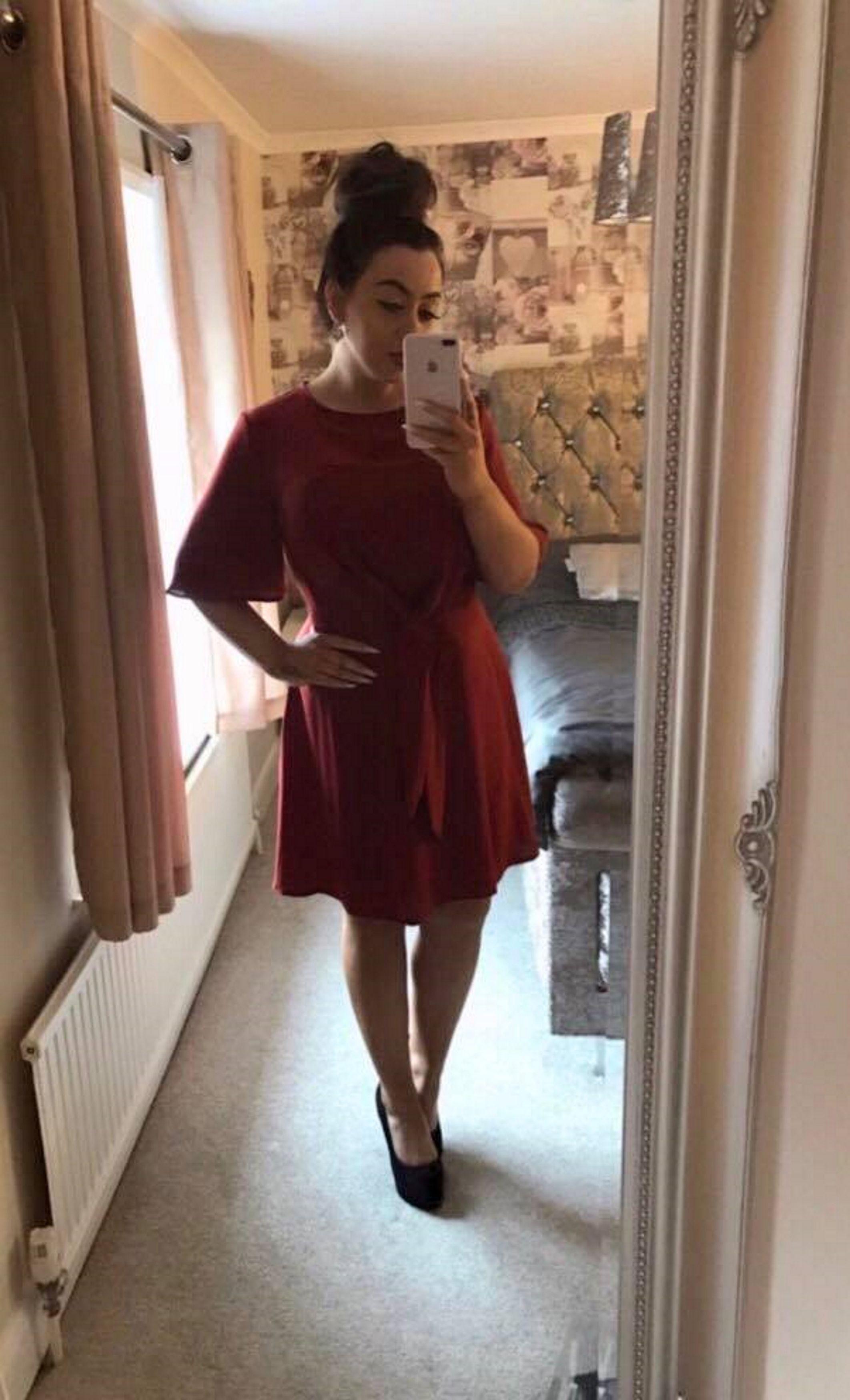 "When I first started getting the symptoms when I was pregnant I would just sit in bed and eat Chinese."

Because Kelly had always been quite thin, she was unprepared for just how damaging her weight gain was to her self-confidence.

At 17st 4lbs, she said her anxiety about having episodes of hypoglycemia had forced her to go "too far".

"These hypos used to scare me so I was eating to prevent the symptoms, so I would just eat constantly.

What is Postural tachycardia syndrome?

Postural tachycardia syndrome (PoTS) is an abnormal increase in heart rate that occurs after sitting up or standing.

It typically causes dizziness and fainting, and affects many different people, but is most common in girls and women aged 15 to 50.

Some people have mild symptoms, while others find the condition affects their quality of life.

PoTS often improves gradually over time, and there are a number of self-care measures and medications that can help.

You can reduce symptoms by drinking plenty of fluids, staying active, including more salt into your diet and coming up from lying down or sitting slowly.

"I think I took it too far – it was a bit of an anxiety thing but I went too far and put myself in that position.

"When I was bigger I didn't go to the local supermarket for my shopping in case anyone saw me. I used to drive an hour away so I'd know no one was going to see me.

Eventually, she decided enough was enough, and decided to lose the weight once and for all.

"Back then I literally hated myself, so the diet was 'make or break'. I gave myself no option. 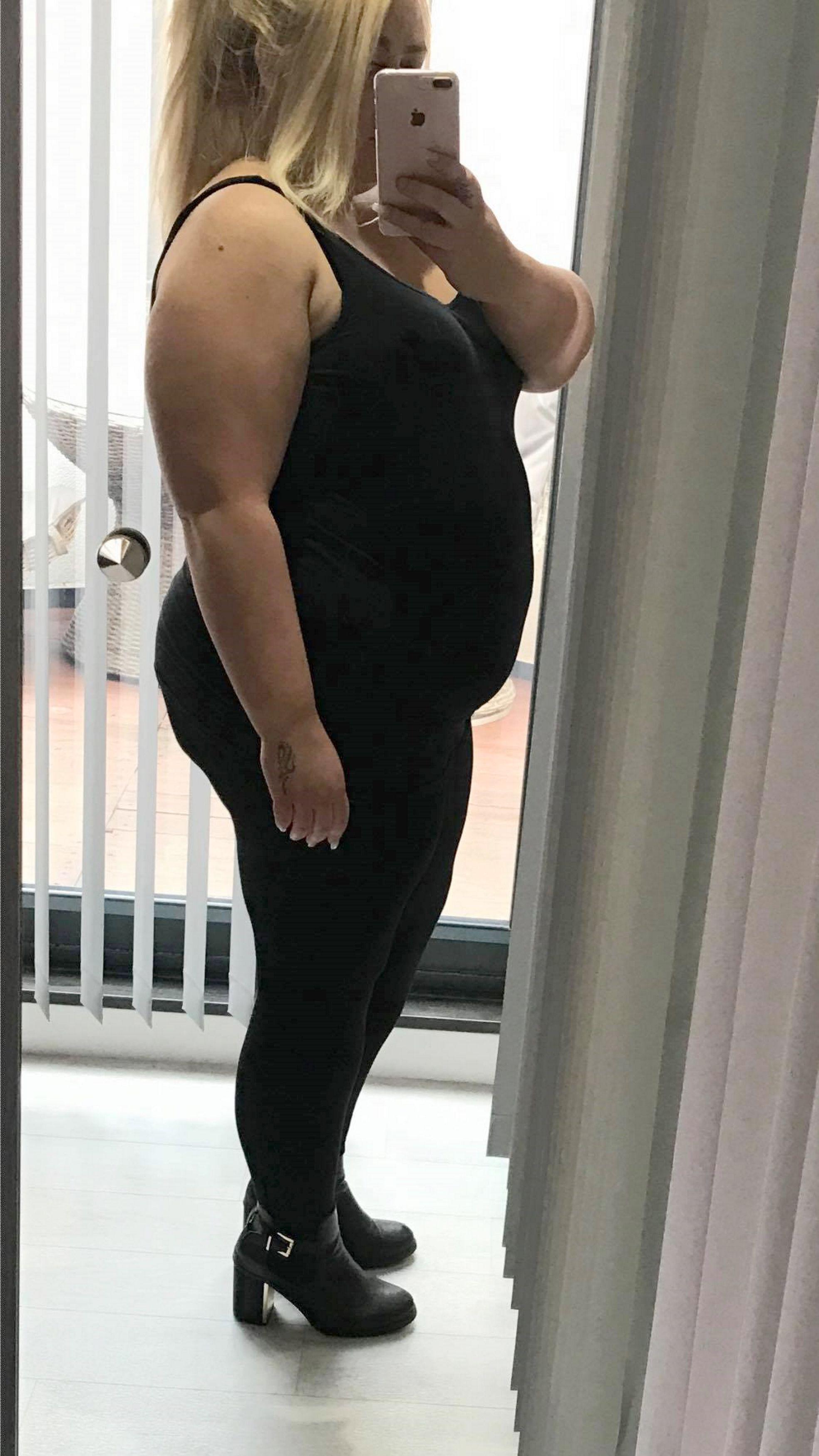 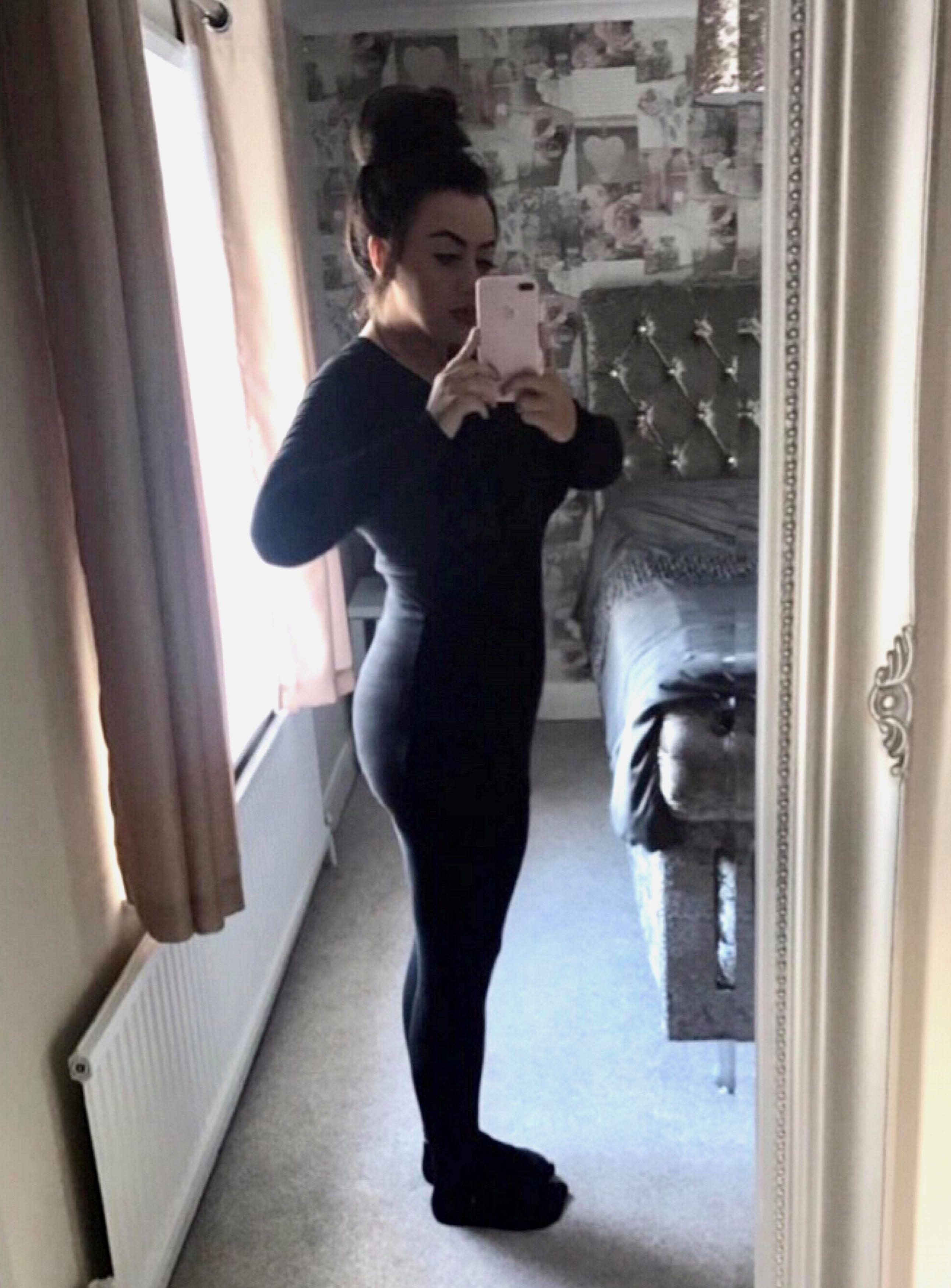 Kelly started by cutting her large portions and takeaways, and began eating "tea plate" sized portions of freshly prepped protein and complex carbs every two hours in a "make or break" diet.

Now, just over a year on, she's back to her old self at an incredible 10st.

She said: "It's been done basically in a year. I feel so much better when I look in the mirror now. I think it's such a relief.

"I feel completely different now. I'm so much more confident."

Kelly's diet before and after

Breakfast: Shredded Wheat (and often throughout the day) or white toast with butter

Lunch: a sandwich on white bread with crisps

Snacks: dense carbohydrates every hour – up to 20 Shredded Wheat a day, crisps, plenty of Lucozade

Lunch: chicken breast with salad, a Ryvita or homemade mash. Always a portion with both protein and carbs in it.

Dinner: all freshly prepared and never cooked from frozen. Another portion of protein and carbs, such as chicken and potatoes, with plenty of vegetables

Snacks: small portions of protein and carbohydrates, such as crackers and chicken breast pre-cooked and cut into portions the night before, or a portion of grapes or a banana

Kelly first started having symptoms of PoTS 14 weeks into her pregnancy, with one terrifying incident happening after she'd gone two hours without eating.

So she worked out that constant eating would stop her from having future sweaty attacks.

Over the next two years, the security officer became terrified of her blood sugars dropping and would guzzle down lucozade and snacks every hour.

"I think after [this blood sugar incident it] really scared me and that's when I started to eat more to prevent that happening," she explained. 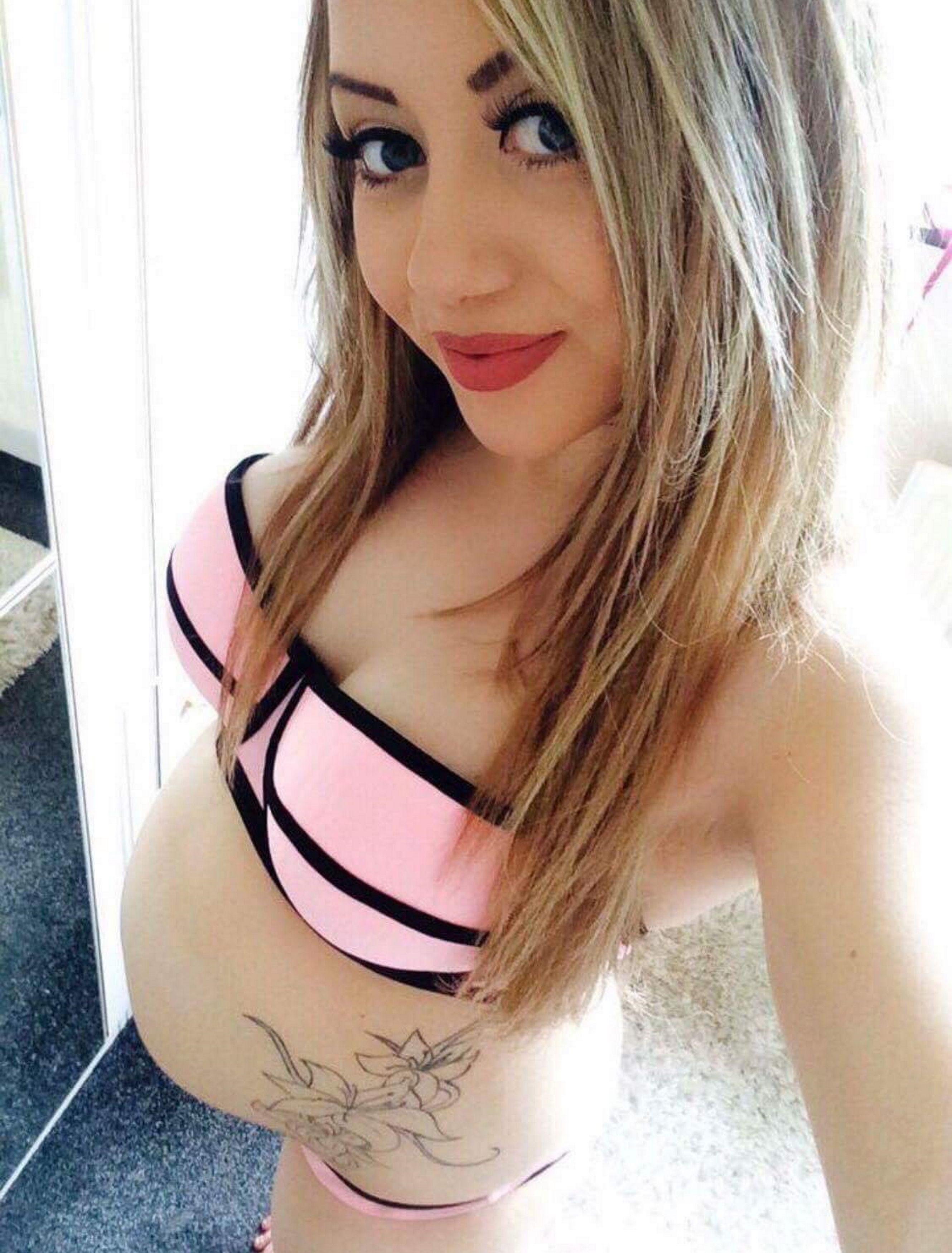 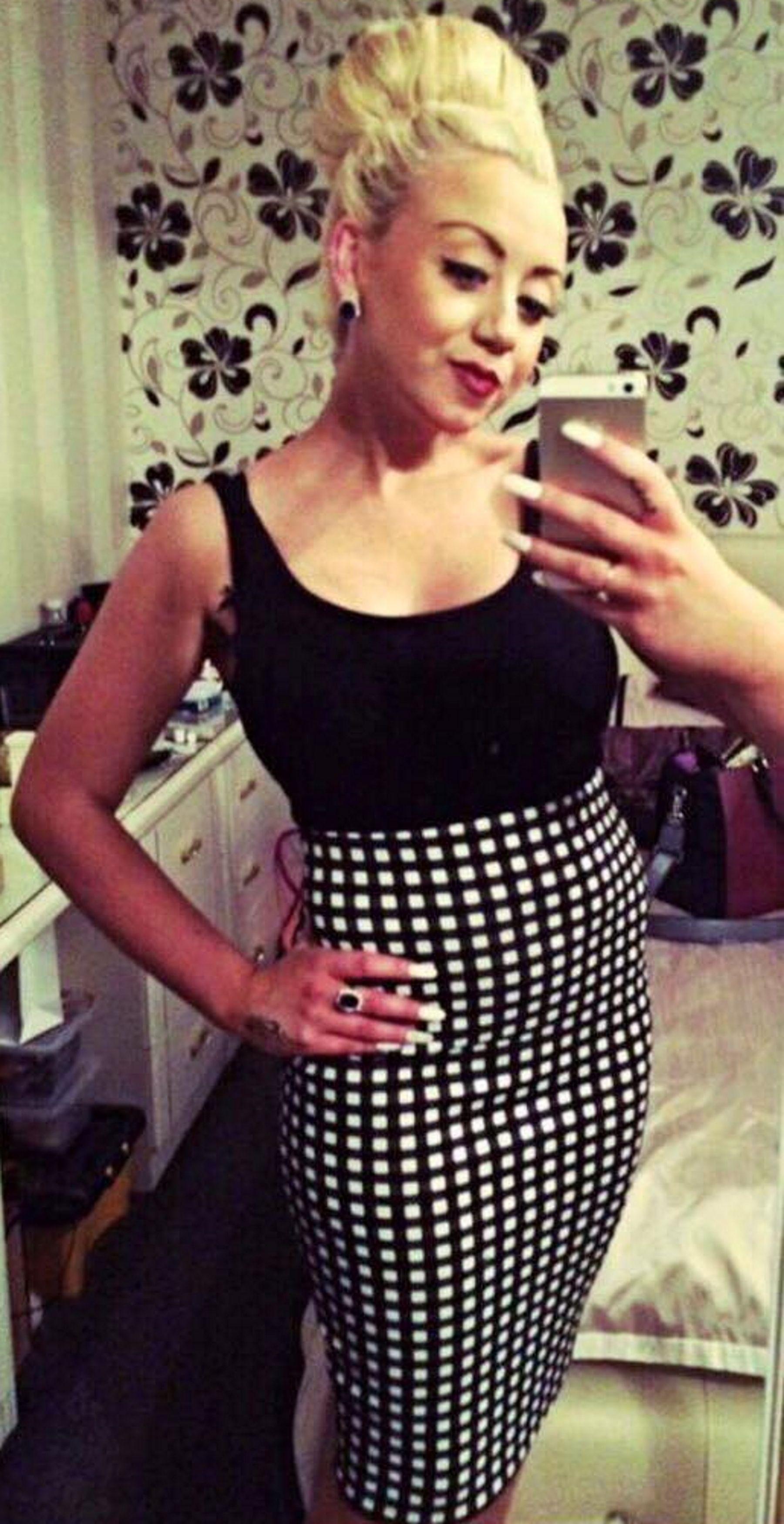 "I knew my body and I knew there was something wrong. But I was just gaining weight rapidly every week.

"That was becoming an issue to my health because I'm only 5"1 so to weigh 17 stone myself is a massive strain on your body.

"I couldn't bend down because my knees were too painful to sit down. It was just little things even walking places. I couldn't walk properly.

"I was just disgusted with myself because that was never who I thought I would be."

In order to do something about her ever increasing weight, Kelly had to research into diets which would work alongside her complicated blood sugar situation. 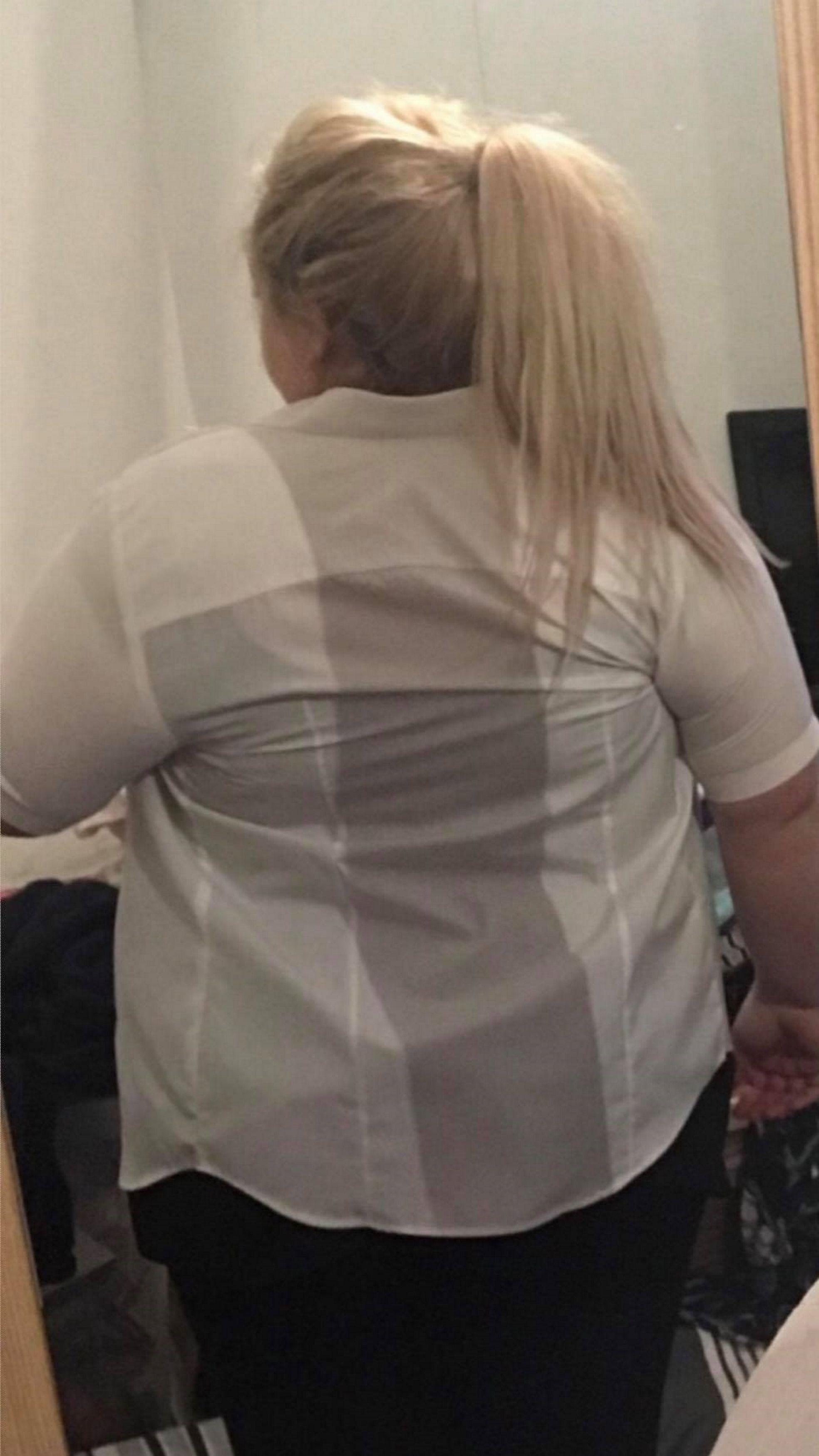 "I've had to retrain the way I eat completely.

"Now I just eat natural things like salad, chicken, potatoes, vegetables, rather than anything frozen. If I eat chips, I'll make them from scratch.

"I still have to eat every two hours so my portion sizes are really small. I'll eat from a tea plate so I'll fill the tea plate up and then I'll feel full.

"I always carry food with me. I've just got into a habit now of remembering to eat. Before I used to forget to eat and I'd be fine but now I can't do that."

Despite struggling to exercise, Kelly set herself a strict goal of losing half a stone every month and would walk every day to keep active.

"It's not a massive amount each month so every month I would make sure that I'd reached that," she said.

"If I lost more it would be a bonus but I really clamped down to make sure I lost half a stone each month. I think it's important not to put too much pressure on yourself to do that.

"It's always in the back of my mind that I hope it won't come back worse where I have to eat so much more again. I never want to do that again, or be that size again."