A MUM-OF-FOUR has shared the incredible moment her naturally-conceived triplets entered the world to mark their first birthday.

Jessica Watts, 29, from Cheshire, released a video of her triples – Sonny, Sidney and Betsy – being born via C-section. 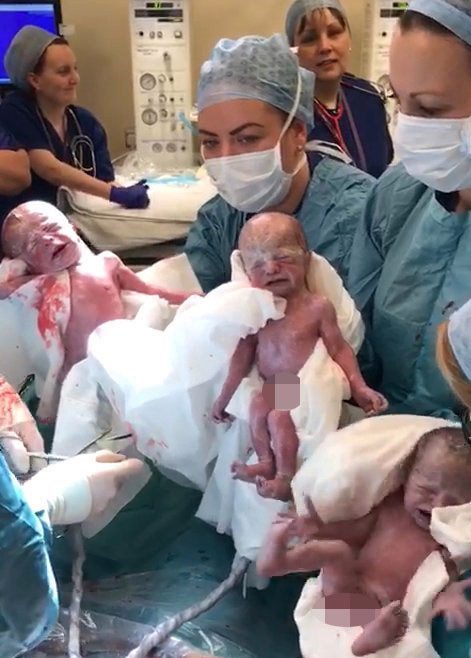 The heartwarming video shows the three babies being lifted up by doctors with their umbilical chords in tact before they are introduced to their parents.

Jessica's partner Will Avery, 33, filmed the clip and can be heard saying to his girlfriend: "Oh they're gorgeous."

But while Jessica and Will were delighted to discover they were expecting triplets, they originally hoped to give their four-year-old son Billy a younger sister or brother. 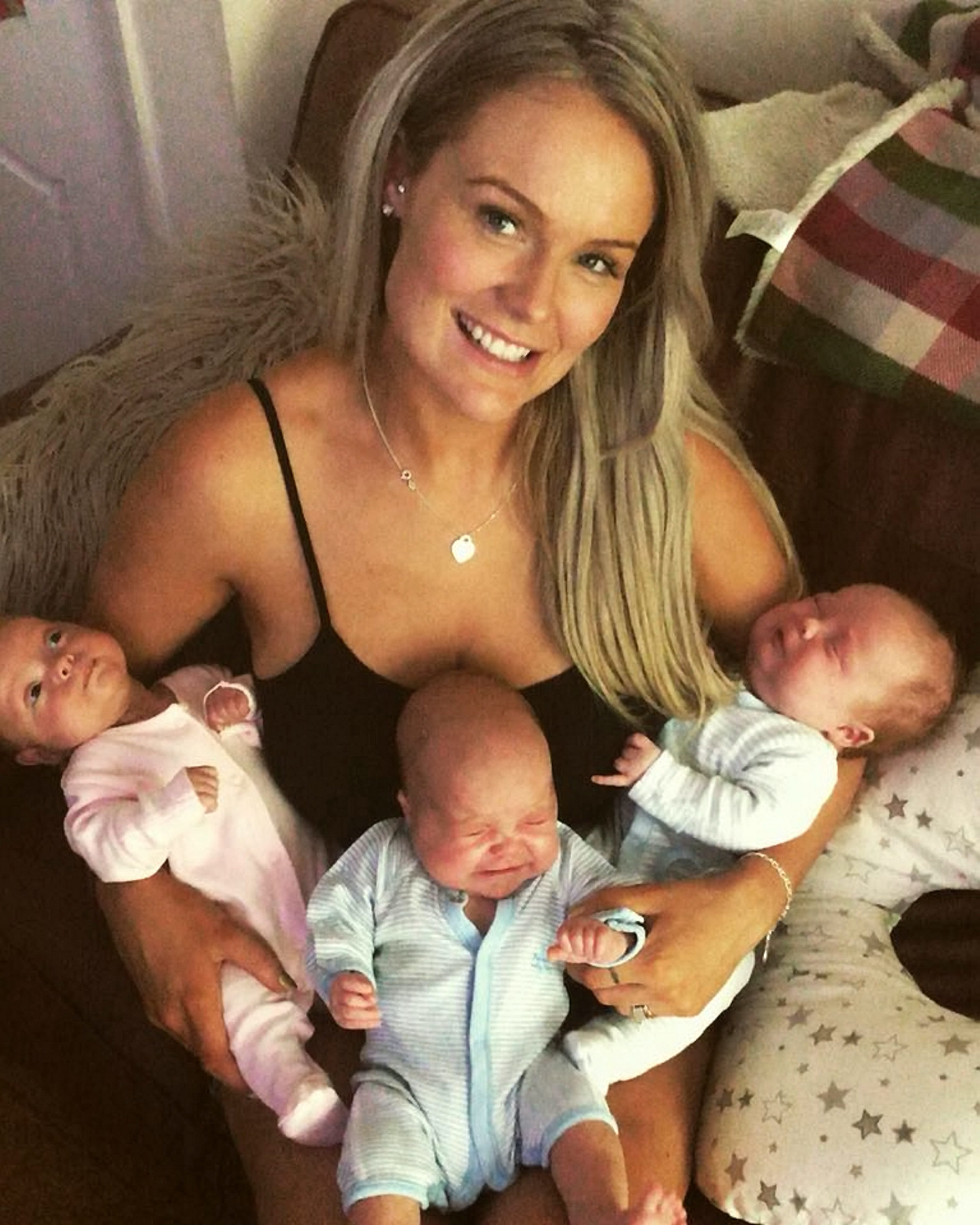 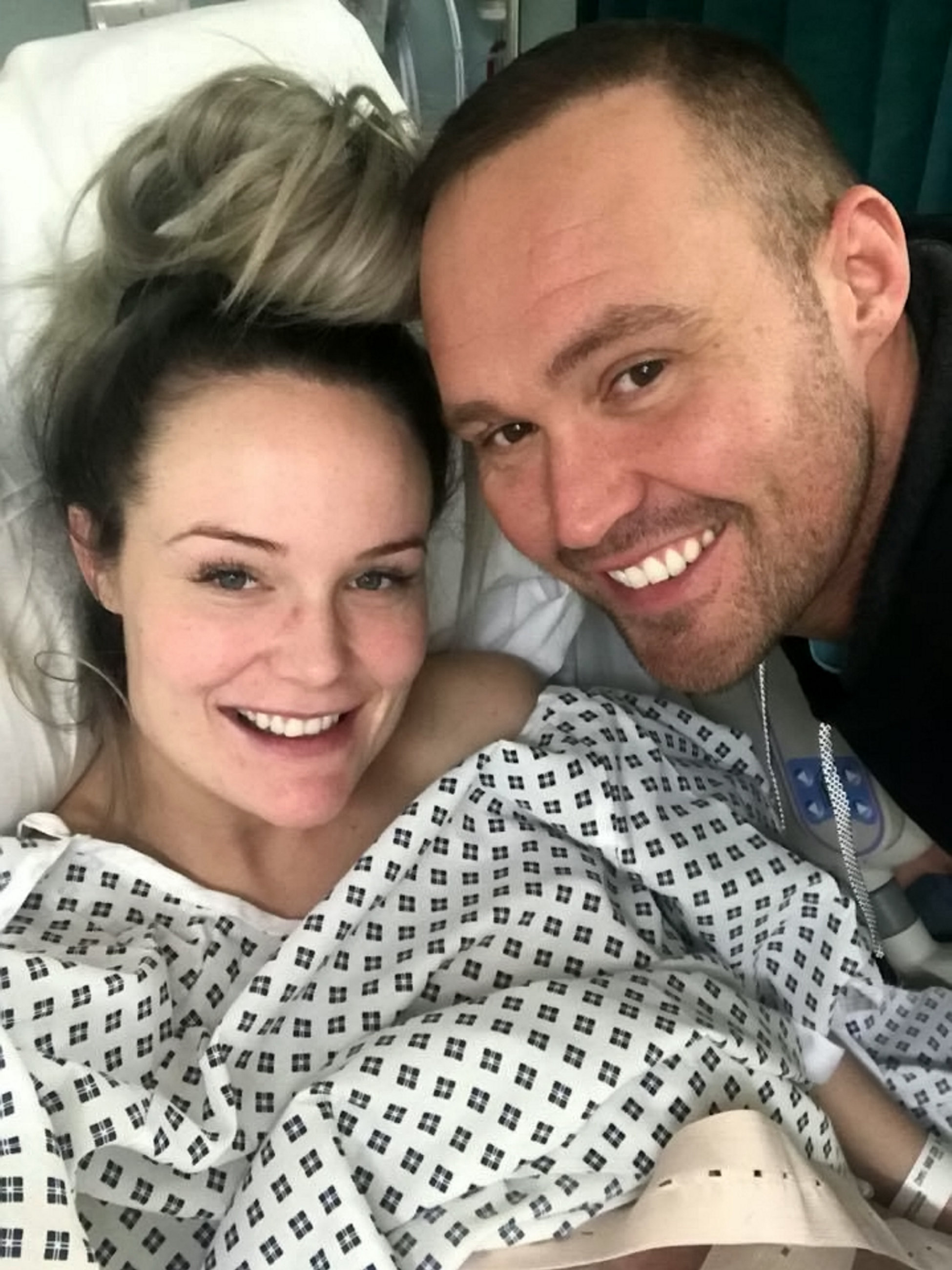 Jessica said: "It was an incredible surprise to find out we were expecting triplets and they've brought so much love and laughter to our lives since their arrival.

"I'm so happy we managed to capture the moment they arrived in the world on video to look back on. It was an emotional time."

The mum-of-four was working as a carer for people with learning disabilities when she discovered she was expecting twins.

She added: "We went along to the scan, thinking we'd just see this one little baby we'd been dreaming about, but we were in for a real shock.

"We just wanted to make sure everything was OK before we went away." 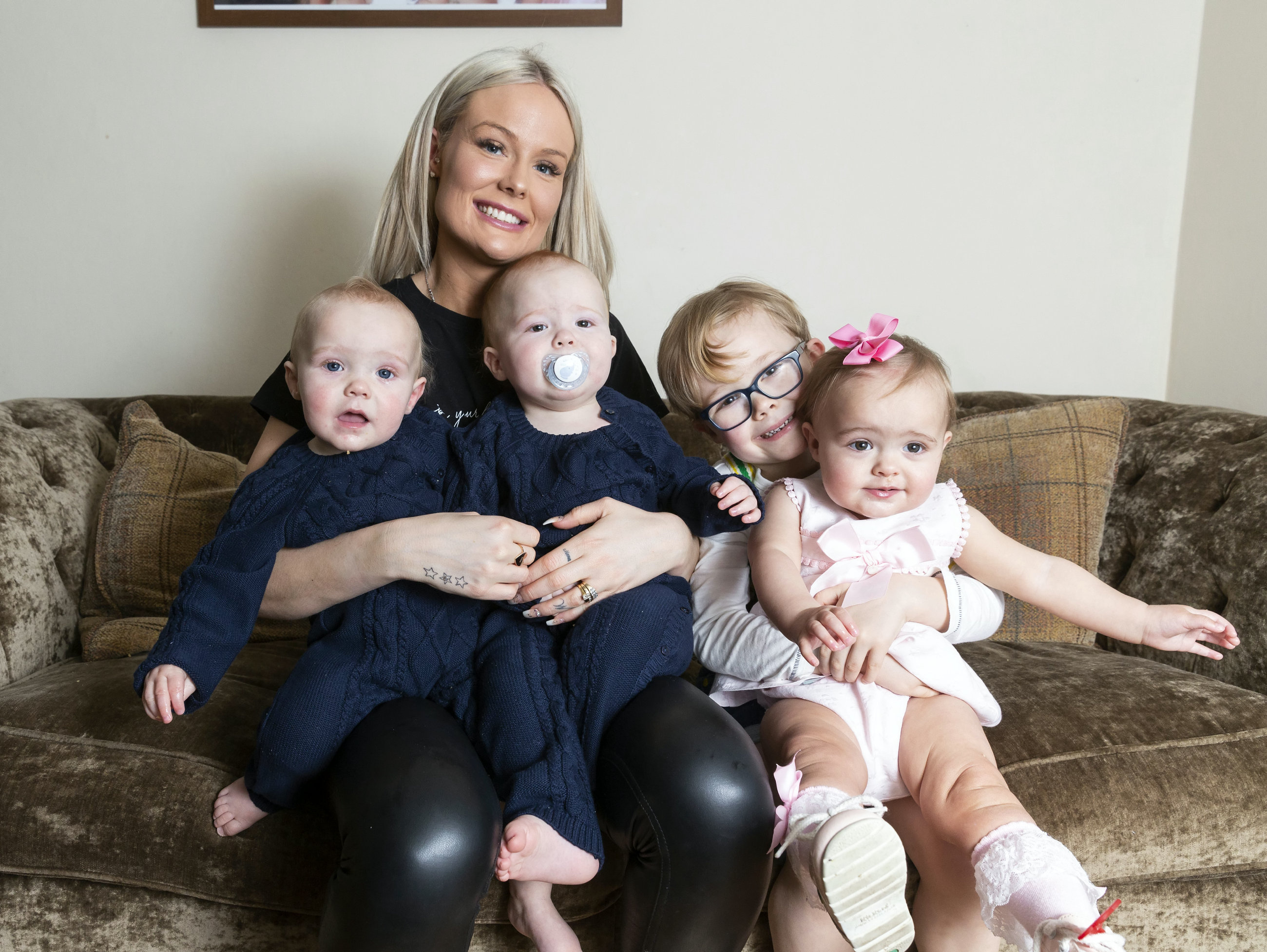 However, the couple were left "gobsmacked" by the happy news.

"We kept repeating: 'Three triplets? Are you sure?' as the sonographer kept the scanner on my belly showing us three heartbeats fluttering, " Jessica added.

Meanwhile, Will genuinely believed that his girlfriend had planned it all as an elaborate prank.

Jessica continued: "Will was convinced I was playing a practical joke on him and thought I'd called ahead to set up an elaborate prank.

"It took me a while to convince him that wasn't the case and we were actually having triplets."

The couple had also taken their son Billy along to the scan with him but say he "didn't really understand" and "was more interested in the toys in the waiting room." 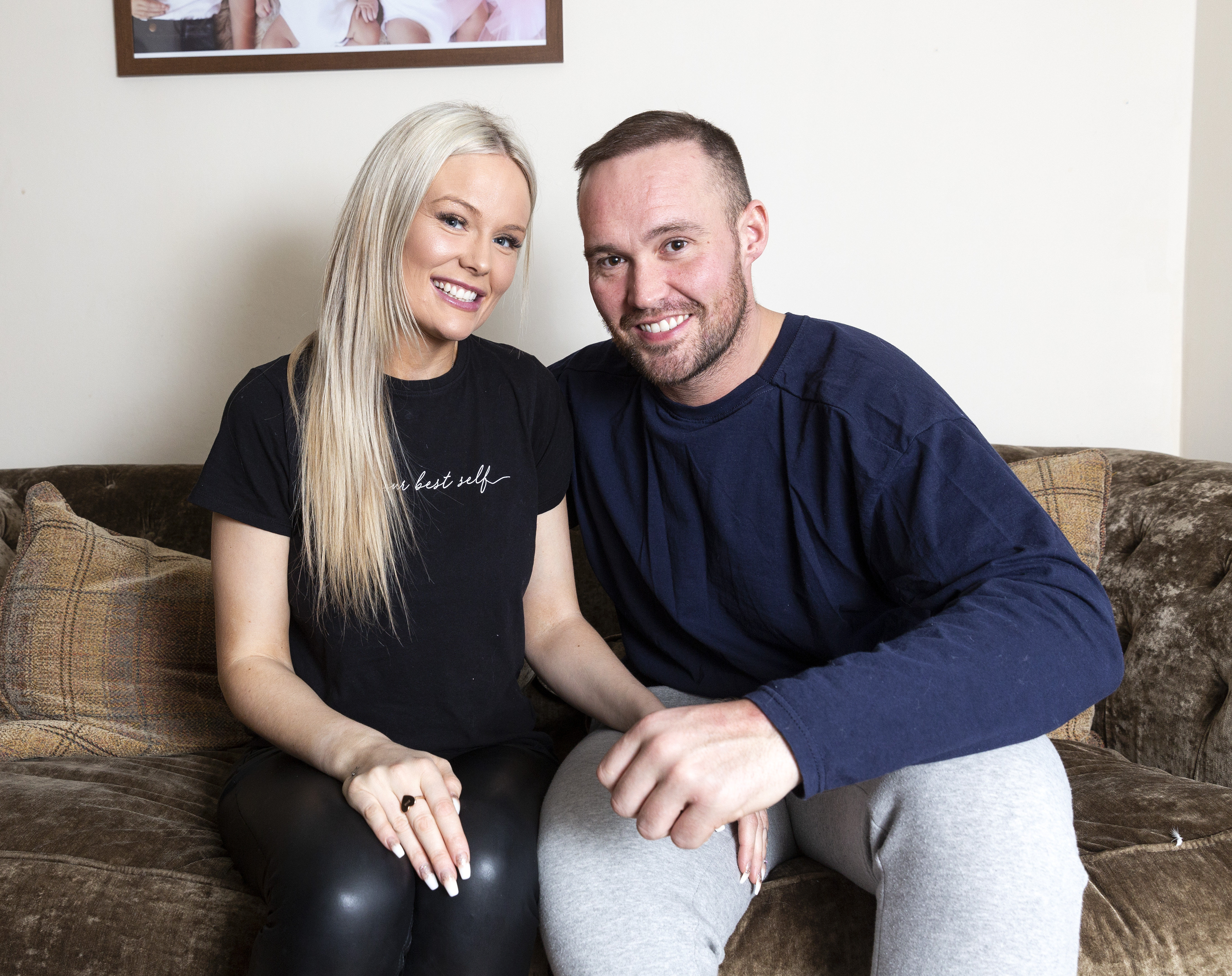 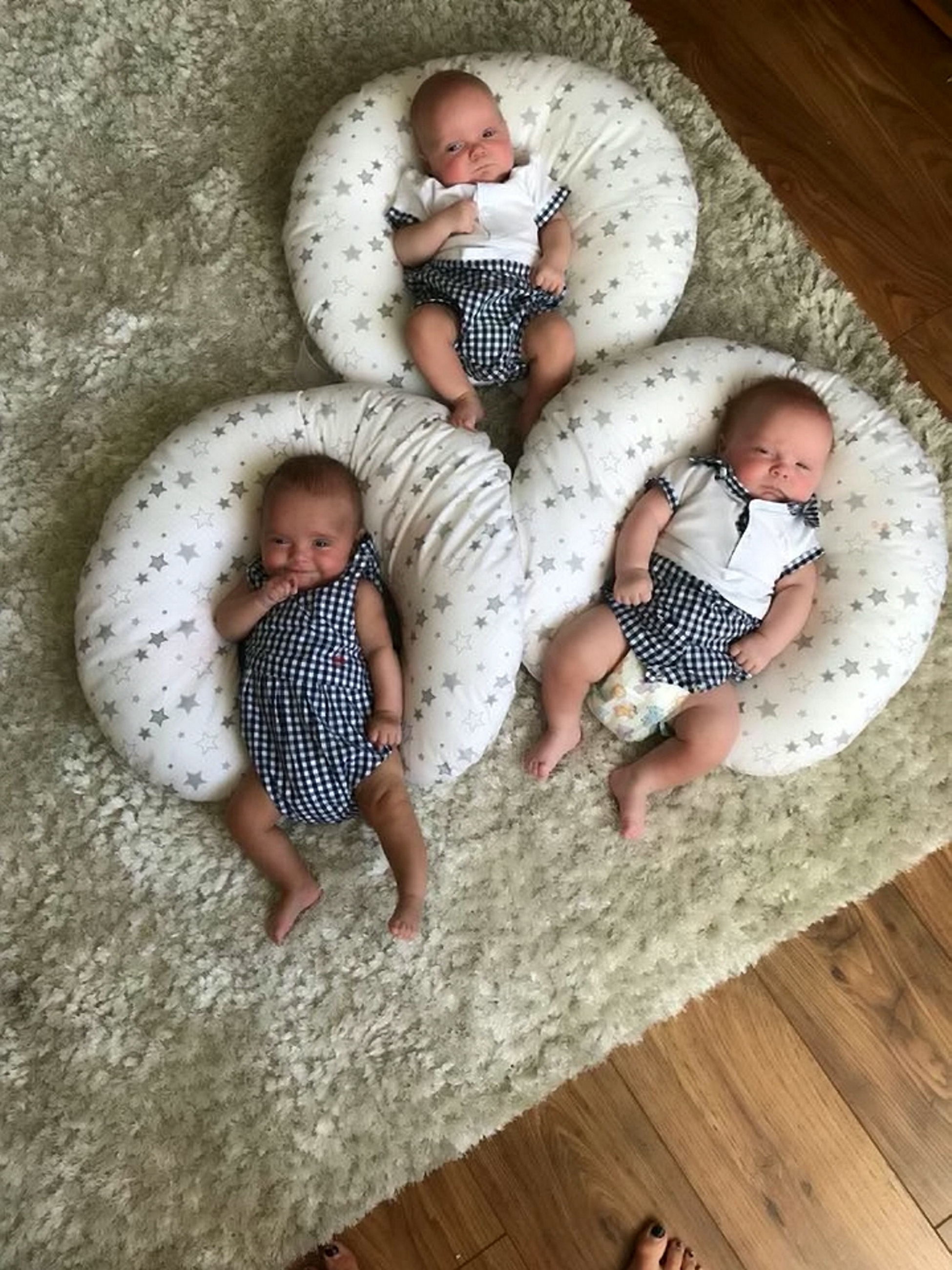 As Jessica's bump continued to grow, the four-year-old became increasingly excited over the prospect of becoming an older brother to THREE siblings.

The mum said: "As my bump got bigger he got excited and he would – and still does – tell anyone and everyone he comes into contact with that he's brother to triplets and lists their names.

But the fact that she was expecting naturally-conceived triplets wasn't the only unusual thing about her pregnancy.

Describing some of the weird and wonderful cravings she had, Jessica added: "I had cravings for pine bleach or mint flavour and I would mop the floors with it over and over again and clean up with it and crunch on glasses of ice all day long." 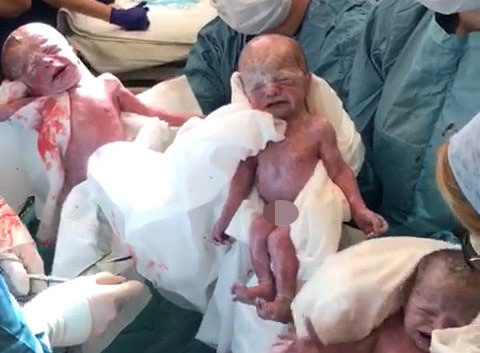 Although Will and Jessica were originally told they were expecting three boys, they later discovered they were actually having two boys and a little girl.

Jessica said: "We had a reveal party to announce what sexes we were having and I was scanned and told I was having three boys – so Billy was very excited.

"But when I was scanned later on down the line, I was told one of them was a girl and we were over the moon to be having a girl and didn't have to answer the question 'Are you going to try again for a girl?' as people thought we were having four boys."

As she approached the later stages of pregnancy, Jessica decided to have a C-section and the twins were born at 34 weeks on 20 March 2018. 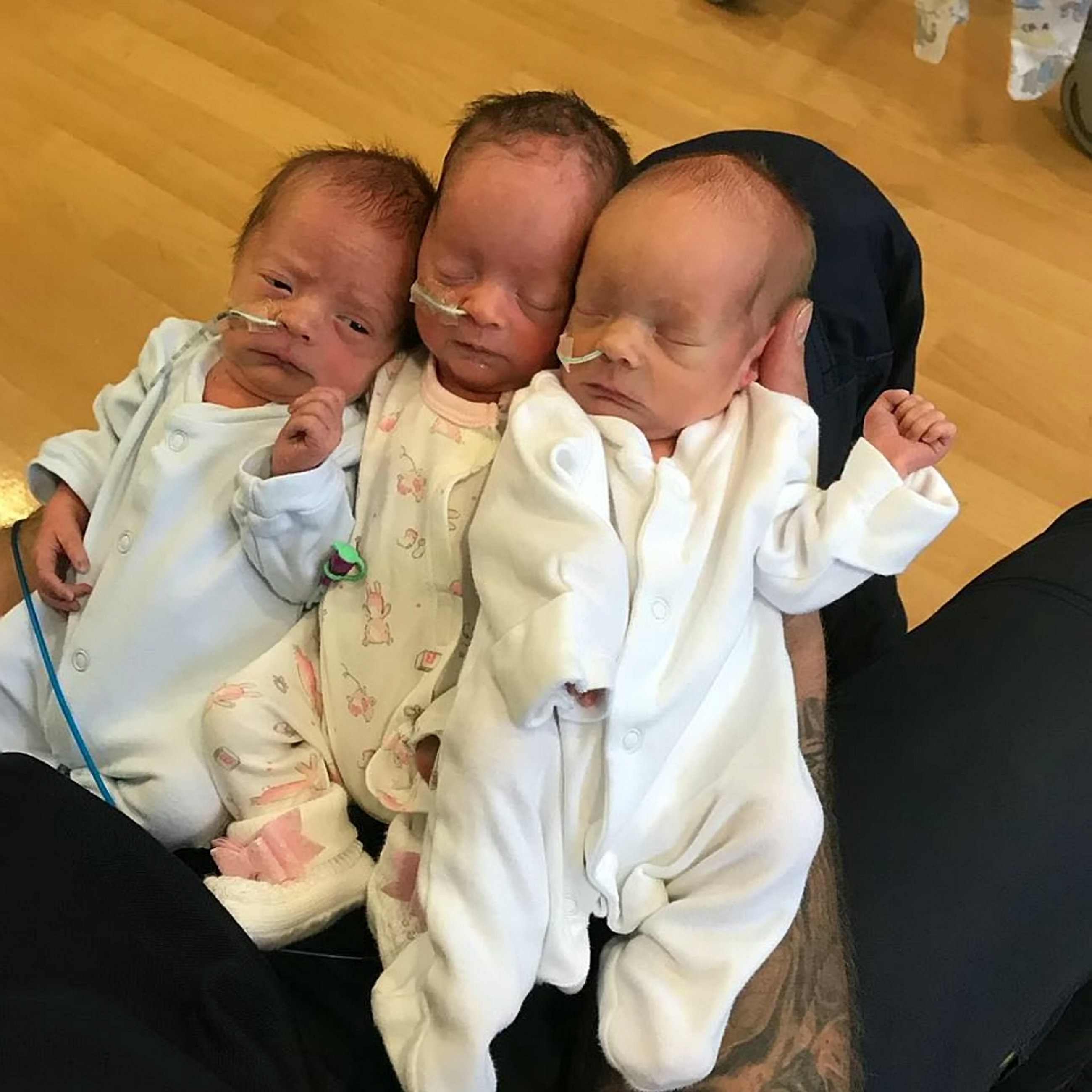 Although Sonny and Sidney were born in the same sac at 6:54am, the couple's daughter Betsy followed at 6:55am.

Jessica said: "I had a hold of the boys straight away for a little minute, but Betsy got taken straight to neonatal and then the boys followed.

"I saw them a few hours later when they were all settled and been seen by doctors."

Commenting on how their son has adapted to life with the triplets, Jessica said: "Billy is an amazing big brother. He helps and plays with them. He's a star!

"The first time I saw them he kept stroking them and just wanted to take them home.

"He was made up that they have dummies as he got rid of his and likes to pinch their's now." 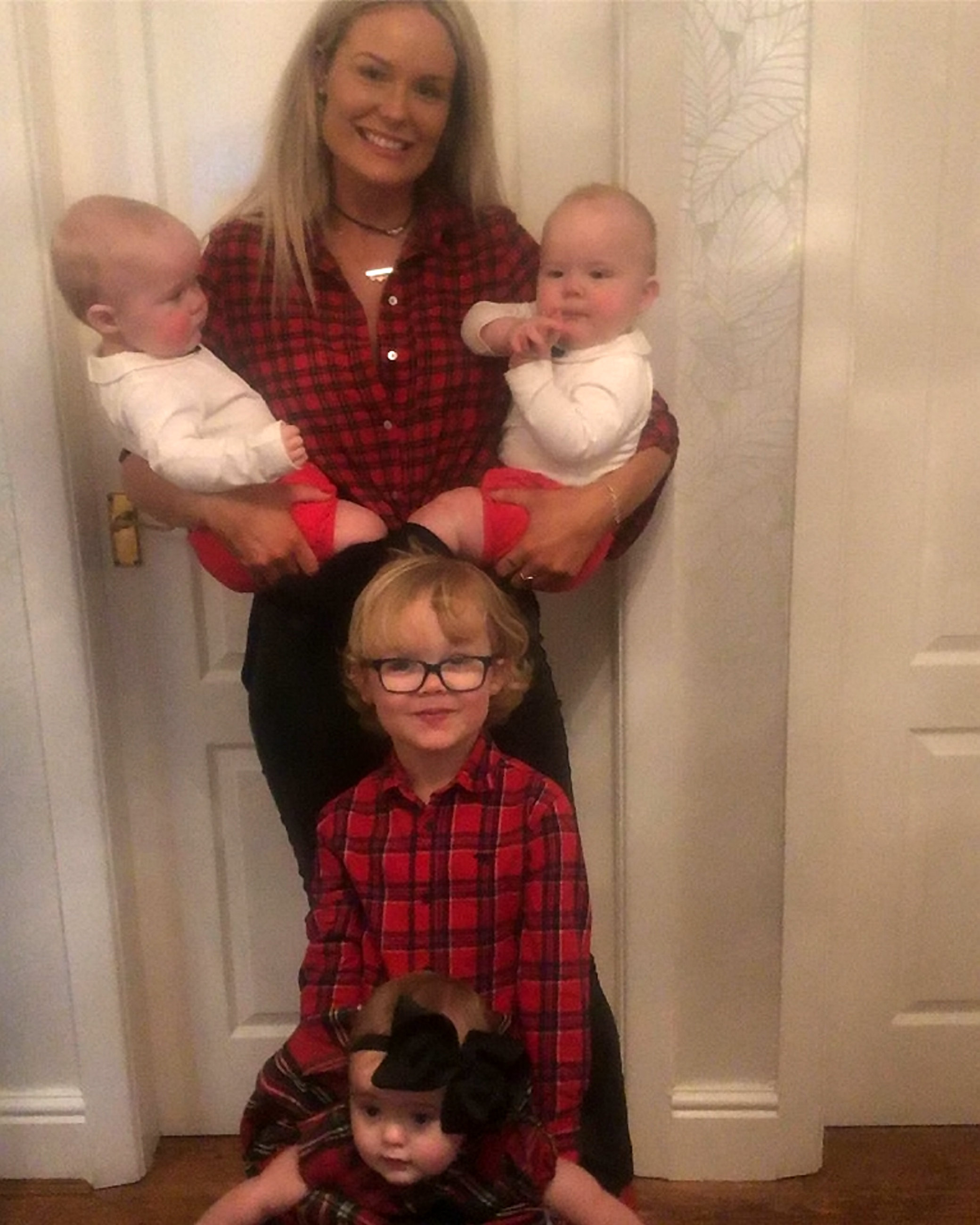 The mum-of-four also acknowledged that the triplets share certain qualities, but are all unique in their own way.

She said: "Sonny is very laid back and is the biggest out of the three – he likes to be around other children.

"Sidney is a mummy's boy loves cuddling and having one to one time and Betsy likes her own space – she's a typical girl and doesn't like being mothered and squeals if they touch her or try and pinch her bows."

To celebrate the triplets' birthday earlier this week, the parents celebrated by throwing a joint part with Billy at a local play area.

Jessica added: "We are going to go the zoo on their actual birthday and we are having a tea party for their little friends."

In more parenting news, this is the incredible moment a newborn baby pulled an iconic superhero pose seconds after being born via C-section.

And this mum who named her daughter Disney believes she'll "blend in" at school and admits "she'd love a son called Sonic".