A MUM was left mortified as she shared her toddler daughter's hilarious reaction to her trying on a very risqué bikini top that barely covered her boobs.

TikTok user @prxttyface_jass shared a video of her little girl questioning her over her skimpy swimwear and hilariously trying to pull her bikini top down to cover up her cleavage. 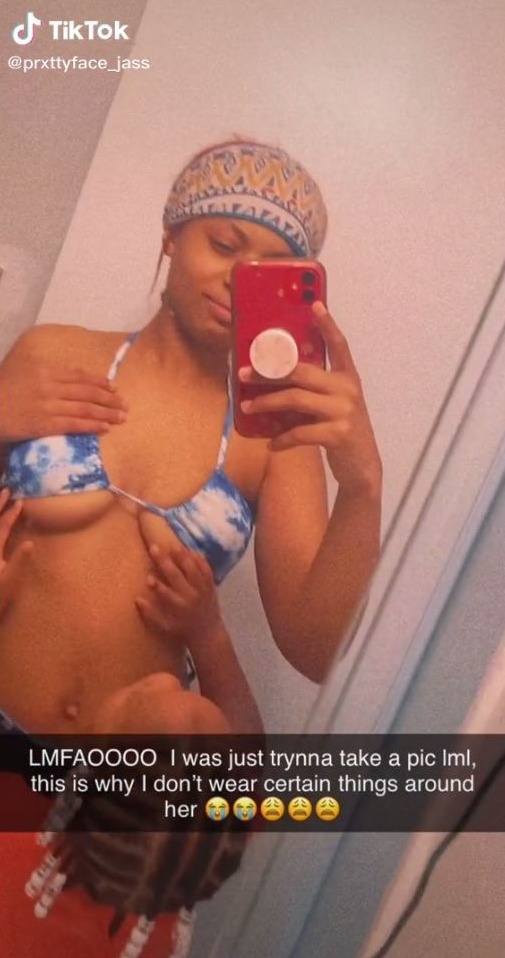 Jumping on the upside down bikini trend, the mum had been trying on the bikini top that almost looks like it's on the wrong way round.

In her video – that has been watched nearly half-a-million times online – the busty design leaves little to the imagination and seemed to turn the head of her daughter, who had one all important question for her mum.

Tugging at the bikini top, the toddler is heard saying: "Why are these down here, if these are not up here?"

"Are you for real? Stop," the mum says, as her daughter tries to pull down her bikini top and blows a raspberry on her stomach. 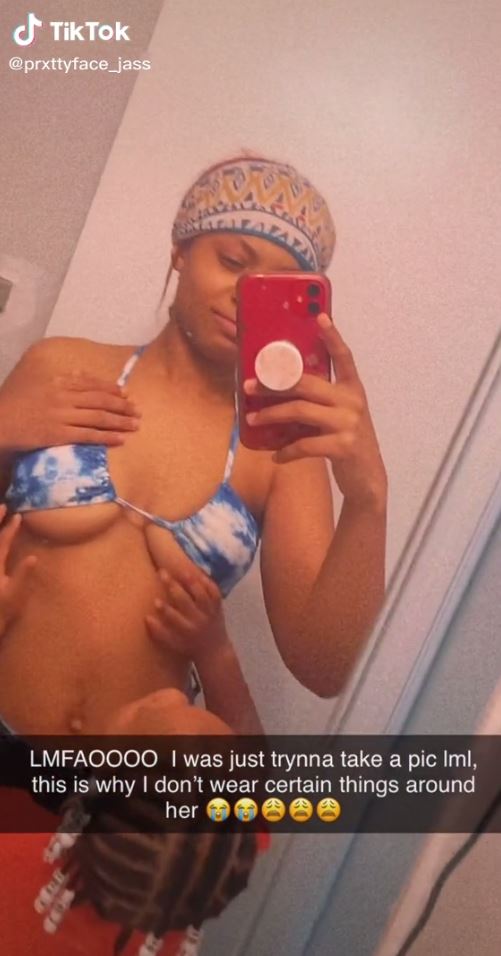 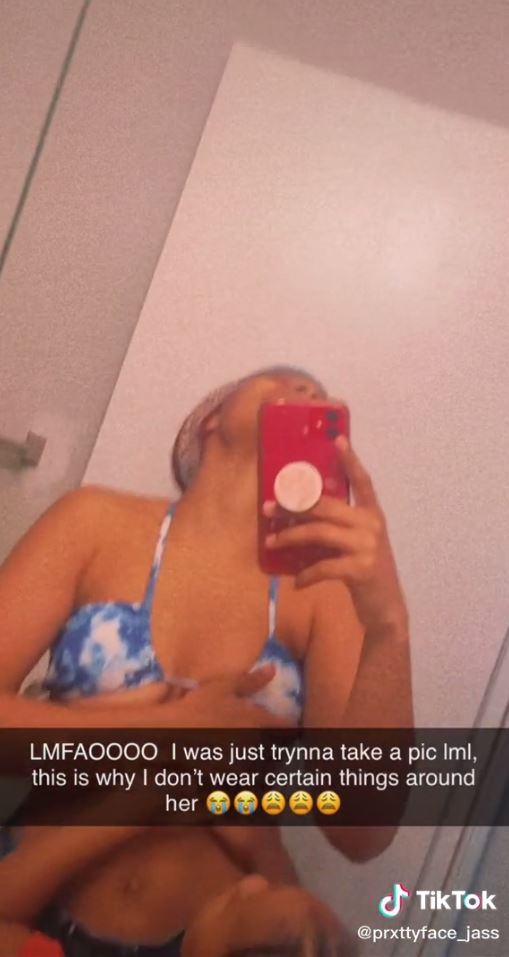 "LMFAOOOO I was just trynna take a pic lml, this is why I don't wear certain things around her (sic)," the mum revealed.

She captioned her post: "I have one of the funniest toddlers I stg my daughter is too funny when she checks me (sic)."

Hundreds commented on the mum's post, with people left in hysterics over the little girl's reaction.

"She basically said yo shirt is broken! [Lmao]," penned one person.

Another said: "Love kids they are brutally honest.

"Omg kids always here to humble us," agreed one more, while a fourth person joked: "She's trying to save mummy's soul."

"OK that was literally the funniest thing I've seen all day," said one person, as another shared: "Listen to the babies, they tell no lies and keep us honest."

Meanwhile, new mum shames her ex for leaving her for a 16-year-old – but people say SHE’S the ‘trashy’ one.

Plus, another mum reveals simple hack to keep your clothes wrinkle-free WITHOUT ironing.

And this woman was seen begging for help after kids COVER her white wall with multicoloured scribbles but gets shamed for letting it happen.