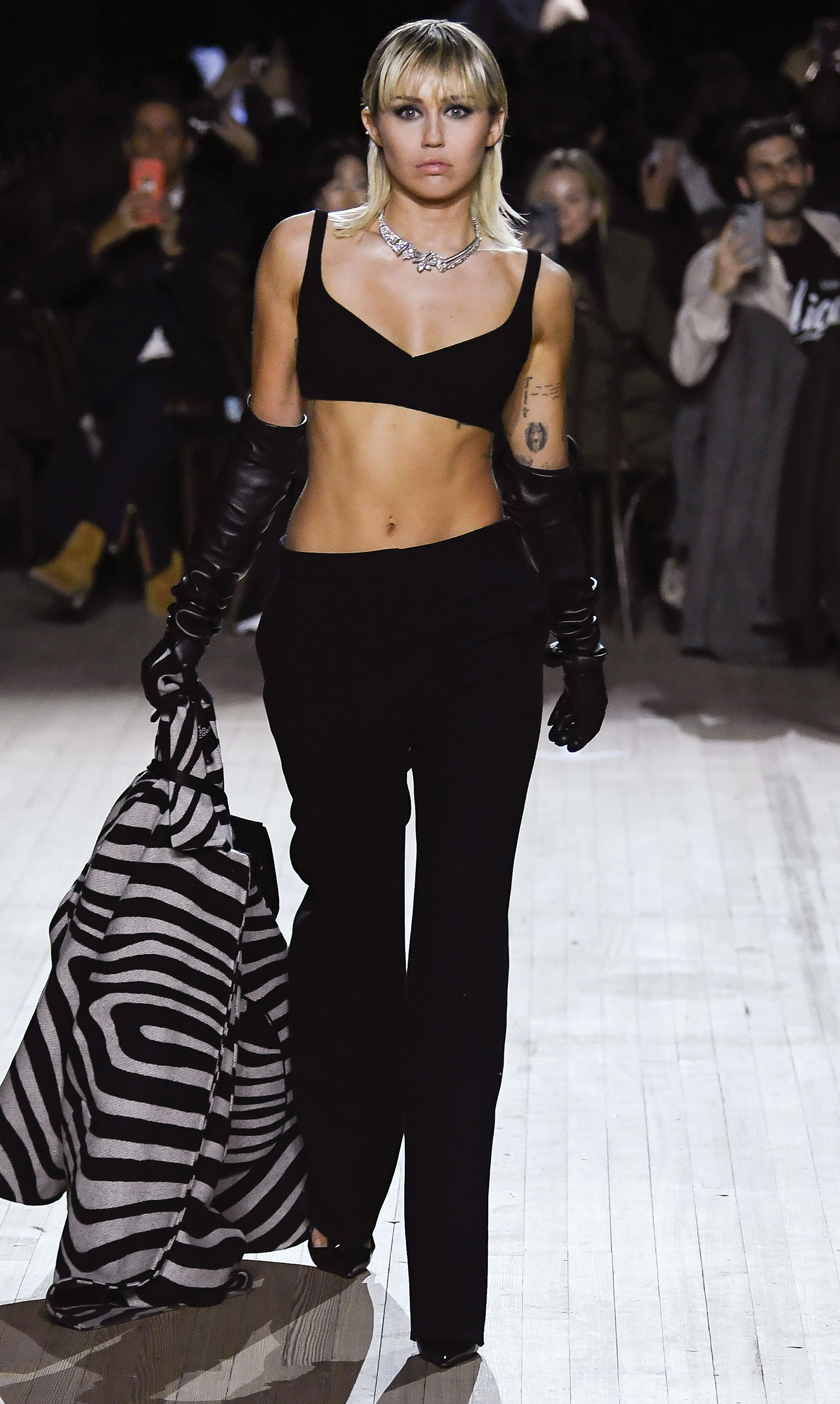 Step aside Bella Hadid and Kaia Gerber, Miley Cyrus is here to steal the title of catwalk queen at NYFW.

The former Disney Channel star made a surprise appearance on the Marc Jacobs Fall-Winter 2020 runway during New York Fashion Week. On Wednesday, February 12, the 27-year-old strut her stuff in black trousers and a matching bra with her insanely toned abs on full display. To amp up the look, she rocked a pair of over-the-elbow leather gloves and a zebra-print coat that she carried in one hand.

From the Front Row to Epic Parties, This Is the Best Celebrity Style at NYFW Fall-Winter 2020

“Genius design and execution,” she wrote in an Instagram caption alongside a video on Wednesday night from backstage. Her boyfriend Cody Simpson cheered her on in the comments, writing, “Galvanized, you are beyond.”

Other A-listers on the Jacobs’ runway included Gerber, Bella and her sister Gigi as well as Karlie Kloss. As if that wasn’t enough, there were also plenty of fashion legends taking it all in from the front row. This included Naomi Campbell, Nicki Minaj, Yolanda Hadid and Anna Wintour.

The “Wrecking Ball” singer and designer have a long working relationship with one another, starting back in 2014 when she starred in the brand’s spring-summer campaign shot by David Sims.

“We all just love her and her entire being, her energy, her talent, her intelligence, everything,” Jacobs told WWD at the time. “There’s nothing I don’t like about her. She is just genuine and very natural.”

And just last year, they teamed up to create a pink hoodie that read, “Don’t f— with my freedom,” from which all proceeds benefited Planned Parenthood.