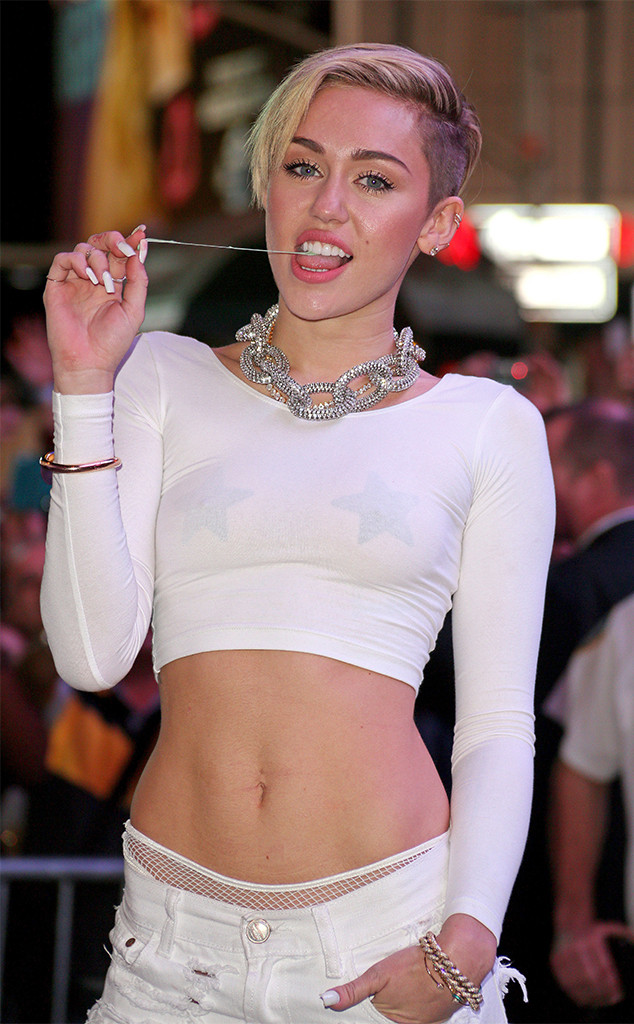 Miley Cyrus has declared herself the inventor of nipple pasties.

Though the accessory has been around since the 1920s, and has been worn by stars Lil’ Kim, Paris Hilton and Lady Gaga over the years, it seems as though Miley is giving herself some credit for making pasties a fashion statement during her Bangerz era. The 26-year-old singer, who released Bangerz in Oct. 2013, has been celebrating the sixth anniversary of her iconic album with a series of posts on social media.

She later added, “6 years ago my life changed forever.”

On Tuesday, Miley returned to Instagram to continue the celebrations, sharing photos of herself from the Bangerz promotional tour. In one of her social media posts, Miley shared throwback pics of herself in a white crop top shirt, with star nipple pasties in clear view underneath.

The “Adore You” singer also shared photos from the Bangerz album release party on Instagram, while spilling some behind-the-scenes secrets from the celebrations.

“6 years ago today I was really drunk,” Miley wrote, adding that “oh yeah” she also “threw a Bangerz album release party in NYC.” 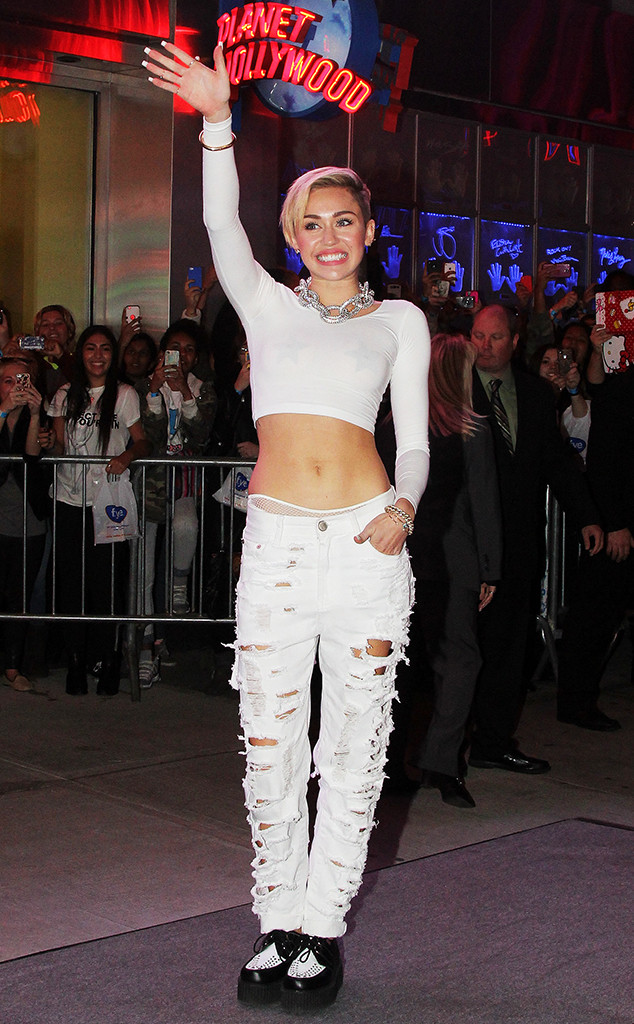 Bangerz was a very transformative album for Miley, taking her to a new level with her music. On the album, Miley collaborated with producer Mike WiLL Made-It, as well as artists Future and French Montana.

In her celebratory posts on Tuesday, Miley gave a shout-out to her collaborators, thanking them for their contribution to the album.

“ICONS only! Loved co-writing #Bangerz with all these dudes!” Miley captioned her post. “@mikewillmadeit came on and produced the f–k out of this record! @future and I wrote songs like ‘Love Money Party’ and ‘Stand’ together! Thank youuuuu for jumping on FU @frenchmontana.”

Don’t miss E! News every weeknight at 7, only on E!