First Lady Melania Trump, 50, showed off a very different number from her designer wardrobe for a special Independence Day event. The former model joined her husband, President Donald Trump, 74, for an evening at Mount Rushmore for an early Fourth of July celebration on Friday. But while Melania is known for her impeccable and expensive style, her dress may have divided some fans.

Melania has an enviable wardrobe, with plenty of designer items that come at eye-watering prices.

The Slovenian-born First Lady has become a style icon thanks to her earlier career as a fashion model, appearing on the covers of many high-end glossy magazines.

But while she may have left the catwalks behind, Melania still impresses with her designer labels and stylish choices – though she sometimes causes controversy with her picks, too.

In recent months the First Lady has stuck to more tailored outfits, as well as showing off her expensive designer accessories such as her Birkin bag collection. 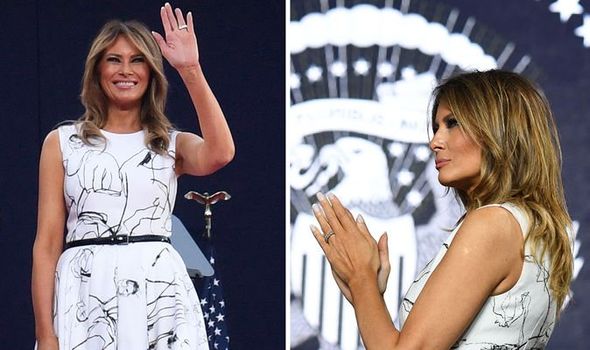 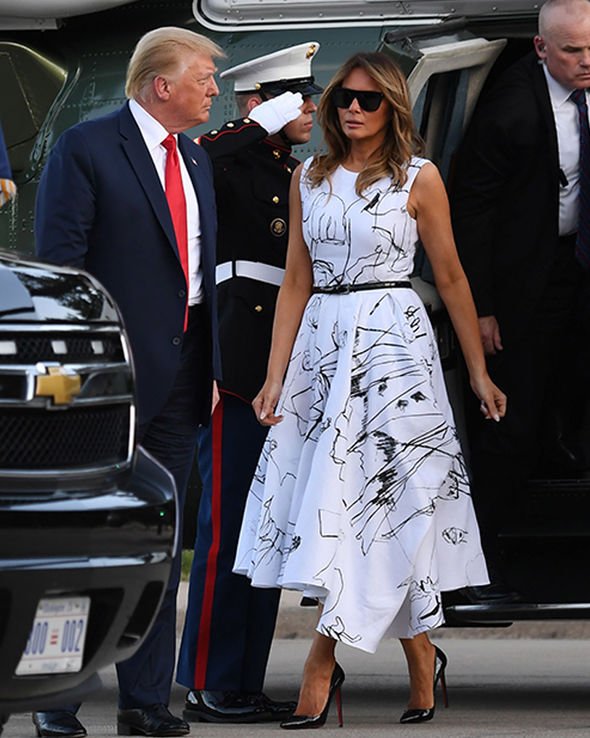 However, her latest look was a departure from her more chic and classic styles, making headlines as some social media users joked about its unusual print.

Melania attended an Independence Day celebration on Friday with her husband, wearing a white dress from Alexander McQueen that costs almost £2,000.

The white sleeveless dress featured an asymmetric hem, with a full skirt and a bizarre doodle print.

The dress was from the designer’s Spring 2020 collection and was made with the help of English design students in London.

The unique print was created in a collaboration between the label and Central Saint Martins students, who drew sketches during a life-drawing class led by fashion illustrator Julie Verhoeven.

The drawings were then hand-embroidered and stitched into the linen dress by the whole McQueen team.

According to Paper Magazine, The Stitch School – a group that fosters community through needlework – provided the teams in London and Paris with specialist tables and looms, so that every single member of staff could contribute in the making of the dress.

The dress and a matching handbag were then revealed in the catwalk shows for the designer’s Spring 2020 collection. 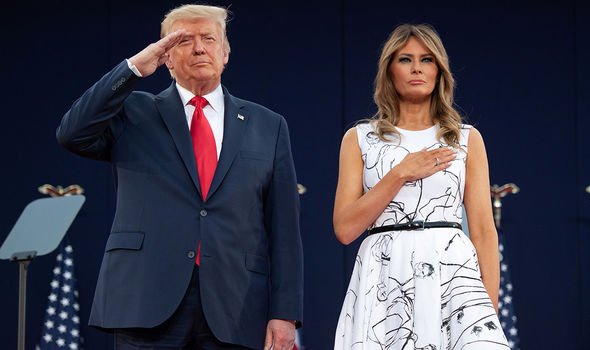 Melania paired the look with a pair of black Christian Louboutin shoes with the signature red soles, which retail for £525, as well as a thin black belt at the waist.

Melania looked stunning in the A-line dress, showing off her glowing tan and bright white manicure.

She also sported a pair of dark black sunglasses for the event, an accessory that she has become well known for ever since entering the White House – though she took them off once they reached the stage to address the crowd.

But social media fans weren’t so quick to compliment the look, joking that the President had been let loose with a sharpie on the flight. 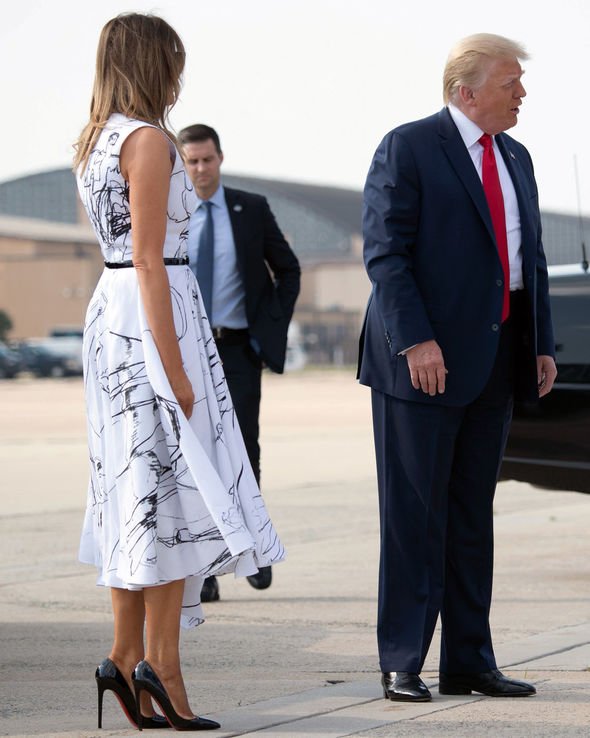 “Donald Trump got bored and drew all over Melania’s white dress with a sharpie on Air Force One,” wrote one Twitter user.

But while it may have been a strange choice for the event, Melania took to her Instagram account to reflect on a great evening for the celebrations.

“Wonderful evening at the majestic #MountRushmore celebrating the spirit of America’s Independence & witnessing a beautiful display of fireworks. Let’s reflect on the ideals that make this country great & always remember the blessings of freedom & liberty,” she wrote.