But if you're marrying a Prince, the pressure to make everything picture perfect is multiplied. 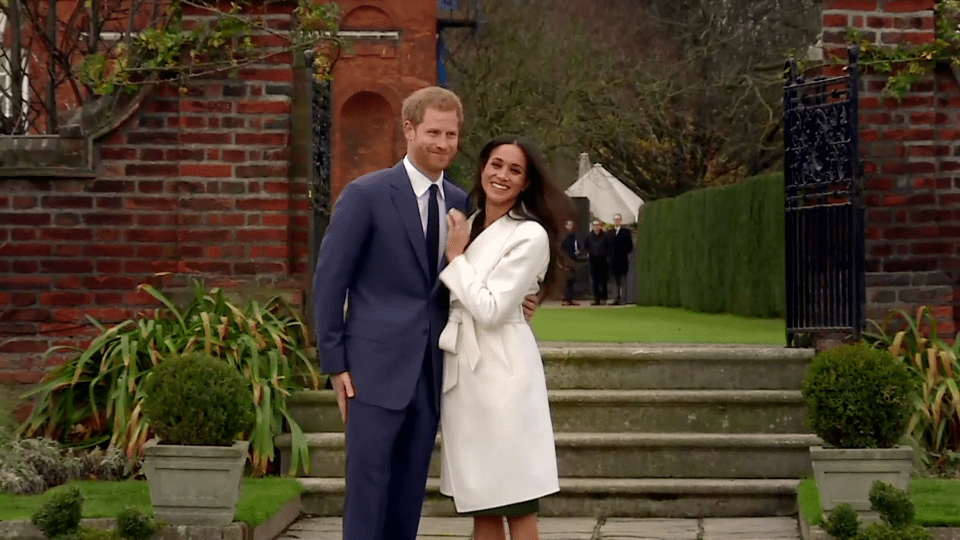 Meghan Markle's wedding to Prince Harry on May 19 has been organised under a veil of secrecy with only a few snippets about the big day known so far.

Now a new documentary presented by Sir Trevor McDonald and Julie Etchingham reveals how hard those on the inside have to work, to keep the details secret in the run up to the event.

If something were to go wrong with the dress, cake or flowers, the world would be watching so they have to get it right.

From keeping hold of their rubbish to noting down the location of potholes, there are no lengths they chosen ones won't go to, to keep the secrets of the wedding under wraps.

We already know that Harry and Megan's wedding cake will be made by American Claire Ptak, owner of Violet Bakery in London.

The talented baker has known Megan for a long time and was asked to incorporate the bright flavours of spring in the cake. 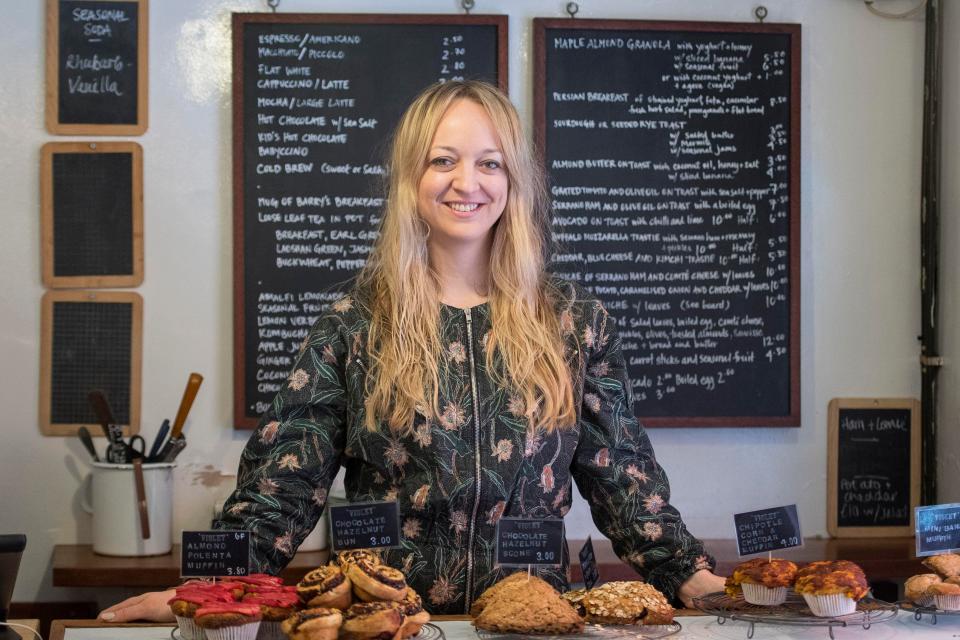 The lemon and elderflower flavoured sponge will be decorated with buttercream and fresh flowers, yum.

Kate and William had two cakes, one a more traditional fruit cake and another chocolate-covered cake based on royal recipe which was a childhood favourite of William's.

Paul Courtney of McVitie's was responsible for baking that chocolate cake. 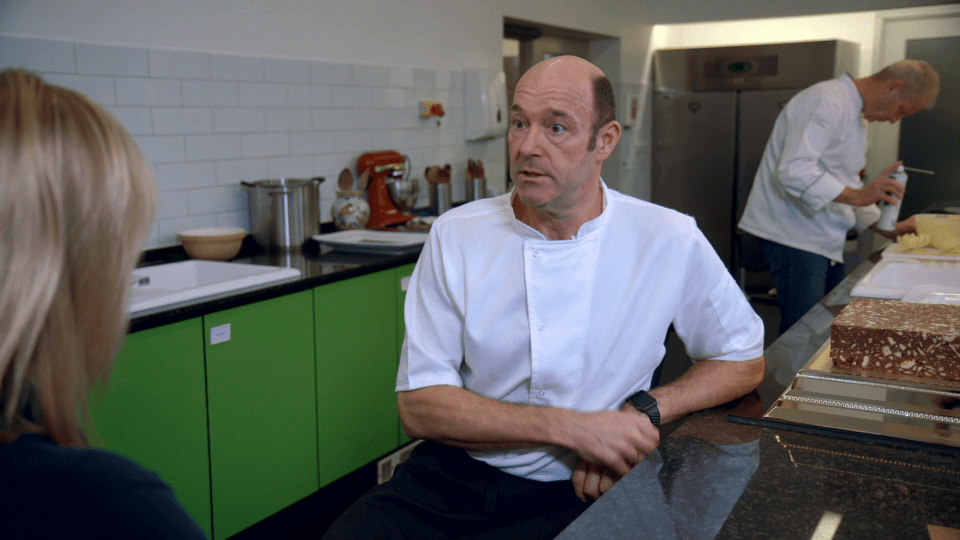 Having a spare is vital in case something goes wrong in the run up to the big reveal so his team baked two cakes which were taken in separate vans to the venue.

In the show he reveals that being able to bake isn't the only skill you need, you also need to be good at driving.

"What happens if one's in an accident? We were carrying precious cargo. I took one of the vans and drove the route three times, literally noting every pot hole, every corner!" Paul reveals.

Once the cake was safely at the venue, they weren't home and dry. 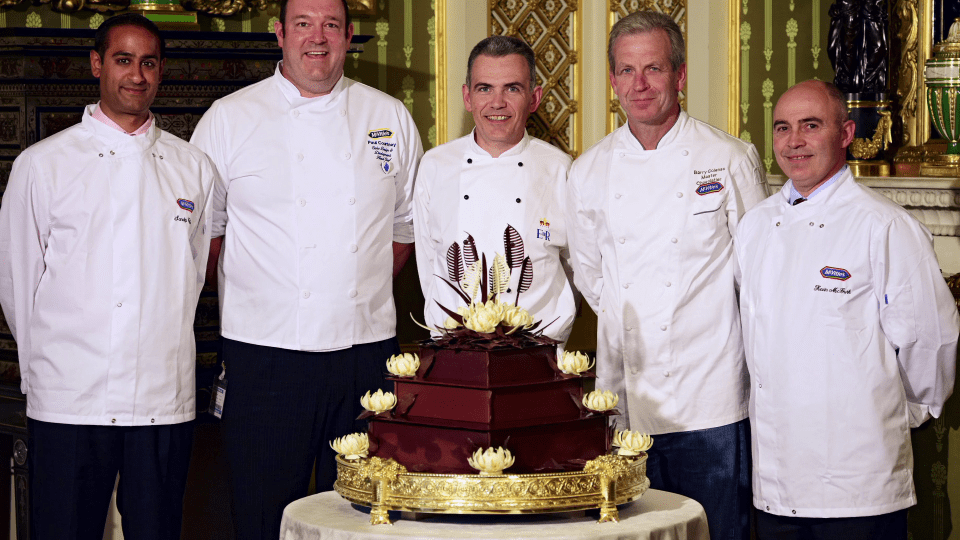 As the team finished placing the delicate chocolate decorations onto the cake, disaster nearly struck.

"Harry came bounding in, how you'd expect him to be – a fun joker. And he walked up to it, very enthusiastic. 'Oh wow fantastic! Is this chocolate?' he asks. He then picked up a piece of chocolate up and popped it in his mouth. Then he pretended to box with the top decoration," Paul recalls.

Baker Claire will have to make sure she has plenty of spare decorations and a complete spare cake to make it to the big moment on Meghan's wedding day especially if Harry gets there early.

Details of Megan's wedding dress are some of the most closely guarded secrets of the upcoming wedding. So far no clues have been given about which designer is creating her gown.

We know from previous royal weddings that those working on the dress are sworn to secrecy and have to go to extreme lengths to keep the press from finding out what they're working on. 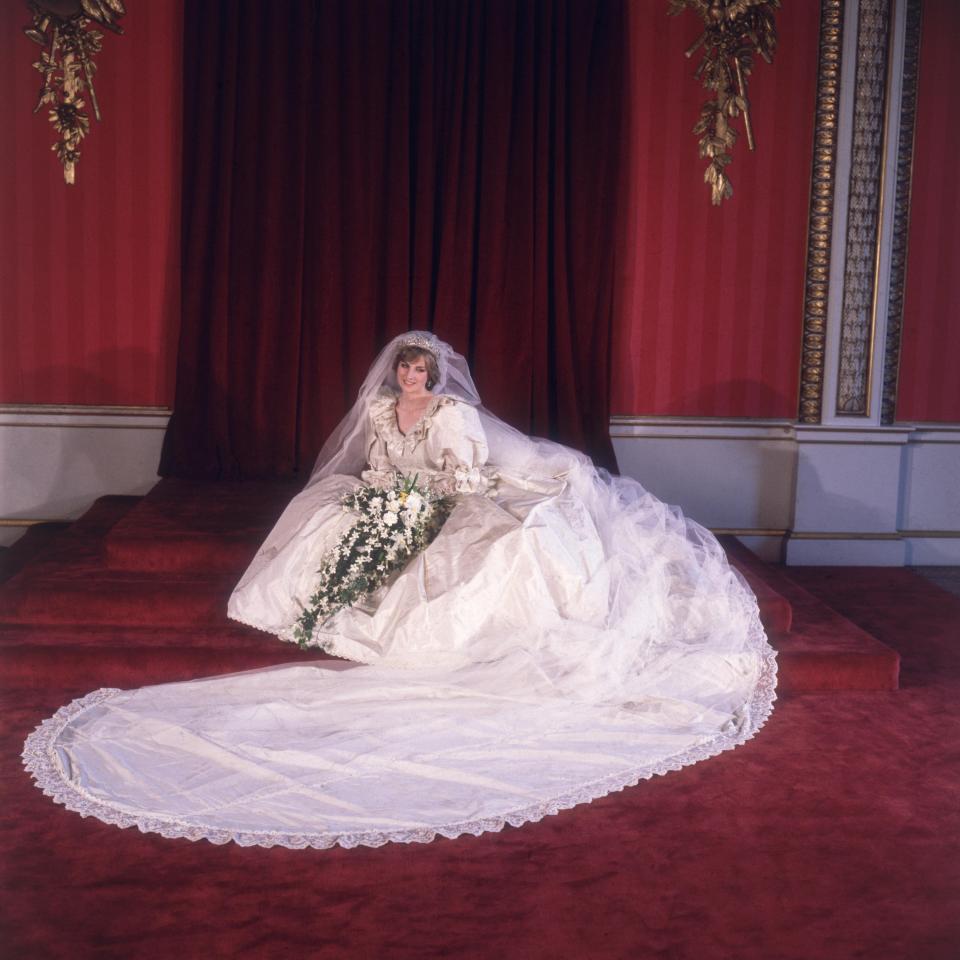 Elizabeth Emmanuel who worked on Diana's wedding dress with her then-husband David has kept scraps of the dress which made them famous.

Not because she's sentimental, but because that's what they had to do in order to make sure nobody found out about the dress before the wedding. 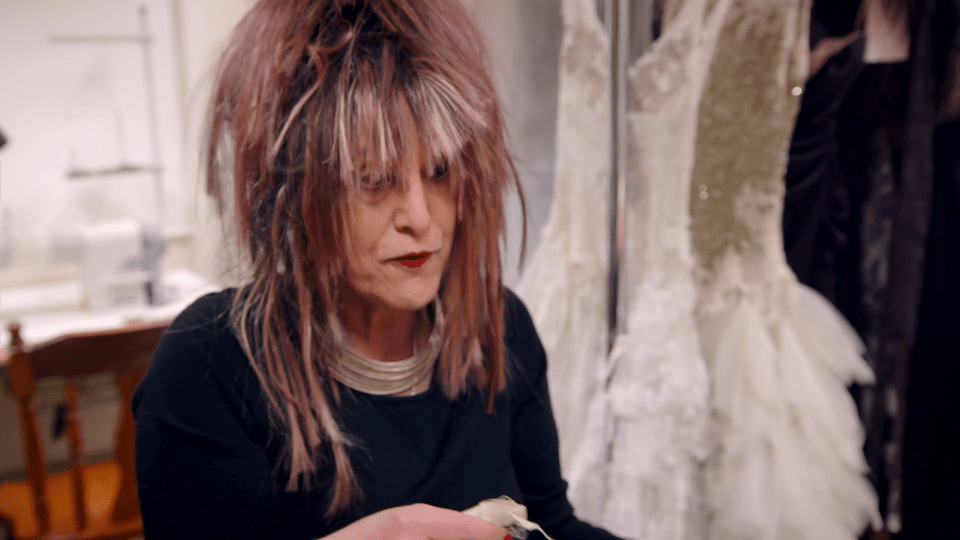 "We had to be very careful not to let any scraps fall on the floor because we didn't want them to end up in the rubbish," she revealed.

Not even a thread of the silk and taffeta dress was allowed to leave the building.

"We had a lot of journalists going through the rubbish to see what colour the dress was like." 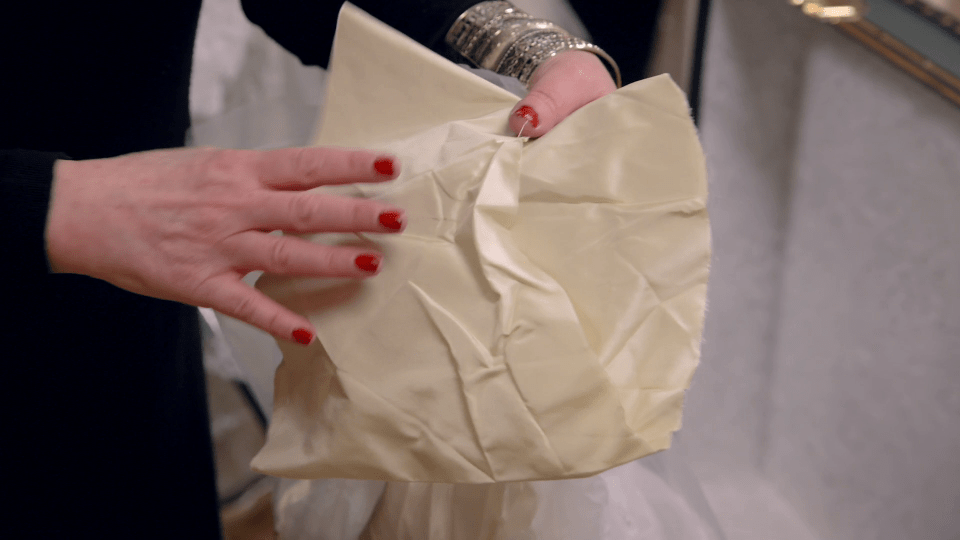 Though Elizabeth and her team managed to keep the dress secret, she was horrified to see how creased the dress looked when Diane stepped out for the first time. 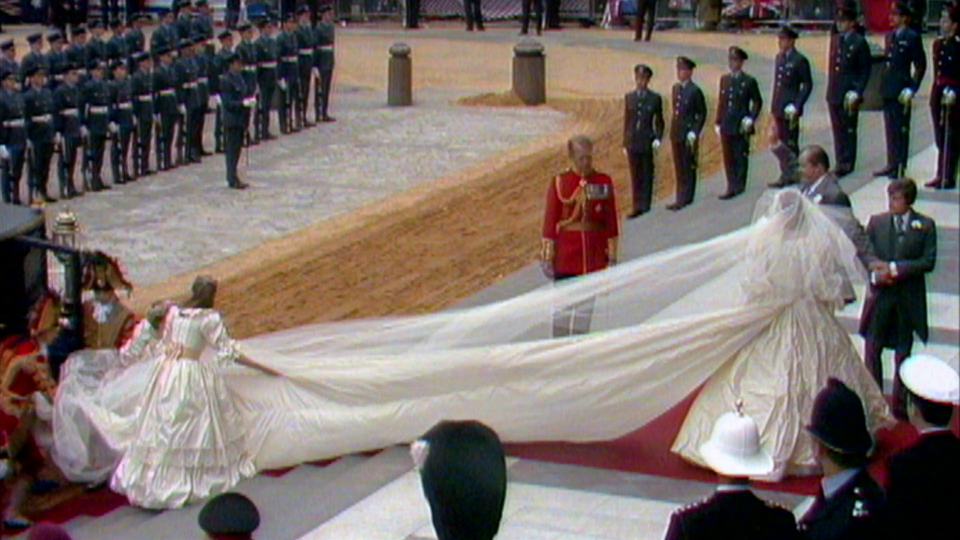 "We did know it would crease a bit, but when I saw her arrive at St Paul's and we saw the creases I actually felt faint. I was horrified," she said.

At least Elizabeth knew who's dress she was working on, many of the master craftspeople hired to work on Kate's gown, had no clue it was for her.

To complete all the intricate lacework she hired specialist seamstresses from the Royal School of Needlework. 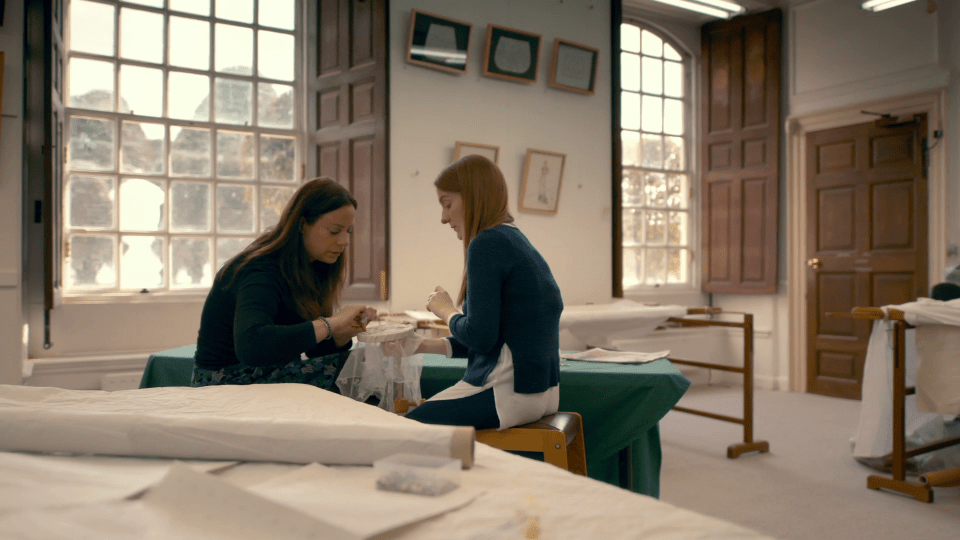 The delicate lace had to be hand sewn, and to keep it looking pristine, the artists had to wash their hands every 30 minutes.

They were told that they were working on lace for an Italian actress's costume and it wasn't until Kate stepped out in her dress that they realised what they'd really been working on. 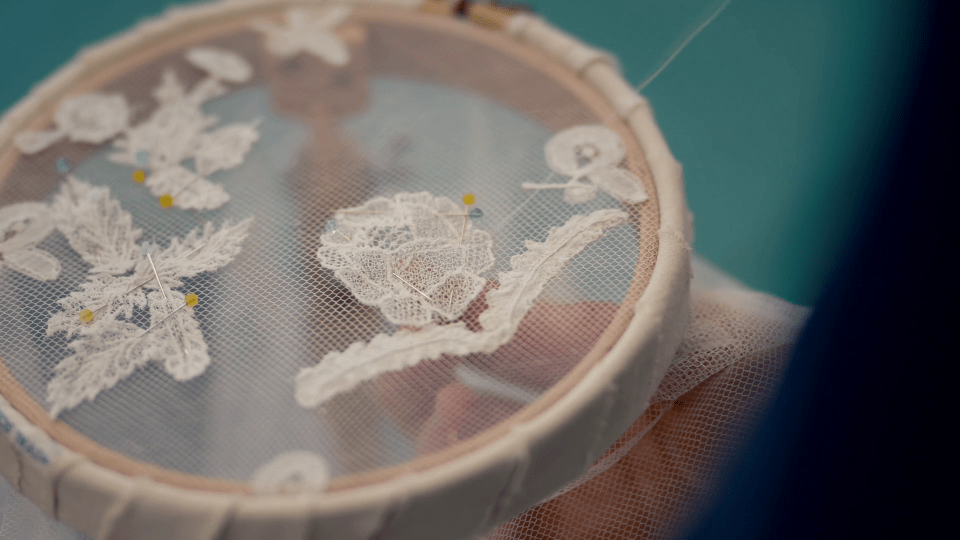 Whether Megan chooses a British designer, or one from her home country of Canada, all eyes will be on her when she steps out on May 19.

As well has having two wedding cakes, there needs to be two bouquets on hand for a royal bride.

It's become a tradition for royal brides to carry bouquets of white, and it's not known if Megan will continue to follow this rule.

We do know that the floral decorations are being handled by Philippa Craddock and that she'll be using roses, peonies and foxgloves.

However we can be pretty certain that she will include a sprig of myrtle in her bouquet. 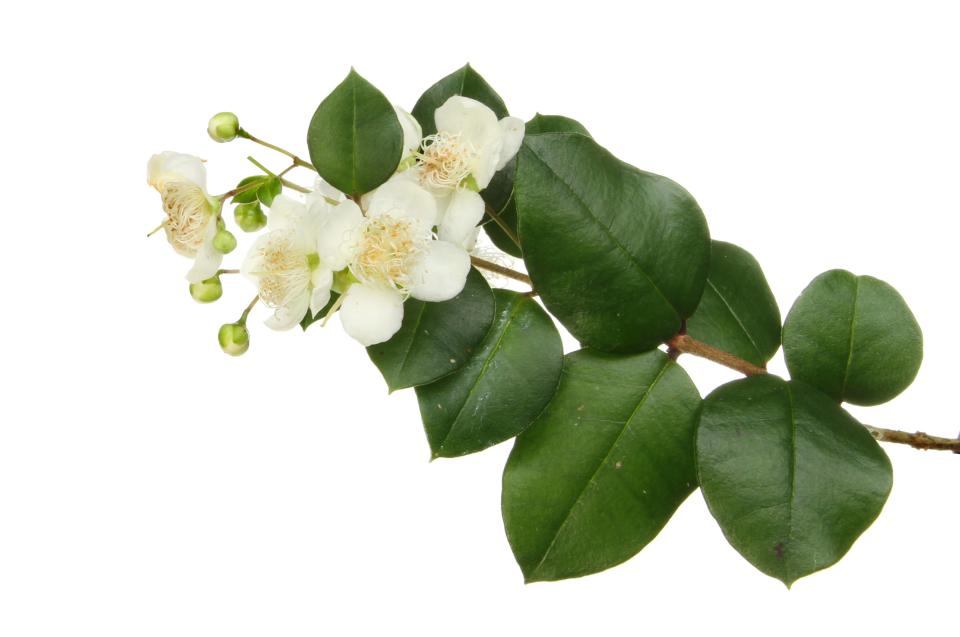 Like Kate before her, she'll include the stem, cut from a plant which was grown from the sprig used in Queen Victoria's bouquet.

Myrtle is supposed to symbolise good luck in marriage and marital fidelity! 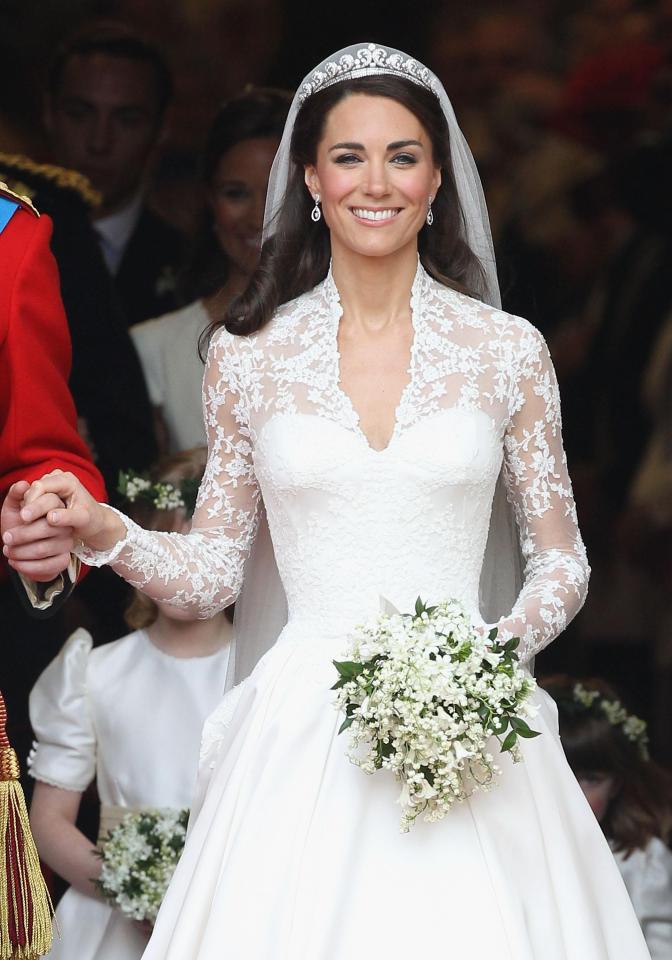 The special myrtle plant grows at Osborne House on the Isle of Wight so the florist will have to make sure that she's brought enough over to make up two bouquets.

Like the cake, the team behind the wedding will have a spare on hand in case of any last minute disasters.

Featuring interviews with former royal bridesmaids, suppliers and guests from past weddings the show promises to be a true glimpse into the weird world of royal weddings.