"The minutes seem like hours," she says, " I've lost myself a little bit and I don't know how to just be me anymore."

The married 27-year-old from Bristol is struggling with loneliness, like many new mums.

“I’m surrounded by children and I’m still young, which is not the usual image you have of what a lonely person looks like," she says.

“But my husband works away from home Monday to Friday and all my kids are under 10 so I feel like I don’t speak to adults much.

“I feel I can go from one day to the next without having a proper conversation or being noticed.” 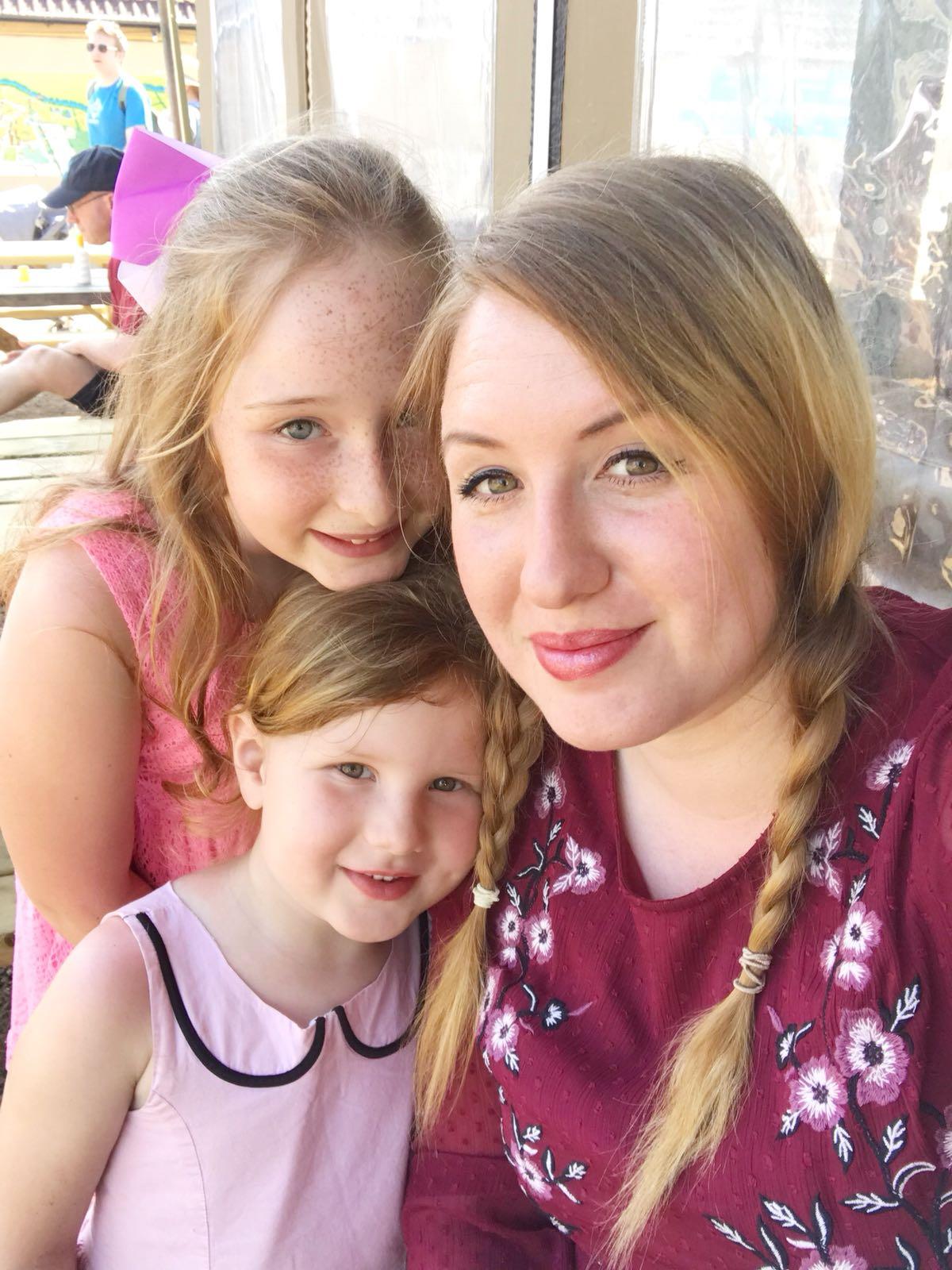 Taylor has been with husband Mike, 28, for seven years and the couple married last year.

Mike works away as a paint sprayer during the week, leaving Taylor to look after their four children – Lexi, 10, Harley, 6, Sienna, 4, and Amelia, 3.

After a frantic day of getting everyone washed and dressed, doing the the school run, and cooking and cleaning, the evening should be a time to relax and unwind.

But Taylor dreads this time of day, when she often feels like she has no-one to talk to.

"Mike calls when he can and we FaceTime but it's hard," she says.

I do love a wedding Wednesday ?? still havent forgiven @badger2009 for wearing those sunglasses in our wedding photos ?? | Dress & shoes: @lindy_bop ??

I do love a wedding Wednesday ?? still havent forgiven @badger2009 for wearing those sunglasses in our wedding photos ?? | Dress & shoes: @lindy_bop ??

On the one night a week her mum looks after the kids, Taylor says she often ends up walking around the shops so she doesn't feel completely alone.

"It's really difficult to describe loneliness," she says, "I just feel empty.

"It's not easy to change things. The longer you go without having friends, the harder it is to make friends.

"Most of the time, I'm so focused on the kids, it's hard to do other things for myself." "I can be fine for a little while and then it creeps up on you. I feel sad and sometimes sorry for myself. It can be awful."

She says the school runs are the worst as "everyone seems to know each other so well – and I feel completely on my own".

Taylor has battled loneliness since she was at school. "I was bullied as a young teenager and ended up moving schools a couple of times.

"I was always the new girl and struggled to make friends. But I found myself with an older boyfriend and fell pregnant at the age of 15. 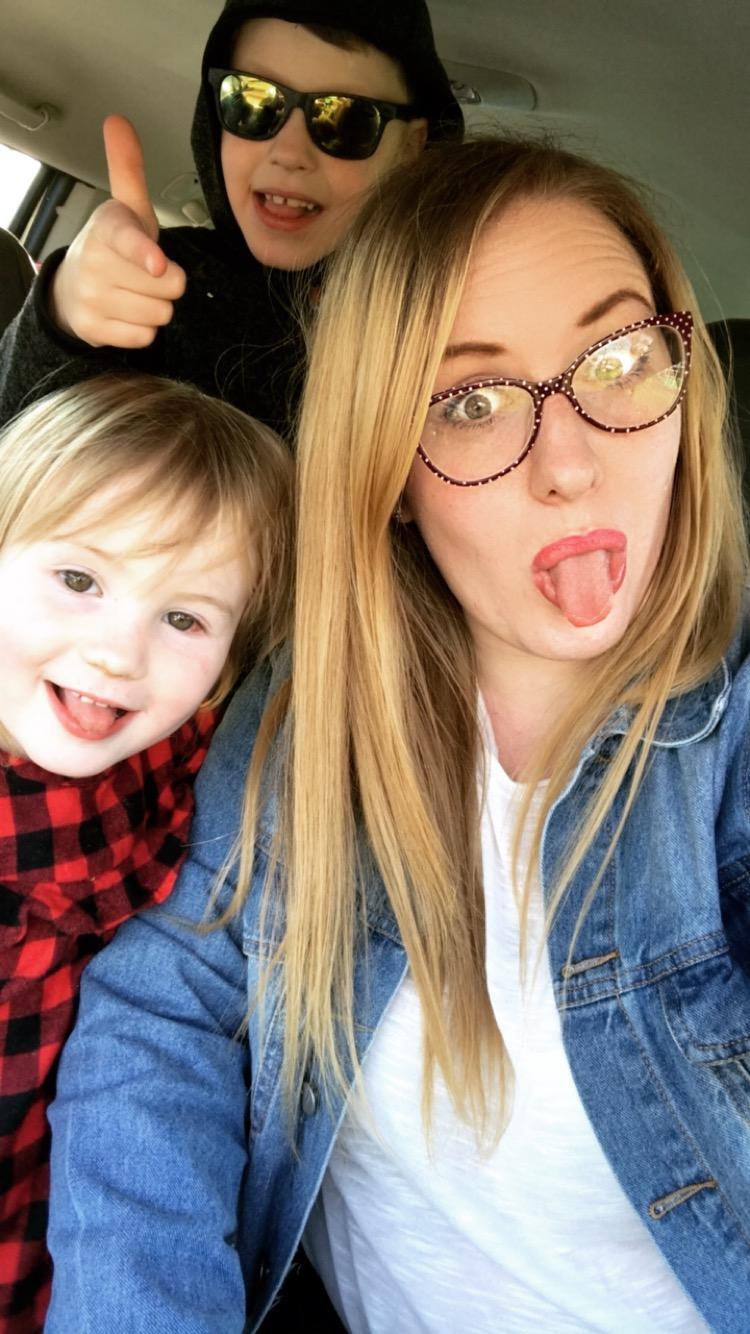 But within weeks, she would find typical teenage life behind her.

When daughter Lexi arrived, Taylor's days became filled with changing nappies, feeding and caring for her baby at home, with only her mum Jo, 10-year-old brother Rhys and eight-year-old sister Raegan for company.

Cant deal with the fact this little one is turning 10 on Sunday, can we please just pause time for a while?

Cant deal with the fact this little one is turning 10 on Sunday, can we please just pause time for a while?

"At first, the girls I used to hang out with would come and visit us but then they were starting college and the novelty of a baby soon wore off.

“I realised I missed out on all the usual fun and social interaction my friends and people at that age experience."

Taylor says she hasn't made any friends since leaving school, apart from reconnecting with Mike, who she'd known since her early teens.

And in the seven years they've been together, and the four she spent as a single mum, Taylor says she has often been lonely.

"Once I realised I was experiencing it, I started to feel really embarrassed about it." 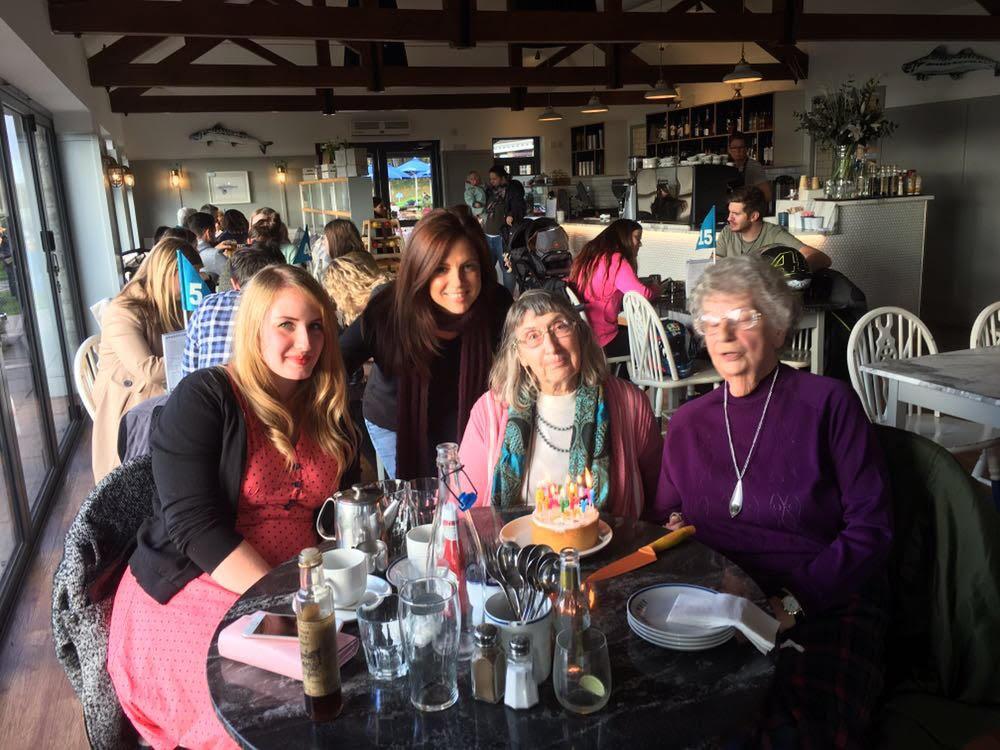 But one thing Taylor has found time to do is to help lonely elderly people. In memory of her nan Pauline, who died four years ago and also experienced periods of loneliness, Taylor got involved with two charities working to combat loneliness – Contact the Elderly and Marmalade Trust.

Last December, having spotted an advert for volunteers for Contact the Elderly, she invited two lonely ladies with no family or friends around to her home to spend Christmas lunch with her family.

"I loved hearing them laugh and telling stories about their youth. They were so grateful to be out of the house." 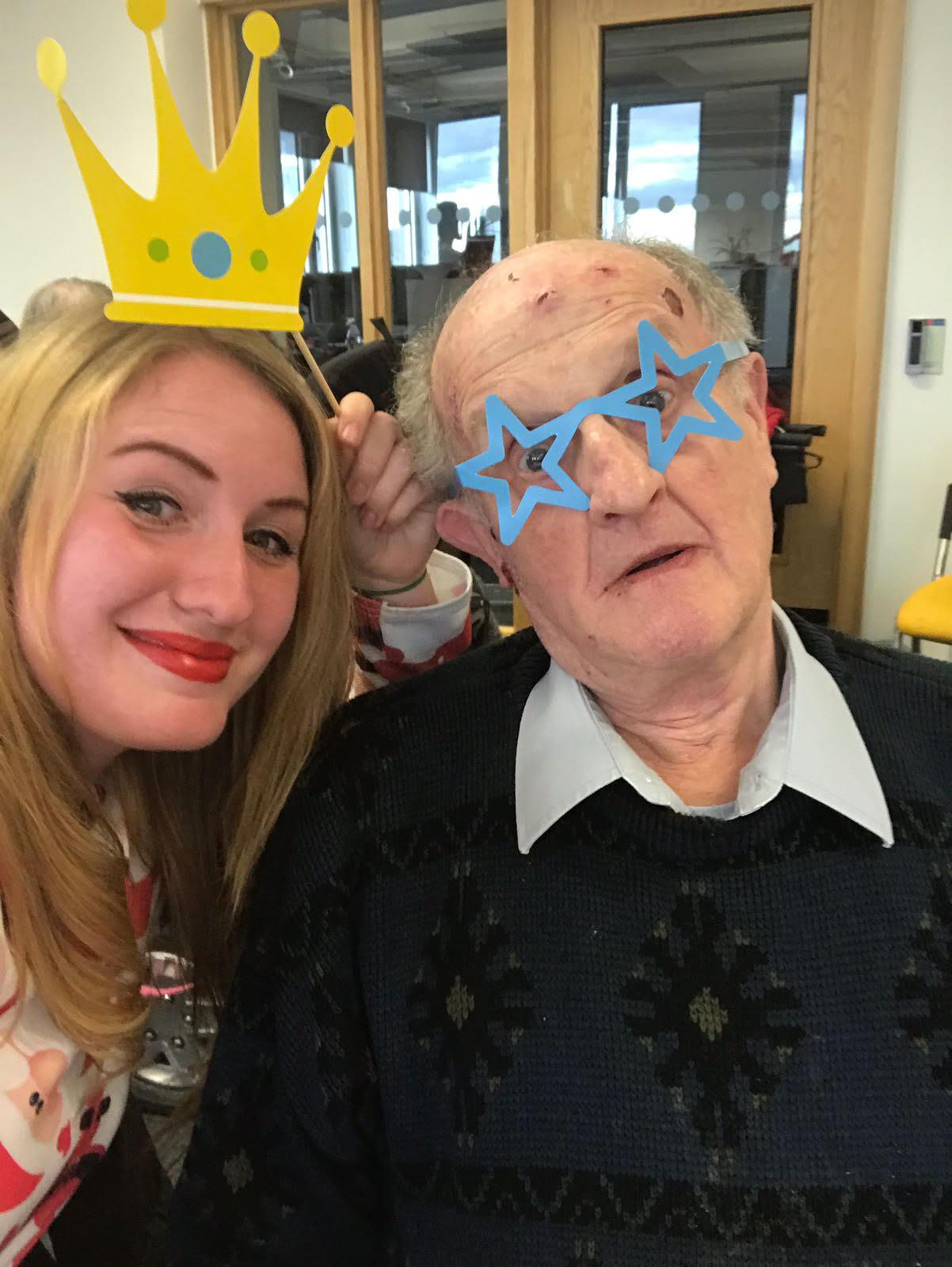 Now Taylor's part of a team of five volunteers who all host a tea party in their homes for a group of elderly people.

Taylor says: "There are six ladies and one gentleman in my group, and they're all aged between 75 and 80.

“Spending time with them has made such a difference to their lives and mine. Sometimes, I feel like I’ve got more in common with them than my own peer group."

When The Sun heard about Taylor's story, we wanted to do something to help. 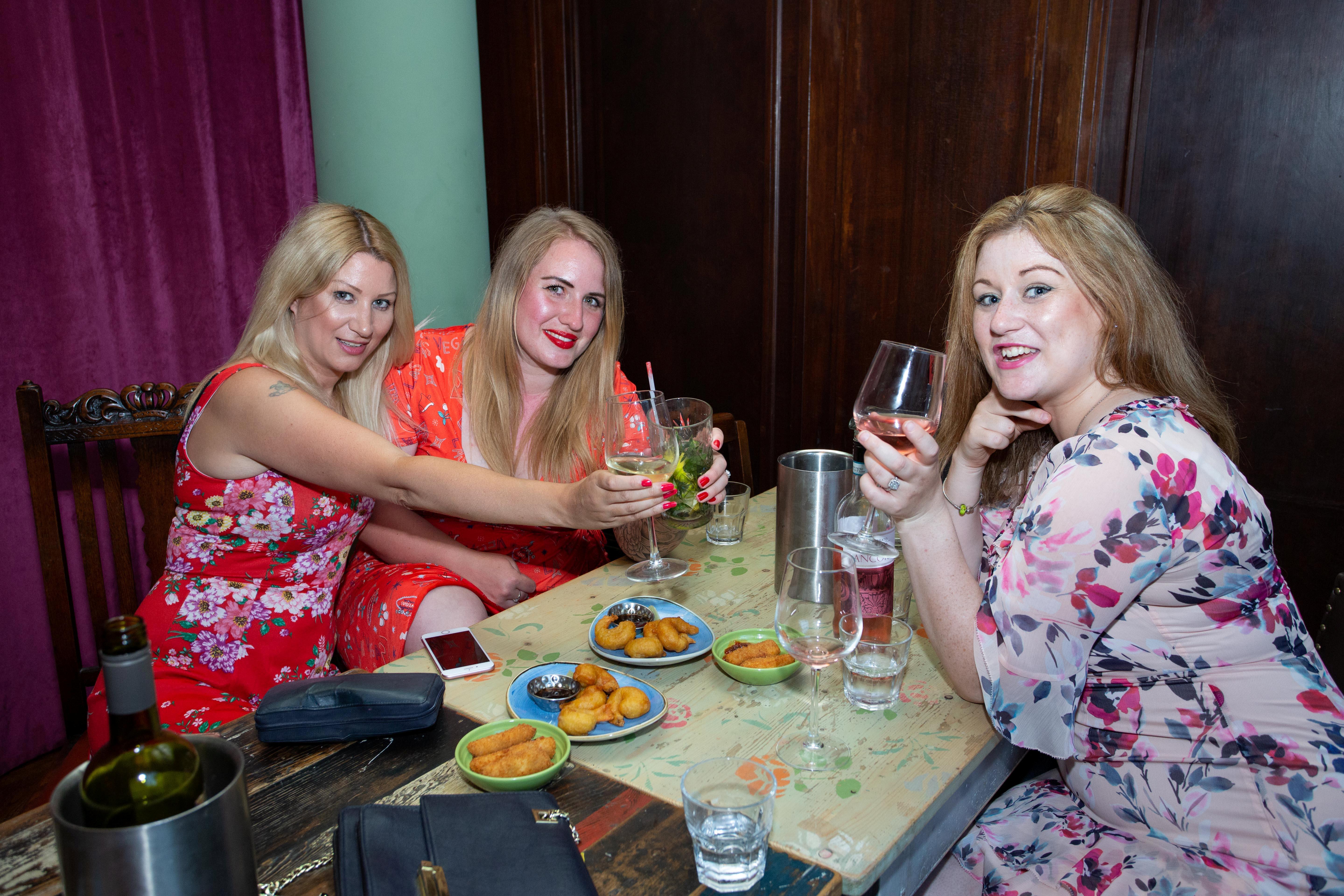 So we got in touch with Mush, the app that connects local mums, and arranged a night out for her to get to know some other Bristol mums who know exactly how she feels.

Taylor met up with fellow mum-of-four Leanne Thomas and new mum Siobhan McCarthy at Cosy Club, a bar in the heart of the city centre that also provides 'free teas for OAPs' on Tuesday mornings for lonely elderly people.

Over a few glasses of wine, the three women shared their experiences of motherhood and loneliness.

Full-time mum Leanne, 38, whose eldest is 18 and youngest is just 20 months, says: "I have really felt so many similar things to Taylor.

"I feel totally cut off from the world, spending many days alone often going weeks without speaking to another adult. It’s really bad for your mental health. 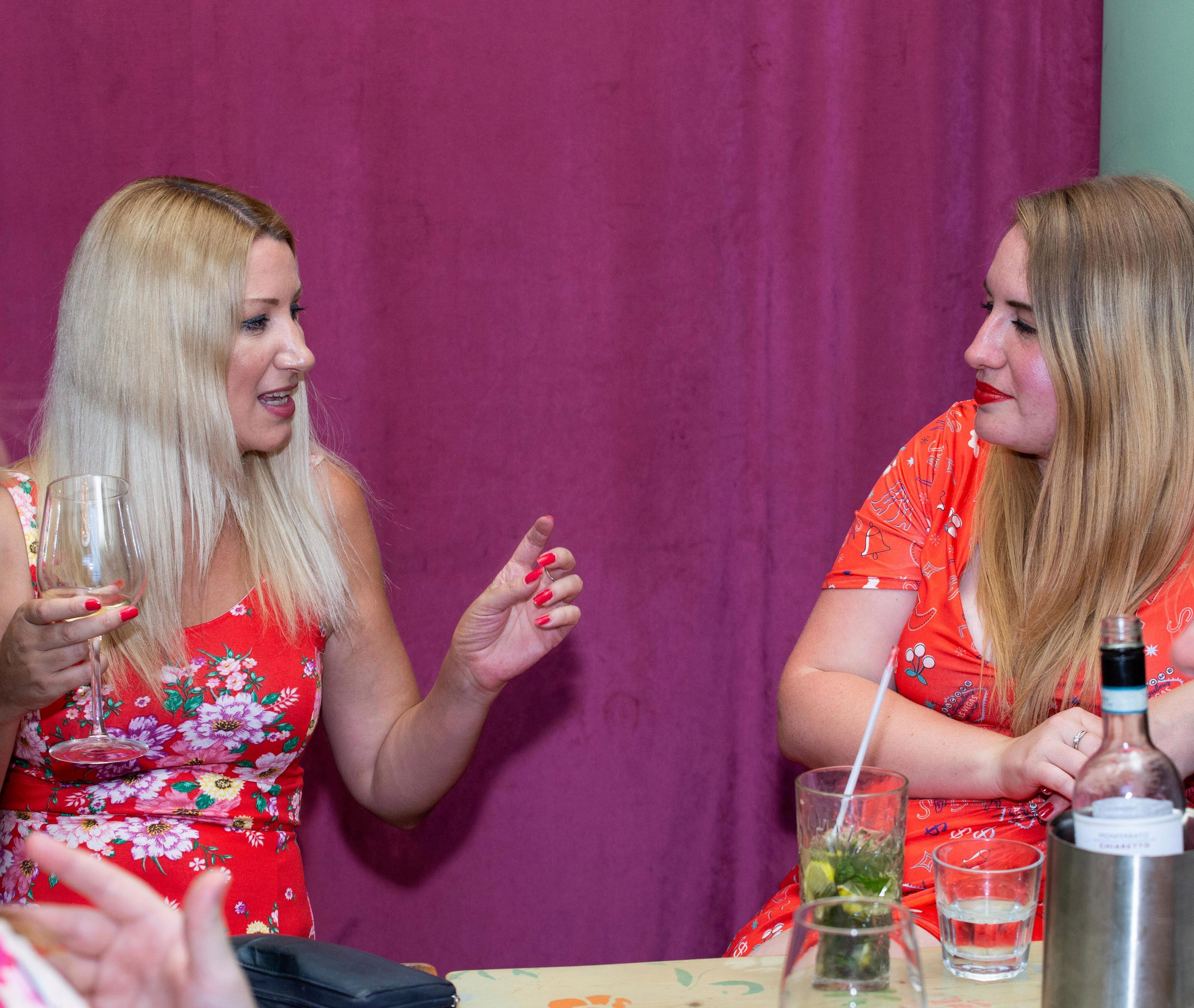 "My youngest has behavioural problems and so this stops us from leaving home a lot.

"I have no support from the children’s father and limited support from family. I’ve got no real friends and I can’t attend baby groups or mums meet ups very often."
Leanne says she joined Mush to combat her own loneliness, "as I realised how much pain and problems it was causing me".

She adds that just talking with the other mums during the night has made a massive difference to how she feels.

"Even though I paid a lot for a babysitter, it was totally worth it meeting such lovely people who really understood what I was experiencing.

"We have so much in common, there’s no pressure. I met some lovely people and realise I’m not alone."

Taylor is a volunteer for the Marmalade Trust, a Bristol-based charity that helps raise awareness of loneliness and creates connections for people who feel lonely.

As part of her volunteering, she helps provide information to isolated and vulnerable people to help them understand how they can get support.

The Marmalade Trust has an established referral network and launched the UK’s first ever Loneliness Awareness Week, which had its second year this year.

You can find out more about the Marmalade Trust here and if you or someone you know is experiencing loneliness you can call 0800 319 6789. 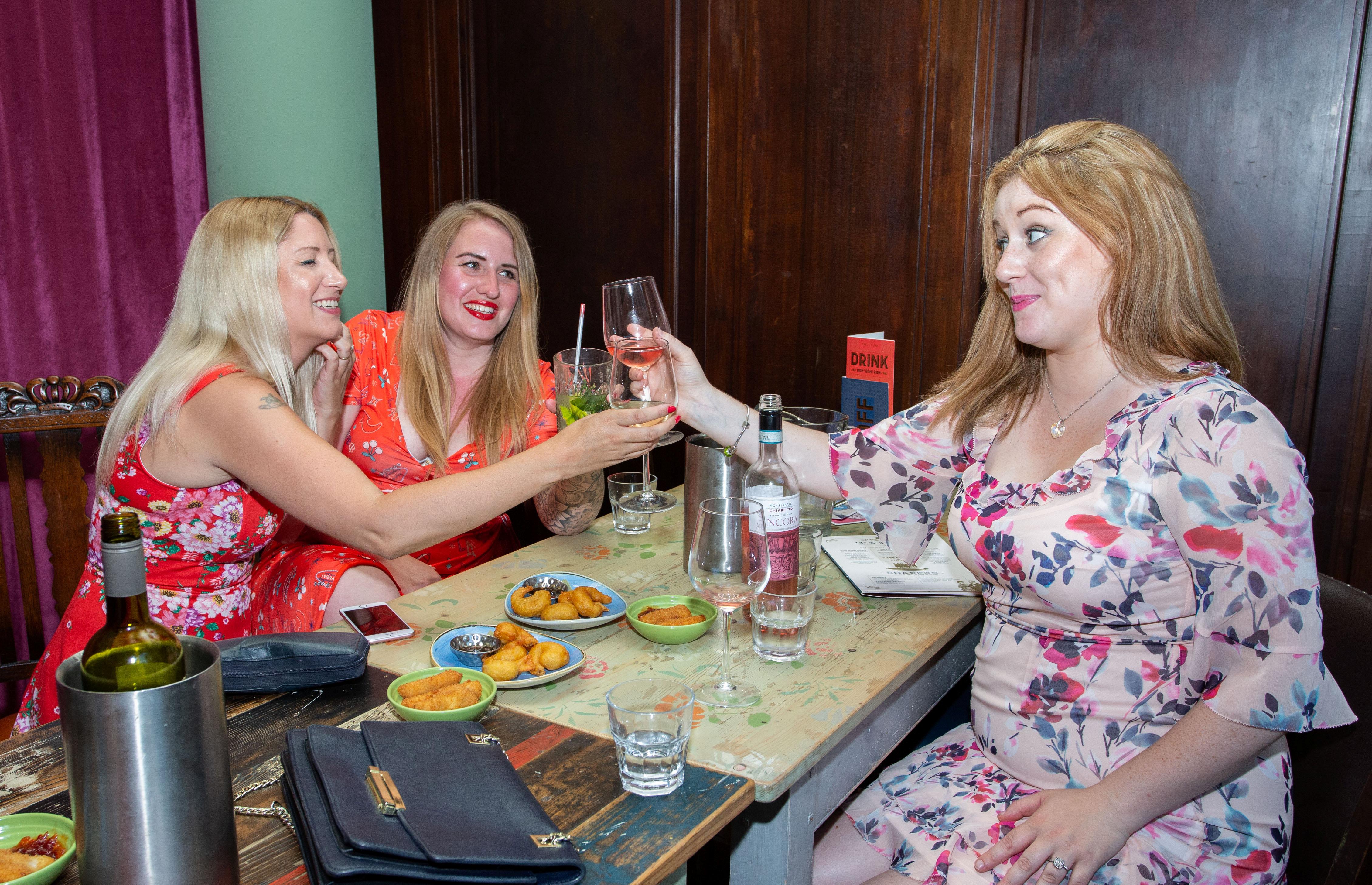 Siobhan McCarthy, 27, is also very glad she went along to meet Taylor and Leanne.

Having moved to the city a few years ago for her job in retail management, when she became a mum just over a year ago, Siobhan also found herself feeling increasingly lonely.

Most of her friends were focussed on their careers and hadn't started families.

"While taking care of my fantastic baby boy, I found that the person I was speaking most to during the day was myself.

"It's so hard to get the balance right when you're focusing on taking care of your baby – it's hard to take care of yourself."

Siobhan says she really enjoyed going along to meet Taylor and Leanne.

"The girls were lovely and it was so nice to chat and let our hair down. It was fun and we've arranged to meet up."

Taylor says meeting other mums going through many of the same things made her feel less alone.

"It was really nice to meet them and comforting to know there are lots of us in the same boat.

"The experience has been so positive. My loneliness hasn't disappeared but it's so nice to know other people feel the same way.

We've planned to meet up and I'm looking forward to getting to know them more and hopefully it'll lead to friendship.

"I've had lots of messages through the Mush app and it's been great to be in touch with other local mums."

Are you in need of childcare this summer? Here's our guide of the support available for taking care of your kids during the school holidays.

And here are some top tips for surviving your kids' meltdowns and how to keep them entertained.