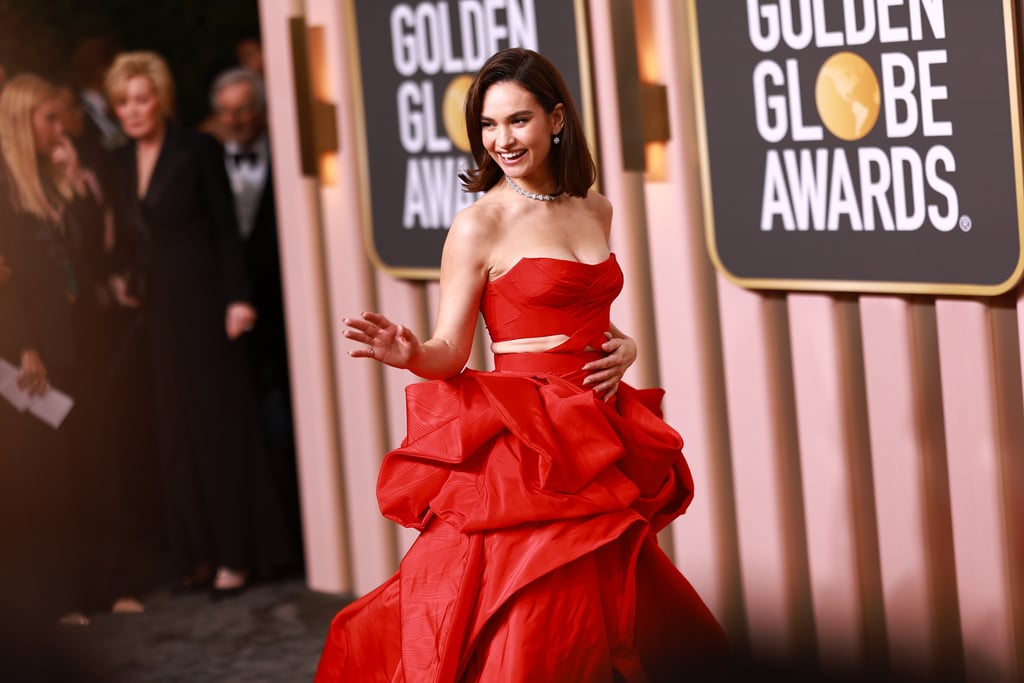 Despite her name, Lily James was dressed like a different flower at the 2023 Golden Globe Awards. The actor attended the star-studded award show wearing a red Atelier Versace gown with a voluminous silhouette evoking rose petals. “It’s designed by Donatella [Versace], and I love it so much,” James said of the custom-made dress in an E! red carpet interview.

Consisting of an astounding 50 meters of fabric, the dress featured a floor-length column skirt overlaid by a larger skirt with fluttery draping at the hips. A crisscross cutout at the waistline connected the skirt to the gown’s bandeau top. The striking color nicely complemented James’s new brunette hair. She completed the look with a diamond tennis necklace, round drop earrings, and a ring worn on her pinky.

The glamorous look was fit for a nominee, and James’s portrayal of Pamela Anderson in “Pam & Tommy” indeed earned her a nomination for best actress in a limited series. See her rosy red carpet look from all angles ahead, then catch up on what other stars wore to the Golden Globes.