Another day, another date night for Kourtney Kardashian and Travis Barker. This time, the duo was also joined by Travis’s stepdaughter, Atiana De La Hoya.

Kourtney Kardashian brought the heat for her latest night out with boyfriend, Travis Barker. The two supported Travis’s stepdaughter, Atiana De La Hoya, at the launch party for her Galore magazine cover. Kourt looked incredibly sexy in a black top with midsection cutout, which she paired with an asymmetrical black mini skirt. Her look was complete with open-toed heels, and her hair pulled back into a slick high ponytail. 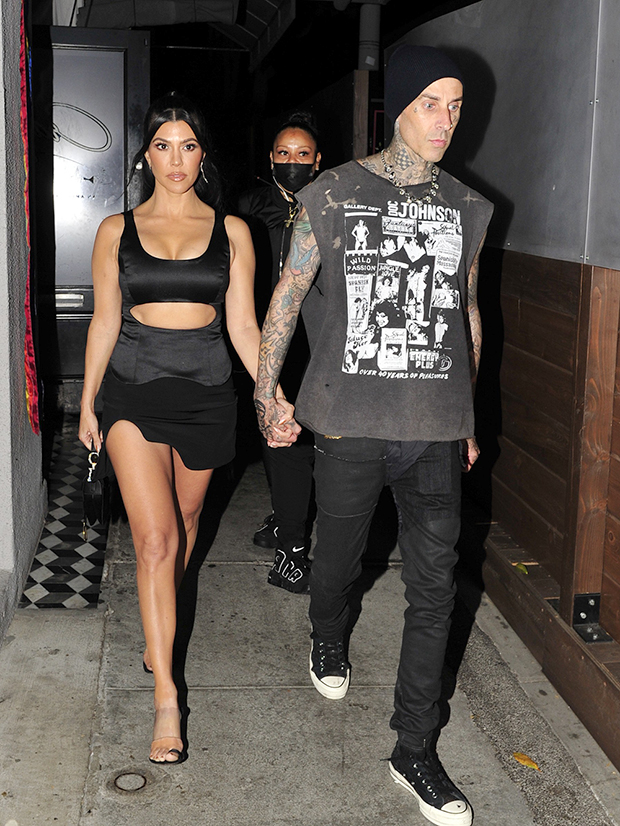 While walking into the event, Kourtney and Travis were photographed holding hands in front of the paparazzi cameras. Kourt’s glowing, tanned skin was on display, and she wore a full face of makeup for the fun night out. Of course, Atiana was in attendance, too, to celebrate her big night. The 22-year-old wore zebra print pants along with a leather crop top. She posed for photos with Travis inside the event.

Atiana came into Travis’s life when he was married to her mother, Shanna Moakler. Shanna shares Atiana with ex, Oscar De La Hoya, who she dated from 1997-2000. Shanna and Travis tied the knot in 2004, when Atiana was just five years old. The exes also had two kids of their own together — Landon Barker was born in 2003, followed by Alabama Barker in 2005. Travis and Shanna split in Aug. 2006, but reconciled a few times over the next couple of years before ending the relationship for good in 2009. 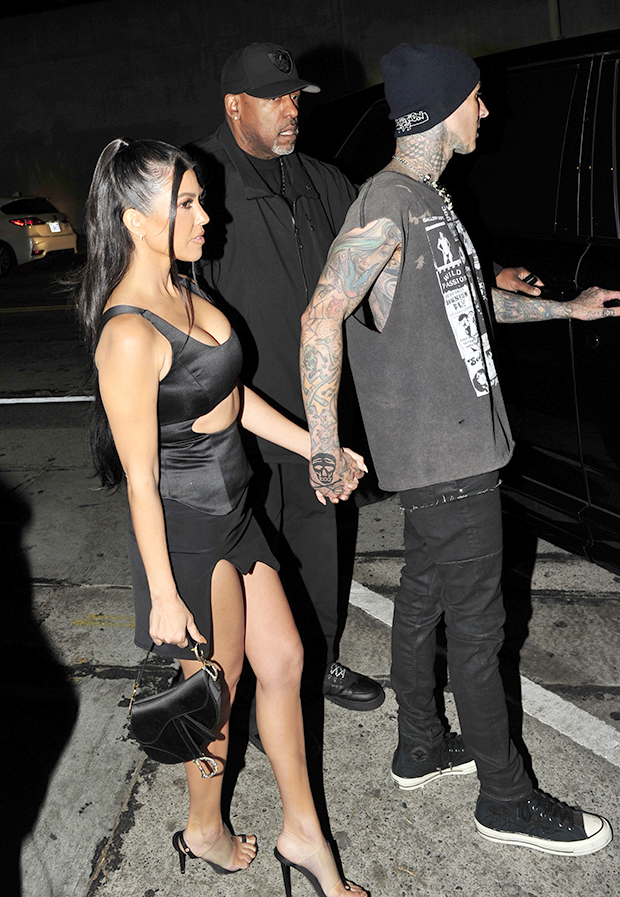 Despite the fact that Shanna and Travis are no longer together, the rocker has maintained a close relationship with Atiana. After all, he was a big part of her life during some of her most important younger years! In fact, Atiana even joined Travis, Kourtney and their kids for a family vacation to Aspen earlier this year. She’s also extremely close with her two half-siblings, Alabama and Landon.

Meanwhile, things are definitely hot and heavy between Travis and Kourtney lately. The two went public with their relationship at the beginning of Jan. 2021 after being friends for years. Since then, they’ve pretty much been inseparable, and they aren’t shy about packing on the PDA while out and about or on social media. Love is definitely in the air for these two!