Now the mum of three, 37, has revealed her secret for getting rid of stretch marks – and it only costs £8.99. 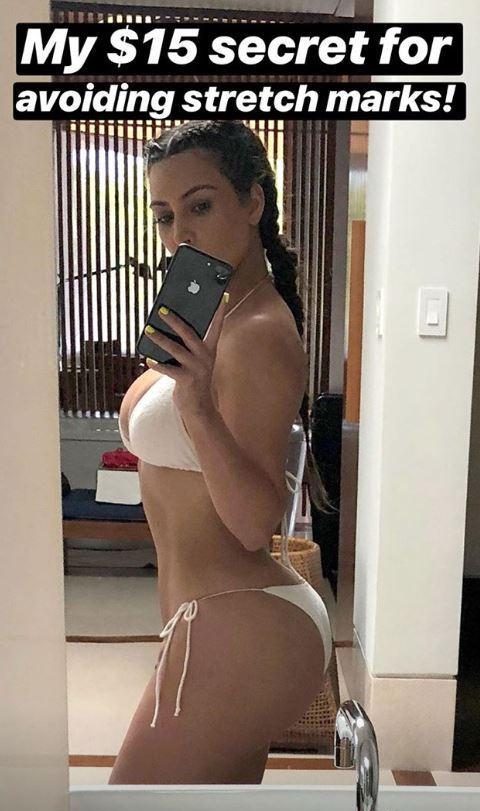 Taking to her blog the Keeping Up With The Kardashians star, whose youngest tot Chicago was carried by a surrogate, named Bio Oil her "$15 secret for avoiding stretch marks".

Kim said the product was a "lifesaver" during her two pregnancies, and that she "would apply it like crazy".

"It just makes my skin glow, and it has so many benefits," she added.

"If you have a scar or stretch marks, you just massage the oil onto the area two times a day."

The makers of Bio Oil boast that it has been "clinically proven to help improve the appearance of new or old scars, whether from surgery, accidents, burns, insect bites, scratches or conditions such as acne or chickenpox" on its website.

But doctors have warned it won't have any significant effect on existing or new stretch marks – aside from moisturising the skin and giving you a great glow.

The best healer for stretch marks is time, and it's important to remember they're a normal part of life for us mere mortals (and that it's been two-and-a-half years since Kim's second child Saint was born!). 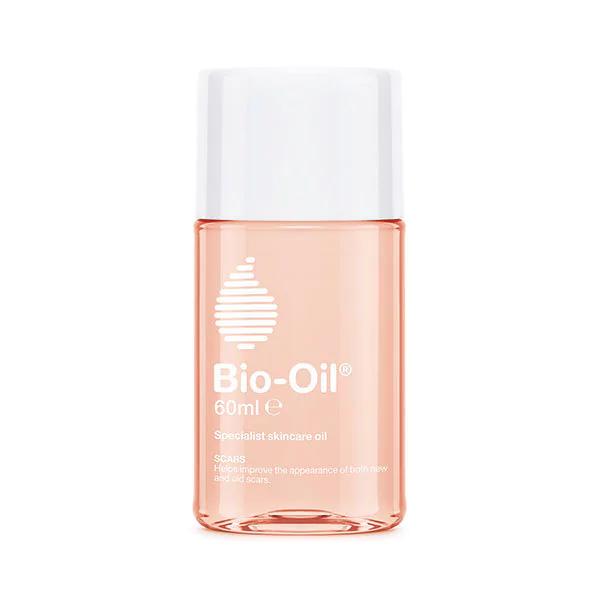 In more Kardashian news, Kanye West has revealed the first ever pics inside his and Kim’s £43million mansion – after vowing to NEVER let reality show cameras in their home.

While Lisa Appleton got a vampire facial "to look like Kim Kardashian" ahead of her 50th birthday.

And Kim has revealed her risque perfume bottle is modelled on her naked body, and why are we even surprised?