Kate looked glowing as she beamed with her new in her arms, accompanied by William.

And a professional lip reader has revealed to The Mirror what the couple were saying to each other while they smiled for the cameras.

William: Are you OK with him? 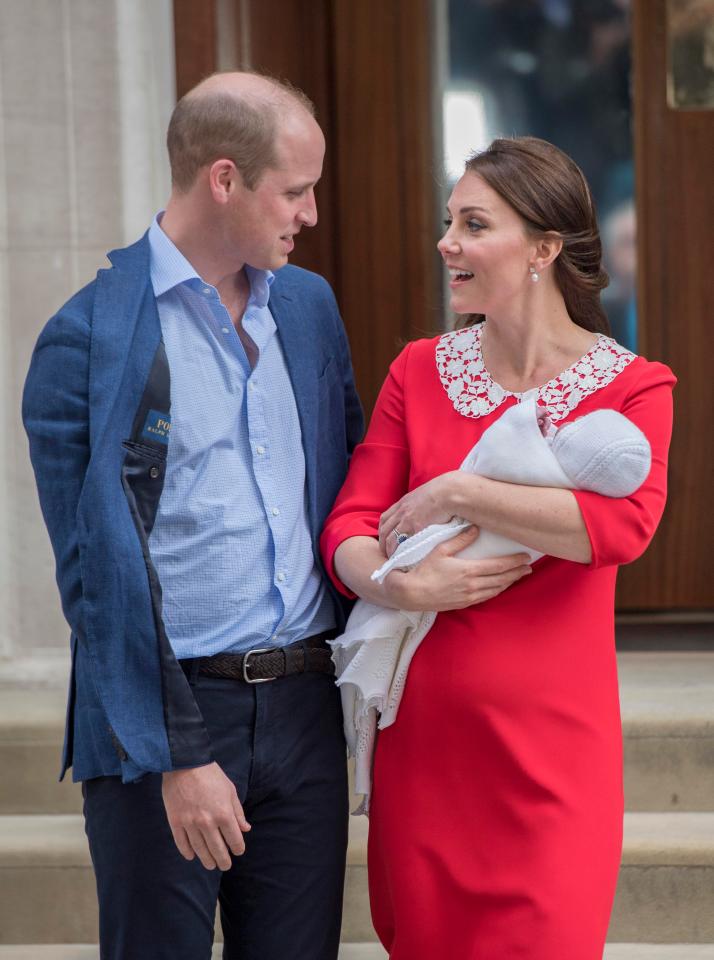 William: Look, there he is. Over there. [They wave to the left]

Kate: Let’s just wave over there. [They wave to the right]

Wills pointed at our legendary snapper Arthur Edwards outside the hospital – fuelling speculation that could be the name of the royal baby.

It's not the first time Kate has taken style inspiration from Diana, the 20th anniversary of whose death was marked by William and Harry last year.

When she welcomed her first son, Prince George, in 2013 she wore a blue spotted Jenny Packham dress which was the spitting image of the gown Diana wore following William's birth.

Mum-of-three Kate went into labour first thing yesterday morning and the new prince was born at 11.01am weighing 8lb 7oz.

READ MORE: Our coverage of the baby boy's arrival

The Queen yesterday celebrated the birth of her latest great-grandchild with a horse back ride at Windsor Castle.

It's the first time in history that a boy will not precede his older sister in the line of succession, with Princess Charlotte remaining fourth, behind brother George.

Last month we told how Prince Charles fuelled rumours that his wife Camilla Barker Bowles might become queen, after a statement saying she will become "Princess Consort" was removed from his website.