Kate Middleton, 38, has an extensive jewellery collection and will often accessorise her outfits with her favourite jewels. She has a gathered attention with her ring collection and has a number of pieces from her husband, Prince William, 38.

The Duke and Duchess of Cambridge married at Westminster Abbey in April 2011.

Before this, Kate would often wear pieces of jewellery from her private collection.

When Prince William proposed, Kate was given a sapphire engagement ring.

This famously had a great deal of royal significance as it once belonged to Princess Diana. 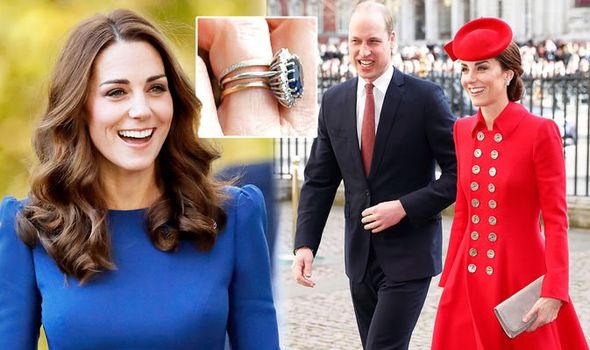 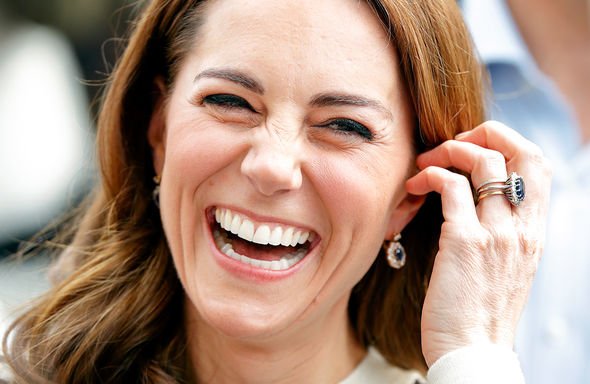 The lavish ring has a 12 carat oval sapphire which is set in white gold and surrounded by 14 diamonds.

Kate added to her collection with a wedding band made from Welsh gold, as is a royal wedding tradition.

As well as wearing those rings, Kate is regularly spotted wearing a white gold eternity ring.

The mother-of-three started wearing the piece shortly after the birth of her first child, Prince George, seven.

Many royal enthusiasts believe it was a gift from her husband to celebrate the birth, experts at Joshua James Jewellery told Express.co.uk.

They explained: “Eternity rings are often used to mark special milestones in a relationship.

“In this case, it was a gift from her husband to mark the birth of their first child, Prince George.” 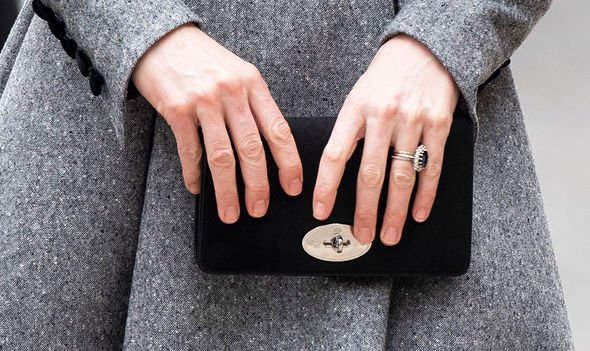 The ring has subtle diamond detailing and could be worth a small fortune.

“Made from 18ct white gold, it features 0.23ct of white diamonds,” the experts continued.

“Kate’s eternity band comes from London-based designer Annoushka, and is valued at £1,200.”

The Duchess of Cambridge regularly wears the three rings from Prince William on the same finger.

The order in which she wears the pieces could have a special significance. 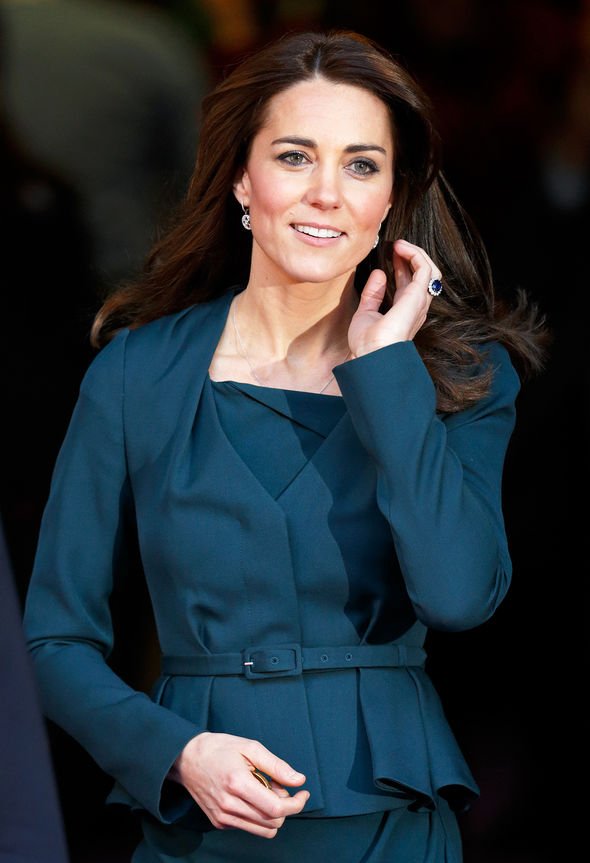 The experts added: “In terms of why she wears three rings on one finger, many women choose to wear all three rings (wedding, engagement and eternity) on their wedding finger following marriage.

“The order in which these are worn actually has a great significance.

“Wearing your wedding ring first means that it is closest to your heart, followed by the engagement and then eternity ring.