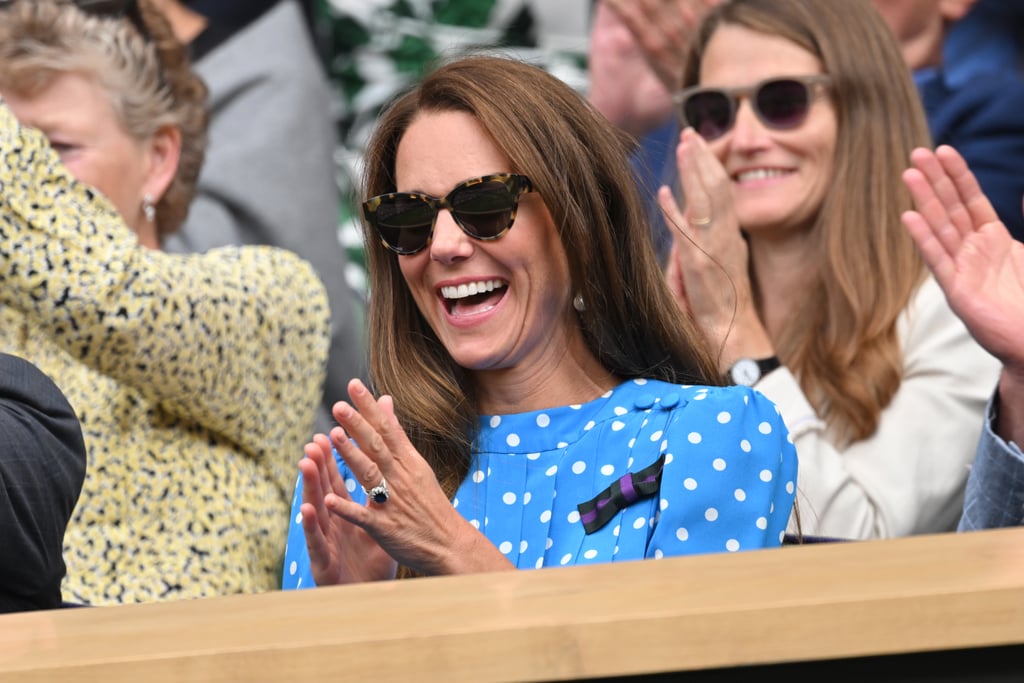 Kate Middleton made her first appearance at Wimbledon on July 5 wearing a gorgeous blue polka-dot dress. Sitting alongside Prince William in the Royal Box to watch defending champion Novak Djokovic, she was spotted laughing, gasping, and cheering at the annual tennis tournament.

Middleton wore the same dress to a Kensington street party over the Platinum Jubilee Weekend. It also hasn’t gone unnoticed that it bears a striking resemblance to a blue-and-white polka-dot dress worn by Princess Diana to greet the West German President in 1986. 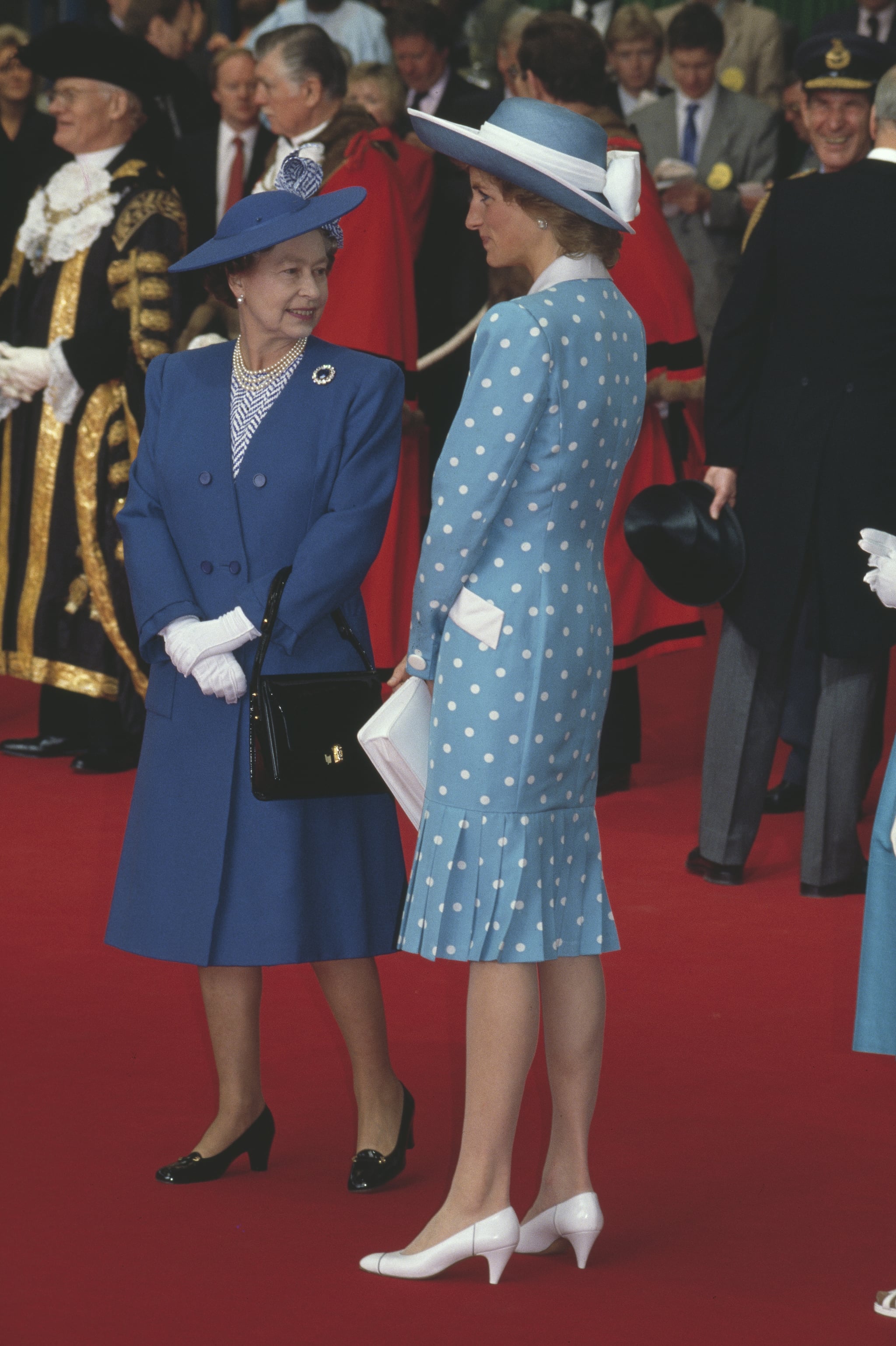 Middleton is an avid tennis fan and patron of the Lawn Tennis Association, so we were anticipating her stylish appearance this week. She shared the Centre Court Royal Box with her mom and dad, Carole and Michael Middleton, as well as “Britain’s Got Talent” judge David Walliams and his mom.

Like always, Middleton got her look spot-on for the occasion. Take a look at all angles of her outfit ahead, as well as the adorable match reactions she shared with The Duke of Cambridge.