Talk about exceeding expectations. Kat Von D has been teasing her vegan shoe collection, dubbed "Von D Shoes," for well over a year now. She shares sneak peeks of details like silhouettes, heels, and zipper pulls. She even offered a look at the boxes in which they will be packaged. But Kat Von D just served up a look (and a lewk!) at several pairs and it demonstrates just how ’90s-inspired the range is. The Kat Von D footwear is all of us — albeit the ’90s version!

The video shows off a selection of samples from the first collection to launch, per KvD’s caption.

The first pair that we meet is a sparkly dream. The golden, glittery, and chunky platforms are a mix of ’70s disco flair and the ’90s modernization of the platform. They boast an ankle strap and a red insole. They look so fun to dance and walk in!

But that’s not all. The teaser video, which is just under a minute in length, features several other pairs. Watching this clip will totally interrupt your day and leave you deeply thinking about your fall wardrobe and which outfit you want to wear with these snazzy shoes.

Are you totally shook? If so, that’s a completely acceptable reaction to this fancy footwear. 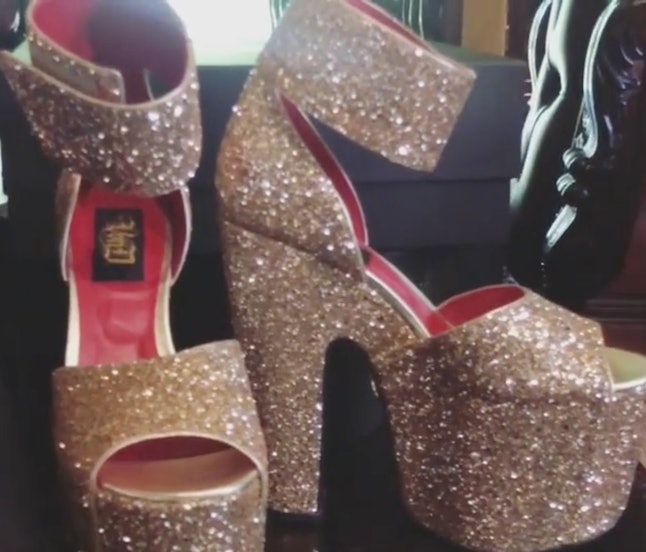 That heel height! That glitter! So. Much. Glitz. 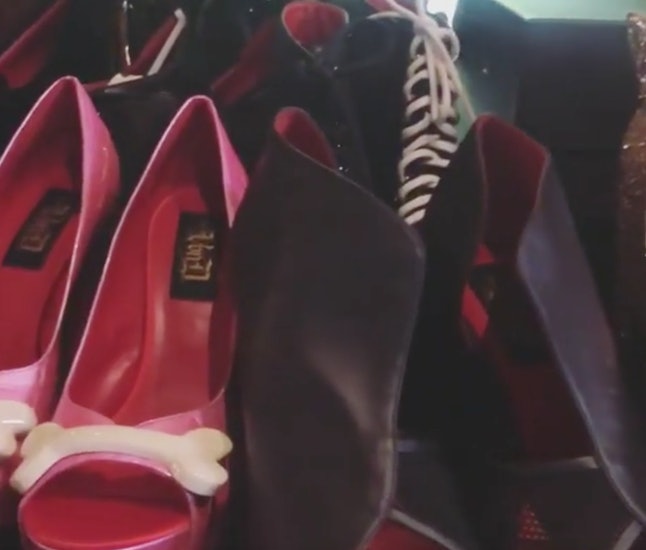 It’s not just black and red shoes, either. Those may be primary colors in the Kat Von D universe but she has created a pink, peep-toe pair. That bone on the over-the-toe flap is adorbs. 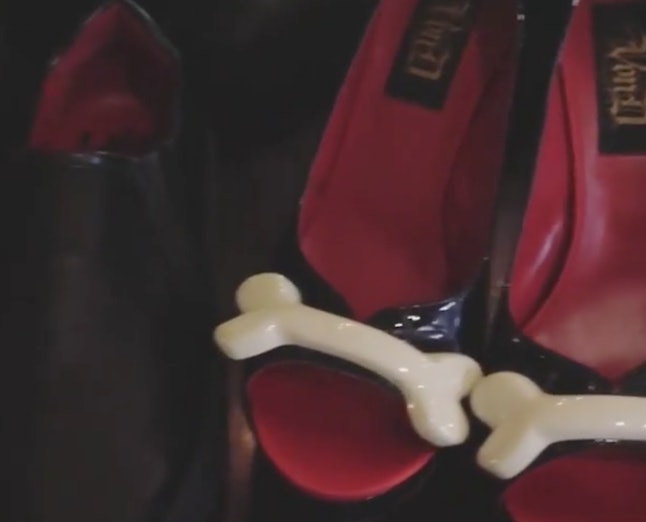 Check out the glossy black pair and the red insole with the branding tag. What’s that sound? Oh, just fans falling madly in love with these shoes. 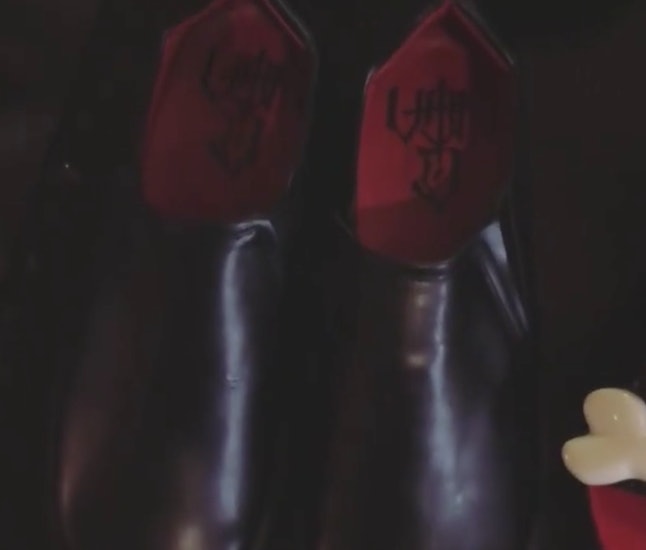 These chunky slip-ons are reminiscent of those that Steve Madden used to sell in the late ’90s. Despite the ’90s nostalgic touches, the KVD shoe line is thoroughly modern and is certainly loyal to the rock x goth aesthetic that Kat Von D has cultivated. 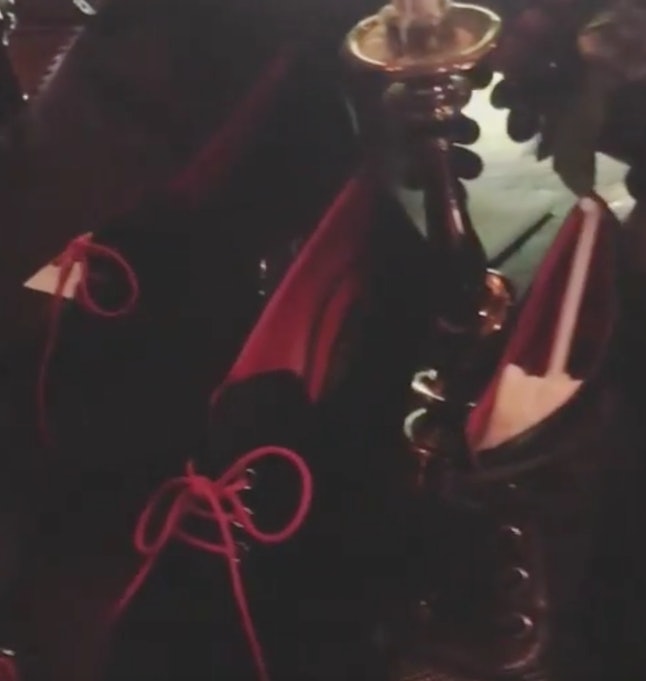 OMG, right? The lighting may not be the greatest since it’s a quick Insta video. But this rundown certainly gives you a solid indication of what to expect. Don’t you just love those red laces? 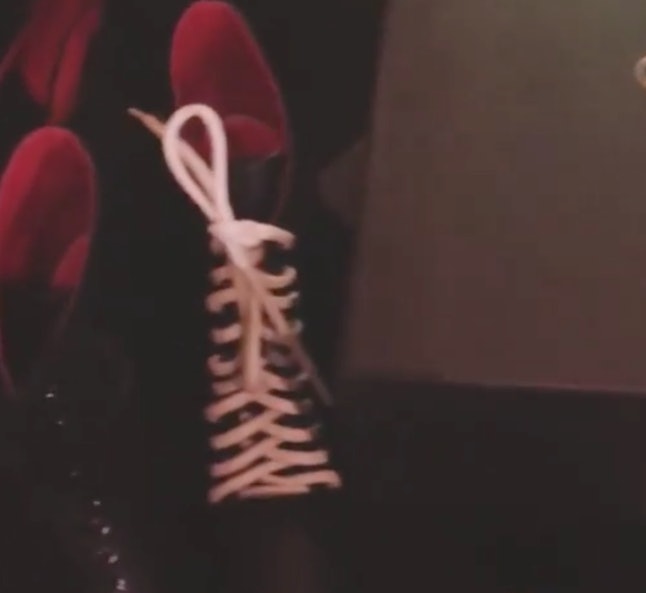 Those white laced boots are also thoroughly ’90s. And that concludes our inside look at Kat Von D’s shoe line. It’s quite possible that these are not the finished, final versions. Regardless, the hype is real. Come on, Kat! Give us a release date to look forward to.

Here’s the aforementioned prototype of the box. Think of all the ways you could repurpose it — use it for makeup storage, as a gift box, or to hold keepsakes or items of sentimental value.

These are the inverted cross zipper pulls that were shared in a prior tease.

Kat Von D is disrupting the shoe industry by proving that footwear can remain fashionable without harming animals! We can’t wait for these vegan shoes to walk into our lives and onto our feet.