Jennifer Lopez was on hand to support friend LL Cool J at his Hall of Fame induction, performing their two hits together!

Jennifer Lopez, 52, took to the stage in a sequin bikini top as she performed with  LL Cool J, 53. She paired the sparkly swimsuit style top with a matching choker, reminiscent of the late Aaliyah in the “Try Again” video, along with a crystal Dolce & Gabbana belt. For the on-stage part of the performance, she added a electric blue oversized jacket, later swapping to a chic black blazer. 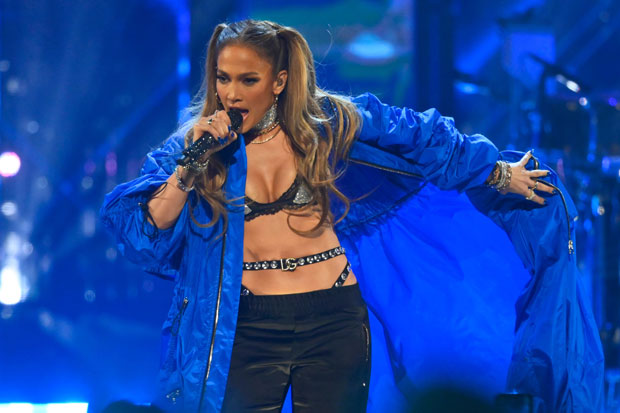 The pair performed their joint hit “All I Have” from her 2002 album This Is Me…Then for LL’s Hall of Hame induction on Saturday, Oct. 30 in Cleveland, OH. In the song, Jennifer sings about leaving a past lover, saying “all my pride is all I have.” LL plays the male role in the song and music video, which were both released as the second single from the album, which is best associated with her initial romance with beau Ben Affleck, 49. 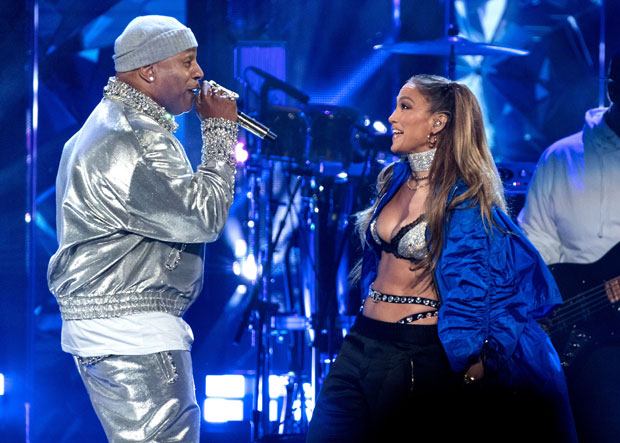 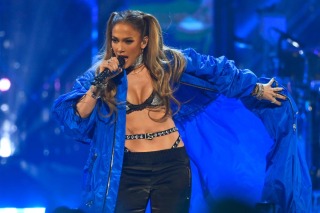 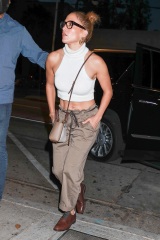 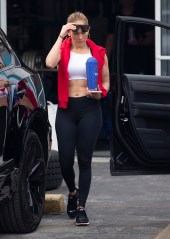 Beyond “All I Have,” the On The 6 singer and rapper — née James Todd Smith — also collaborated on 2006 song “Control Myself.” The club-ready tune was produced by Jermaine Dupri.

J.Lo and LL recently performed throwback R&B hit “All I Have” at the Global Citizen’s latest live concert on Saturday, Sept. 25. “Ya’ll mind if I bring some friends out? Come on out here, LL!” Jennifer announced on-stage in Central Park to a crowed of screaming fans before going into the song.

For the recent Hall of Fame performance, LL performed a series of hits from his massively successful three decade career. In addition to J.Lo, he also had some on-stage support from friend Eminem who came out to rap “Rock the Bells” with the Queens native.