AN INFLUENCER has been slammed as “tasteless” after sharing a snap from her mum’s funeral “for likes”.

The glam photo was shared on Instagram which sees the dressed-up woman looking into her mum’s open casket. 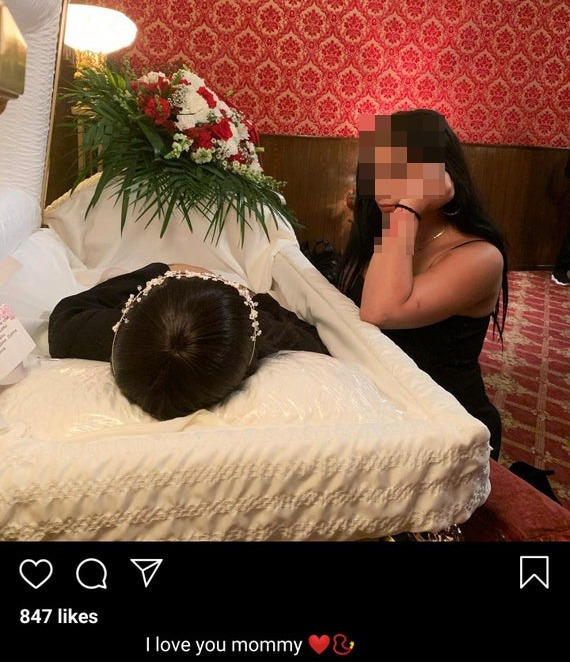 But while many were quick to offer their sympathy, others were outraged by the “shallow” post.

One Reddit user wrote: “Why live in the moment when you can live in a facade.”

“Horribly tasteless… but gotta get those likes” agreed another, while a third added: “Shallow shallow shallow.”

Meanwhile a fourth joked: “I can honestly say that if my kids post a photo of dead me to social media I will haunt their asses.”

The photo was shared on the subreddit r/Trashy.

The group has over 2.3 million members and is described as a place for "trashy stories, trashy glamour, all things fake, plastic and downright trashy".

In other news, these are the most inappropriate reactions to death ever

And, here's a round up of the world’s most inappropriate selfies revealed.

Meanwhile, funeral directors have slammed mourners who face swap with their dead relatives.