AN influencer has revealed that she likes to dress in risqué clothing at the gym and remains body positive though some say the way she dresses could be too distracting.

The self-described "gym bunny" shares videos on TikTok of herself that usually show her at the gym or showing off her body in skimpy athletic attire. 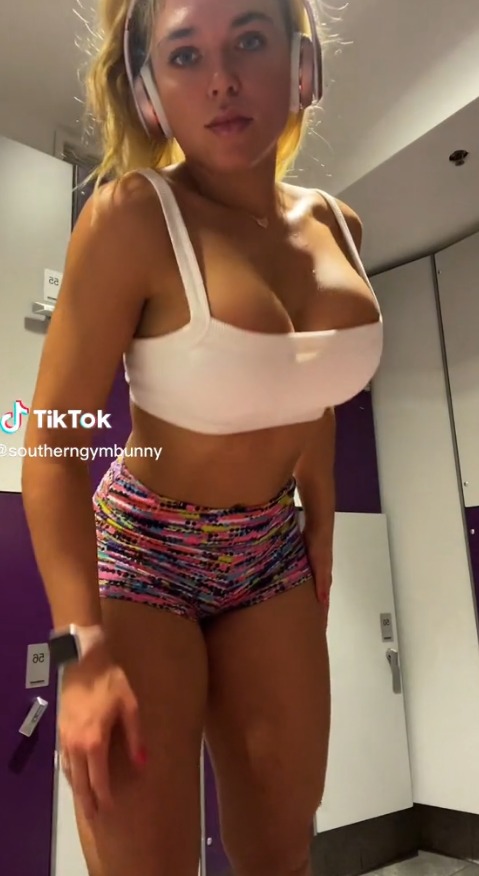 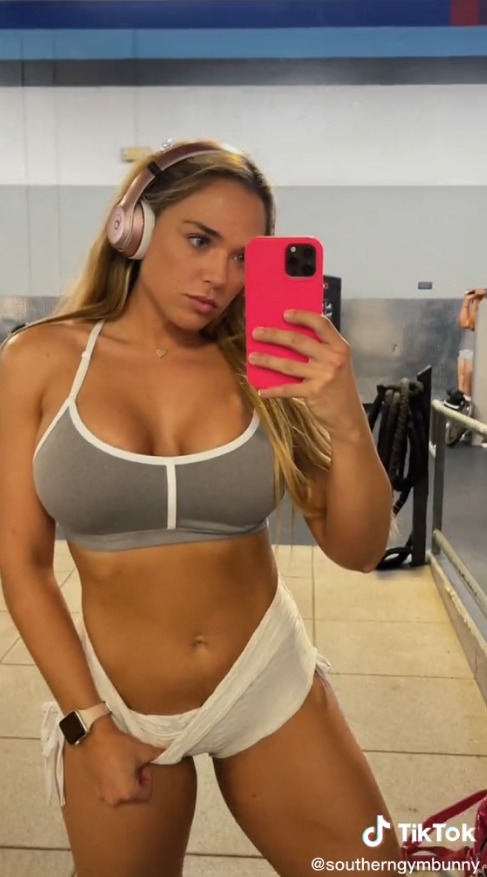 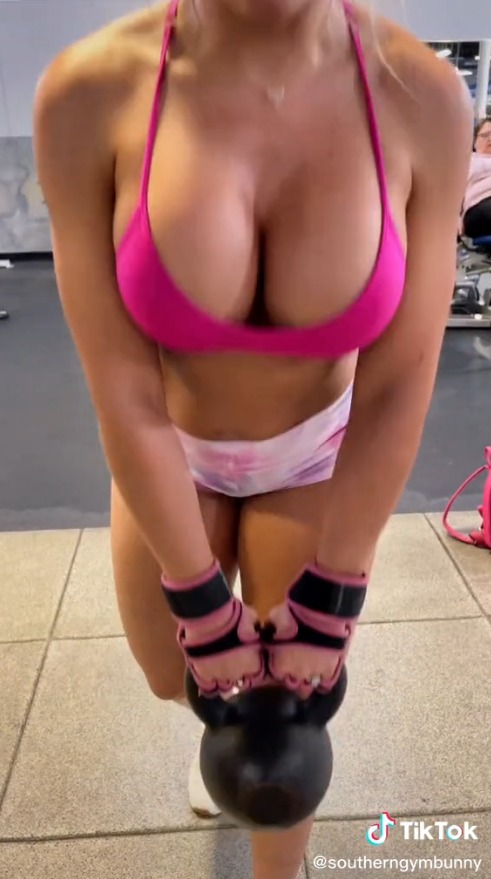 She's known as @Southerngymbunny on the app where she has more than 26,000 followers.

"It’s all about aesthetics," the blonde and fit TikToker added in her bio.

Lots of people comment on her videos expressing admiration for her gym progress and gym fits. 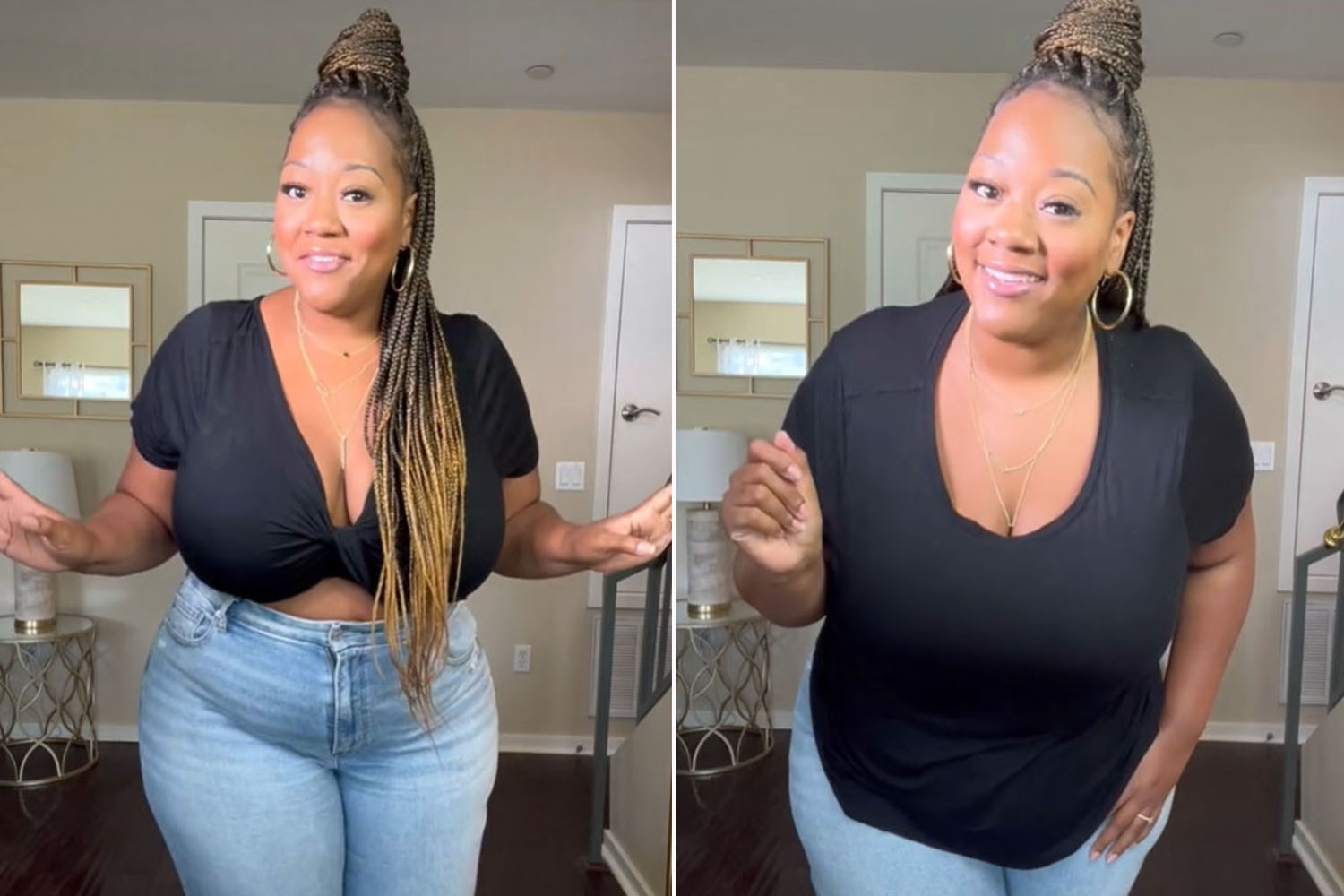 "Show off the results of all your hard work," someone encouraged her in the comments of a video in which she showed herself working out on a stair machine.

With her muscular build and tiny gym outfits, TikTokers even suggest she isn't real.

A viewer commented on a video of the gym bunny in complete disbelief asking: "What lab did they build you in?"

Lots of her followers goggle over the videos she shares doing workouts or just showing off her gym outfits because of how easy it is to see her breasts spilling out when she does certain movements. 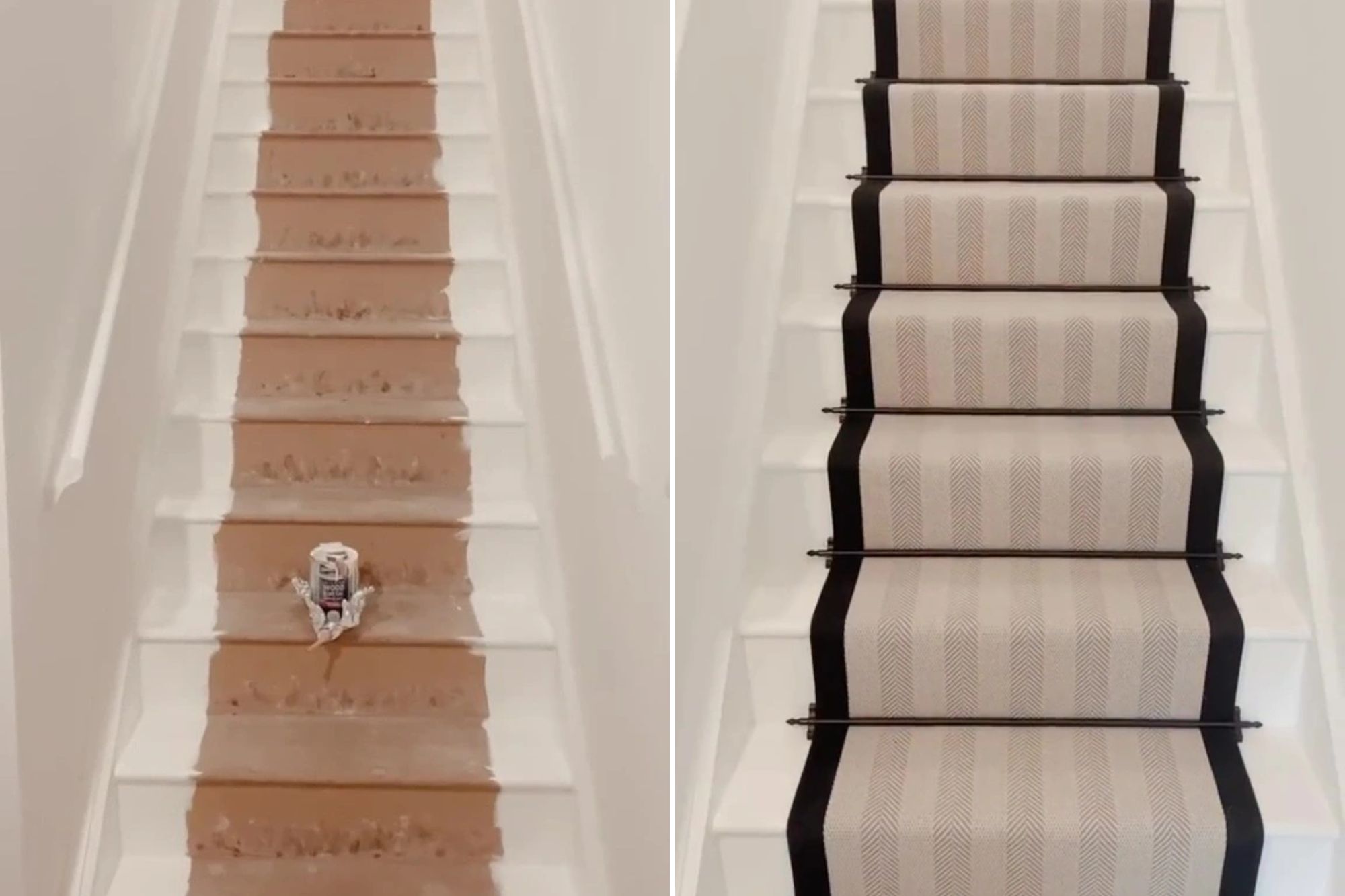 IN FOR A POUND

Though TikTokers love to see the videos of her working out in the skimpy outfits she shares on the app, some say how she dresses at the gym would be a great distraction for them.

"Going to break some necks at the gym," someone commented on one of her TikTok videos.

Another person said: "I could not even get a rep [of my workout] in [with] you around," on a video of her doing a workout with a weight in a tiny pink sports bra that can barely contain her large breasts.

Someone else had an opposing view to those who said she'd cause a disturbance to them, admitting that her appearance at the gym would give him motivation. 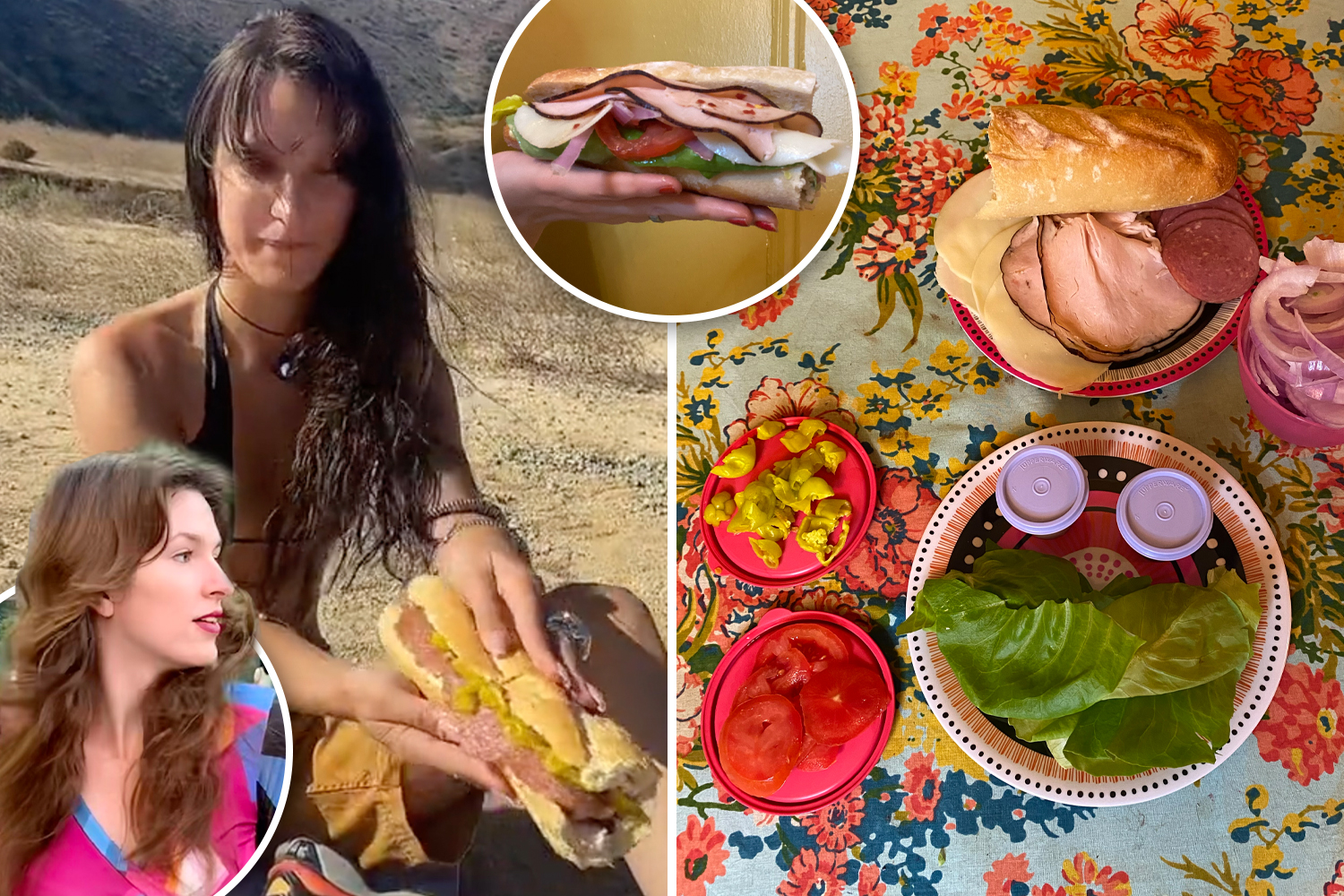 The video he left the comment on had screen text that the gym bunny added saying: "Walking through the gym dressed like I'm at the club."

She was working out on an elliptical machine in a small pink sports bra and tight pink and blue shorts in the video with the added screen text about her club-like gym outfits.