A WOMAN was left furious when her date asked her to go halves on a bill at dinner because he ordered more than her.

Marina, who lives in Dubai, said that she met the man on Tinder and couldn't believe he wanted her to pay for his food. 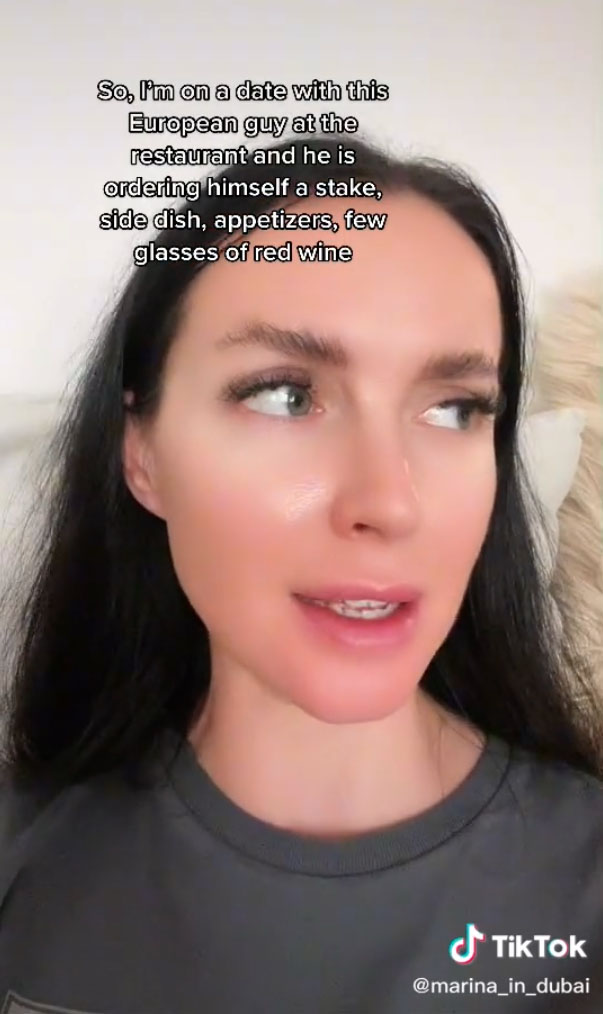 Marina took to her TikTok platform to upload the post she captioned "Tinder Date."

Posting under the domain marina_in_dubai she said: "So I'm on a date with this guy at the restaurant and he is ordering himself a steak, a salad, a side dish, an appetizer, and a few glasses of red wine."

Adding: "I just got one small salad and one cocktail. Then the bill comes and I obviously was like would you like me to contribute?"

Marina had only planned on paying for her own food and drink, but her date suggested she pay half.

The post has been viewed over 77k times and TikTok viewers have been quick to comment, with many agreeing with the woman.

"A man should pay everything and should bring you a gift for spending your time with him" commented one woman.

Another said: "Funny. When I see people come for a date at our restaurant and it's time for the bill, and the man asks to do 50/50, I feel like slapping the hell out of him."

"I'm not paying anything. Period. It's a date. Let the man be a man and not a friend of yours" said another woman to which Marina responded, "I second that sis."

Others however said that is only right for each person to pay for themselves.

"How about everyone pays their bill," said one person.

Another commented: "Feminism, equality, and stuff as long as you benefit right."

"In Europe, they practice equality, something to consider" added a third. 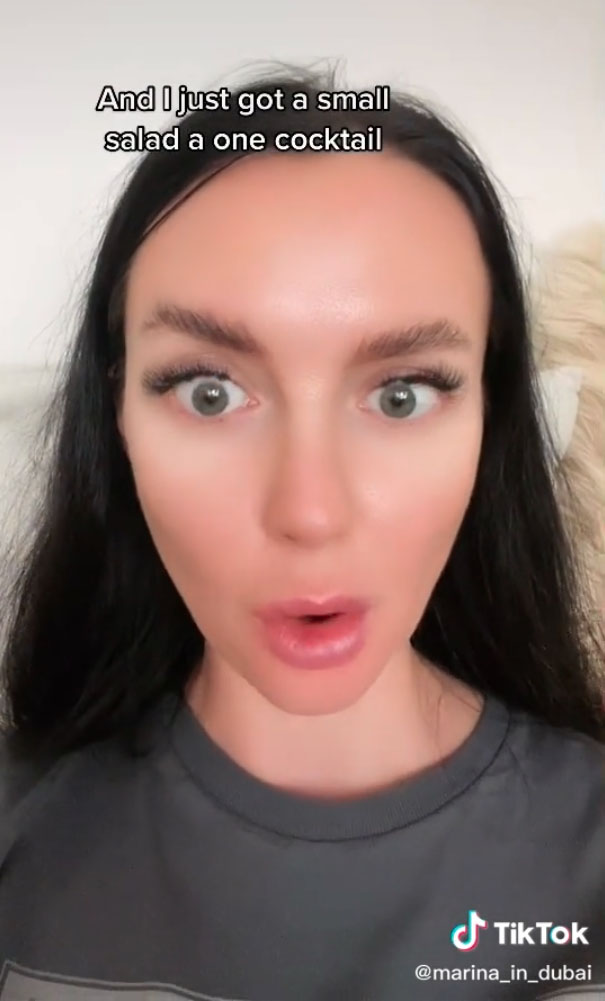 In related news, one woman is stunned after Hinge date unleashes vicious tirade when she makes an offhand comment

Meanwhile…I made $13k a month in my waitress job but my man’s mum hated it – I quit to make her happy, then he dumped me anyway.

Also…I’m pretty & it’s NOT a good thing, girls leave me out, they don’t like not being the most attractive person in the room.