MODEL Lisa Snowdon has revealed the key to her amazing figure – eating with CHOPSTICKS. The 47-year-old presenter said: “If I’m hungry and use a fork, I shovel food in. With chopsticks, it takes longer and tricks me into eating less.” 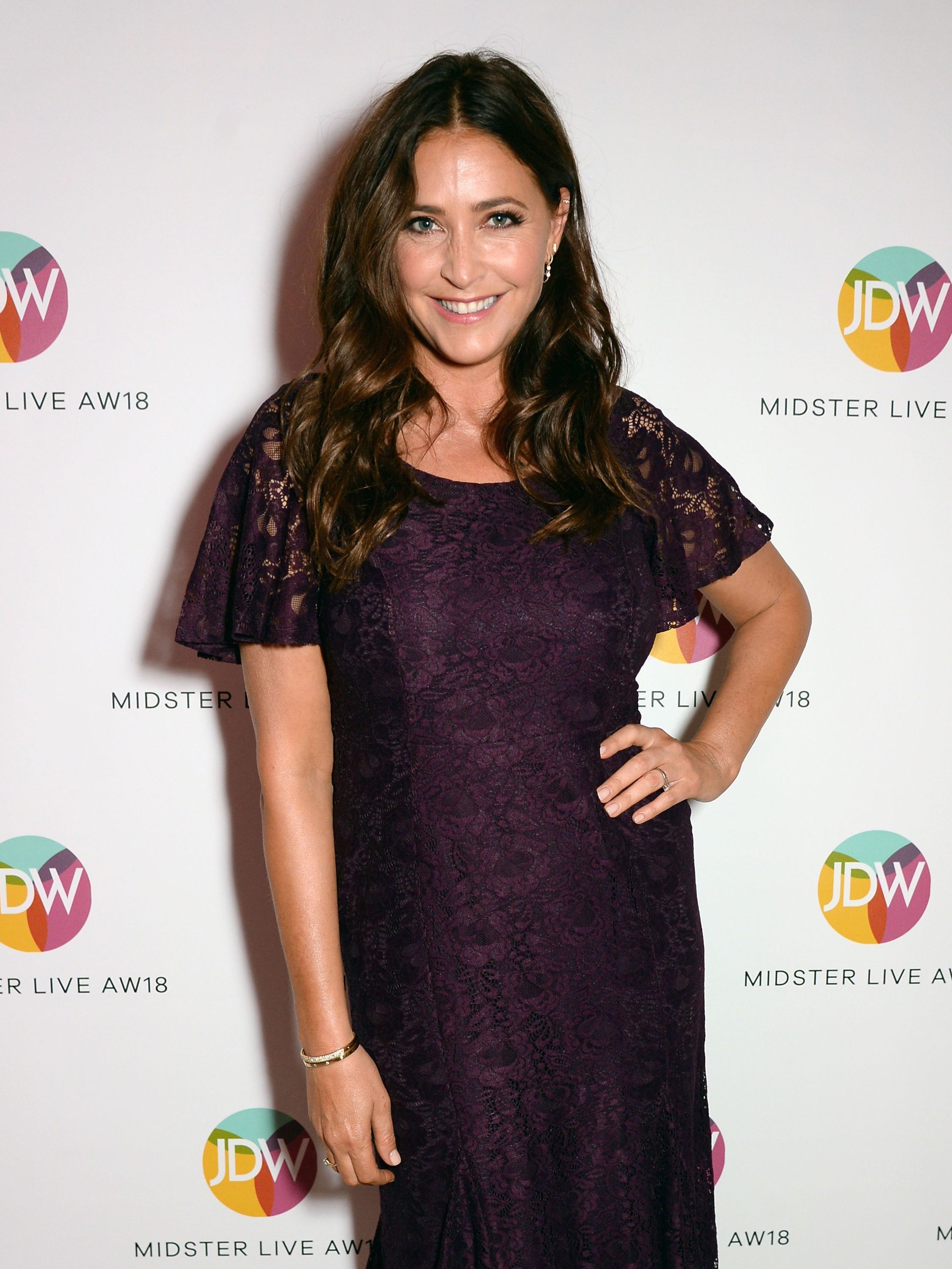 “I like to keep in shape. I gained a few pounds over the winter and was keen to get back in shape in time for summer, so I was up for the challenge.

“It definitely sounded more fun than slogging away in the gym.

“I’ve never been a big fan of chopsticks. Before signing up for this experiment, if I went out for a Chinese meal I’d start off using them but usually by the time I got halfway through my noodles or rice I’d have swapped to a fork. 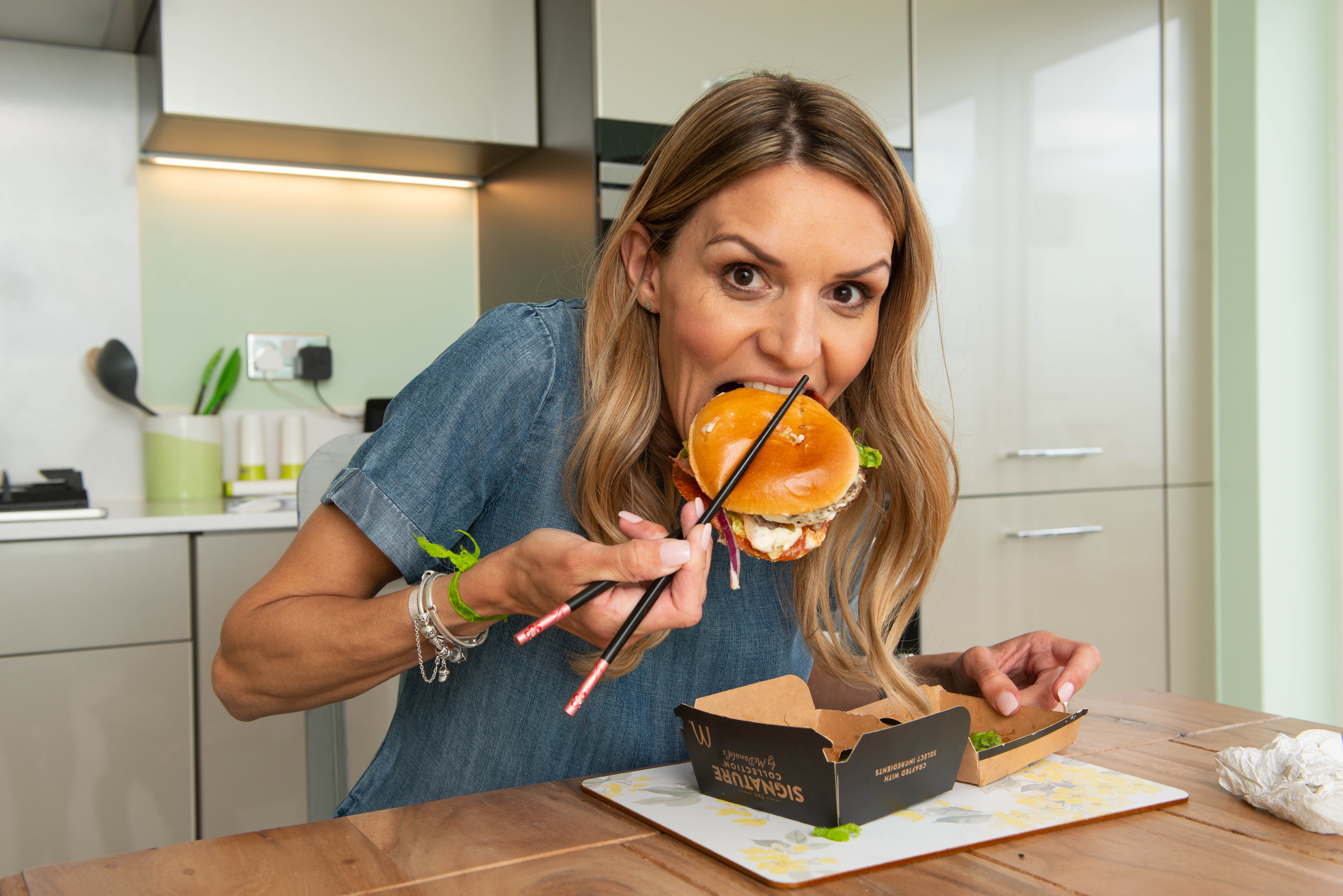 “So when I picked them up for the first time in ages I found it very hard.

“I always have a big bowl of Special K Chocolate for breakfast, but it was impossible to eat with chopsticks.

“I bought some lovely children’s chopsticks for the kids too and they were happy to give it a go with me.

“At first Andy thought it was interesting, but he got fed up pretty quickly and switched back to using his spoon after one meal. 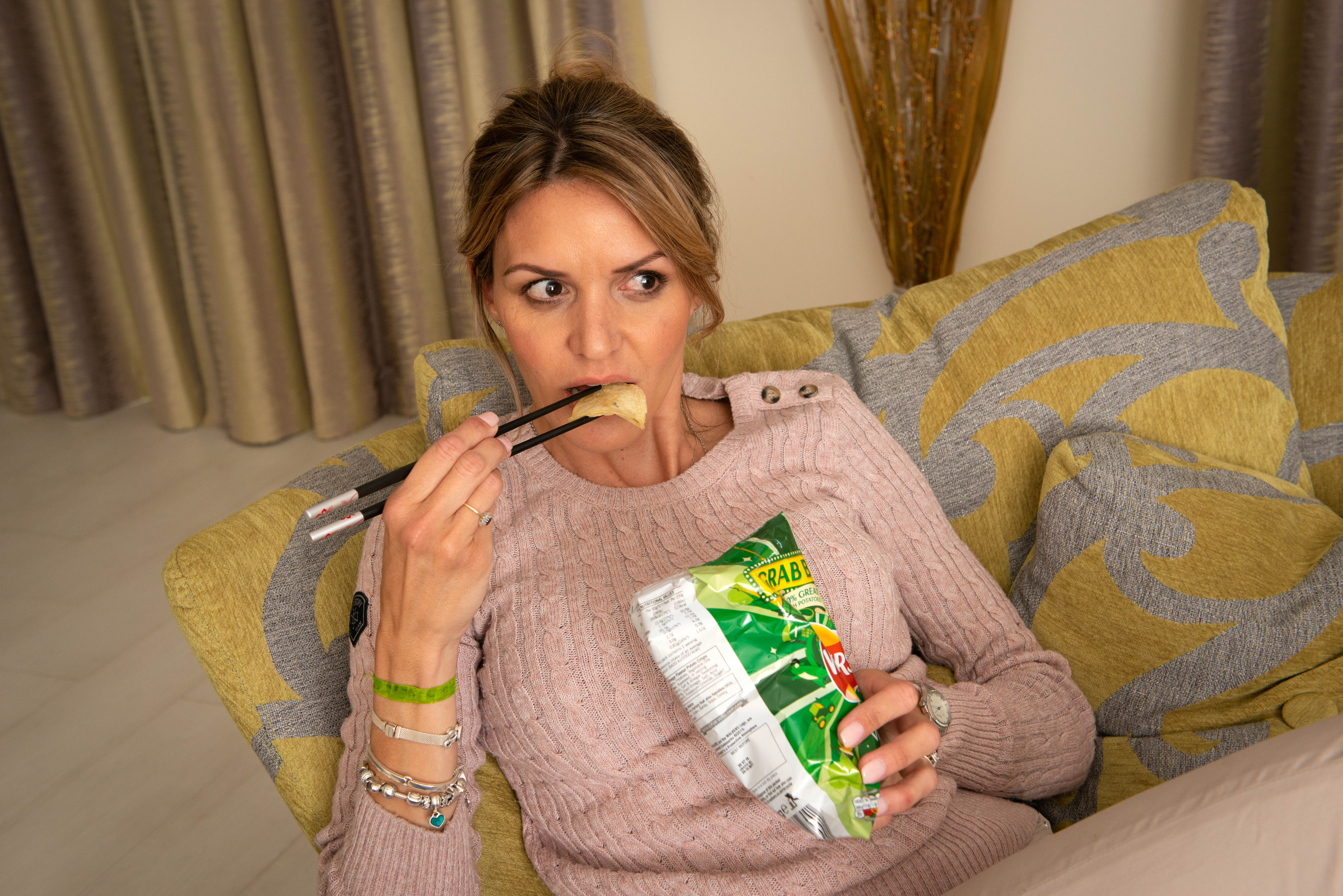 “But Annie, who is only two, loved giving it a go.

“Perhaps the key is to get them used to it from an early age. She’ll be a whizz when she’s older.

“I tried to eat my own bowl of cereal but I had to give up before I’d finished to do the school run. It was just taking me too long and milk was spilling everywhere. Instead, I took a cereal bar with me which I ate in the car.

“I was disappointed that I hadn’t managed to finish and by ­lunchtime I was determined to give it my best shot. 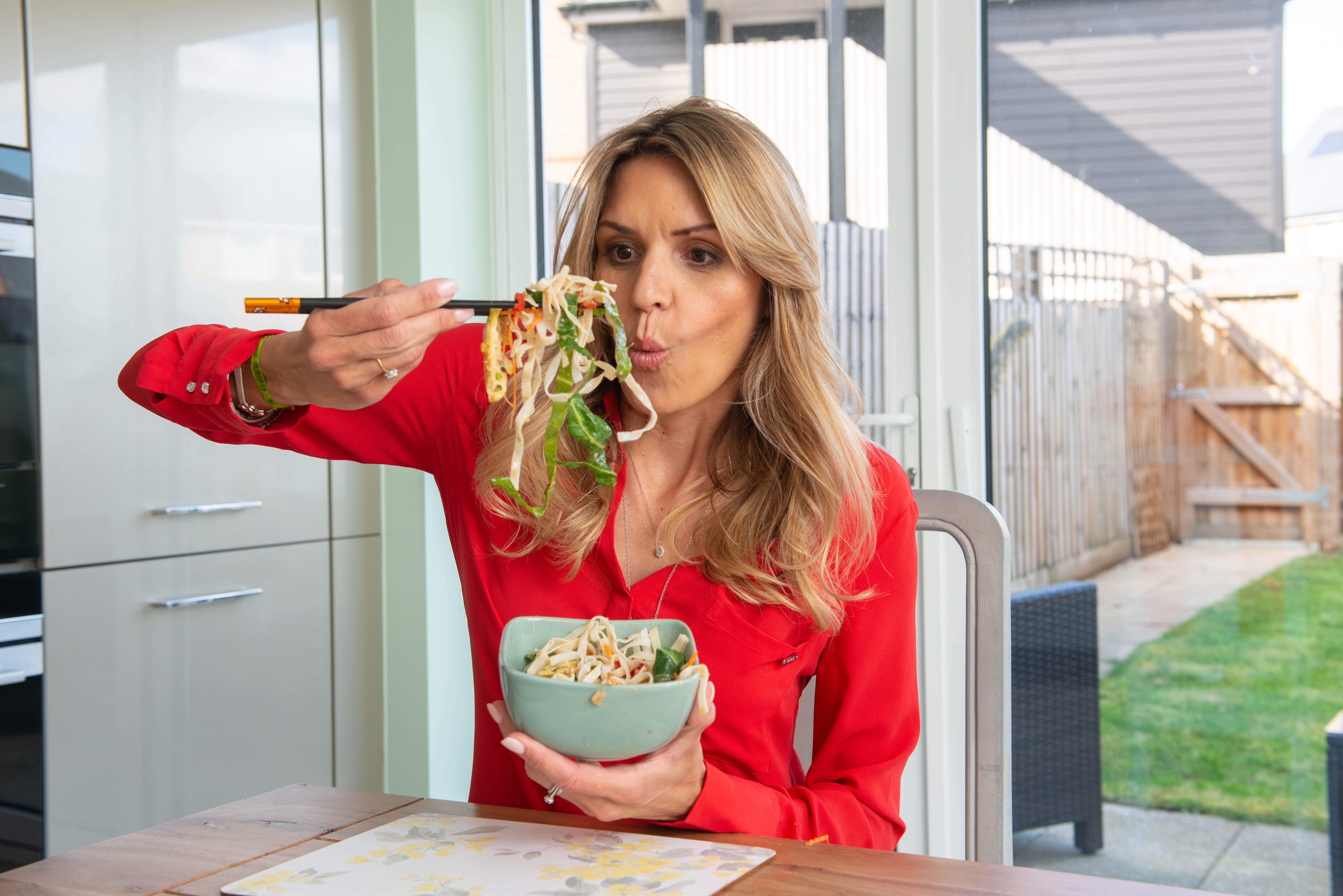 “I went to a cafe and ordered an omelette and toast.

“I got quite a few strange looks when I pulled the chopsticks out of my bag and started tucking in.

“It was far easier to manage than it had been with the cereal.

“Using the chopsticks didn’t stop me finishing the meal, so I’m not sure Lisa’s theory would work for me. 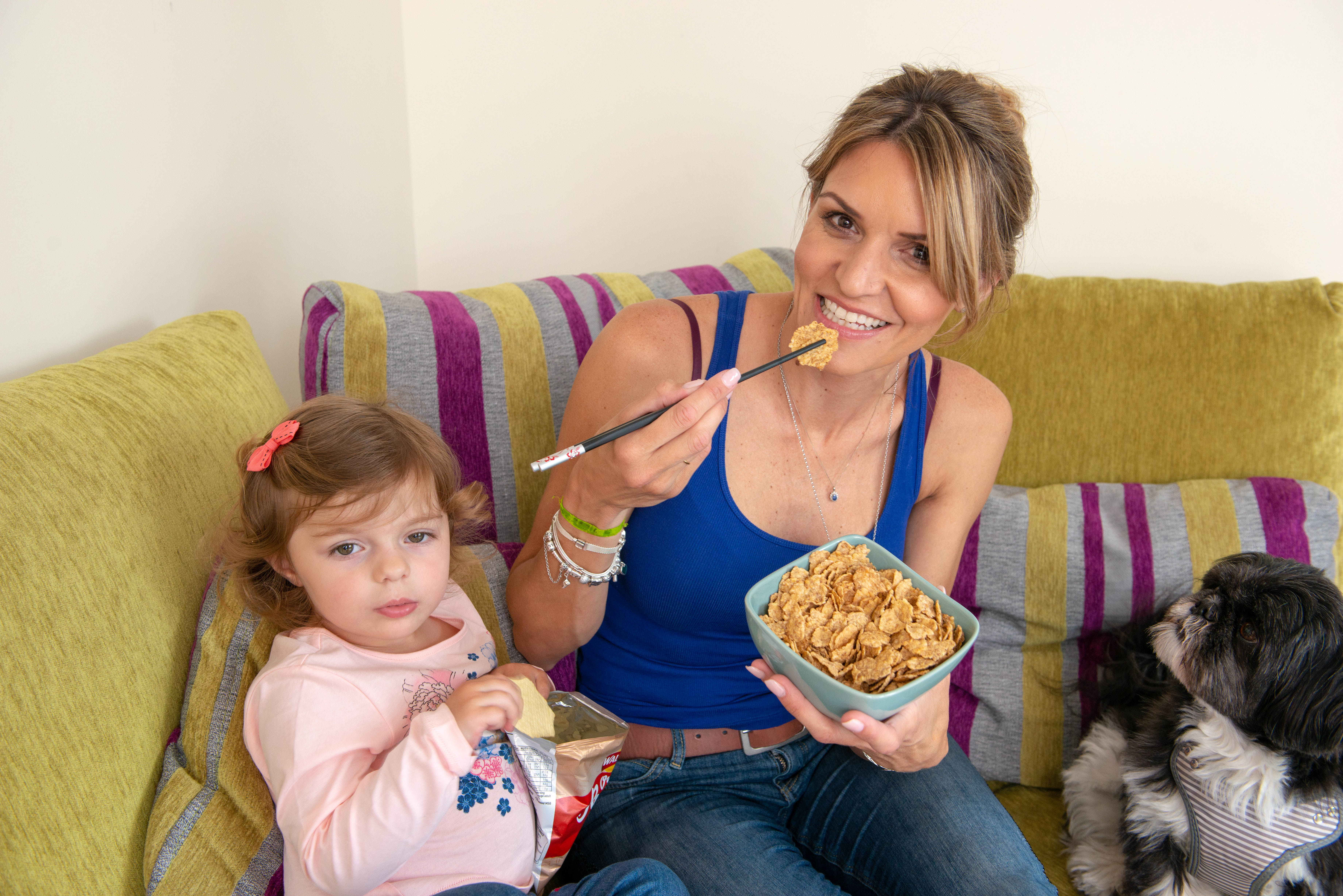 “But it did take me much longer than usual and I really thought about each mouthful and how I was eating.

“I was slowly starting to get the hang of it when it came to fish pie for ­dinner and this was probably one of the easier meals to manage. I wanted to stick to normal family foods for this experiment, so at lunchtime the next day I tried burger and chips.

“It was impossible to eat with chopsticks.

“Clearly it’s not meant to be eaten that way and the sauce was oozing out everywhere. 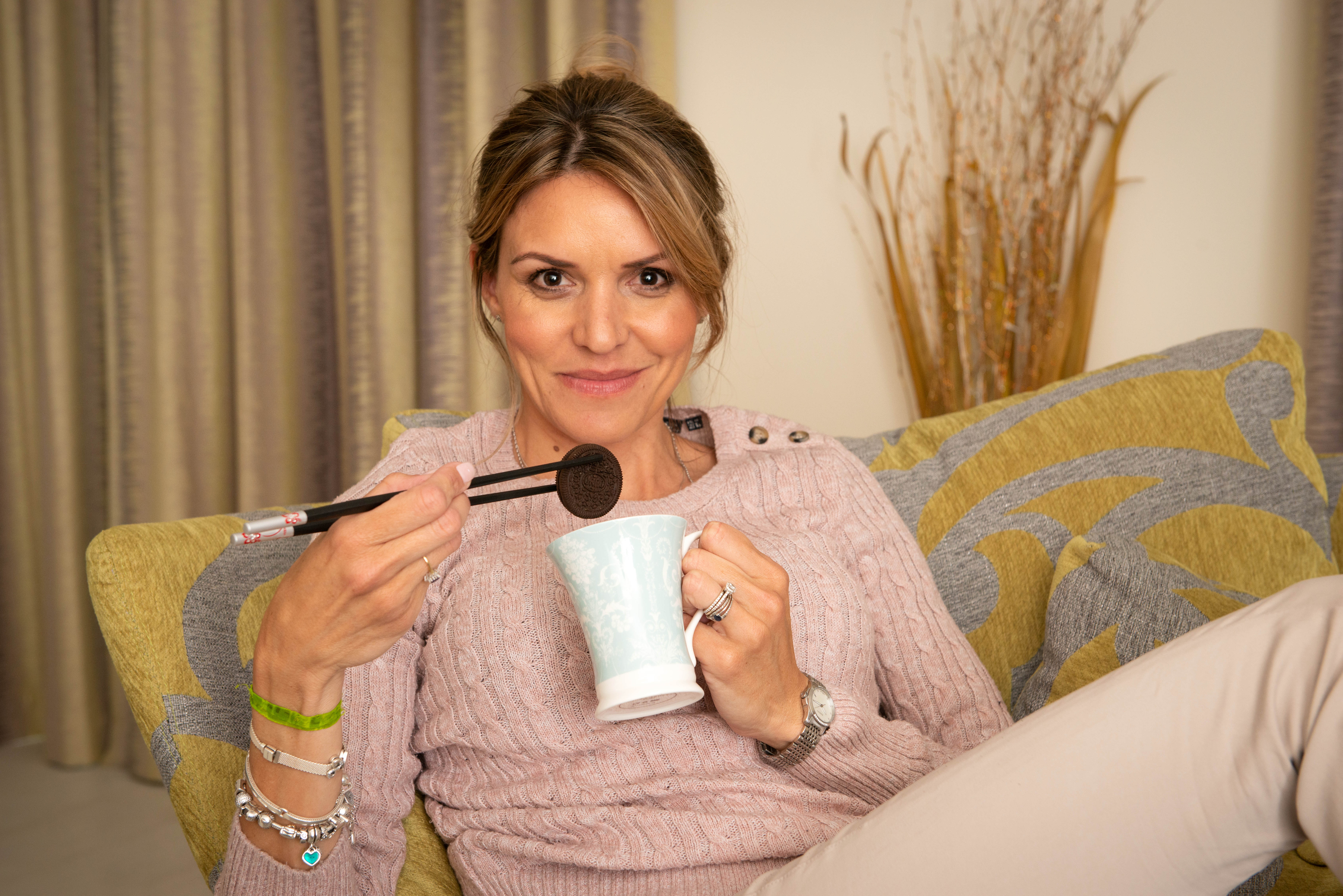 “I certainly didn’t have a clean outfit afterwards — it had dribbled all down my top.

“I’m guessing Lisa rarely treats herself to a burger.

“In the afternoon when I felt a bit peckish I used chopsticks to nibble a few strawberries, which wasn’t too bad.

“I had to be careful not to grip them too hard or else I’d end up with the juice all down me. Annie liked doing this too.

“I even used the chopsticks to eat an Oreo cookie as I sat on the sofa. It made it quite fun and in a way I felt I enjoyed the ­biscuit more as I had to take extra time eating it. 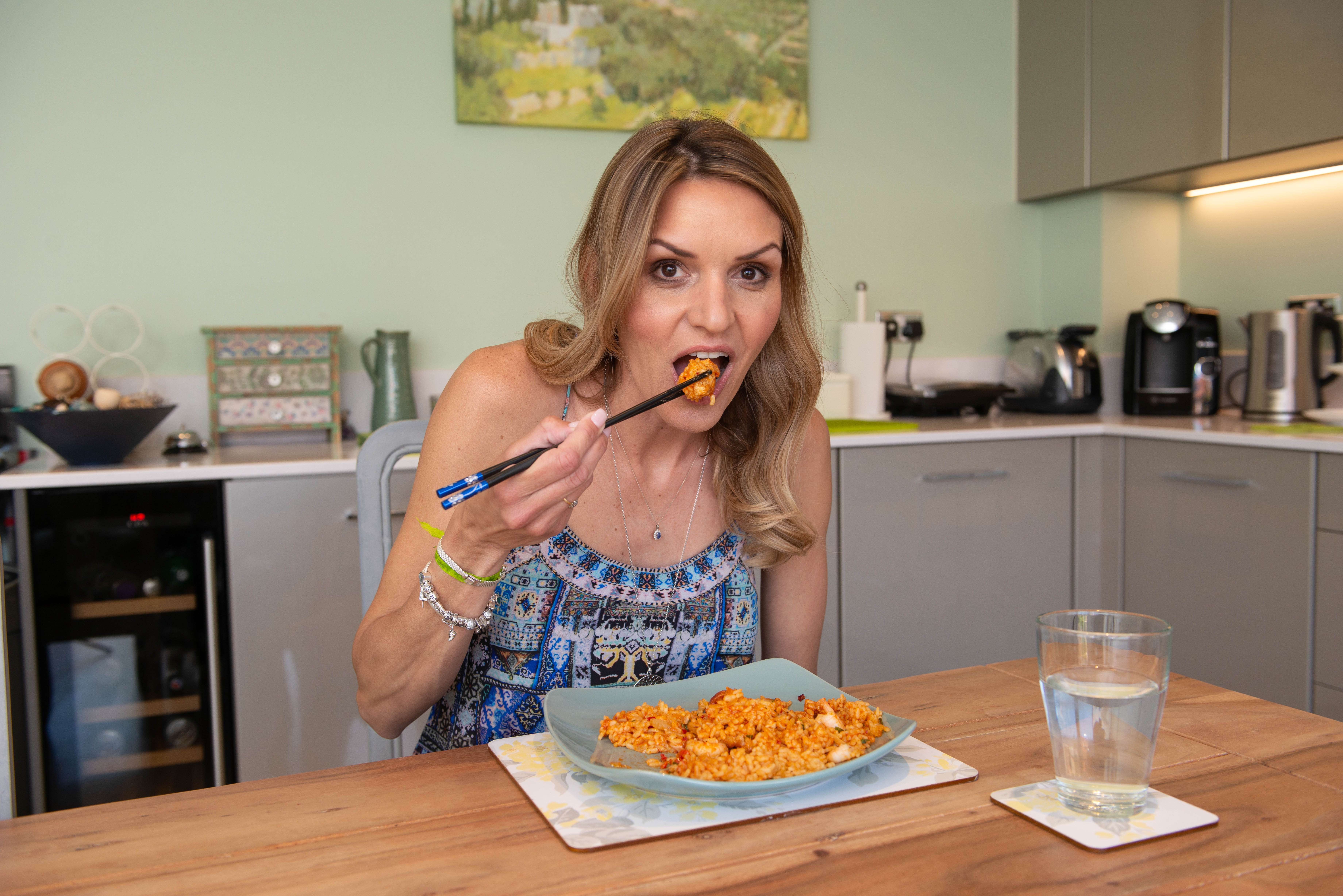 “That night, we had paella and this was one of the biggest successes. I finished the whole bowl which was great as I’d been ­hungry having not finished lunch.

“The rice was much easier to grip and while it took me longer than usual to eat, it was nice to sit down and spend some time eating as a family.

“The next day, I had a light ­seafood snack — some prawns and salmon from a bowl.

“I don’t know whether my ­technique was starting to improve or whether the food was just ­easier to eat in this way, but I managed OK. 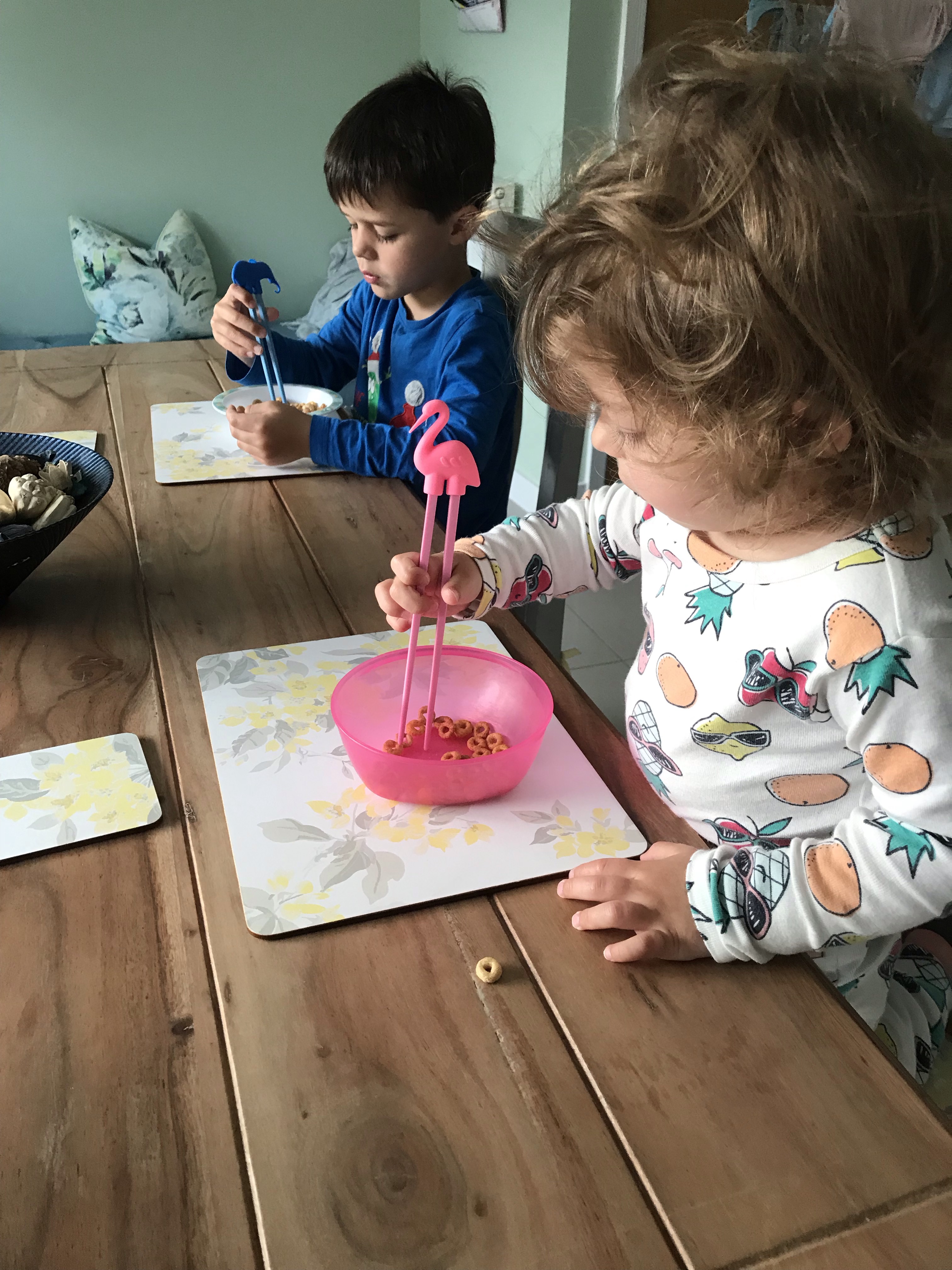 “In the evening, we had chicken curry. Again, as it was a rice-based meal it was so much easier to eat and I cleared my plate.

“Overall, I found eating every meal with chopsticks really hard.

“For somebody with children, I don’t see how you could apply this to your daily life.

“It would be fine for someone who is able to sit down and spend a lot of time over their meals. This is not really an option for most busy mums. 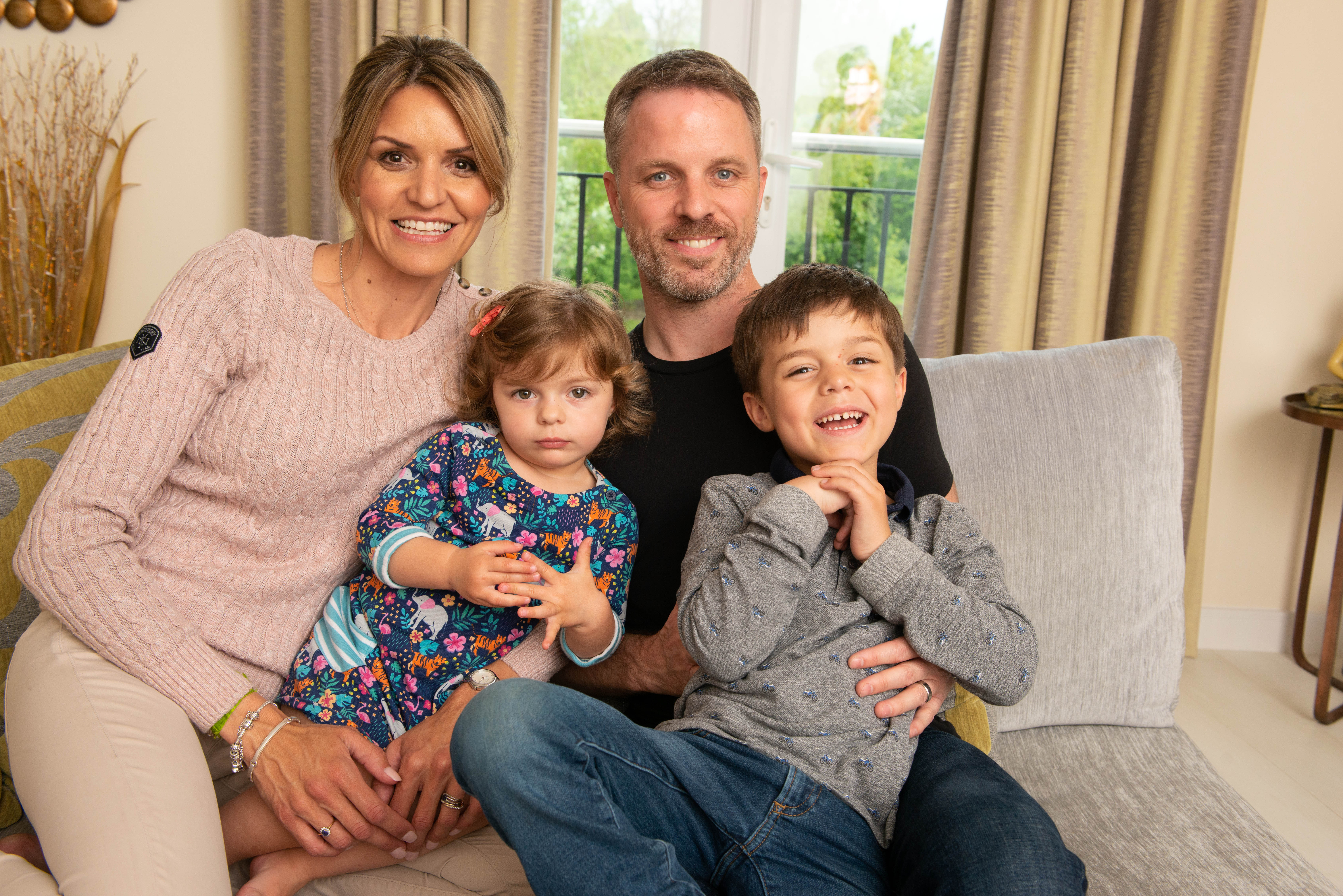 “For the duration of this ­experiment, my husband tried to take over looking after the kids while I was eating.

“He was the one getting up and down to get their drinks, wipe the faces and taking them to the ­toilet. I felt bad just sat there still trying to finish my dinner.

“If you were able to take time doing it then I do think it would make you eat less.

“You are forced to eat more slowly and you start to feel full much more quickly. It felt like a hassle to finish off a meal.

“I’ll definitely be glad to get back to using a knife and fork.

“My technique has improved and I can’t wait to go back to a ­Chinese restaurant and use ­chopsticks again — but it’s not something I’d want to do day to day, even if it could help me shift a few pounds.