A PROFESSIONAL waxer who makes $100,000 a year has revealed the tips she gets from the husbands of her clients makes customers' annoying habits less irritating.

Priscilla Bond frequently takes to TikTok to share stories from her salon, and has earned herself over 13 million likes on the site with her often hilarious tales. 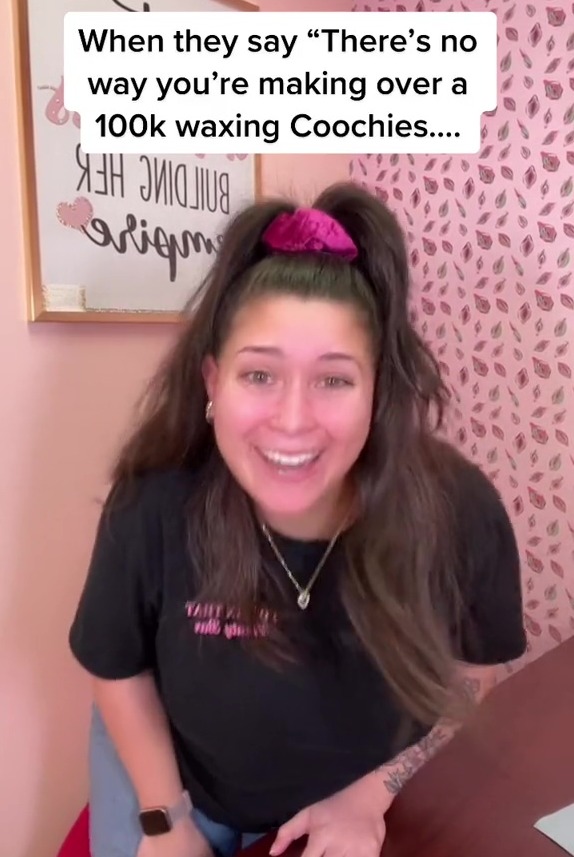 In a recent video, Priscilla admitted her career choice sees her rake in six figures a year – which may come as a surprise to some.

To the tune of Aloe Blacc's The Man, the waxer wrote: "When they say ‘There’s no way you’re making over 100k waxing Coochies'," before showing herself bursting into laughter.

Among the comments on the video, people insisted that the salary is more than achievable.

"Because you're amazing and your energy keeps the customers coming back! Go boo go!"

Her job isn't without its difficulties, however, as Priscilla admitted it can be tough convincing her clients not to have sex for 24 hours after their appointment.

"1 reason why people don’t keep up with waxing is because they don’t have a supportive significant other," she wrote in another video.

"Don’t shave in between your waxes for your significant other," she continued, before adding: " No sex for 24 hours, don’t let them talk you into it… they can wait…" 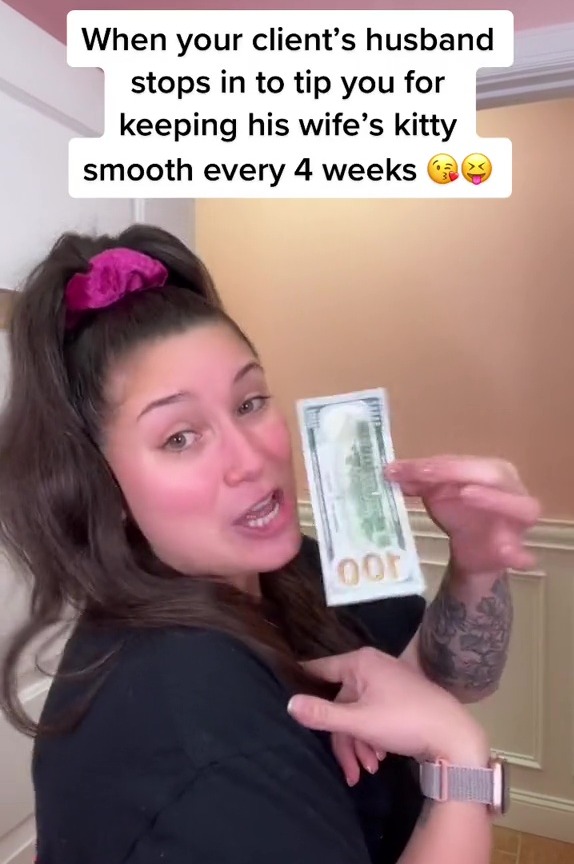 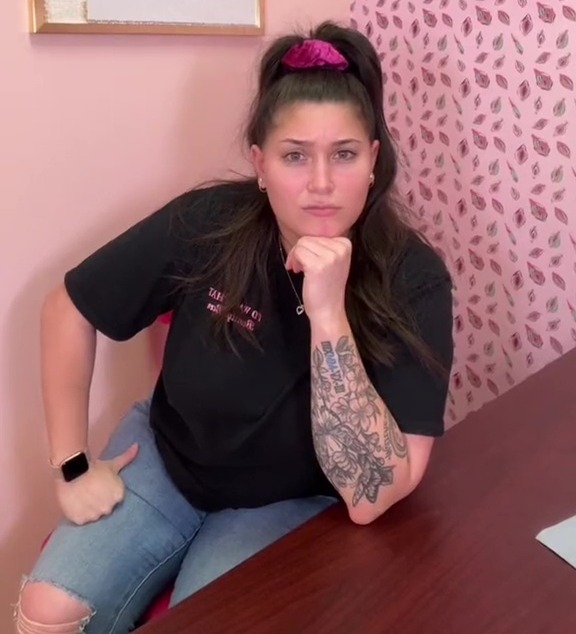 But dealing with the irritating rule-breakers is made worthwhile when Priscilla receives tips from her clients' husbands.

In a video showing herself happily waving around a $100 bill, she wrote: "When your client’s husband stops in to tip you for keeping his wife’s kitty smooth every 4 weeks!"

In other waxing news, a beautician has revealed the nightmare waxing situations you should be aware of.

This professional waxer reveals what they think of a seriously overweight client.

This woman got intimate hair removal as a gift, but the mortifying bit happened in reception.