The reality show shaped not only TV but celebrity, beauty and entrepreneurship. 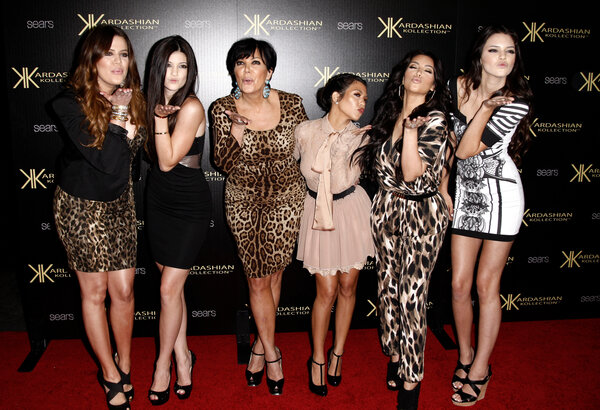 By The Styles Desk

This week, the Kardashian-Jenner family announced that after 20 seasons, their namesake reality TV show, “Keeping Up With the Kardashians,” would come to an end in 2021.

When the program first aired in 2007, the leading family was known for its late patriarch, an attorney who represented O.J. Simpson; the Olympian who married in; and a daughter whose personal life was exposed in a pornographic video leak. But within years of the premiere, the women of the family and their matriarch “momager” became, in their own right, some of the most famous and influential people in the world.

For the show’s loyal fans, its final season means the end of an era of entertainment and access to the stars’ personal lives, which the show has documented in sometimes unsparing detail. Even for non-watchers, the show’s impact may be felt; after all, the influence of “K.U.W.T.K.” on celebrity, beauty, entrepreneurship and status can be seen on magazine covers and social media, in shopping malls and e-commerce, and on people’s faces.

Here are a few of the ways the show changed not only TV, but culture at large:

It Made Celebrities of a Regular-Rich Family

In its early seasons, the self-aware tackiness of “Keeping Up With the Kardashians” was evinced in the opening credits. The family, dressed in sequins and satin, stands against a cityscape backdrop. A goofy whistling tune plays as they pose for the camera and jockey for attention. These people, with their generously sized home and seemingly relaxed work schedules, are clearly well-off. But they’re also striving.

Fast forward seven years, and Kim is on the cover of Vogue with her husband, Kanye West. A few more years, and Kylie, the youngest, is named a billionaire (a designation since amended, but still, she’s loaded). All of them are owners of multi-million-dollar homes, followed by multiple millions of people on social media, and vastly rich in entrepreneurial ventures.

It’s easy to say it could have happened to any family; even now, the idea that the Kardashians are “famous for doing nothing” remains persistent. But it wasn’t any family. And the numbers keep getting bigger. BONNIE WERTHEIM 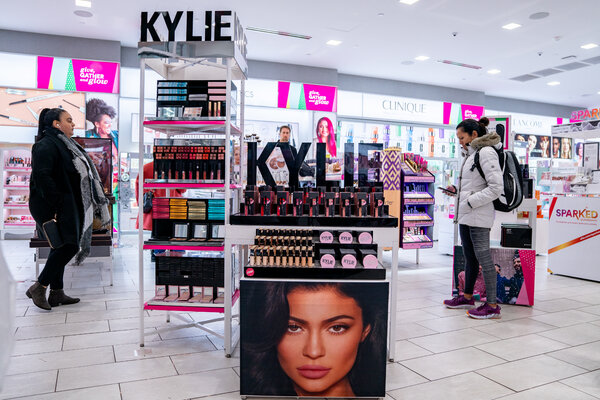 It Built a Multi-brand Empire

First there was the store (R.I.P. Dash). Then the beauty collections (Kylie Cosmetics taught the world about “lip kits”); a hit video game (Kim Kardashian: Hollywood); the clothing lines (Skims; Good American; Kendall + Kylie, for the younger fans; and the Kardashian Kollection, for the thriftier ones, sold at Sears); the sci-fi books (thank Kendall and Kylie for those); a prepaid credit card; and countless brand collaborations.

It’s not unusual for celebrities and influencers to create products that bear their names. What makes the Kardashians different is their promotion of said brands, which were woven into the show as well as the publicized interpersonal conflicts and life changes that made viewers feel close to the family. Looks like it paid off.

Now the landscape has changed, mostly by their own doing. They don’t need a TV show to hawk their wares like they may have when “K.U.W.T.K.” debuted over a decade ago. The power is in their hands. When you can reach your followers directly on social media, control your public image and make millions? (Billions?) That’s a sweet deal. LINDSEY UNDERWOOD

[Read more on the mogul-ization of the Kardashian-Jenner clan.]

Have the Kardashian sisters gone under the knife? The family line, with a couple of exceptions, is no. They say that their ever-changing bodies are sculpted and whittled and plumped through nonsurgical means: Instagram filters, dermal fillers, contour powder, squats. The claim is both ludicrous and shrewd.

A triumph of the Kardashian marketing regime has been selling the appearance of extreme, even campy body modification as an accessible consumer experience, one sold through spa trips on “Keeping Up With the Kardashians,” makeup-chair selfies on Instagram, and branded products like Kylie’s lip kits and Kim’s shapewear.

“Plastic surgery” has long been shorthand for the interplay between Hollywood wealth and glamour, but for the Kardashians — creatures birthed by reality television and raised by the internet — the idea of scalpel on skin feels too old-school, too fleshy, too human for the brand.

The Kardashians were the prototypes for the uncanny cyborg look that has since colonized social media. They exist less as fixed images than as a blur of constant technological upgrades. They refashioned femininity into a computer prompt: enhance, enhance, enhance. AMANDA HESS

It Gave America Language to Talk About Transitions

Caitlyn Jenner — despite having married Elvis’s ex (you know her as the mom of Brandon and Brody, those princes of Malibu) — often gave the appearance of being the least spectacular one of the family.

But if the extended Kardashian ecosystem has taught us nothing else, it’s that we should also always look beneath a surface. Caitlyn and Kris Jenner each have six children. The Venn diagram of those 12 contains two, Kendall and Kylie — who some believe are the most potent of the species.

Of the extended family’s skills that Kendall and Kylie and their kin have mastered — wonderful portraiture of the self, a native sense for the exploitation of brand identity, the ability to dance with stars, an incredible gift for argument and persuasion — Caitlyn may be the one who has studied the hardest.

The announcement of her gender transition ate a significant amount of the news cycle of the middle of 2015, an otherwise uneventful year apparently. She began secretly meeting with Buzz Bissinger for a profile in Vanity Fair in February; she confided publicly in Diane Sawyer in April. The Annie Leibovitz portraits were released in June for the July cover of Vanity Fair. The reality show called “I Am Cait” premiered at the end of July to millions.

It was a rollout of extreme finesse in which everyone went home delighted. (“All stories are part of some coordinated rollout,” shrugged the former Vanity Fair editor Graydon Carter to this paper at the time.)

Caitlyn brought all the extreme ferocious professionalism and resources of the family to bear, and for good personal reason. But she also did something for the rest of us. In setting the framing of the conversation, she may have changed hearts and minds among older and more conservative and more transphobic Americans. CHOIRE SICHA

It Shaped Reality TV As We Know It

At this point, we all know that the reality we see on reality TV is not real. But when “Keeping Up With The Kardashians” premiered in 2007, the lines were a little more opaque.

It was around the time of “Laguna Beach,” and “The Hills,” shows famous for making viewers question whether it all was scripted. There were the youths on the “The Real World” who weren’t going to be polite anymore and “The Real Housewives” wrecking havoc on Orange County. But then came the Kardashians — sharing their worst moments (cheating, sex tapes, robberies) and their best (weddings, births, brands).

Of course, we knew. We knew this was all a karefully kreated koncotion. You can’t kontrol everything. Real parts of their lives started to reveal themselves through social media and the celebrity news media. Maybe it’s better to keep up with them there.

The question now for most of these shows and the stars they spawned is what they provide that we can’t see for free in real time. Surely they will find a way. LINDSEY UNDERWOOD

It Showed Us Another Side of Kanye

Kanye West began appearing on “Keeping Up With the Kardashians” in 2012, the year he started dating Kim Kardashian. He was visibly uncomfortable with the camera. He wouldn’t sit for confessionals. But he was there.

In a memorable early appearance, Kanye came to Kim’s house to rearrange her wardrobe. Kim, explaining why she would let her boyfriend mutilate her closet, told the camera: “He’s a fashion designer and he loves clothes, so I’m excited to collaborate with him to see what his take on fashion is.”

Kanye’s design aspirations had been clear to his fans for some time. But for the show’s massive audience, Kim’s words meant something. They were actualizing. The following year, Kanye signed a deal with Adidas, which led to the creation of the Yeezy brand, a line of shoes and apparel worth billions.

The show has helped Kanye promote himself not only as a designer, but as a visionary aesthete, as a husband, as a father and as a Christian. It has provided a counterpoint to those who have scorned his ambitions and a public relations platform in times of crisis.

Since 2012, he has grown far more comfortable on camera, and significantly more involved behind the scenes of the show. And in 2019, he appeared in his first confessional. He was inspired to do so, he said, by the Pixar film “The Incredibles,” which opens with seated interviews. “The wife got a big butt,” he told the camera, explaining the similarities. “And I just see our life becoming more and more and more like ‘The Incredibles’ until we can finally fly.” JONAH ENGEL BROMWICH

It Created a Power Broker

When Kim Kardashian West announced, in 2019, that she was pursuing a law degree, critics were quick to dismiss her aspirations. She clapped back with a few self-referential “Legally Blonde” jokes.

It’s true that her path was unusual: She didn’t attend college and had no plans to enroll in law school. (California is one of four states where a degree is not required to take the bar exam; Kim will be eligible once she completes an apprenticeship.) Still, despite the unconventional means, her investment in criminal-justice reform was demonstrably real.

The previous year, she paid a visit to the White House to speak with Donald J. Trump about Alice Marie Johnson, a grandmother in her 60s who had received a life sentence for a nonviolent drug offense and had been in prison for 20 years. Kim learned about her case on social media. After the meeting, Mr. Trump granted Ms. Johnson clemency.

Over the last few years, Kim has made calls to politicians, written letters of support for clemency petitioners and paid legal fees for people seeking release. This spring, she headlined a documentary about incarcerated felons seeking a second chance and recently landed a deal for a podcast on the same subject. It would be easy to write off these efforts as an extension of her brand and influence, which they are. But they’re working. BONNIE WERTHEIM

It Introduced the World to an Entire Universe of Supporting Characters

If the Kardashians proved anything during their long run on television, it’s that fame is an endless resource that can be harnessed by anyone who knows how to work a camera. Kim, for one, began her ascent to stardom in the early 2000s as Paris Hilton’s friend and assistant.

Other characters have spun less favorable attention. Jordyn Woods was known as Kylie’s best friend until rumors surfaced about her and the basketball player Tristan Thompson, who was Khloe’s boyfriend at the time.

Though many of these people were famous in their own right before making cameos on the show, anyone who enters the Kardashian limelight is given the launchpad of a lifetime. JULIA CARMEL