It suits her. She looks lovely: softer, more radiant and so different that it’s little wonder even husband Tom is doing double takes. 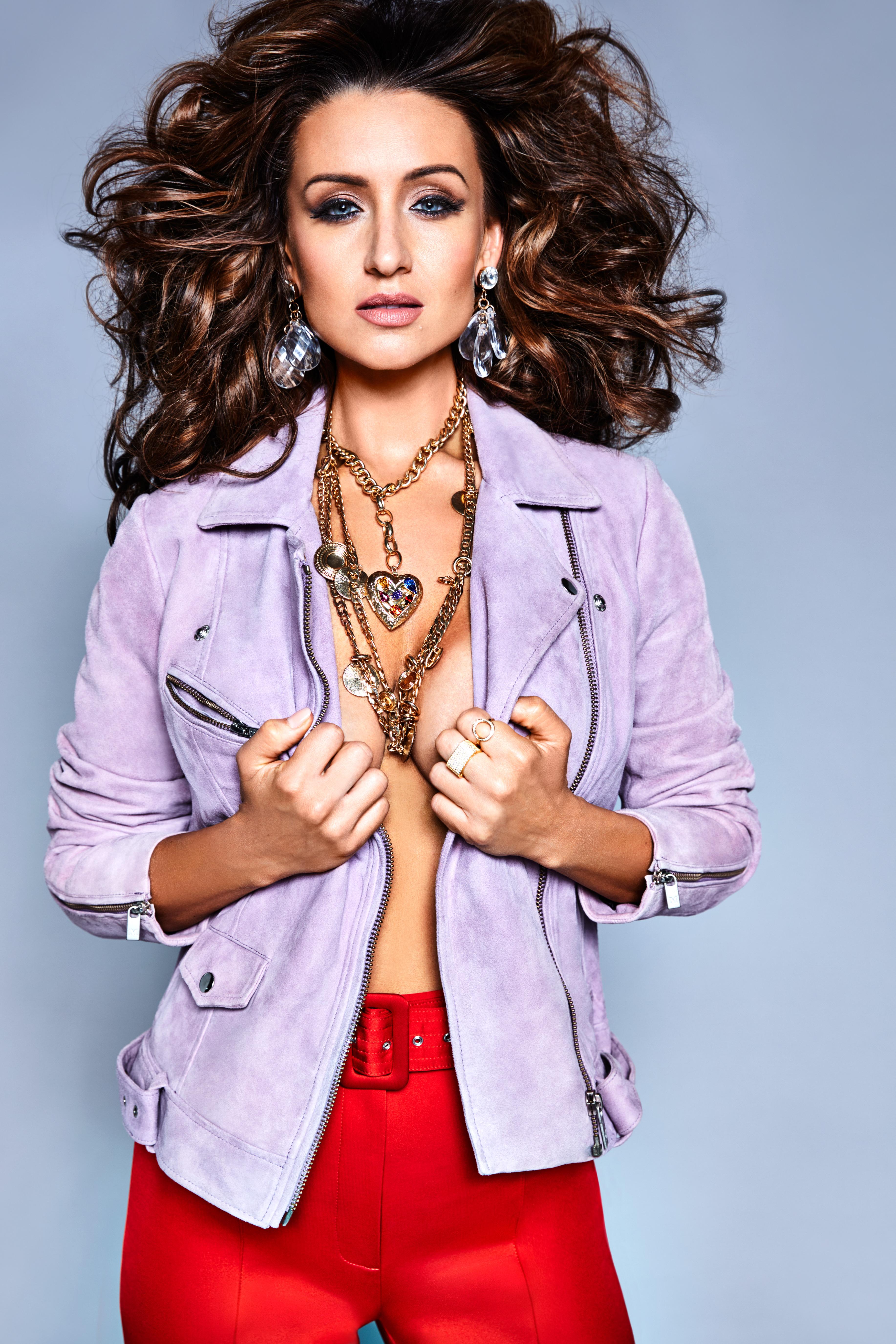 “Tom felt like he was having an affair! He was just like: ‘This is so weird,’” she jokes.

“At first I kept forgetting I’d done it. I was walking past windows and getting surprised by my own reflection. There was a lady on the train the other day and she kept staring, and she eventually said: ‘I feel like you’re supposed to be blonde…’ People are taking a minute to work it out.”

After seven years of playing the brassy and lovable knicker stitcher Eva Price on Coronation Street, Catherine, 34, is getting used to feeling like herself again.

When she quit the cast this summer, the first priority was to de-Eva herself – much as she adored the character. 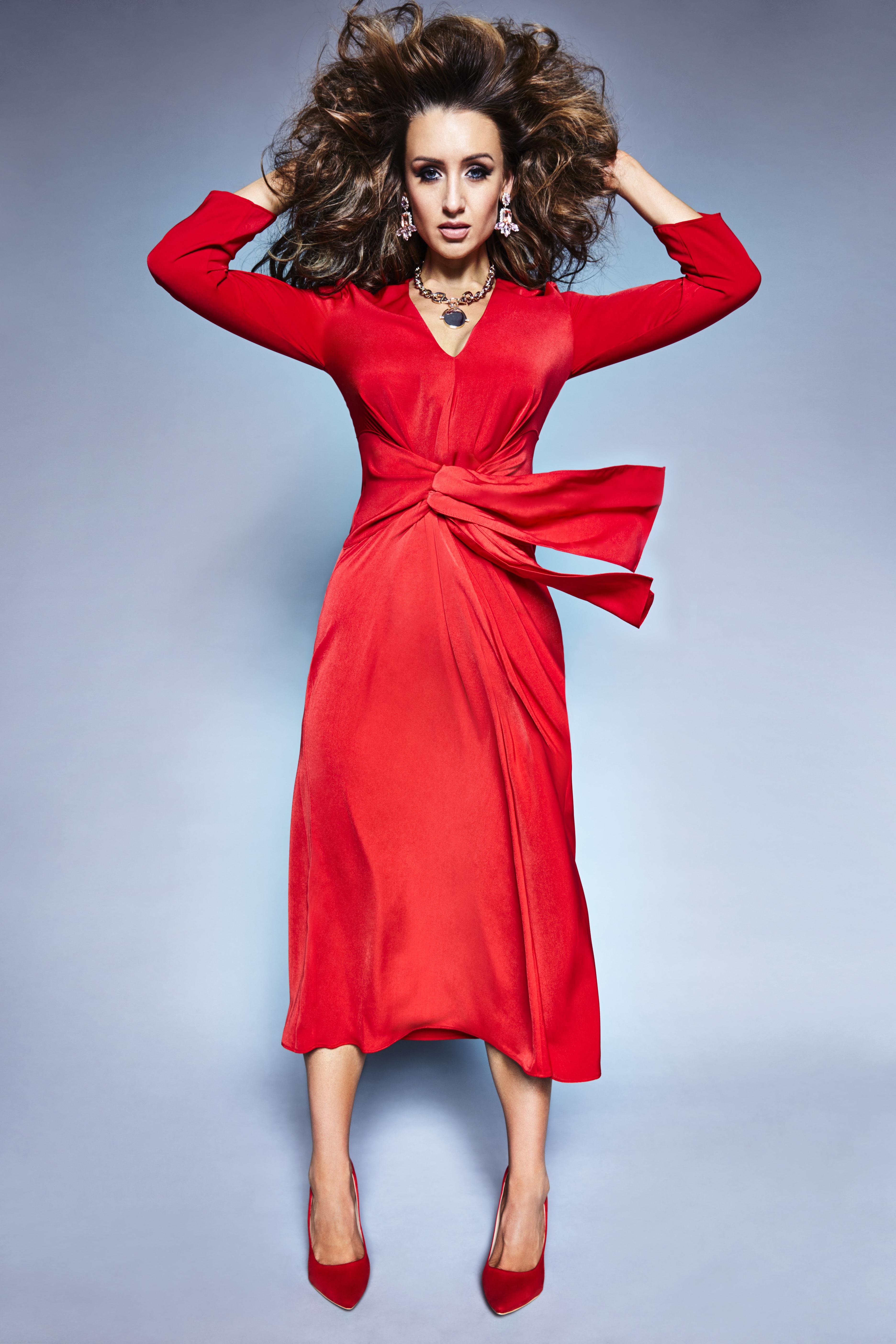 “When I auditioned for Corrie they said they thought Eva would be blonde and I agreed. She wants the long blonde hair, the extensions. She’s a princess. And so it feels really nice to just come back to me. The hair was very much associated with Eva and I think it was important to lay her to rest.

“I also think it’s good as an actress to be a bit of a blank canvas. So if I go to a casting now, they don’t see Eva when I walk in.” 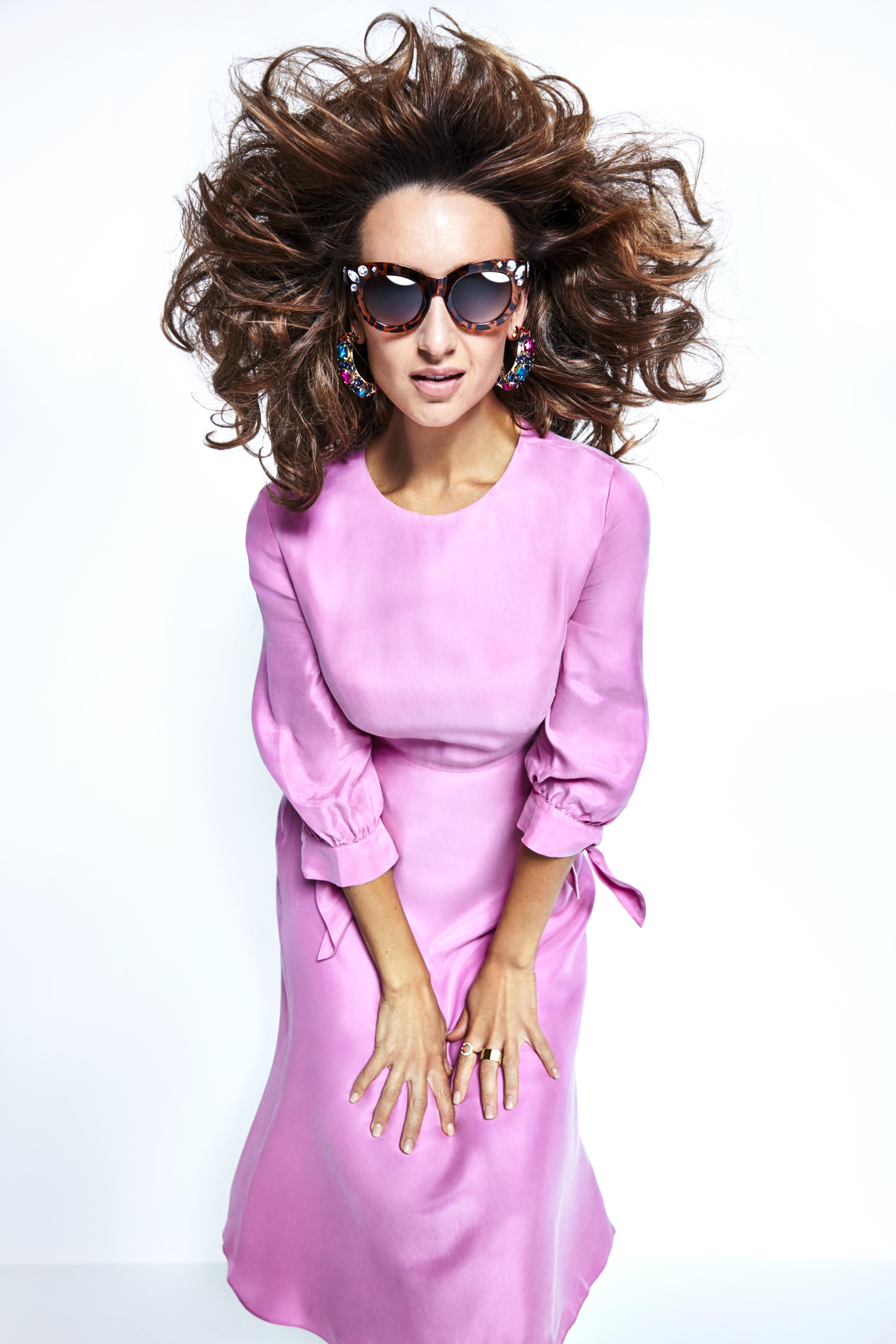 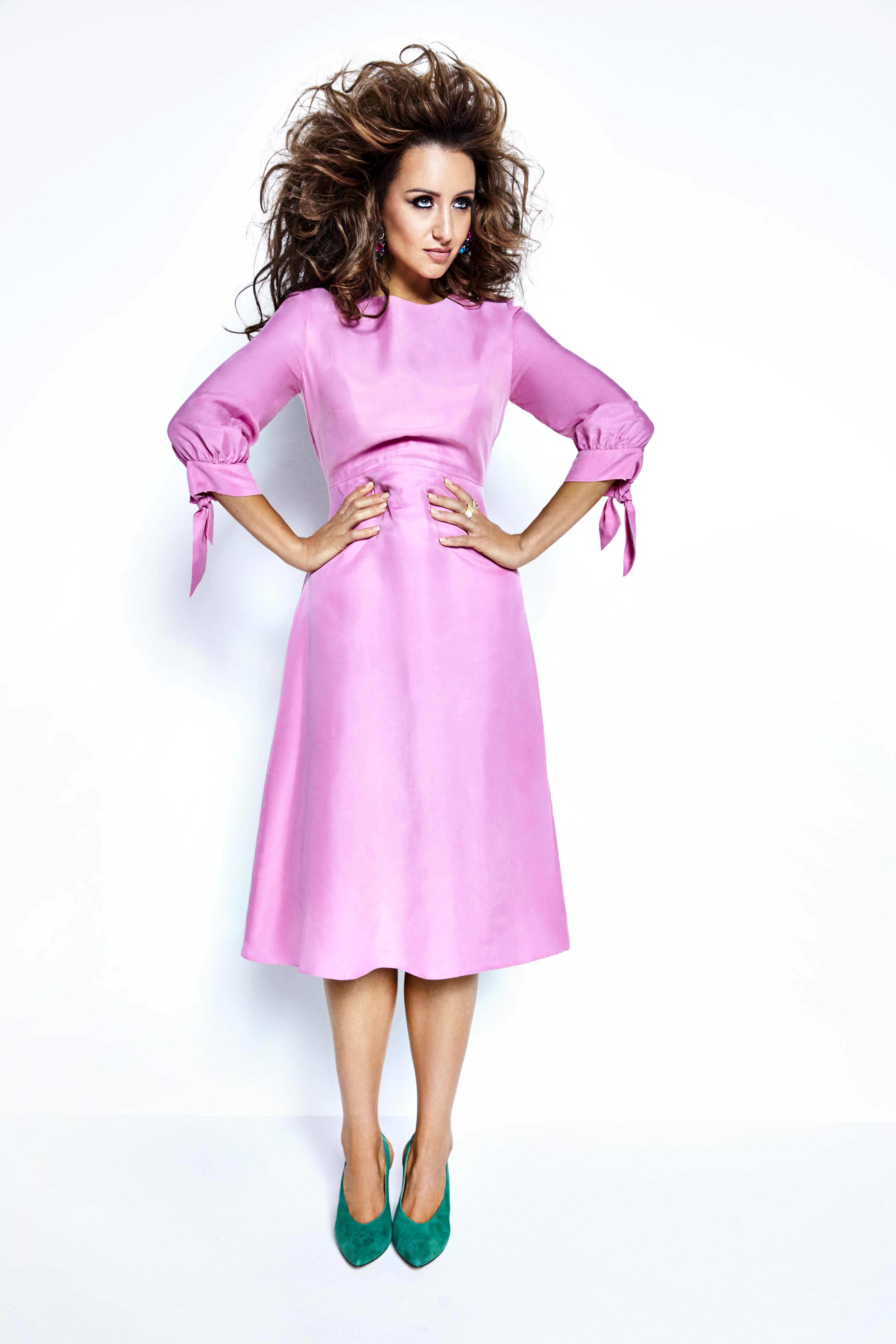 The hair is only part of the transformation. Catherine is leaner, fitter and healthier than ever after recently completing a gruelling 12-week body challenge with Ultimate Performance gym. She was already in great shape, having overhauled her lifestyle some years ago to lose 6st and drop from a size 22 to a 10. But she decided to see just how far she could push it with an intensive weight training programme and eating plan.

“I love a challenge and so I thought: ‘Let’s turn things up a notch, do the 12 weeks and get really strong,’” she says. “I don’t think I’m ever going to be completely shredded because I love having curves and I love my food. But I feel really happy, really strong, and I’ve just got so much more energy.

"I’m lifting weights I never thought possible. And while my body shape has changed, I’ve still got my curvy bits. My trainer Evil Steve [UP PT Steve Chambers] asked me who I think looks amazing, and I said a cross between Eva Mendes and Jennifer Lopez. They’re curvy, but you still see that little bit of definition, and that’s always what I’ve got in my head, to try to get somewhere near that.” 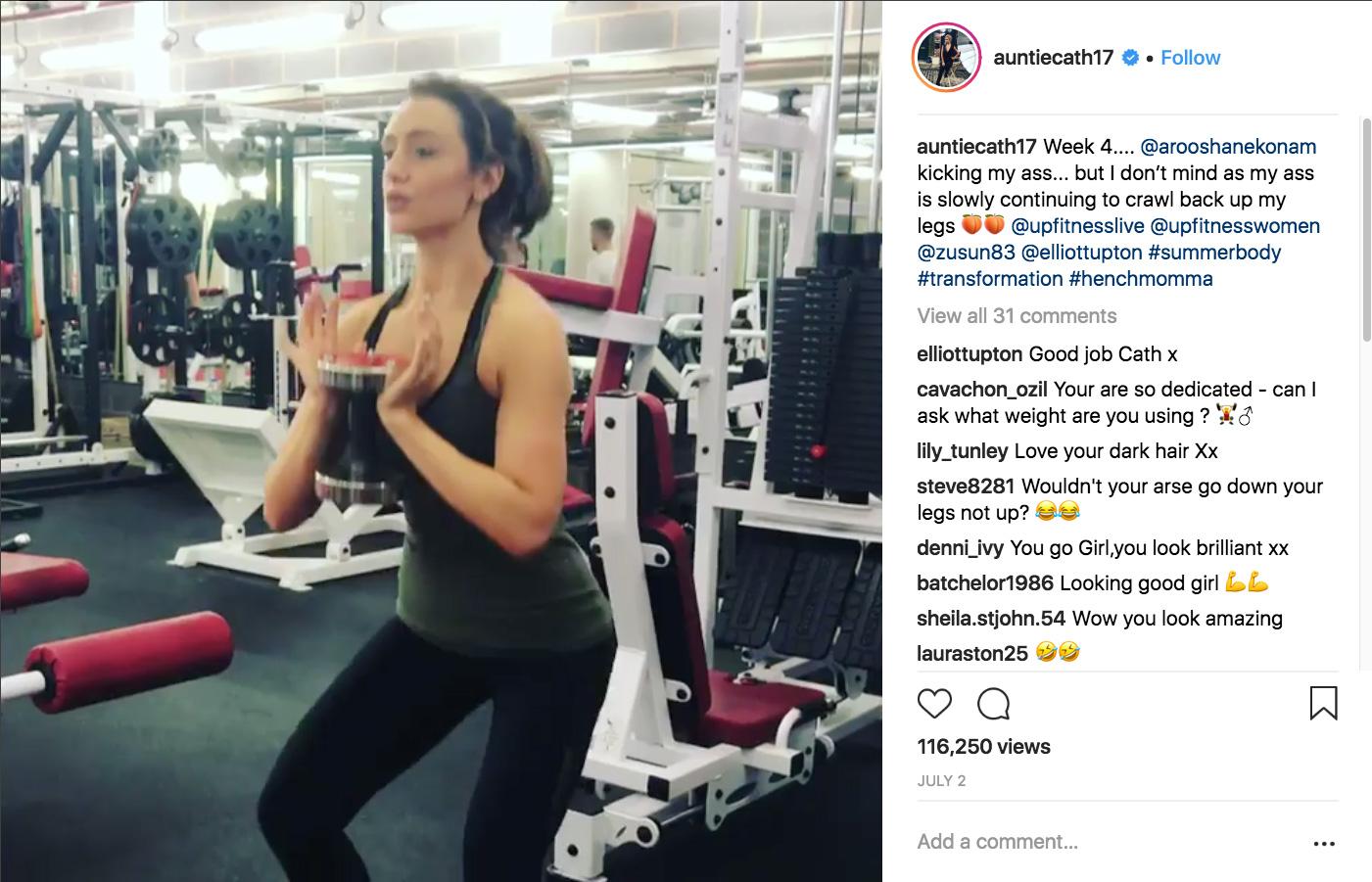 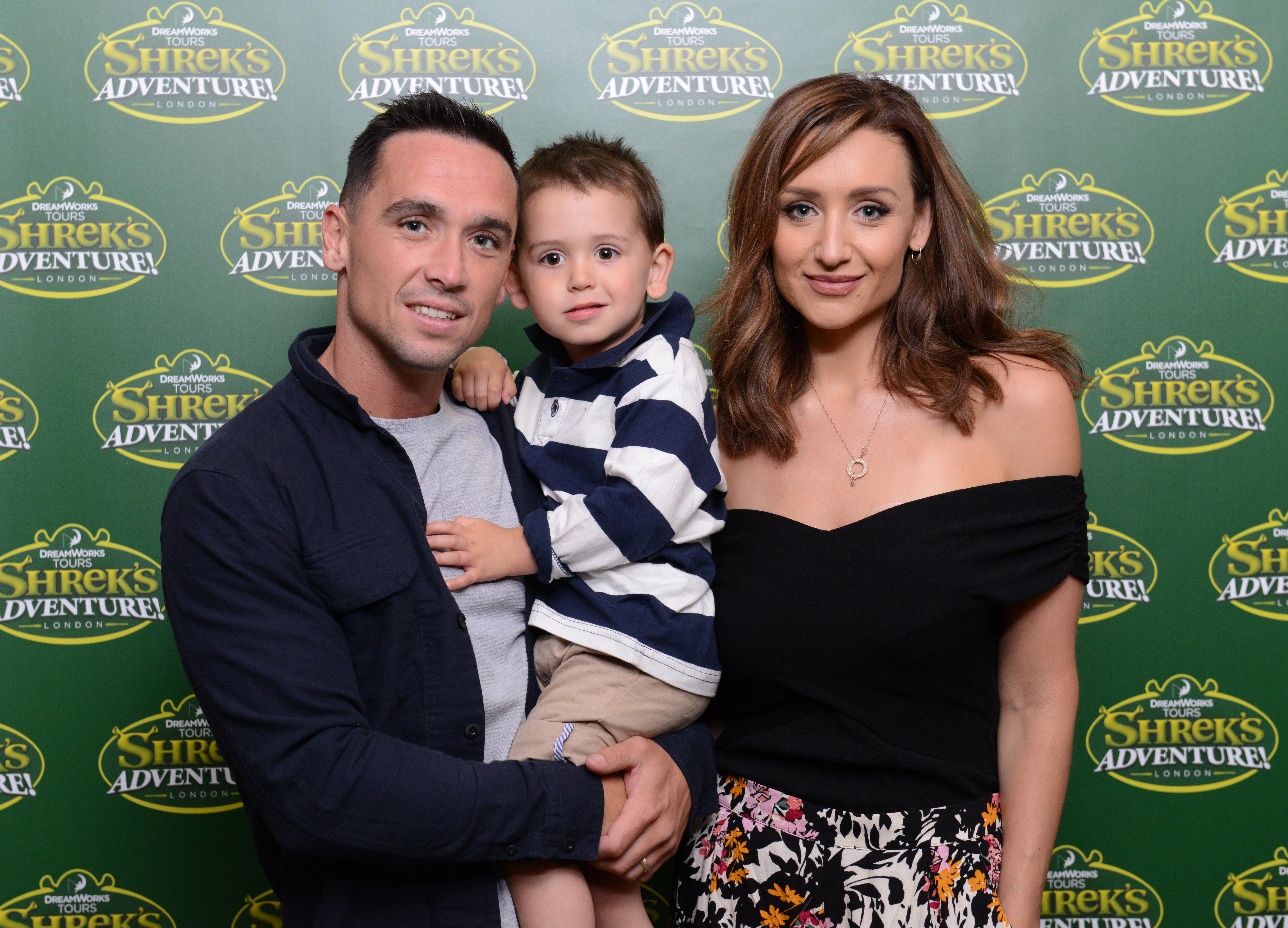 Like fellow fitspos Gemma Atkinson, Melanie Sykes and Chloe Madeley, Catherine is always completely honest that looking as she does takes a lot of hard work, and she despairs when other celebrities such as Kim Kardashian West use social media to promote quick fixes and fad diets.

“There are some celebrities who absolutely know what they’re talking about – they’ve done their research. But I think there are other people out there who may have not looked into things as much as they should.

“Some people are very genetically blessed, but I’m not one of those people. I really have to graft, and it has to be a complete lifestyle because I do gain weight easily. So this is always going to be my life, absolutely.” 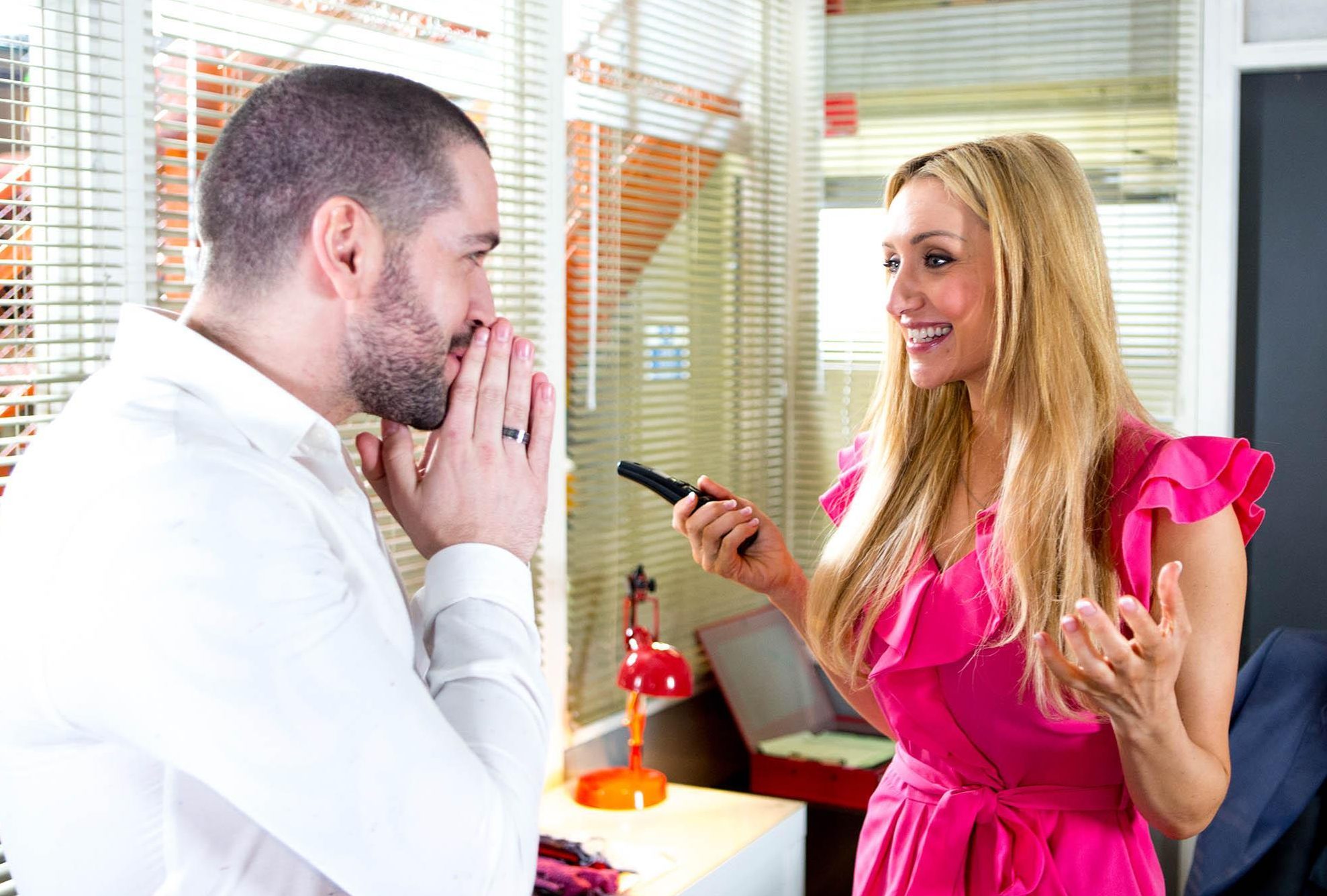 Catherine tends not to weigh herself and believes women invest too much in what the scales say.

“I don’t really go by the scales because with women there is the impact of hormones. Once a month I can retain up to 8lb of water, so I just go off how I feel, how my clothes are fitting and the measurements. If you feel good, if you’re feeling strong and you’ve got energy, that’s what matters.”

Three gym sessions a week, keeping active in between and a tailored diet, which Catherine says actually has her “eating more than ever”, have paid off and her body fat has gone down from an already impressive 15% to 12% – the equivalent of a female athlete. 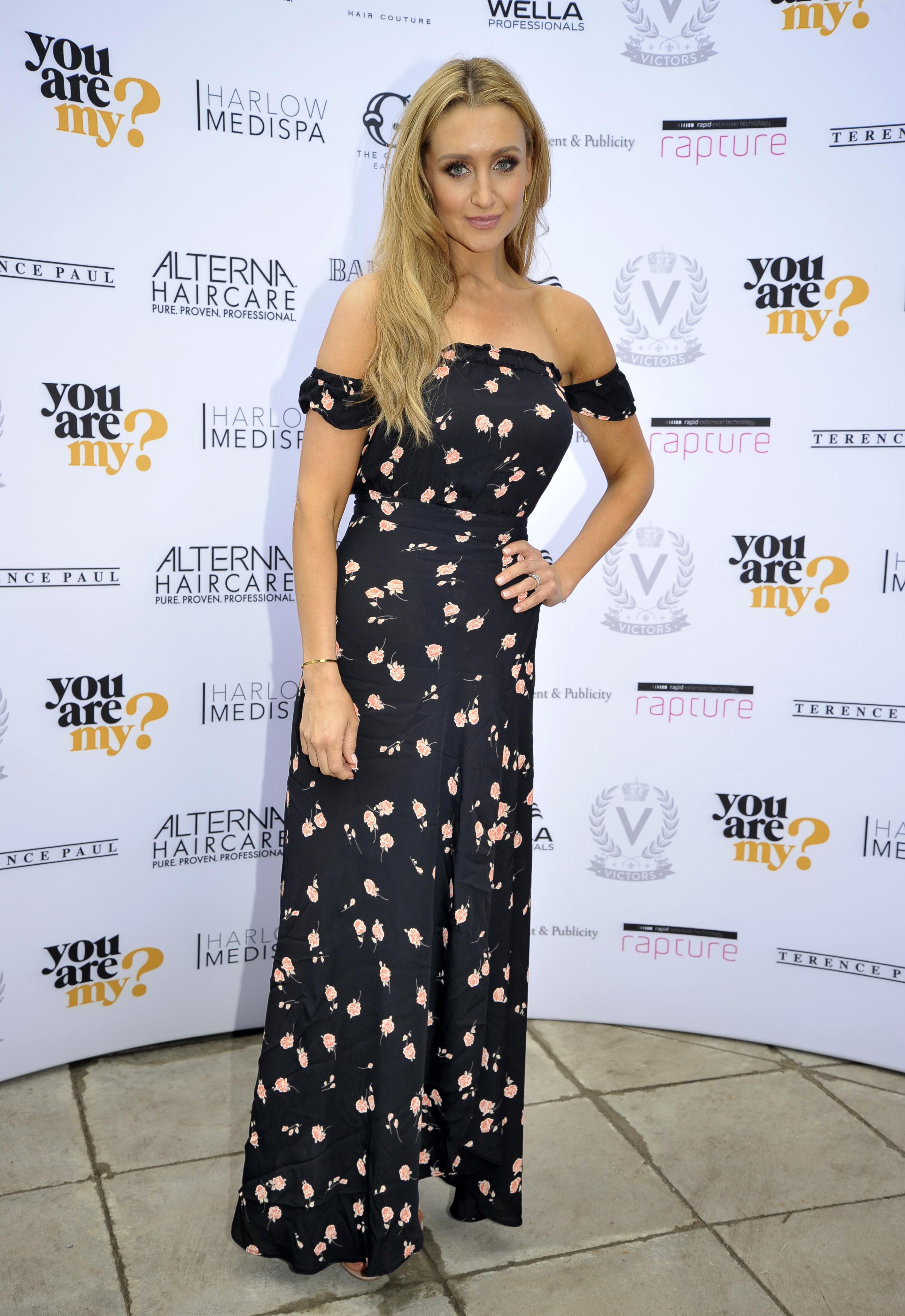 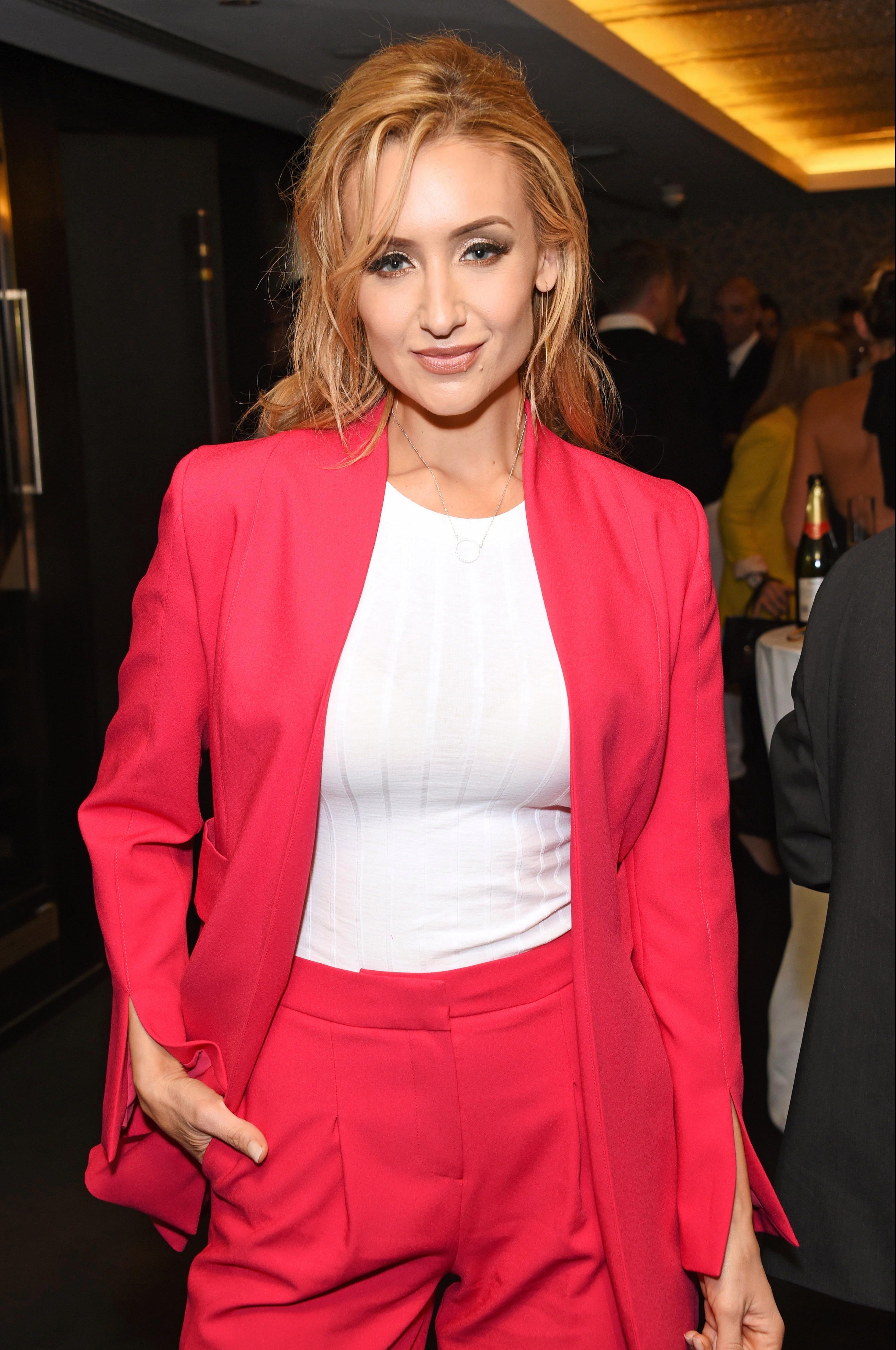 “I feel more confident, like when I went swimming the other day, I put on a swimming costume I hadn’t worn for ages and felt really good.

“It took me a long time after Alfie to feel like myself again, like any other mum after a baby. I felt a little bit wobbly, I have a few stretch marks, and your confidence can sometimes go a bit. It’s really helped with that.

“It’s about being the best you can be, which is all I want. Especially now I’ve got Alfie, I just want to be on this planet for as long as possible and to have the energy to run around after him.”

She eats “from the land” rather than having anything processed and grows her own vegetables, involving Alfie in the family’s food preparations. 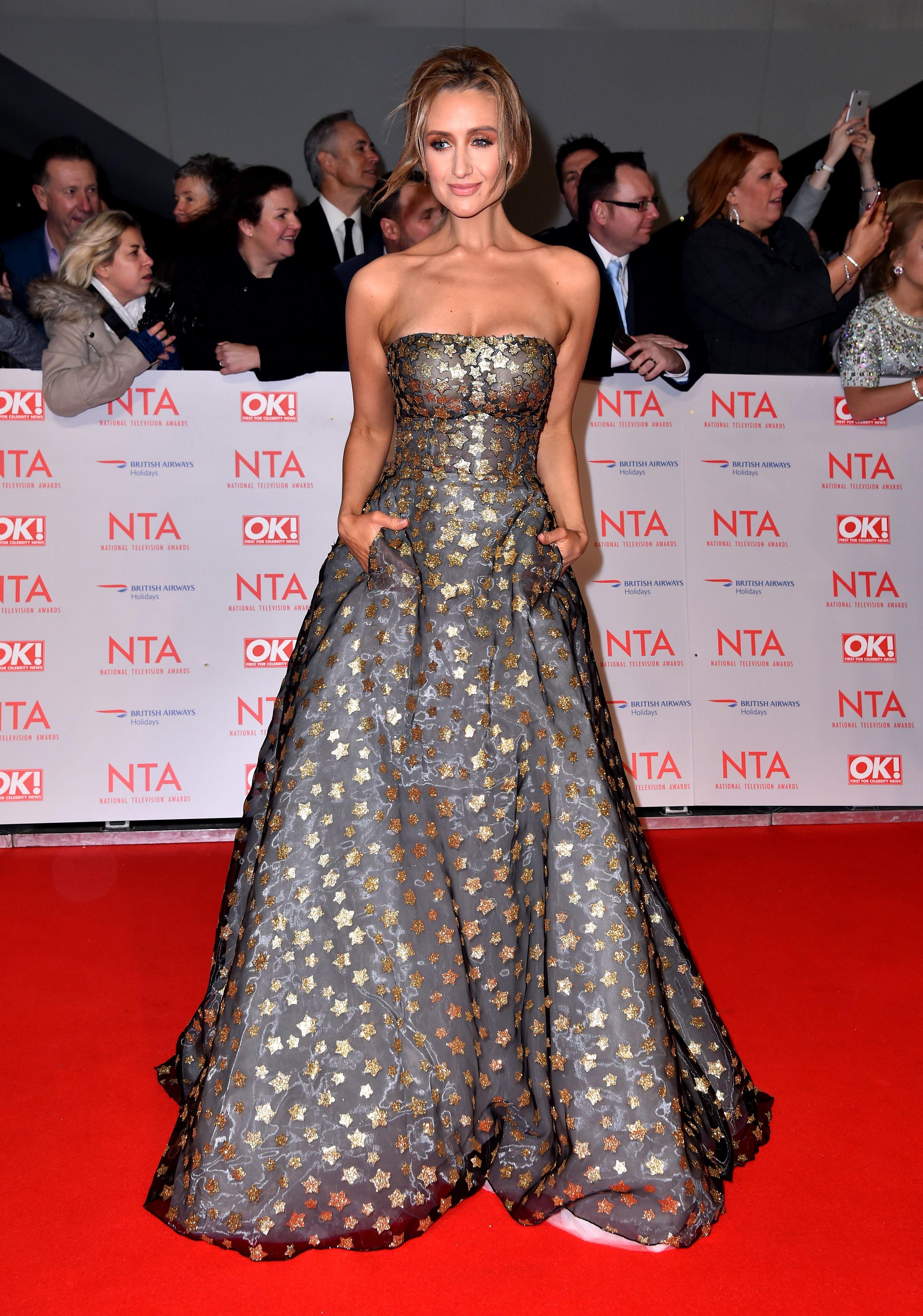 She does allow herself to fall off the wagon occasionally, though – the last time being at her Corrie leaving do, which got a little messy.

“I drink very rarely these days and so I basically said to Tom beforehand: ‘I’m unavailable the next day as a mother till at least 2pm!’ I was [celebrating] my seven years on the show though, so I knew I was going to have a drink.”

Back on the audition trail again, she’s excited about the future rather than nervous, and is getting used to the “modern ways” of casting after seven years out of the game.

“Things are very different from how they were before Corrie. There’s a lot of self-taping now where you video your audition on your phone in the comfort of your own home. The other week I was recording an audition for a period drama and I came downstairs in a wig, a corset and my pyjama bottoms, because you’re only filming from the waist up. Tom was like: ‘What are you doing?!’” 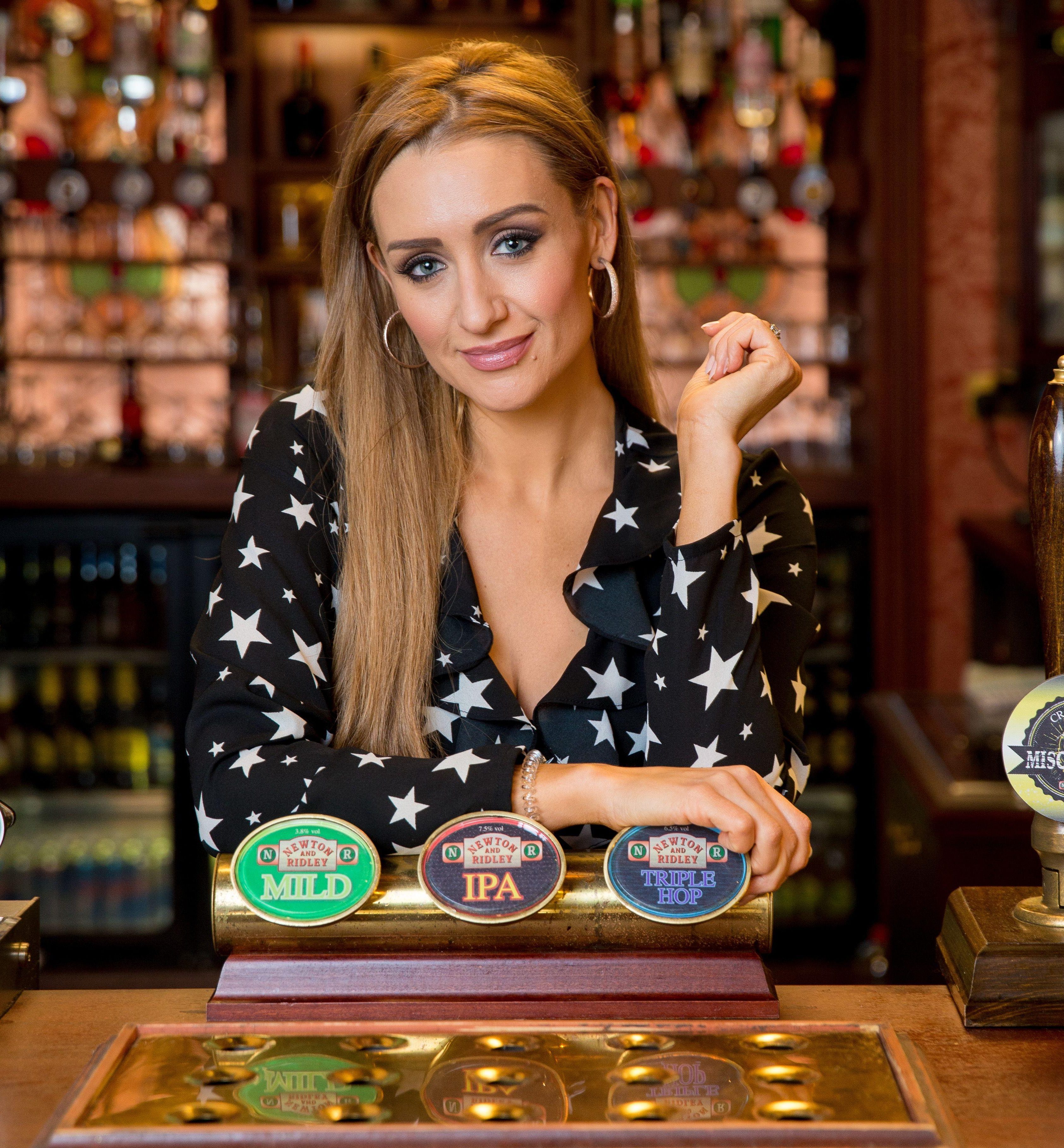 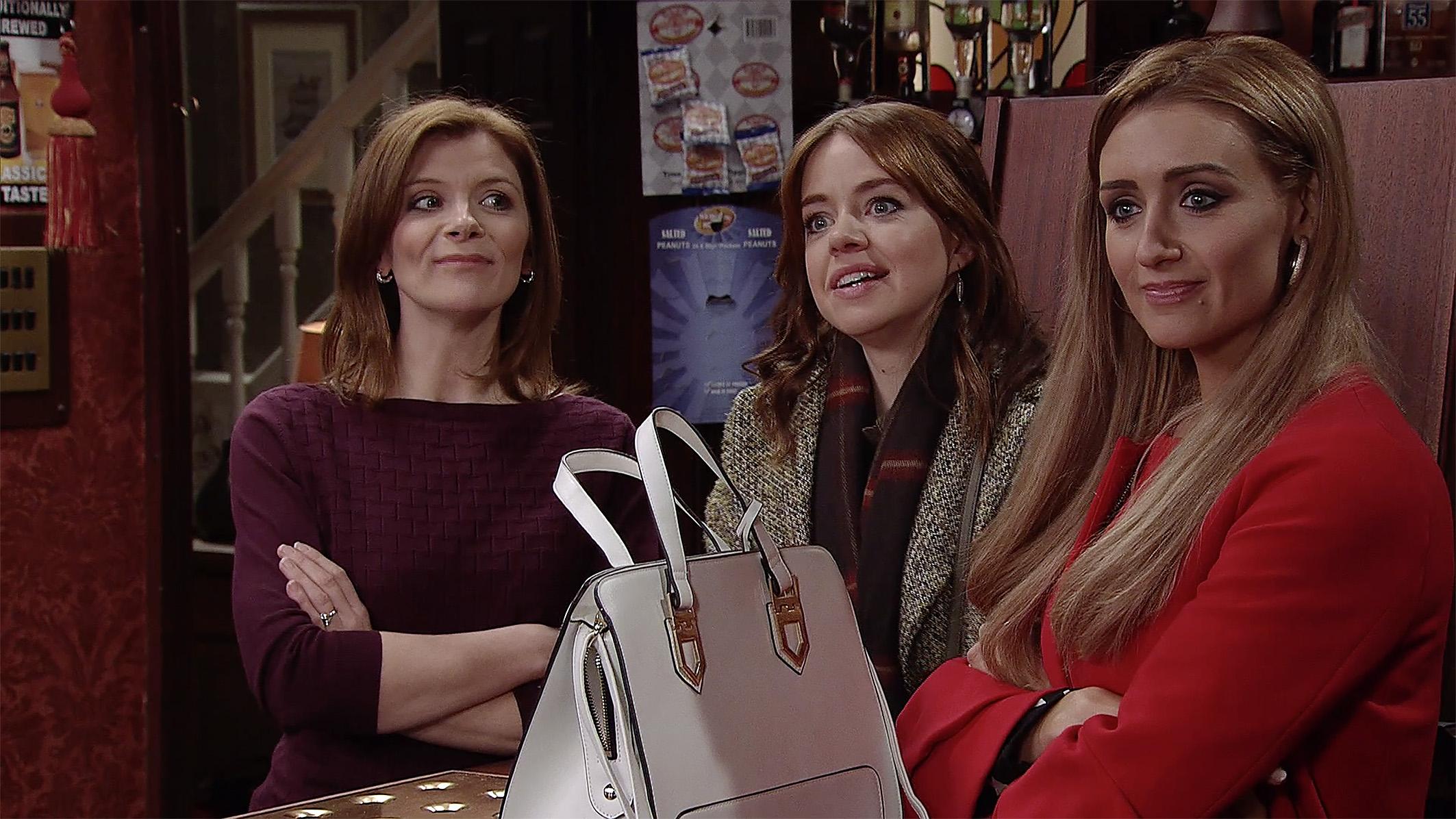 It was the high emotion of Catherine’s recent story lines on the Street that gave her a taste for grittier drama and the courage to leave what she describes as the “Corrie bubble”. Over the last year, Eva faced much heartache, with partner Aidan’s suicide and the baby Susie saga, which saw her give away her newborn to Toyah, only to change her mind and leave Weatherfield with the baby for a new life in France.

“I couldn’t have asked for anything more, really,” she says. “Those story lines, difficult as they were for some people to watch, have had such an impact, and Corrie has saved lives by doing Aidan’s suicide, which I think is phenomenal. Shayne [Ward, who played Aidan] and I have had people come up to us in the street and message us on social media and tell us their real stories. Heartbreaking stuff.”

Your confidence can go a bit when you become a mum

However, many viewers have felt that the darker story lines during outgoing producer Kate Oates’ tenure have been at the expense of some of the humour Corrie is famous for.

Even Sally Dynevor, who plays Sally Metcalfe in the show, has said recently that losing that comedy makes for a “worrying time”, and that while “these stories have been absolutely amazing”, she’d have “liked to see a bit more comedy if I’m absolutely honest”. 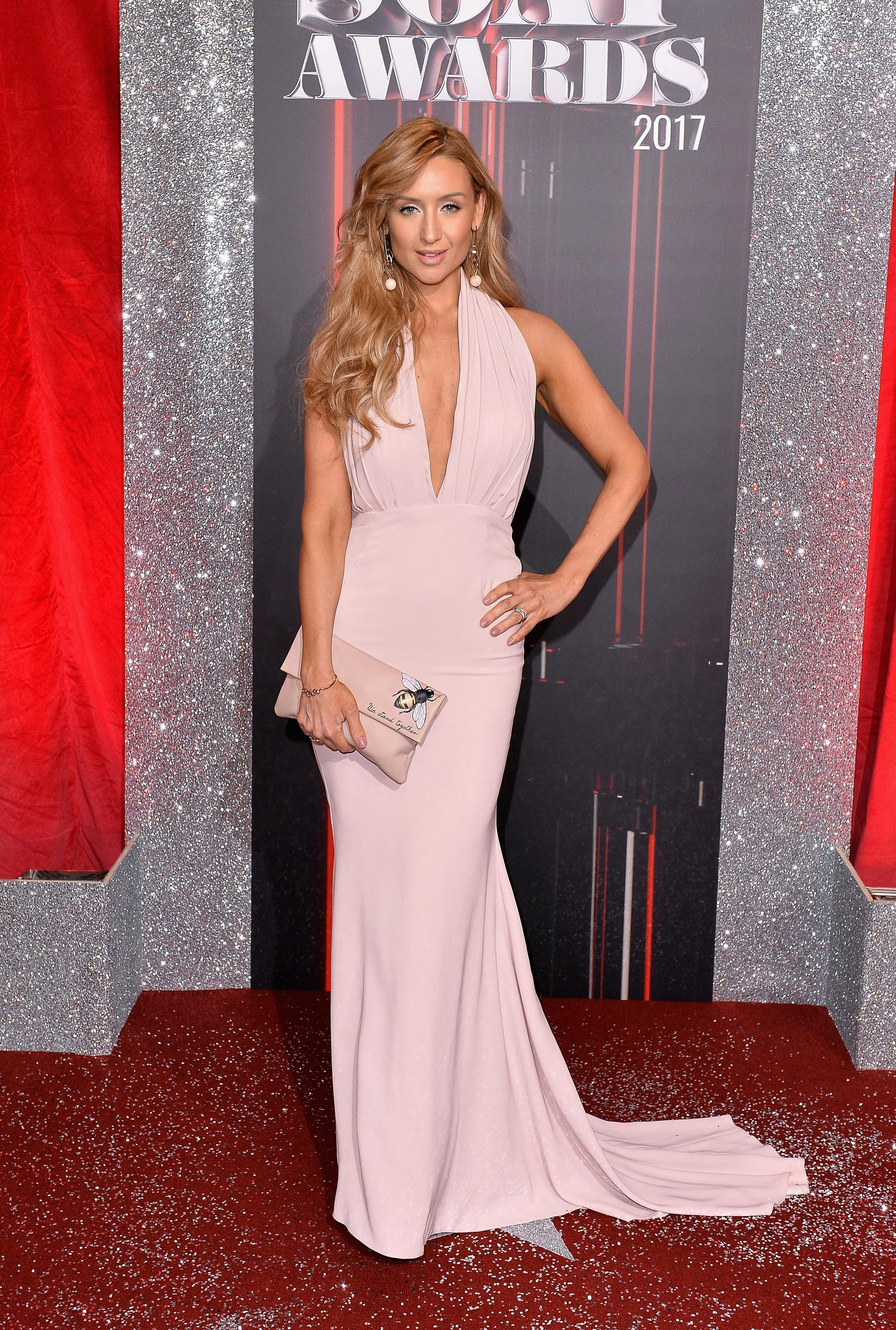 “I understand it – my grandma and mum felt a little bit like that. But I’m Team Kate Oates – she’s such a powerhouse, and sometimes that’s what happens in life. Sometimes things do get really dark. Bad things happen in succession – we’ve raised awareness of things like rape, child grooming, suicide… Yes, it was crammed into a small space of time, but I think we’ll see that flip a little bit now under the new producer [Iain MacLeod]. I do appreciate that some people will have found recent months quite tough.”

There are already some new jobs that Catherine will announce later in the year, and she’s also planning on using her new freedom to enjoy a bit of travelling with Tom and Alfie before he starts school next year.

She’s clearly enjoying spending more time with her boys, especially Alfie, who sounds like a chip off the old block.

My husband feels like he's got a new woman!

“He’s hilarious. We took him to his first tennis class a few weeks ago and didn’t pick up a racquet – he spent the whole time cracking jokes and doing impressions and everyone was laughing at him. It was like he’d done half an hour’s stand-up.

Tom was like: ‘Oh my god, he’s literally doing jazz hands at the side of the tennis court!’ But he’s such a joy to be around. There are times when I’m busy or a little bit stressed out and he’ll just come out with a one-liner or a cheeky smile and I just feel so lucky to have him.”

Favourite platform?
Instagram. There’s a lot you can do on there, and I love seeing people’s videos.

Funniest person on Twitter?
Jack P Shepherd is hilarious. I love Paddy McGuinness and Keith Lemon, too – anyone who pushes the boundaries with humour.

Best Insta account?
I love Tom and Giovanna Fletcher. They are the most gorgeous little family. Victoria Beckham as well – she’s amazing.

Are you on Facebook?
I am but no one can find me. I use it for staying in touch with relatives abroad.

Social media – good or evil?
It’s a mixed bag. We have to try to be mindful about what we put out there.

Catherine has said before that Tom came into her life when she was least expecting it, after she’d sworn off men. She was pregnant with Alfie within months of their first date – a happy surprise – and they married two years ago. Tom’s becoming a star in his own right after being signed up as an expert for the second series of ITV’s Eat, Shop, Save.

“Being in this industry isn’t something he’s ever wanted. He’s quite shy really, but I think that’s his appeal,” says Catherine. “He’s a working-class lad from Wigan who knows what he’s talking about. He can sympathise with women because he’s lived with me, and he really cares. He’s stayed in touch with all the families he worked with on the first series – he wanted to make sure they were all right.”

She says they’re still as madly in love as when they first met.

“He’s a phenomenal dad and I literally thank my lucky stars for him every day, because I couldn’t do half the things I do without Tom. I said at my leaving do when I made a speech that the guy has the patience of a saint. He’s just great… I’m getting all emotional now!”

She flaps her hands in front of her eyes to stave off the tears.

“And he cooks, too. Winner! He just supports me in every which way possible,” she adds. “With every decision I make he’s got my back. He’s there.”