A MODEL who is five months pregnant has slammed the trolls who are shaming her baby bump, telling them that 'all women show differently'.

Belle Lucia, who is originally from Sydney but lives in London, announced the news she was expecting to her one million Instagram followers at the start of April. 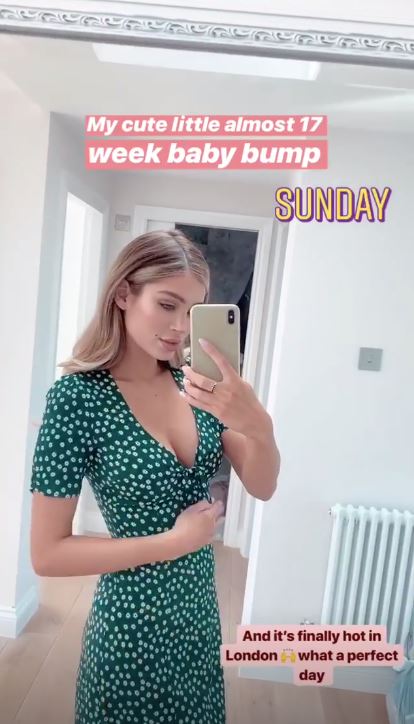 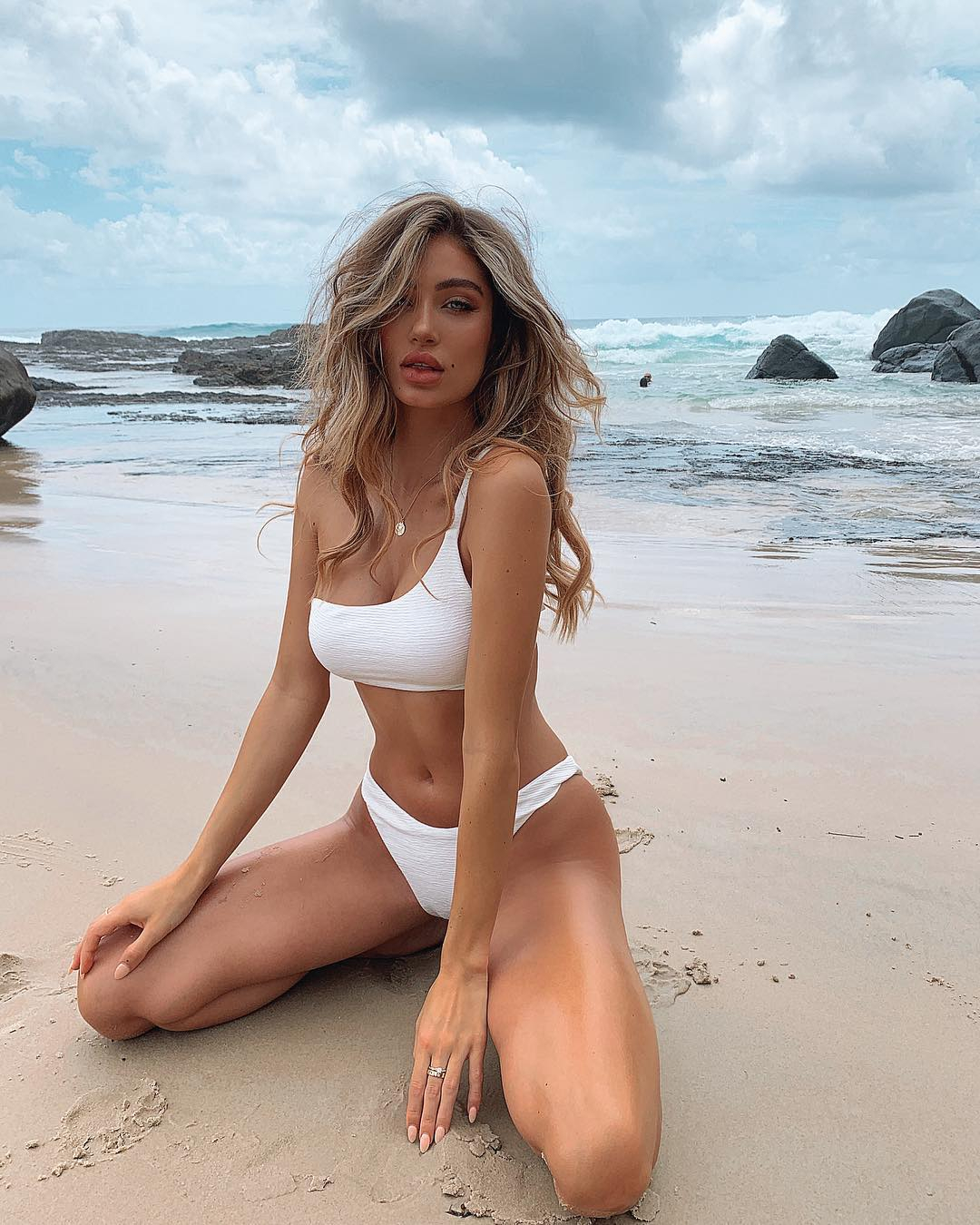 But not 17 weeks into her pregnancy, the 24-year-old has hit back at cruel claims she doesn't 'look' pregnant because of her smaller baby bump.

Posting photos of other women who are also at the 17 week mark of their pregnancy, Belle captioned the image on her Instagram story: "As you can see, women show very differently but are all carrying a little life.

"Just because I'm not showing as much as you like doesn't mean my pregnancy is 'unhealthy' or that I'm promoting a 'skinny' pregnancy.

"It's just my body and I can't help it if it doesn't look the same as other women. Body shaming is not okay no matter how 'big' or 'small' someone is." 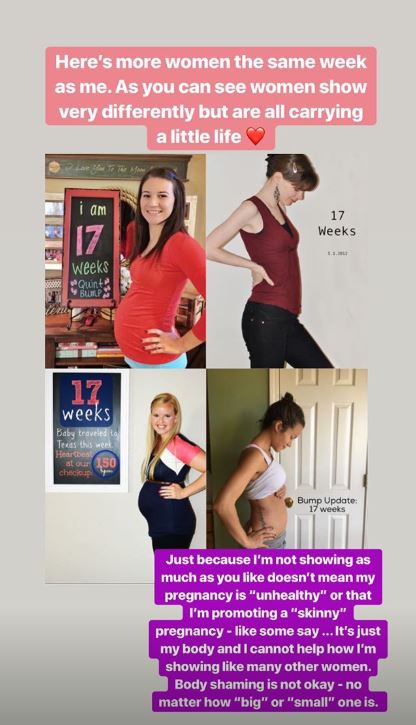 She wrote in one post: "I did experience morning sickness, breast pain and definitely a lot of anxiety on the beginning because of the fear of miscarriage – I had no idea how common they were.

"But I've learnt to embrace everything – both the downs and the ups. "

The model shared her pregnancy news just after the 12 week mark, but in between thousands of congratulatory messages, many were wondering how Belle could lack any 'visible bump'. 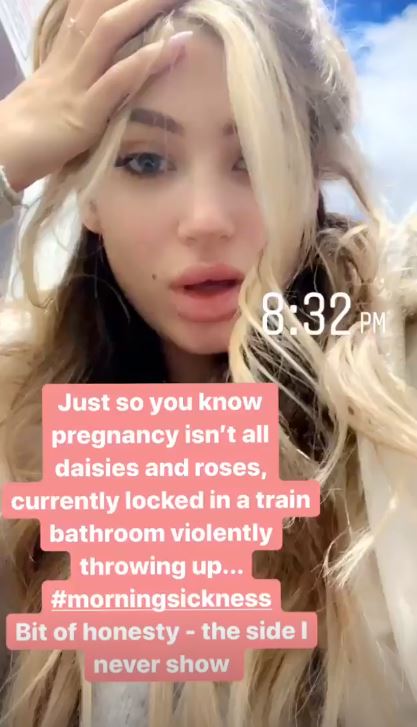 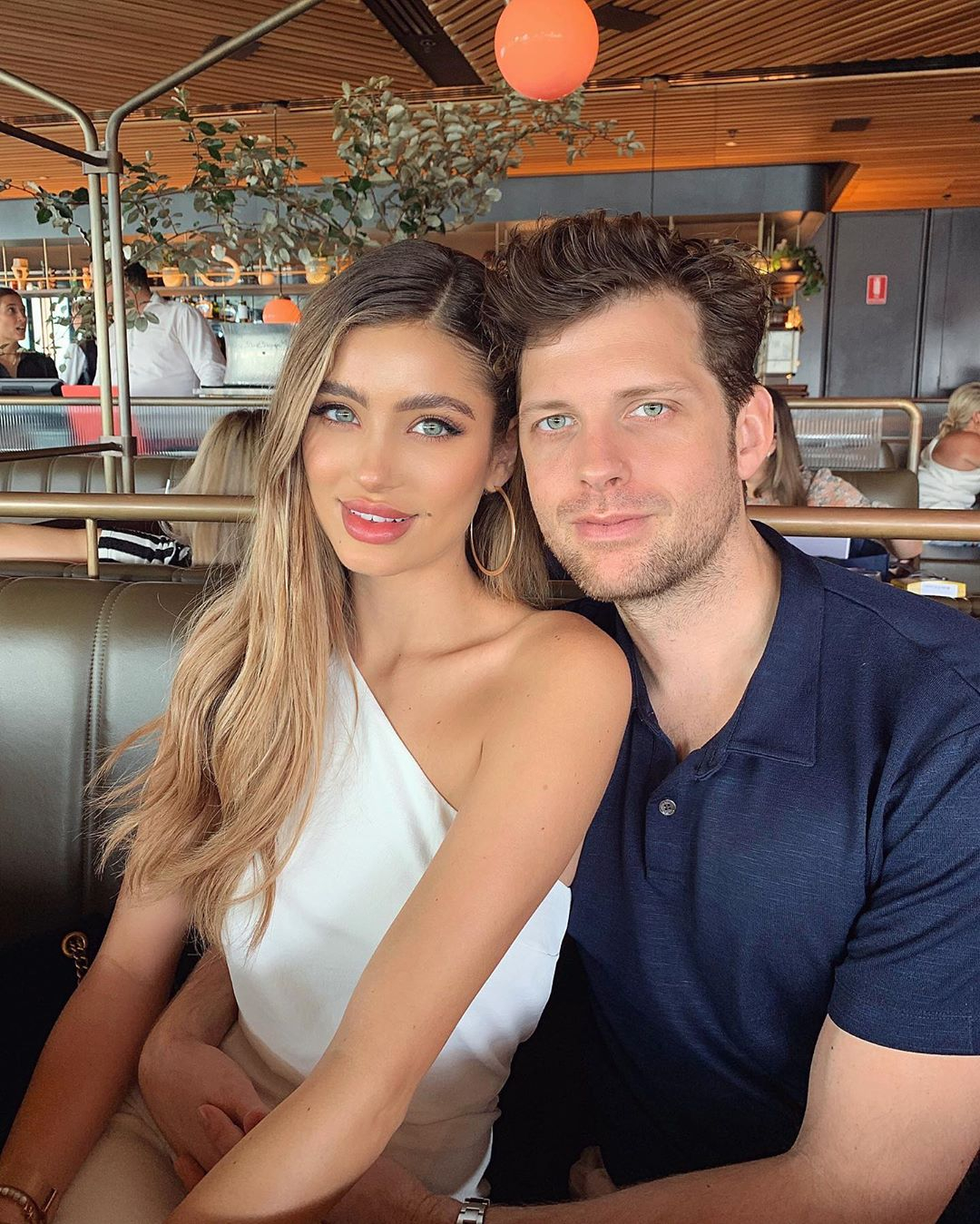 "You don't look pregnant, I never would have guessed," one person responded.

"She will be skinnier than me even at nine months," another agreed.

Belle quickly responded to the criticism: "I don't have a bump yet. Women grow at different rates, and just because I have no bump doesn't mean I'm not pregnant."

She went on to post an ultrasound video on her story, but deleted it shortly after claiming that many people were being 'rude and creepy' about the video.

In other news, this single woman who used a sperm donor to conceive her children says she doesn't need a man to be a good mum.

And this young girl hit back at bullies who made her feel 'lonely and lost' in a touching video clip.

While this mum called a child a 'jerk' for hurting her kid and slammed his lazy mum as an 'a**wipe' for letting him get away with it.