TREMBLING with fear, mum-of-three Lianne Davies peered out of her bedroom window into the dark winter night.

Though nobody was visible, she heard a stranger loudly threatening her husband Paul on his phone: “I’ve been watching your house and your children,” the voice said. “Come outside or I’m going to batter you.” 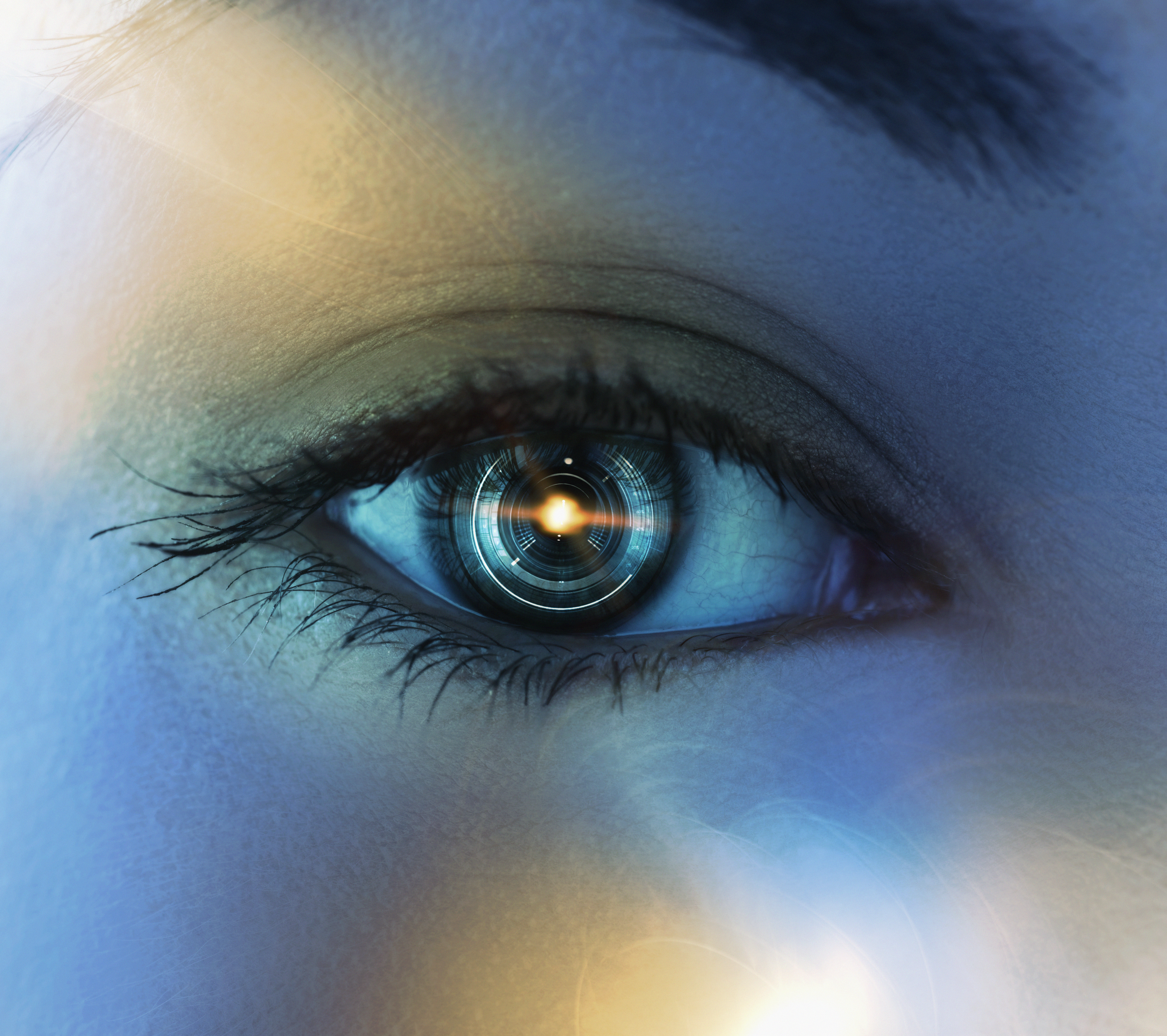 As Lianne would later learn, a hacker had broken into the family’s smart doorbell account and viewed video footage of them leaving and entering the house earlier that day.

After retrieving Paul’s mobile number from the account, the man repeatedly called his phone that evening, urging him to come outside. As Paul and Lianne’s three young children slept in their beds, he became increasingly insistent.

“Come out or I’ll steal your car,” he warned Paul, 39, while even telling him what their kids had been wearing when they returned from school.

The couple, from Port Talbot, refused to open the door. “There was no way I was letting Paul go outside,” says Lianne, 38, a stay-at-home mum to Florrie, seven, Eva, six, and Alfie, four.

“We had no idea what this guy wanted. To know someone had been spying on our children made me feel physically sick.”

As the Davies’ encounter shows, our increasing reliance on tech can leave us frighteningly exposed. Everything from smart TVs, home alarms, cameras and smart thermostats to smart lighting and fridges can be hacked, or even used as a tool for spying.

“The more we use technology, the more criminals seek to exploit it,” says cyber expert Dr Jessica Barker, co-CEO of Cygenta.

“We’ve seen criminals take over home security cameras, compromise baby monitors and speak to victims in their homes, and many other internet-connected devices can be accessed if they have security vulnerabilities.”

And our use of smart tech is soaring. Insurance firm Aviva says the average UK household now has at least 10 internet-connected devices – up 26% since 2017 – while families with children own up to 15 web-reliant products. 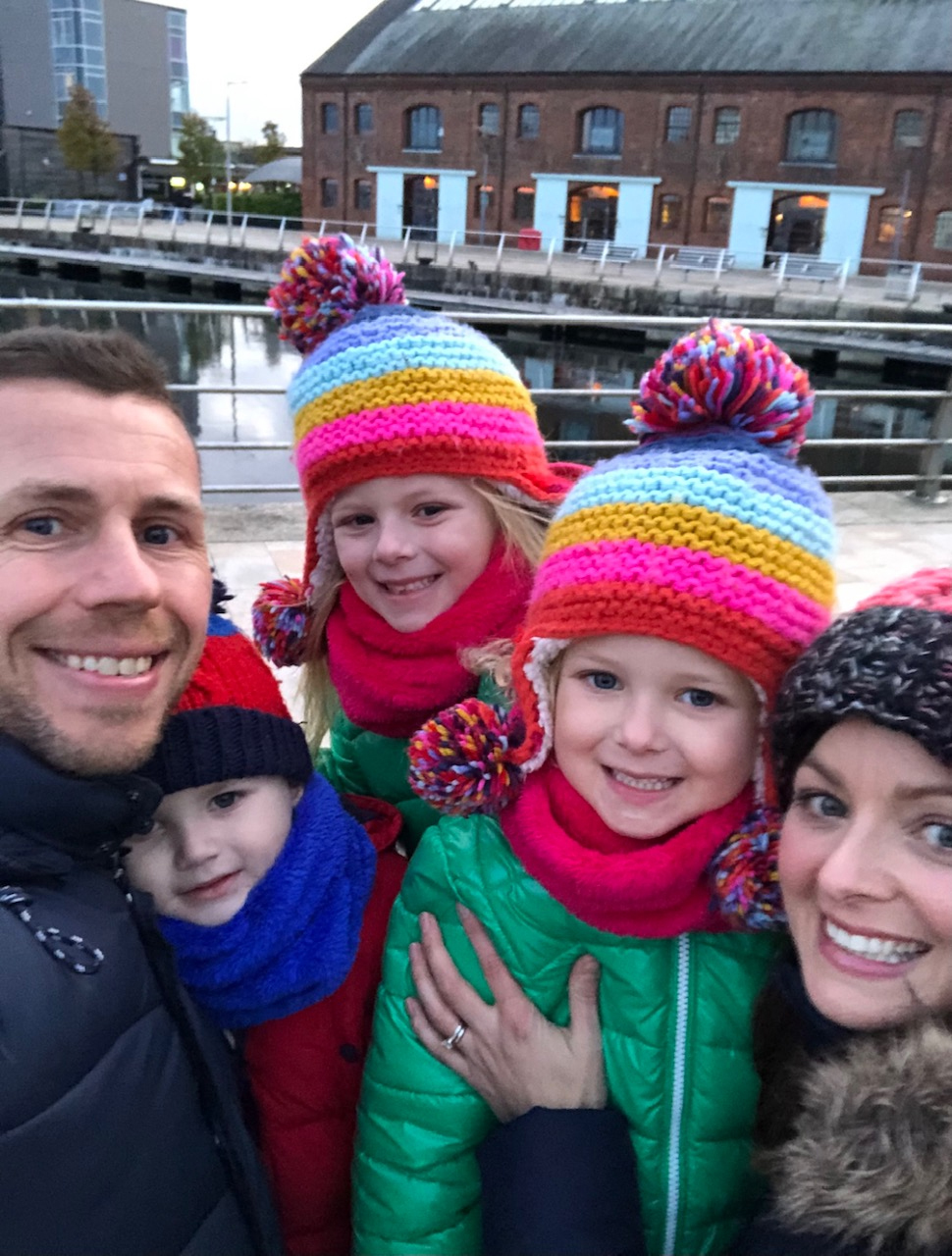 This means more of us are being targeted. In June 2020, Action Fraud – the police department handling cyber crime – reported a 34% increase in hacking offences involving breached email or social media accounts.

Such crimes normally occur because of insecure or compromised passwords, as Dr Ian Levy, technical director of the National Cyber Security Centre (NCSC), explains: “Although serious hacking incidents are relatively rare, when it does happen it’s almost always done remotely over the internet.

"That’s why password security is so important.” The Davies family had used Amazon’s Ring doorbell system with no problems for two years – until the phone calls started at around 8pm on January 19 last year.

“When the man said our house number, he got it wrong – but then I remembered I’d put the wrong number in when setting up our account, and realised he must have hacked into it,” says Lianne.

“After an hour and a half, the phone calls suddenly stopped and we called the police. They came round the following day and agreed we’d been hacked, then advised us to change our passwords.

They said this new type of tech is a worry, but there was nothing they could do to trace them. When we spoke to Ring, the person on the phone just said that hacking does unfortunately sometimes happen.”

Understandably, the incident left the couple unsettled. “The next day I took the children to school and Paul went to work, so it was just me in the house when I came back. I still felt very on edge,” says Lianne.

“I wondered if someone was watching – although we had changed the password on our account, so I knew deep down I was probably OK. We read a few weeks later that there had been a data breach in December 2019, which is probably when our account was compromised.”

“At first we thought about removing the doorbell, but setting up the two-factor authentication made us feel a lot safer so we decided its benefits were worth it,” says Lianne. 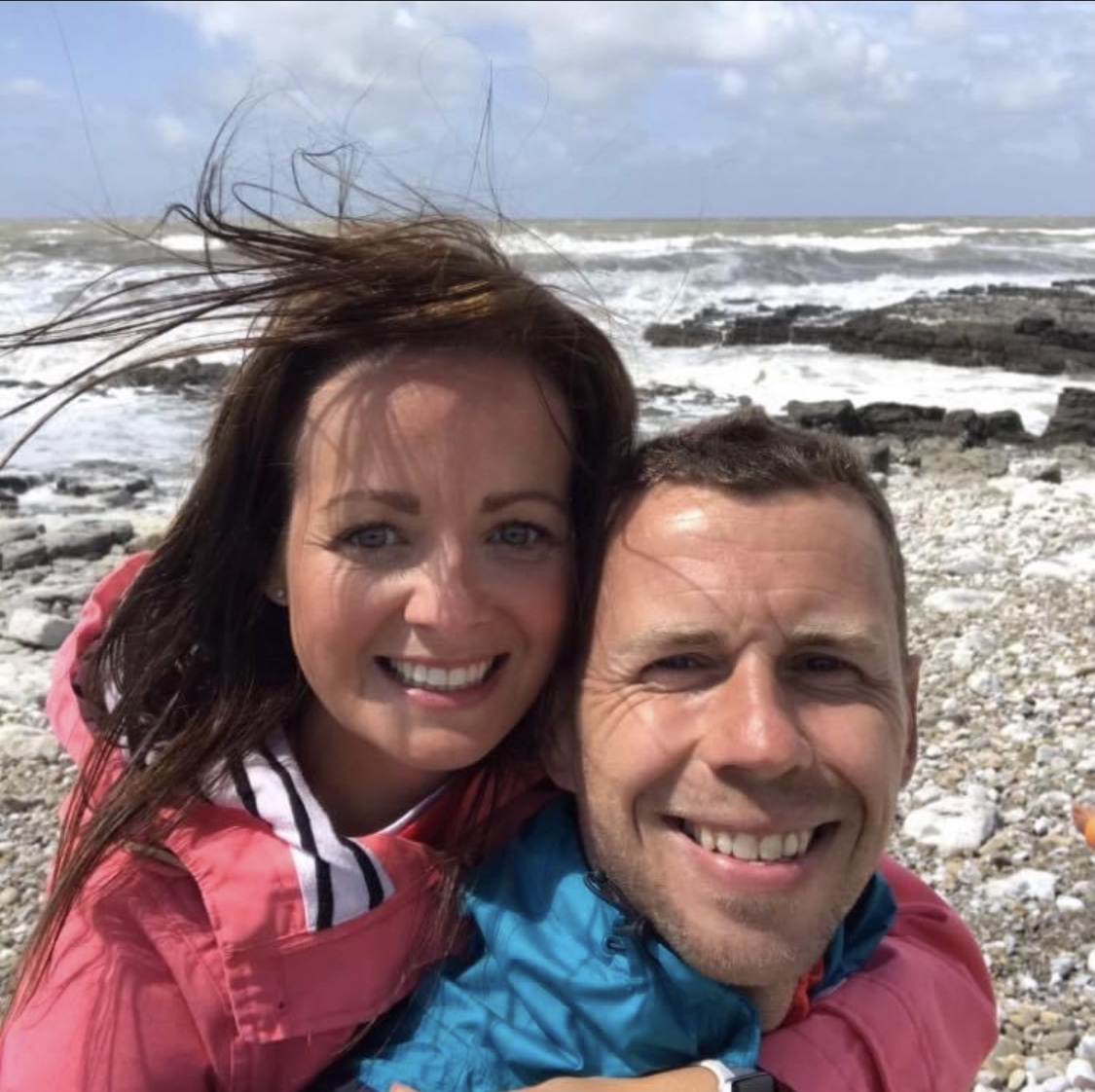 As well as hacking, video doorbells can leave people vulnerable to being spied on. London-based teacher Emma Gray, 53, had just such an experience when she, her partner and four other couples rented an Airbnb property on the Kent coast, in February 2019.

“We had a lovely time, but after checking out of the house, I suggested in the review that a bigger dining table might be helpful, as it’s a large property but the table only seated six,” Emma says.

But the response from the owner shocked her to the core. “She got very huffy and asked me to remove my comment. Then she said: ‘Plus I know you came back to the house late at night with kebabs. And I know you were smoking in the back garden.’”

One of Emma’s friends recalled seeing video doorbells on both the front and back doors and they realised what had happened. “The owner had clearly been watching us. It really freaked us out,”

Emma says. “We’re all in our 50s and it was hardly a rave, but she shouldn’t have been spying on us. It was a violation.”

Emma chose not to confront the owner or report the issue. “As the organiser, I’d have had to involve the other nine guests in any dispute with the owner or Airbnb, so decided it wasn’t worth it. But it’s made us all very wary of using Airbnb properties in future.”

The use of domestic cameras is a growing concern for campaign group Big Brother Watch, with director Silkie Carlo telling Fabulous: “It’s worrying that surveillance culture has become so commercialised.

"Do we want the kind of society where everyone passively records our comings and goings? It goes beyond security.”

Indeed, many firms are now manufacturing personal surveillance drones, with Amazon launching its Ring Always Home Cam last September – which flies around the house to check for intruders and sends footage from multiple viewpoints to the owner’s mobile phone.

“They are sold to us as fun gadgets,” says Silkie. “But in reality, they are military-style tech that’s stealing our data.” 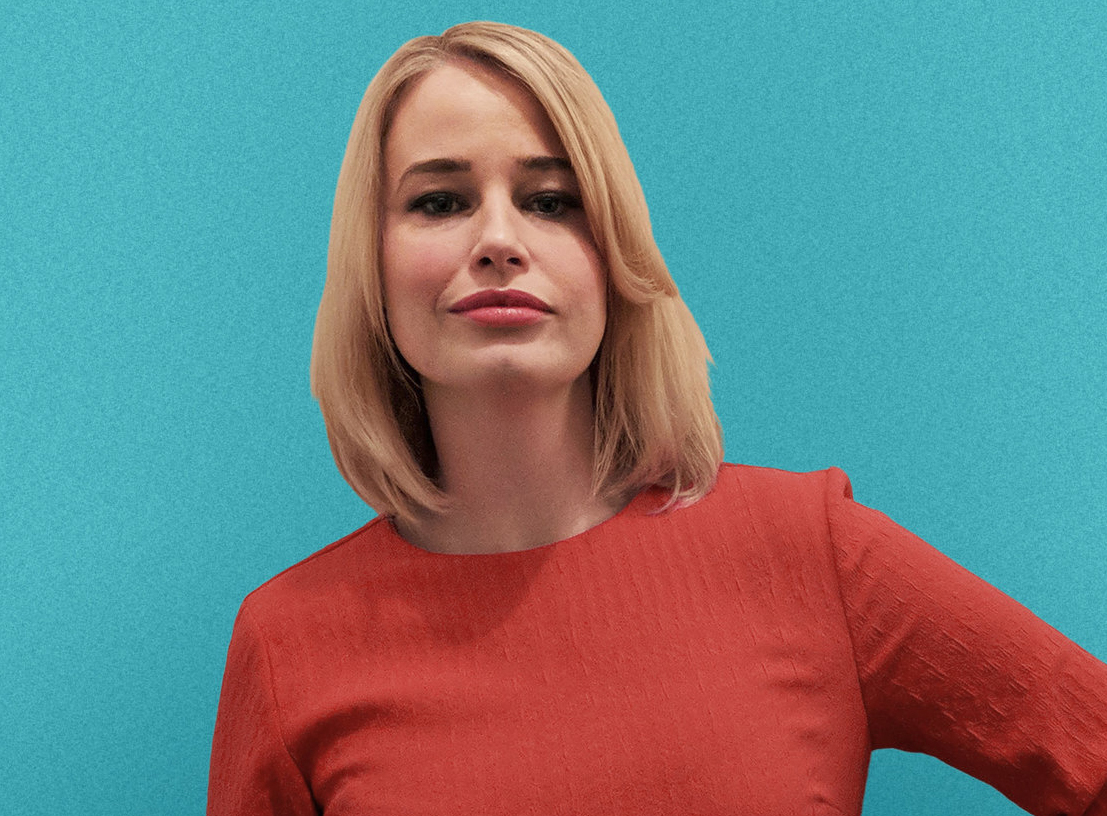 The availability of this tech has also given more tools to controlling and abusive partners, as well as allowing some stalkers to torment their victims.

In October 2020, George Coughlan was jailed for 21 months after hacking a woman’s home CCTV system and bombarding her with abusive messages.

Coughlan, 33, from Wolverhampton, threatened to kill his victim and was also found to have researched spyware that could track her mobile phone, social media and GPS movements.

Home tech is increasingly being used to track cheating partners, too. Last November, Surrey Police constable Nev Kemp was allegedly caught having an affair with married sergeant Rachael Johnson after they were heard arranging to meet at a hotel.

Although the conversation took place on the phone, it was picked up by a smart doorbell, which was then discovered by her husband. “We’re basically inviting tech companies to come in and hot-mic our homes, which means your private family life or even your sex life can be monitored,” warns Silkie.

A third of British families now own a smart speaker according to a survey by market researchers GFK in partnership with TechUK, with Amazon’s Alexa system, Apple’s Siri and Google’s Assistant dominating our homes.

However, most people may still be unaware that the speakers can be activated to record private conversations up to 19 times a day.

Researchers at Imperial College London and America’s Northeastern University found the speakers are accidentally activated by dialogue in TV shows that triggers them to wake up and record.

“For example, ‘I’m sorry’ sounds like the wake word ‘Siri’ and often causes Apple’s Siri-enabled devices to start listening,” the researchers said in their study. These recordings can then potentially be stored in the cloud forever.

During the Covid-19 pandemic, most of us have shifted to new ways of communicating, relying on video calls for work and socialising. But this too has left us vulnerable, with cases of Zoom-bombing – where an online intruder hacks a call – reported. 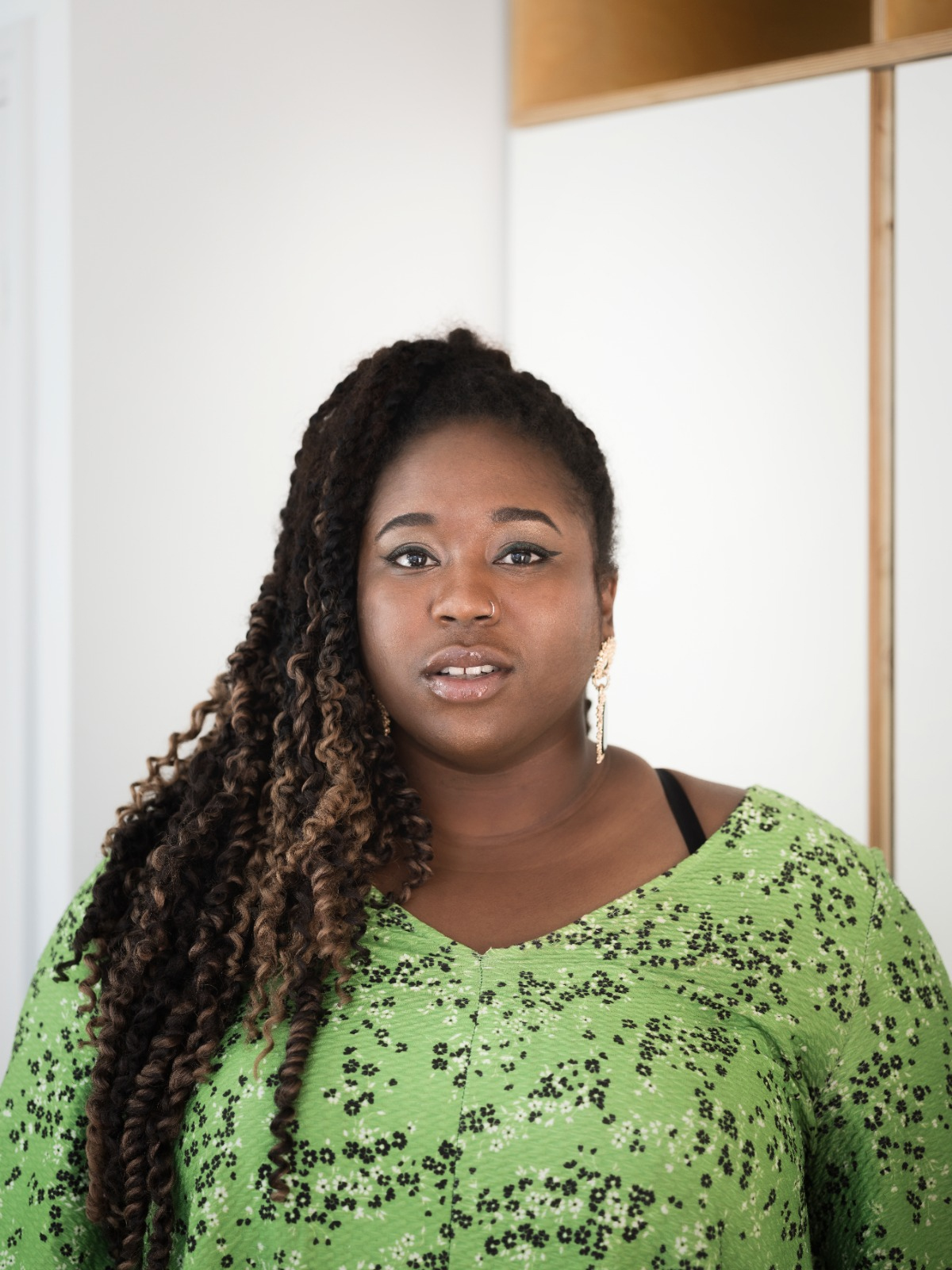 In November, PhD student Rianna Walcott, 26, was delivering an online speech to the British Postgraduate Philosophy Association, when she was Zoom-bombed.

“It was my first ever keynote talk and there were 50 people attending,” Rianna says. “Just as the talk was about to start, three men joined the call and took it over. They began drawing penises on the screen and yelling the ‘N’ word. It was awful.”

The session moderator eventually managed to kick the men out. “It took about five minutes, which felt like forever,” says Rianna, a researcher at King’s College London.

“I wondered if I was targeted because my talk was about race. Thankfully, it hasn’t put me off using Zoom, but I now realise that we need to be much more careful with security and I always use a password when setting up a call.”

Dr Levy from the NCSC also recommends not sharing links on social media, too. “It’s pretty easy to defend yourself if you follow the basic guidelines, such as using two-step authentication, practising good password hygiene and regularly updating your devices,” he says.

This is something Lianne and Paul have also done. “This technology is now not only part of our world but the world our children are growing up in, too,” says Lianne. “It can be frightening, but as parents we have a duty to make sure we understand it so that our kids can use it safely too – without ever being harmed.”

1. Make sure your email has a strong and different password from everything else. Your email account is the key to your digital kingdom, so if somebody gets in, they can access and take over every single account you’ve got.

2. Use three joined-up words for passwords. Pick words that mean something to you and then add numbers or special characters at the start or end.

3. Turn on two-factor authentication on all important services, so that a text or email is sent to you before you can access an account.

4. Always update devices and apps automatically or by checking the Settings menu for updates. This ensures you’re better protected with the latest security features installed.

5. Back up your data to the cloud or a laptop. This will help you recover any information if your data is stolen.

When asked by a reporter what it felt like to be returning to the White House, President Joe Biden said it “feels like I’m going…