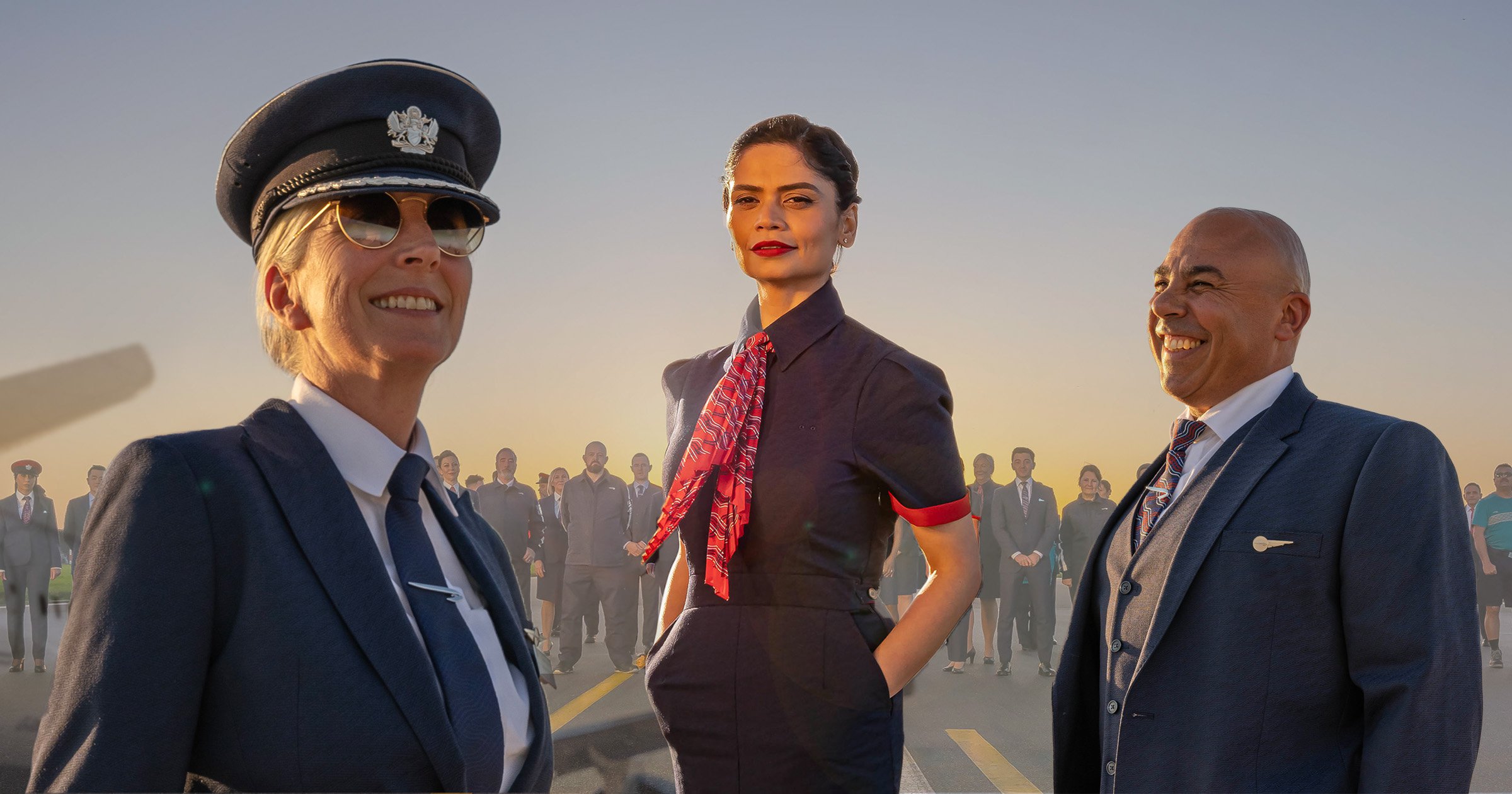 ‘Has the new uniform been designed with an evacuation in mind?’ asked one Twitter user.

British Airways have revealed their first uniform revamp in 20 years and Twitter has some strong opinions.

There’s a jumpsuit for female check-in employees which will be available for cabin crew later in the year, a three-piece suit for men and a dress, skirt and trouser option for women.

The uniform also includes outerwear which has been tested at temperatures of up to -18C, as well as a tunic and hijab.

But the fit of the uniforms don’t appear to be all that great, and the typical punchy colours of airline attire have been forgone in favour of a dull blue.

The collection was designed by British designer Ozwald Boateng, who has also been slammed on Twitter, alongside British Airways for the designs.

And predictably, Twitter users didn’t mince their words when it came to sharing opinions.

One user tweeted: ‘BA has revealed that the new uniform includes an option of a jumpsuit which is perfectly okay if you’re flinging yourself from the plane if service goes wrong, but an utter pain in the arse if you have to keep getting undressed just for a poo.’ Fair point.

Dallas McIntosh tweeted: ‘@British_Airways maybe some of your outstanding management team could do with a little break; particularly those involved with the new overalls, I mean uniform launch.’

But it wasn’t just the jumpsuit itself that had Twitter so mad. The lack of branding and dull colours we also disappointing to the masses.

The general consensus was that the uniforms ‘couldn’t have been duller if they tried’ and were ‘giving 1980s bank clerk’.

While the jumpsuit for women has been described by British Airways as ‘an airline first’ one Twitter compared it to the jumpsuit worn in the WWII We Can Do It propaganda poster.

While the airline doesn’t have gender neutral uniforms anyone, who identifies as a man or woman can wear that gender’s assigned uniform.

Another Twitter user compared it to an AA uniform tweeting: ‘No imagination to glam up the airline whatsoever. Truly the ugliest uniform designed by a tailor, honestly. Shame on BA, should be pride of Britain, not another version of AA.’

‘Tacky’ and ‘awful’ were also popular on the social media platform when it came to discussing the designs, with one user confused by how the uniforms were ‘meant to encapsulate Britishness’.