IN NEED of bathroom inspiration and renovation ideas? Then look no further, as one DIY fan has come up with a way to upcycle your bathroom features and on a budget.

Instagram page Interior DIYries, which sees one woman sharing her decor, styling and upcycling tips while learning on the go, shared a genius way to revamp your brother by transforming your taps with spray paint. 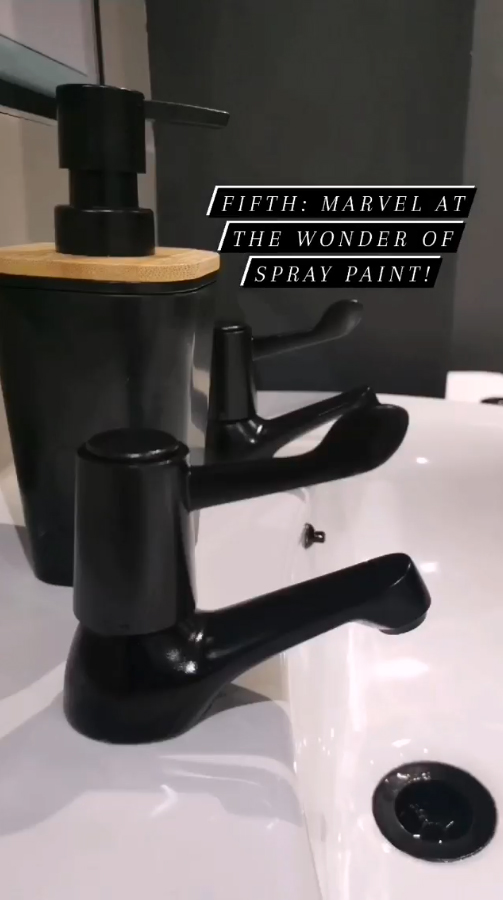 Instead of ripping out and refitting her bathroom fixtures, she was able to give her bathroom a stylish facelift with a can of Rust-oleum All Surface Spray that can be snapped up online for less than £10 and some sandpaper.

Fed up with her rusty old stainless steel taps, she opted to paint both taps and the plughole black and shared a step-by-step video online.

First, she scratched the taps with sandpaper in order for the paint to stick.

Before applying the paint, she made sure to cover all surrounding areas around the bottom of the taps and plug with tape and the rest of the sink area with a bin bag to protect it. 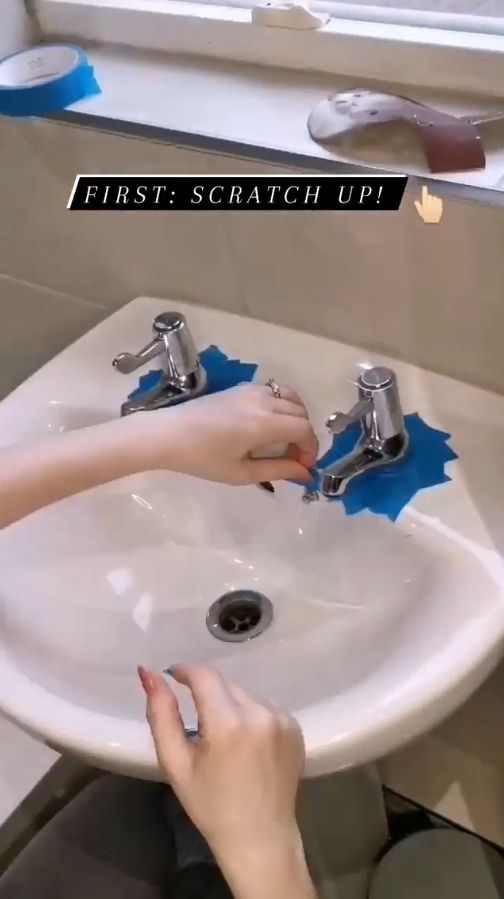 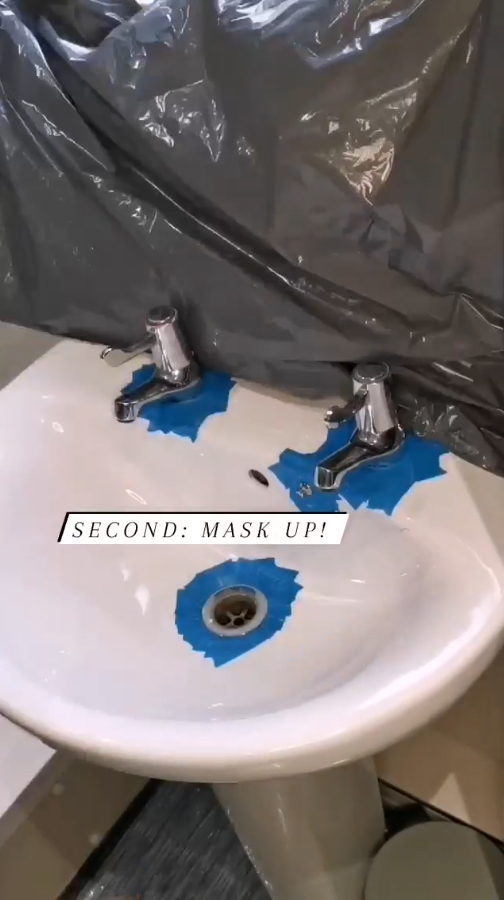 She began by spraying a light coat of paint and letting it dry, before repeating until she was happy with the paint coverage.

The finished result adding a cheap yet chic touch to her bathroom and she was pretty chuffed with the result.

Captioning her video, the woman encouraged other DIY fans to follow suit: "Get rid of your rusty old taps! Tbh you may as well. What's the worst that could happen. 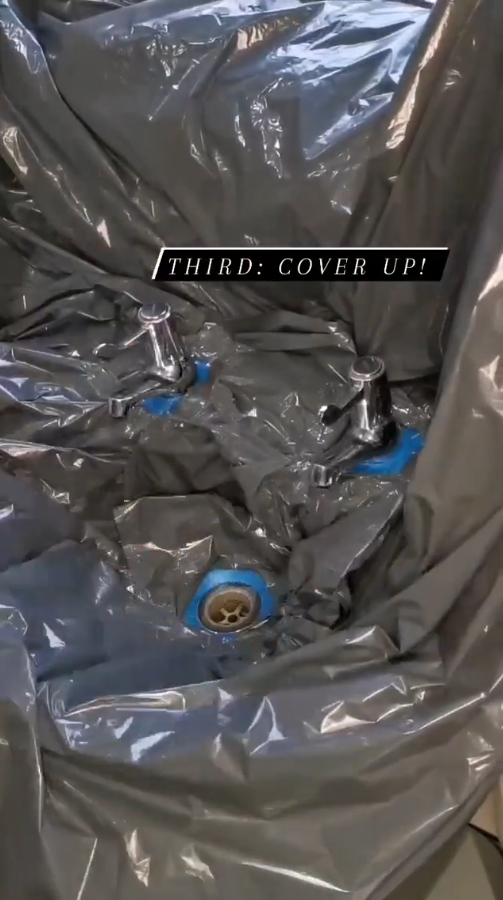 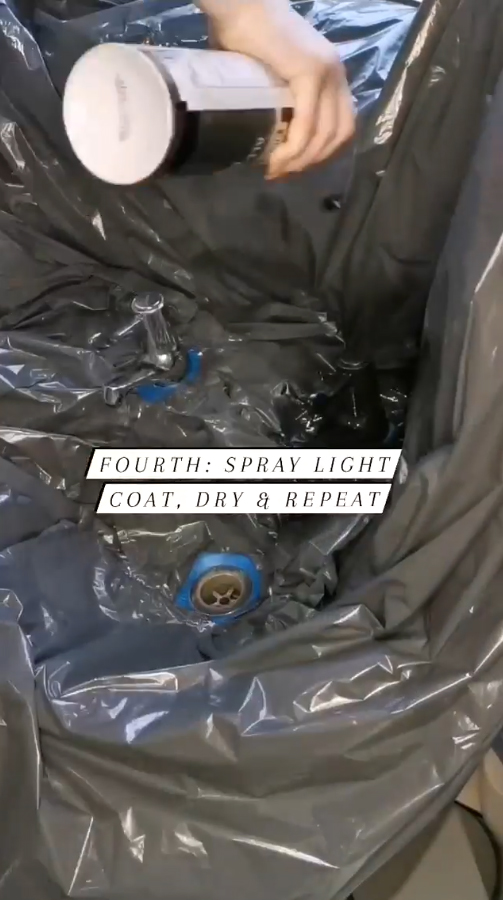 "I used @rustoleum all surface spray, having seen lots of other people do this on insta with great, lasting results. I did get paint on the sink and in various other places but it came off so easily with a dab of paint stripper."

People were left impressed with the quick and easy revamp, with one person commenting: "Great job I have the same taps might do mine now I’ve seen how amazing they come out."

Another said: "Looks wicked, am really inspired to do mine now. Didn't really want to remove them but also don't want to risk the mess, this way looks possible.' 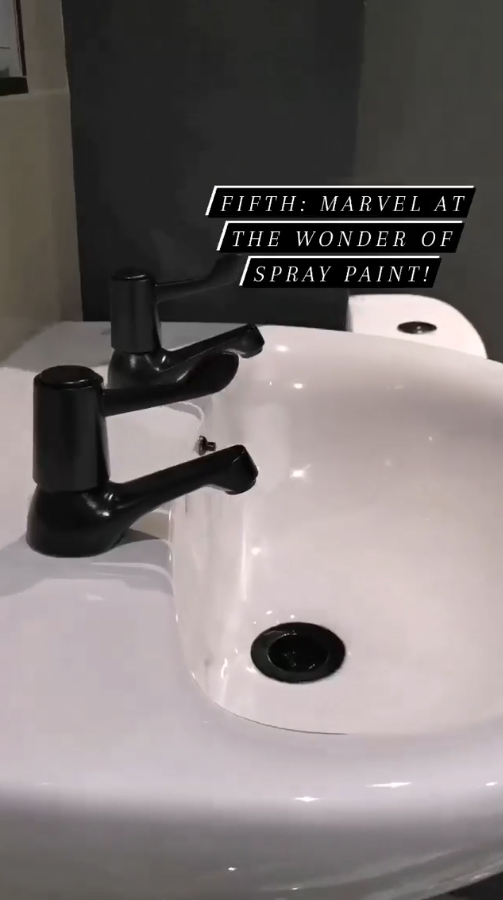 A third suggested removing the taps before painting, as they added: "This looks great but surely just taking them off the sink is much easier."

However, the woman replied that her taps were too old to remove first: "Nope, not when they're this old. Far less time and mess."

She also addressed some concerns that the paint wouldn't hold up and insisted: "Only did it 3 weeks ago but so far so good."

Others who had tried the same revealed that their paint jobs were still intact too, with one person posting: "I did mine over a year ago & [they are] still going strong."

Meanwhile, Stacey Solomon gave her downstairs bathroom in her new home a makeover on a budget thanks to Dunelm and Primark bargains.

Plus, one DIY fan transformed her crumbling pink bathroom into a luxury suite with budget eBay finds.

And, a mum and daughter who were quoted £1k to renovate their drab bathroom overhauled it themselves for just £100.