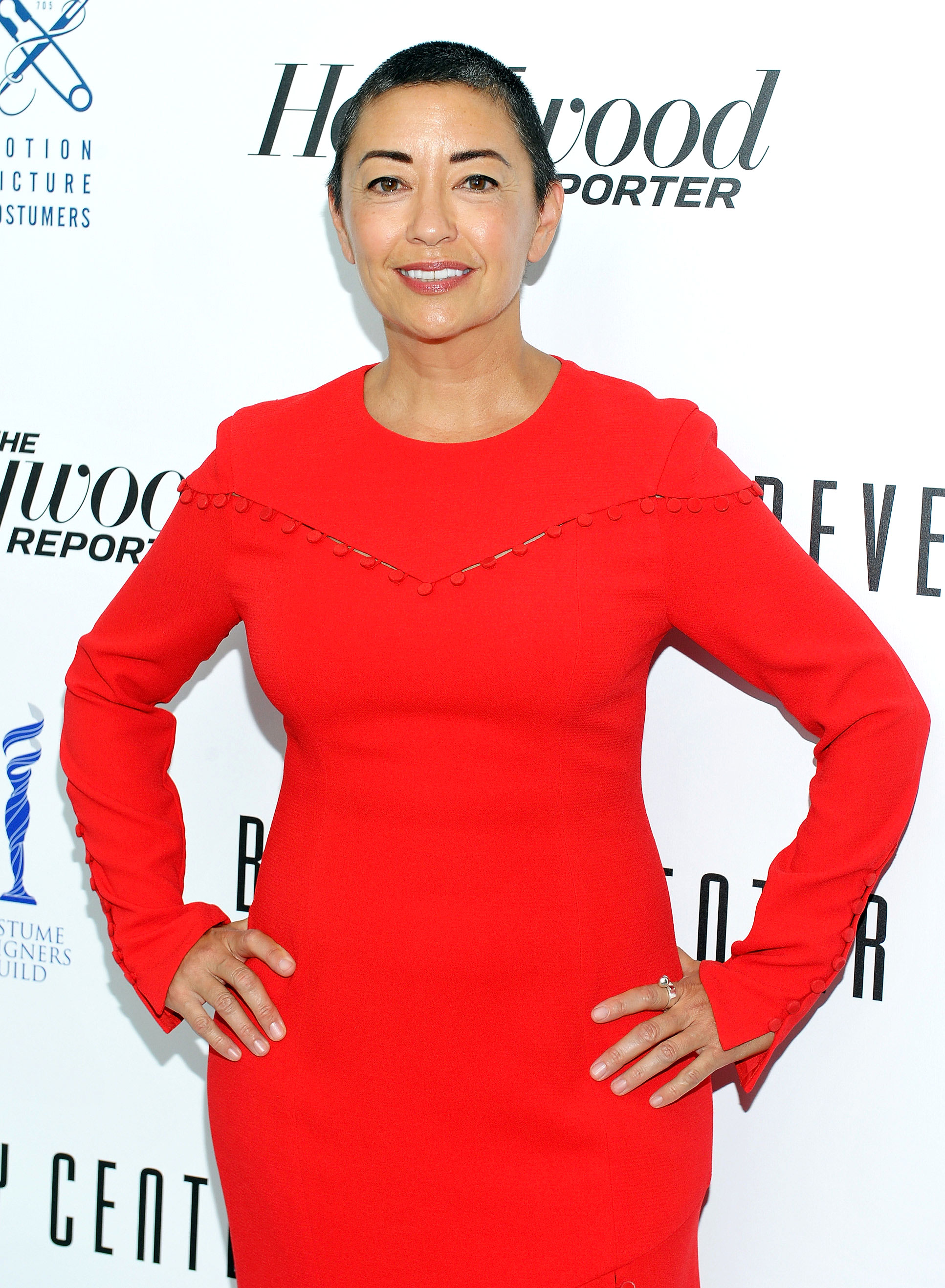 What do Tony Soprano’s bathrobe and Handmaid Offred’s crimson cloak have in common? Ane Crabtree. The veteran costume designer has worked on shows like The Sopranos, Masters of Sex, Pam Am, Westworld and, most recently, The Handmaid’s Tale, and she is responsible for some of the most iconic character wardrobes on TV.

As the lead designer on the Hulu hit series, Crabtree was tasked with bringing Margaret Atwood’s 1985 novel depicting a dystopian future in which the United States turns into a fundamentalist dictatorship known as the Republic of Gilead to life through clothing, and, whether or not you watch The Handmaid’s Tale, you no doubt know the eerie red uniforms and white caps the handmaids are forced to wear. Ahead of season three, Us Weekly had a chance to chat with Crabtree about her design process, the handmaids’ costume that launched a thousand copy cats and the unexpected request she gets on set!

Us Weekly: How did the process of designing uniforms for the different social groups presented in The Handmaid’s Tale differ from other projects you’ve worked on?

Ane Crabtree: It’s so different. I knew that we had to create these delineations of social groups, and, if you know the book, it was very distinctly stated that there are five colors. Season one, the idea was: how can we take a uniform and make it individual for each person but also be able to add to it. Season two it was the same thing, but for other kinds of groups. 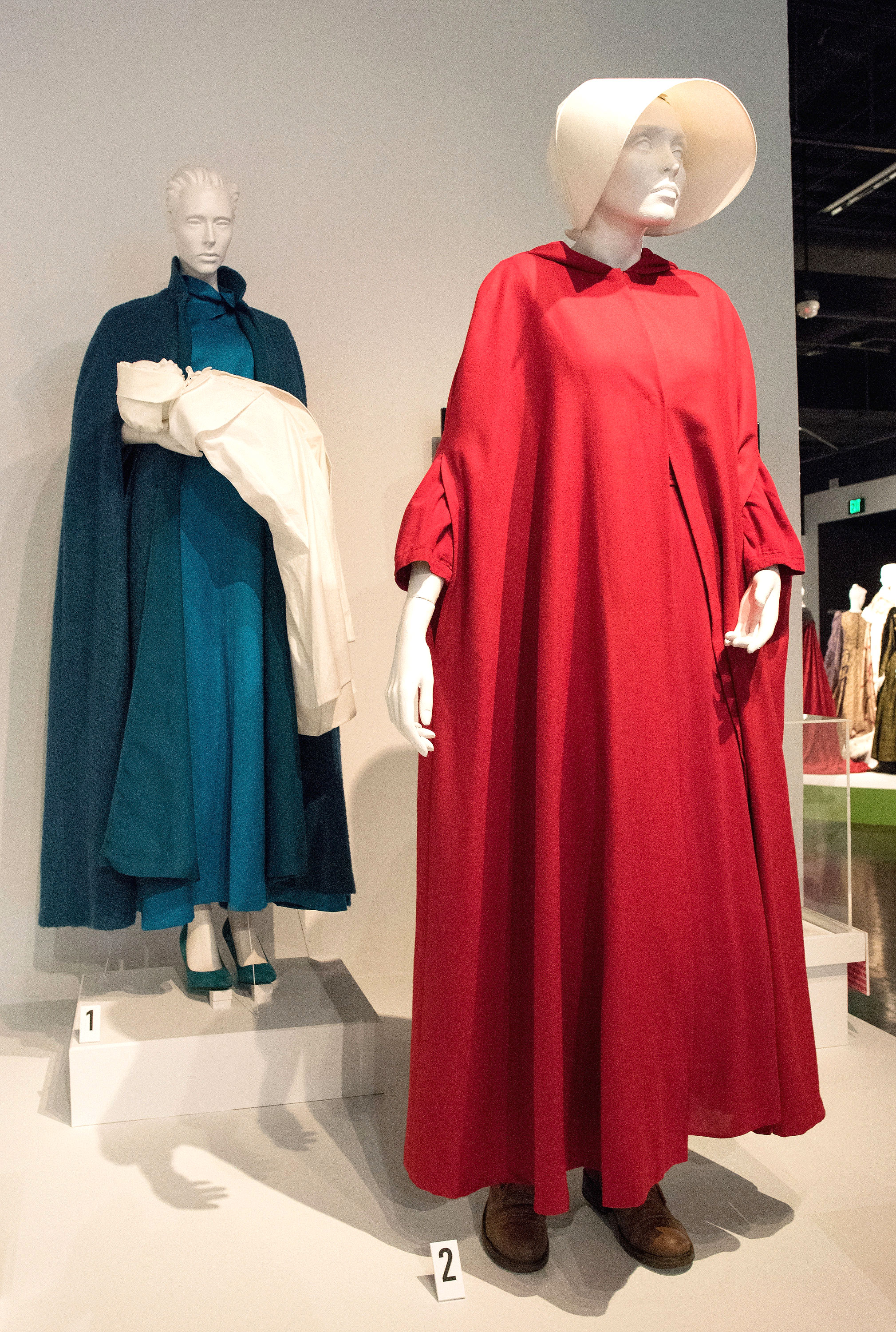 UW: How important was it to get the colors just right?

AC: If you look at the color of season one compared to the color of season two – it’s very subtle – but the idea of season one was the building of Gilead and then season two was the tearing down of those ideas. So even though it’s a metaphor, it had to work visually as well. I loosened up a bit in season two in regards to the wives and the tones of teal they could wear. If you look at Naomi Putnam [Eva Carradine’s character], for example, there is a kind of Tiffany blue that she wears that I love. It was a real stretch to throw it in, but I used it in such a way that, while it was so beautiful, it made sense to the script. She was in a position of being weaker to Serena Joy [actress Yvonne Strahovski], so she wouldn’t have to be in a teal that was as intense as Serena Joy was wearing.

UW: That’s such an interesting delineation. Are there any other costumes that have subtleties like that?

AC: In season two, you start to see it with the saturation of Commander Waterford [Joseph Fiennes] and Commander Lawrence’s [Bradley Whitford] suits. They are not full black all the time. There is lots of white. We even hand-painted the white in Bradley Whitford’s clothes to show he was more loose and artistic. His intentions when he was building Gilead were coming from a positive place. It’s the experiment that went wrong.

You see it with Ofglen [Alexis Bledel], too. She has a little short cardigan she wears in Commander Lawrence’s house. On one hand, she wears it because it’s a big old house that’s cold, but it’s also very poetic. She was a professor before she was a handmaid. So all of the wardrobe decisions means something.

UW: How long does it take to create each costume?

AC: If it’s a new design, I get up super early before set call. That’s the moment for me. I try to think of the ideas for any given script between, say, 3 a.m. and 5 a.m. and then it’s off to the set. When I am reading the script and there is a new character, I give about two hours of thought to that specific costume and then probably another two to three hours of getting the fabric and refining the sketches. During the fitting with the actor we make changes as well, and hopefully there are no changes on set – that’s always the goal. I’ve never really though about it, but I’d say it’s 15 to 20 hours per costume and maybe more, if there are other people involved. I have to say, there really wasn’t a lot of conversation on The Handmaid’s Tale. I was very amazingly given a lot of trust and freedom to do things the way I thought they should be. That was remarkable. 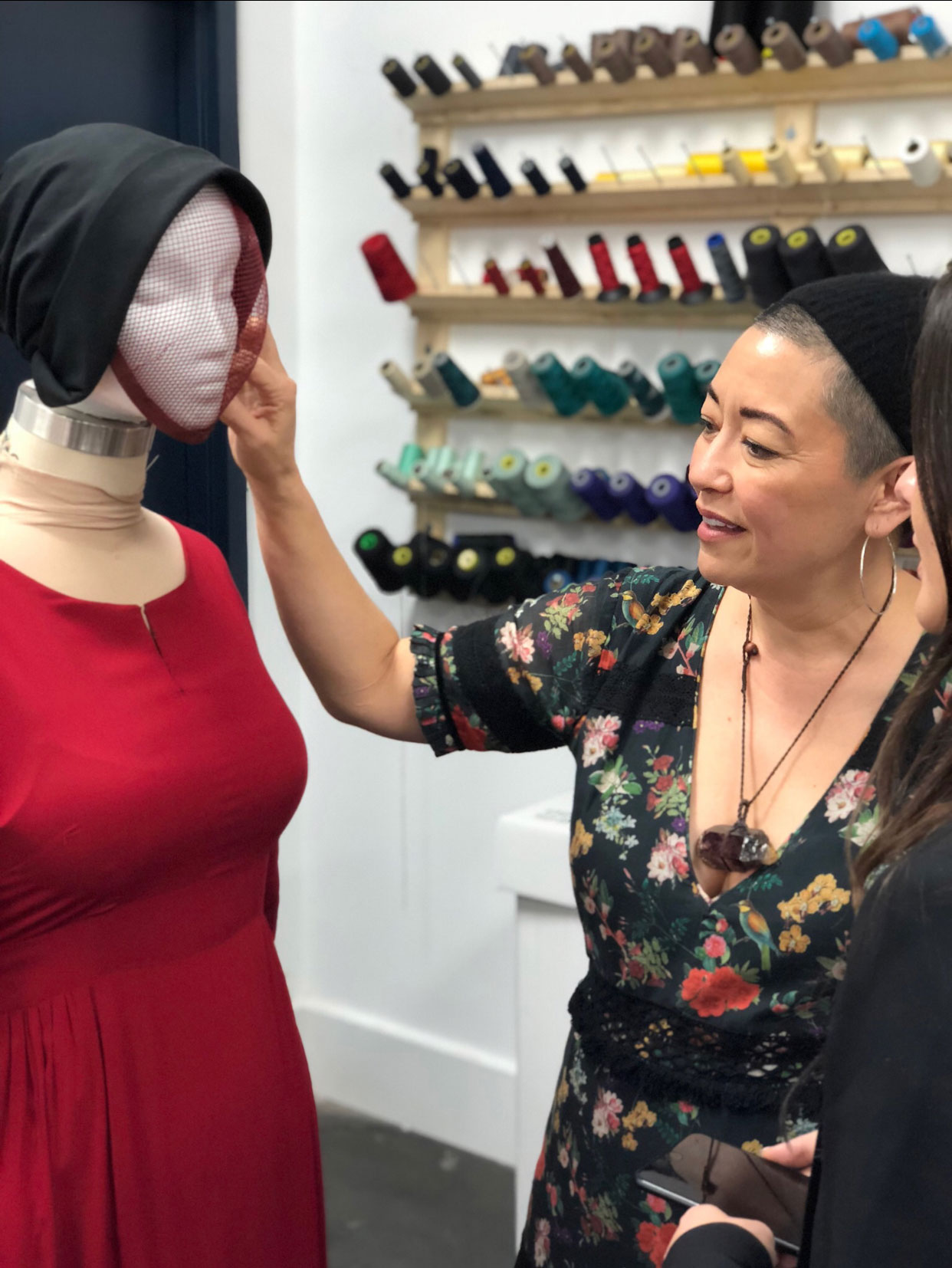 UW: How does it feel to be the brain behind designs that have spawned Halloween costumes, parodies and the like?

AC: It’s so flattering and humbling and funny. I loved when it was on RuPaul’s Drag Race or Saturday Night Live. I love all the protests that are happening all over the world. I am smart enough to know that it is beyond me at a certain point. I simply came up with an idea based on a script that was handed to me. It’s always either hilarious or poignant – whether it’s Halloween costumes or women truly protesting for their rights. It’s a big deal. It’s only two seasons for me, so maybe years down the road I’ll understand what it all means fully.

UW: Have you received any funny or surprising requests from actors who want to hang onto certain parts of their costumes?

AC: Yes! There are these boot covers that I make out of heavy duck canvas that are brown and go over the actors’ shoes. I did them in a kind fashion-y punk way because I like that. There are short ones and long ones that go to the knee. You never see the long ones because the dresses and cloaks are covering them, but those are the winter set. Many actors have come to Toronto [where the show films], even if they aren’t a handmaid, begging me for a pair. There are so many actors – male, female – who want them. It’s so interesting. They are really cute – I’m telling you!

Season two of The Handmaid’s Tale will be available on Blu-ray and DVD on Tuesday, December 4.