After giving birth to my first child Ruby, now 10 in January 2008 – I can honestly say that my body felt like a nuclear waste-ground. 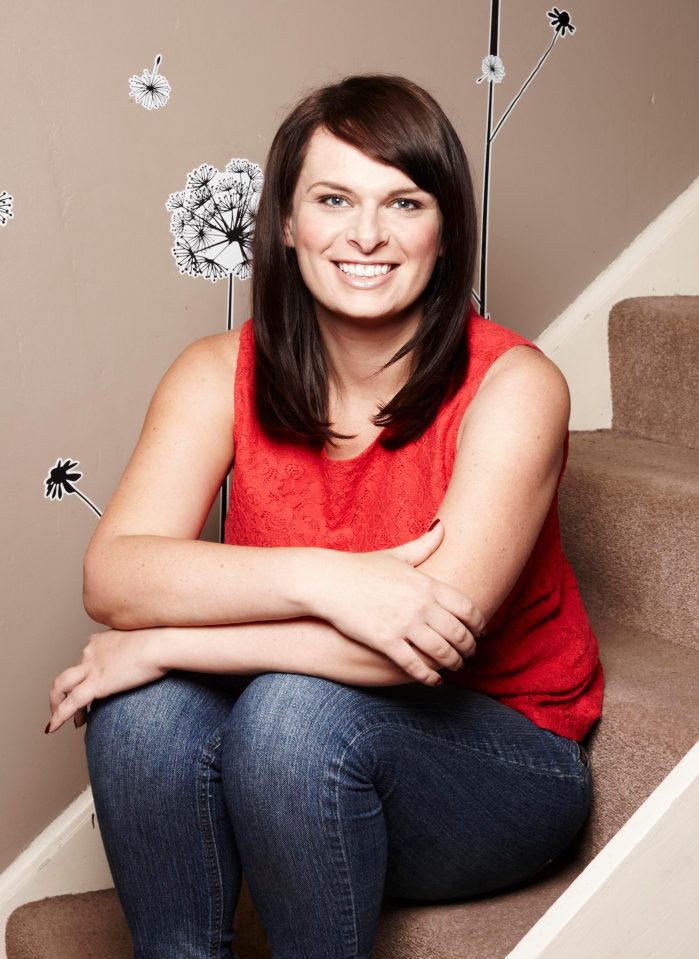 Stretch-marks, gross jelly-belly, hollow rings under my eyes and greasy hair. Only semi-human and a husk of my former self.

I remember vividly sitting with my newborn in my arms, just a week after giving birth thinking that I didn’t know who I was anymore… I didn’t have an identity, other than half-dead zombie-mum.

I was miles away from my heady clubbing days of my early twenties – dancing all night, three days on the sesh and getting up the next day and bouncing back after a swig of Lucozade (original flavour).

Truth is, I’d had a good innings to say the least. I often think I had my own innings and everyone else’s innings for them. 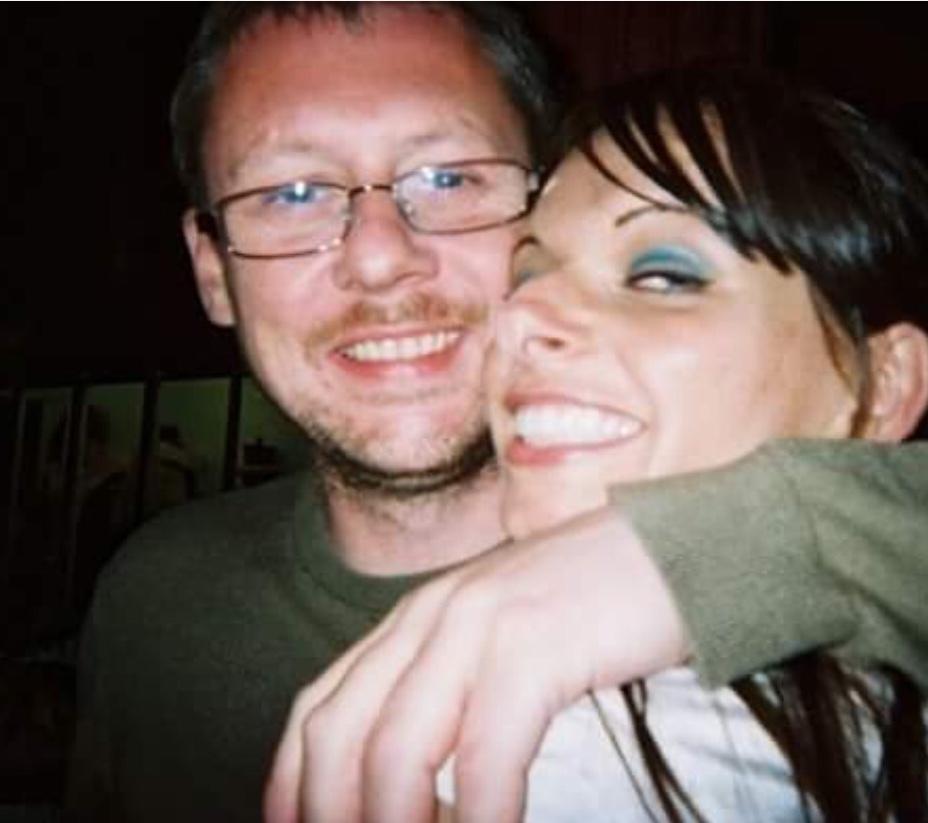 Out every weekend, mainly in wall-to-wall muscle gay clubs where most of the time I spent 12 hours straight dancing my socks off. Clubbing was a huge part of my life.

When I’d fallen pregnant, I was fully aware that life would change of course. In so many ways, I even wanted that change. But I wasn’t ready to totally give up who I was.

Was this it now? Did I really have to hang up my comfiest dancing heels at the age of 28? Well, unapologetically it wasn’t the end for me.

I longed for a night out – something to make me feel like Sally again. Straight away, my paranoia kicked in… “What would people think about me leaving the baby? Am I even allowed?”

This was the start of not just a lifetime of mum guilt for me, but worse than that – the dreaded “mum-judgement”.

Would other mums be horrified at me abandoning her? I could even feel my own mum rolling her eyes as I thought about it.

I talked to Ruby’s dad James about it. “Of course we should go out, you deserve some time to yourself,” he said. 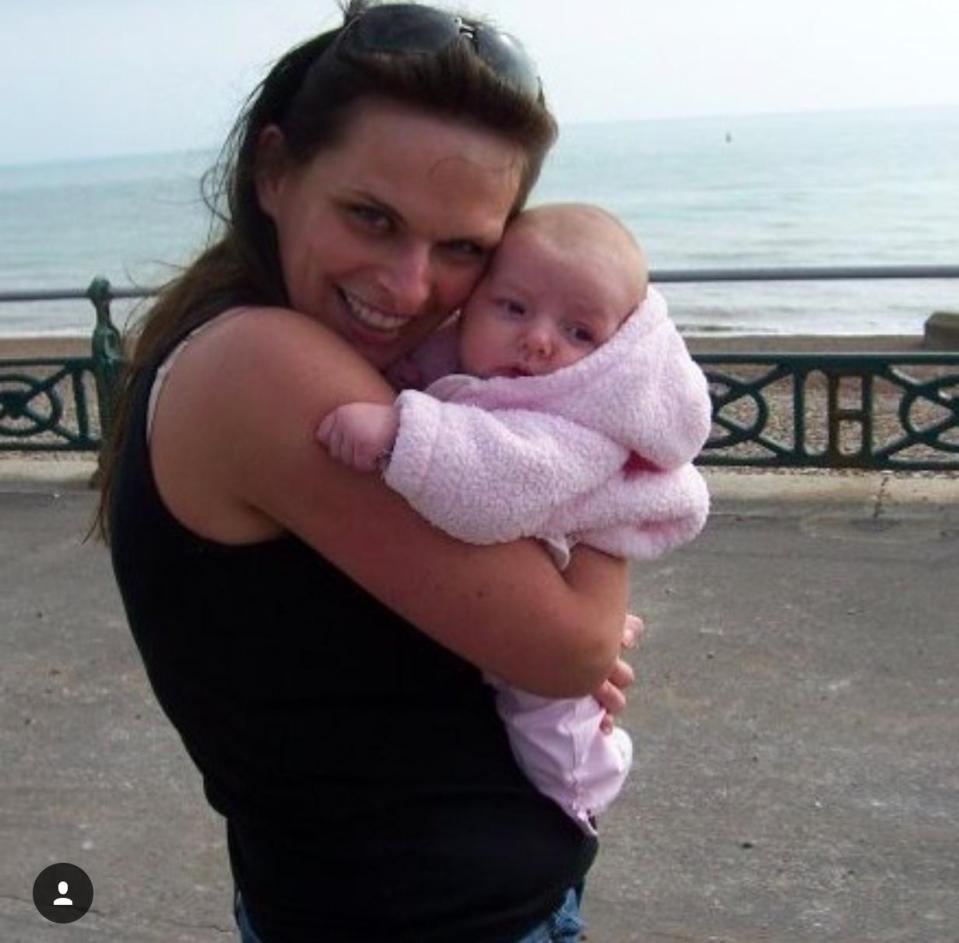 But he was a man – could he ever really grasp what mum-judgement was? Let’s face it, it’s hardly a possibility he’d ever have to suffer such judgement himself.

On February 14, 2008, as a Valentine’s Day treat to ourselves and 14 days after giving birth, off out clubbing to Audio in Brighton we went.

Putting on a short white silk dress and she skyscraper heels, it was like transforming back into the woman I remembered – and it felt incredible.

As I swayed to the DJ booth and a few double vodka and cranberries, I wanted to hear some house music I could really dance to rather than the rubbish techno that was blasting out…

“Play something good please, I’ve just had a baby,” I asked the guy on the decks.

“Then shouldn’t you be at home?” He replied. 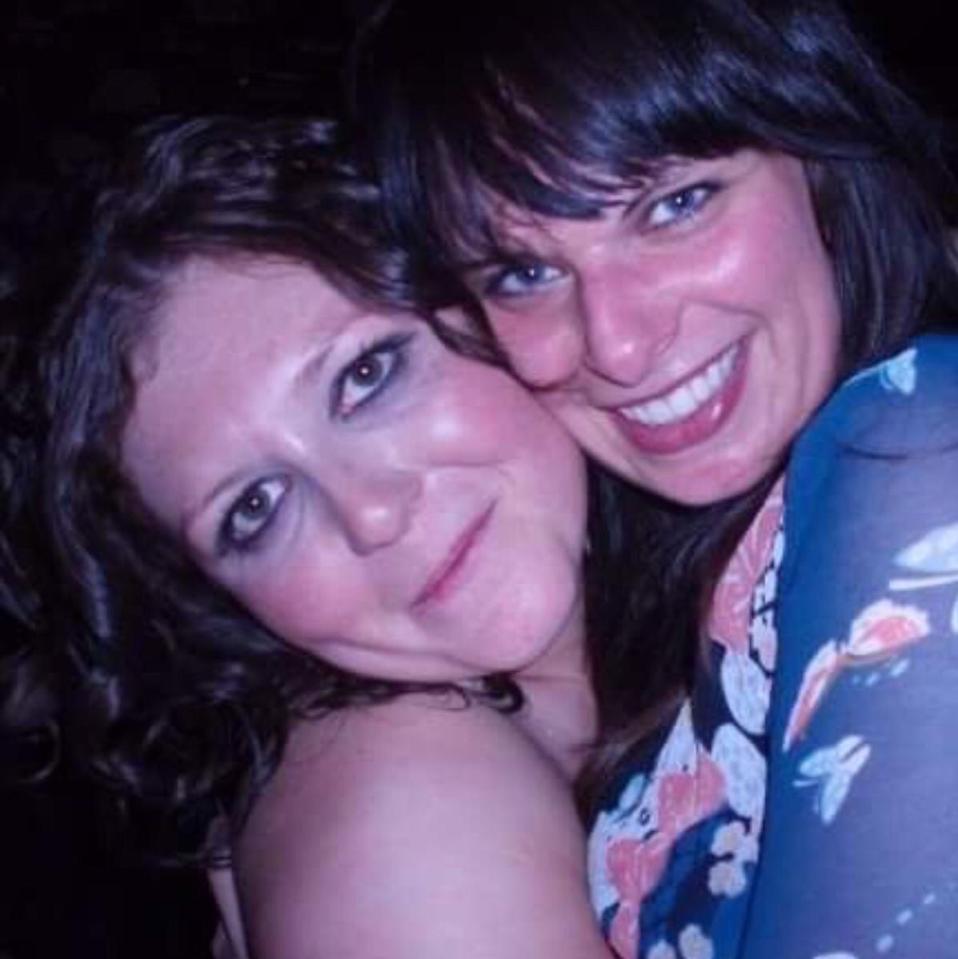 I couldn’t believe it. Even the DJ was judging me for coming out. Frustrated and annoyed doesn’t even cover it.

Was I glad I’d gone in the first place? Now aged 38, with another daughter Mabel, aged two – I still can’t be sure.

As we know, when it comes to gaining merit points in parenting, men are exempt while women are constantly trying to earn their status as a proper mum by weaning their child on organic vegetables, breast feeding until they’re eight years old and never, ever letting them on their iPhones after 8pm… ahem.

No matter what your status, the minute you fall pregnant – everyone has their opinions. 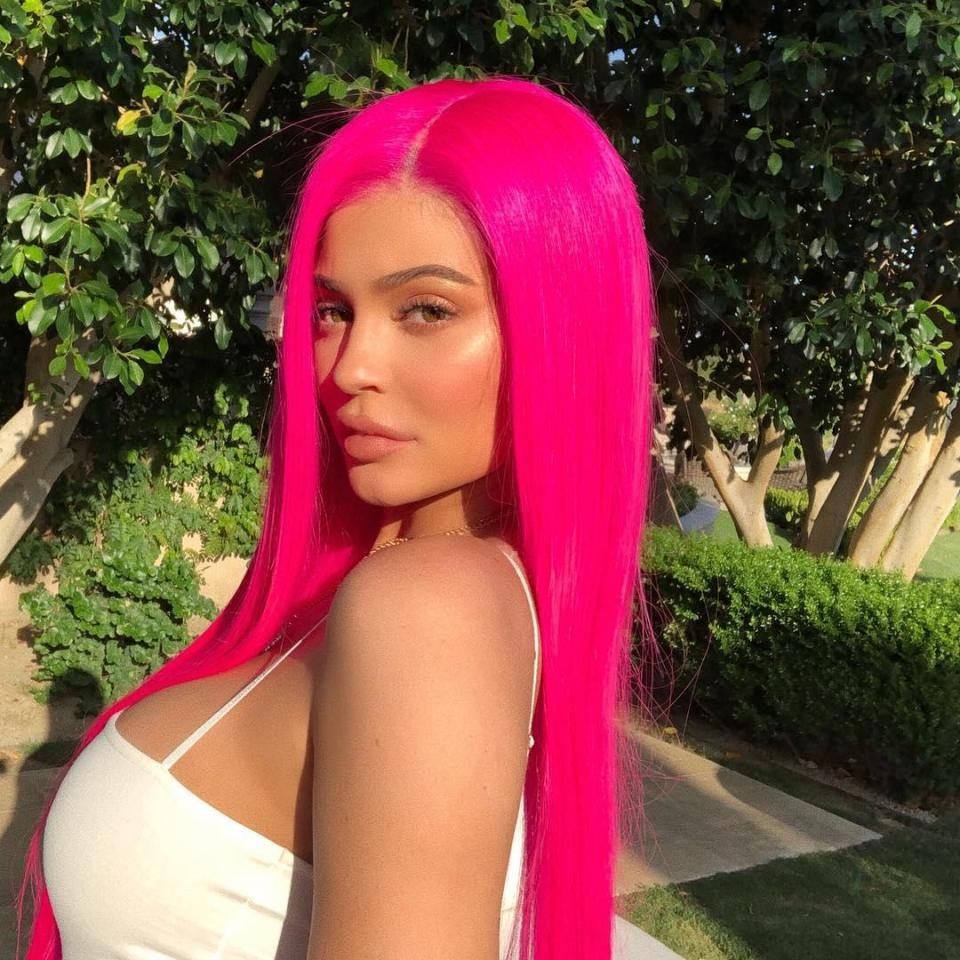 Of course, I thought about my baby non-stop while I was out. Would she know I was gone? Would she throw a wobbly for my mum at home looking after her? Mum had promised me that if the slightest problem occurred she’d get in touch so I had enough faith in that to allow me to have a good time.

The next morning was the first time I suffered with the dreaded mum hangover, getting up at 5am, feeding Mabel and soothing her with cuddles before putting her back in her crib. My head felt harsh and the Lucozade didn’t work quite as well as it used to, but it was still so worth it.

When I read about poor Kylie Jenner being chastised for daring to go to Coachella with her friends, it reminded me completely of my own harsh experience. 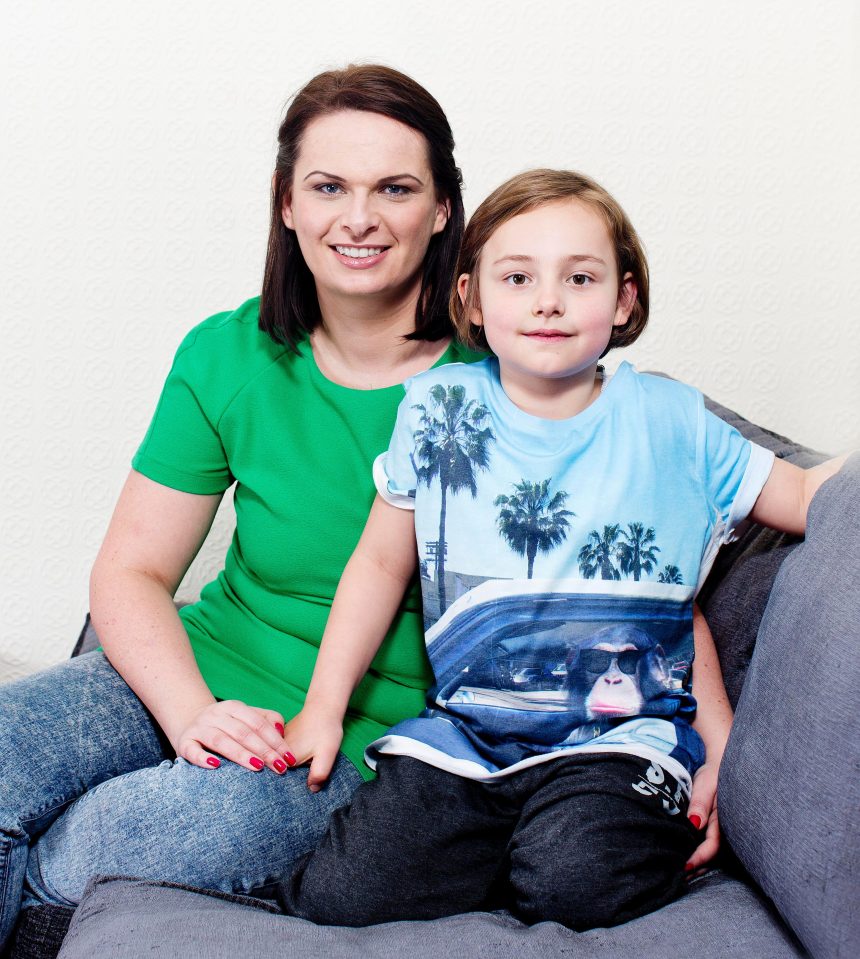 After giving birth to baby Stormi, she must feel as bereft as I did and longing for an outlet after nine months of watching everything you do and acting with caution around your every move to protect your unborn baby.

So she went out and left her baby in excellent care – shouldn’t we be building our new mums up instead of tearing them down?

WE don’t know Kylie’s circumstances, what’s she’s been through, or what she’s feeling right now – so everyone needs to cut her some slack.

It’s this kind of unnecessary criticism that means new mums isolate themselves from baby groups and meeting new mums for fear of feeling inadequate – and I should know.

Everything about mingling with “perfect mums” made me sweat. I felt like such a fraud for just making a few decisions that allowed me to be me, and it’s just not fair.