A FOUL-MOUTHED couple has been blasted for sending out expletive-ridden wedding invitations.

The rude note referred to guests as "dumb a***es" and asked people if they'd be attending a "dope a** concert" at the reception. 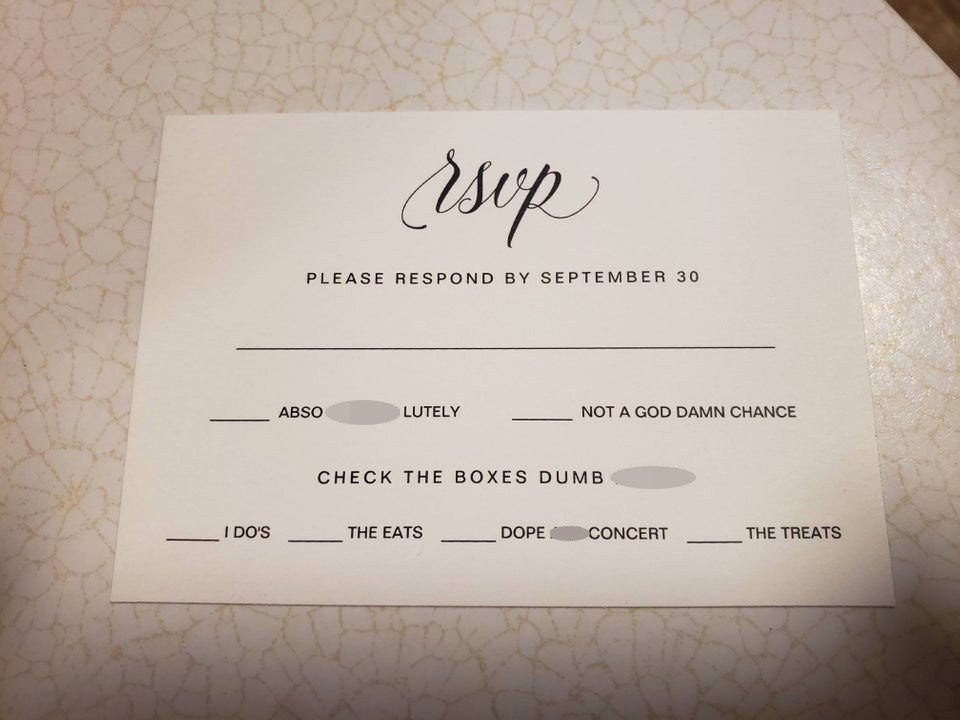 The invitation was posted on Reddit by one of the soon-to-be newlyweds, alongside the caption: "My fiancé and I decided on RSVPs that are…well…less than traditional [sic]."

Littered with swear words, it told people to RSVP by ticking off the phrases "Abso f***ing lutely" or "Not a God damn chance".

Attendees were than asked to confirm whether they'd be attending the "I dos", "The eats", the "Dope a** concert" and "The treats". 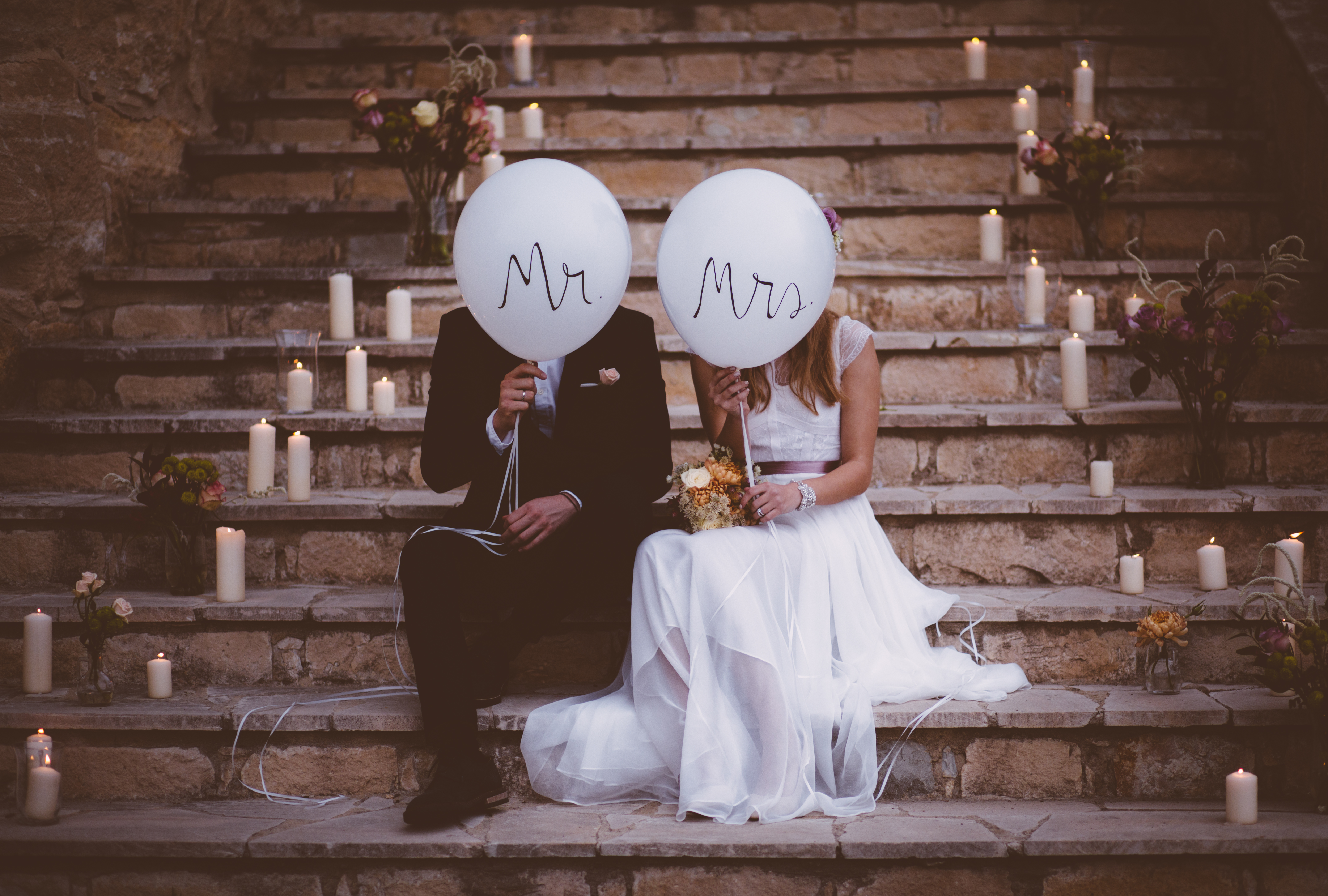 Unfortunately for the poster, the majority of Reddit users didn't seem to find the invitations particularly funny.

One commented: "Cursing on an invitation isn’t fun, it’s rude and simple. Even if you don't mean it to be.

"Come up with something more clever and personal and it'll be more memorable."

However, some loved how out-there it was.

"I think it's hilarious!!! Then again I wouldn't send it to my grandparents but close friends would def. get that one [sic]," read one message.

Meanwhile, one wedding guest has been branded a "clown" after wearing a white lace "bridal dress" complete with a TRAIN to pal's big day.

A bride punched her kilt-wearing husband after he sat on her knee during the reception and left a POO stain on her dress.

And is it going to rain on your wedding day? This calculator claims to have the answer.