Our love gurus Alix Fox and Paul Thomas Bell watched the romance unfold and revealed the secret signals the pair gave off that shows how they really felt. And, their tips might just help you with your dating dramas…

Yemi, 41, is a photographer and lives in Surrey with her three children, aged nine to 18. She says:  “As soon as I set eyes on Ben, I couldn’t help picturing him naked.

"That’s not as weird as it sounds – I’m a boudoir photographer, so it’s a professional tic! Ben is gorgeous, and the chemistry was immediate. 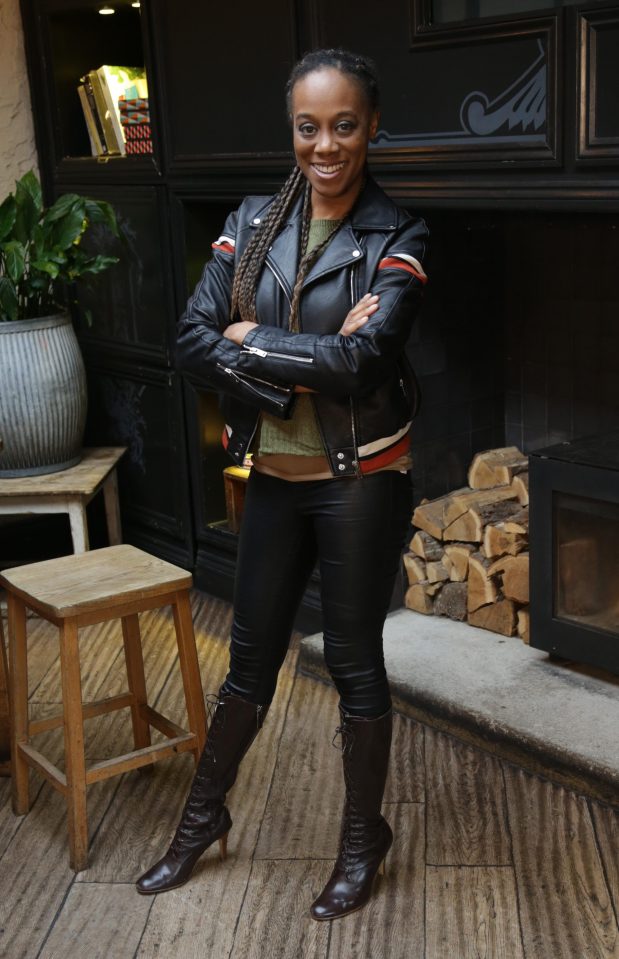 "I’ve been pretty unlucky in love in the past. One ex cheated on me with four other women. Four! I’ve been single since May and have tried all the dating apps, but I find the men on there are too forward. I don’t care how good-looking you are – penis pictures are a total turn-off.

"It was my 18-year-old daughter who talked me into trying a blind date, and I was a bundle of nerves. Thankfully, Ben was very sweet and put me at ease by joking about his pink, fruity cocktail.

"As we chatted, Ben seemed genuinely interested in my job – his eyes nearly popped out of his head when I explained I took intimate snaps of women and couples.

"I like my men to be flirty, and Ben was just the right kind of cheeky. He wasn’t afraid to make fun of himself and when I told him I grew up in New Jersey, he joked he used to have Jon Bon Jovi hair.

"He seemed a tad nervous when I mentioned my kids – I need someone who can deal with the fact I have children. I’m not bothered about having more, but Ben mentioned he’d like his own family, which could be a problem in the long run. While I’ve never married, I’ve been engaged twice, and still dream of a big, white wedding.

"After cocktails, we decided to go for dinner. Ben was the perfect gentleman, picking up the bill and texting to check I got home. We even had a snog and talked about doing go-karting as a second date. I hope it comes off.”

Ben, 38, is an industrial designer who lives in Henley-on-Thames. He says: "I've been single for 18 months and dated on and off in that time. I’d really like to find love, but so far I’ve failed miserably. 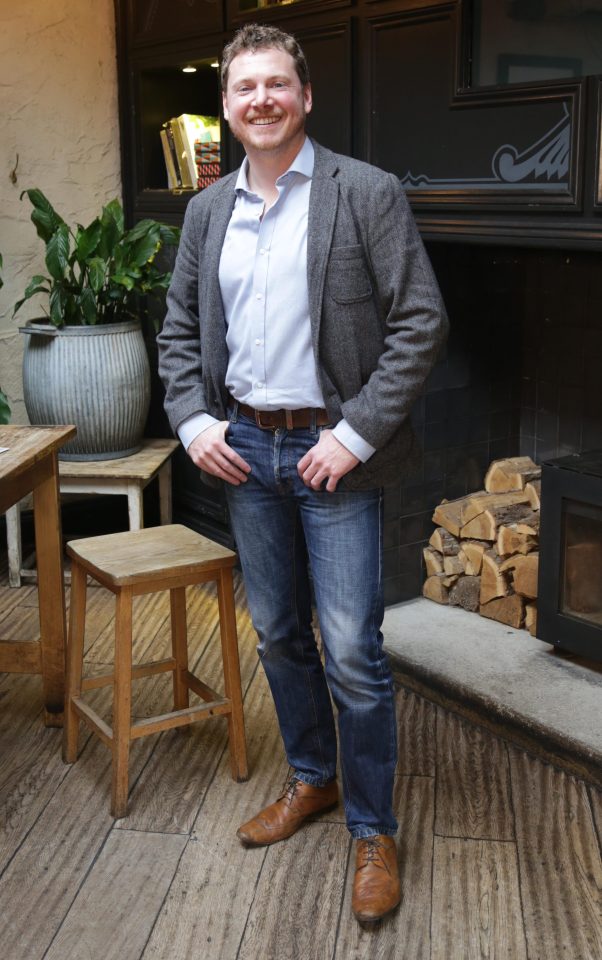 "Some dates have been disastrous – one girl was so drunk she couldn’t stand up, so we lasted 15 minutes before I had to put her in an Uber home. Now I’m trying to meet people in real life rather than relying on apps.

"Thankfully, Yemi made a much better first impression. She looked cool in her leather biker jacket and didn’t seem nervous in the slightest.

"I thought she was joking when she told me what she does for a living – I tried to hide my shock, but was keen to hear all about it. She joked I could be her assistant, so I don’t think I made her uncomfortable.

"Yemi guessed that I’m into extreme sports – I describe myself as the love child of Ray Mears and Bear Grylls and spend most weekends doing ultramarathons, racing motorbikes and snowboarding. She said she could beat me, but we’ll see about that.

"The kids situation is a tricky one because I definitely want children and I’m not getting any younger. All of my mates have settled down now.

"We clearly had chemistry. Yemi played with her hair and laughed at all my jokes. There were no awkward moments, we went for dinner and exchanged numbers. Watch this space.” 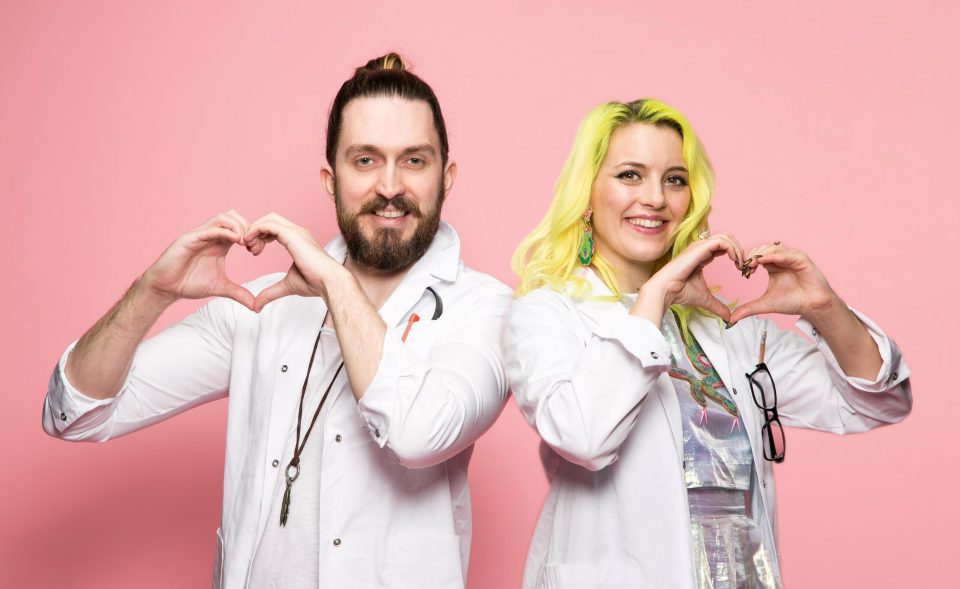 Alix says: “Yemi must be so tired of people reacting to her job in an overly sexual way, but Ben handled it well, despite his surprise. At one point Yemi listed her children and put the eldest first – I think she did that to see how Ben would react, and it seemed to throw him. Yemi slowly leaned back during this topic, which could be a sign she disliked what he was saying. However, later in the date, Yemi stroked her neck, which is a possible sign of sexual attraction. Overall, I’d say this date was a success.”

Paul says: “These two didn’t look compatible – Yemi had an independent vibe and Ben was more like a dad in a blazer. During the date Ben flashed his teeth, a sign he was genuinely happy, but also clenched his fists, which could mean he is holding something  back. I think at times he just said what he thought Yemi wanted to hear. I’d be interested to see how a second date goes.” 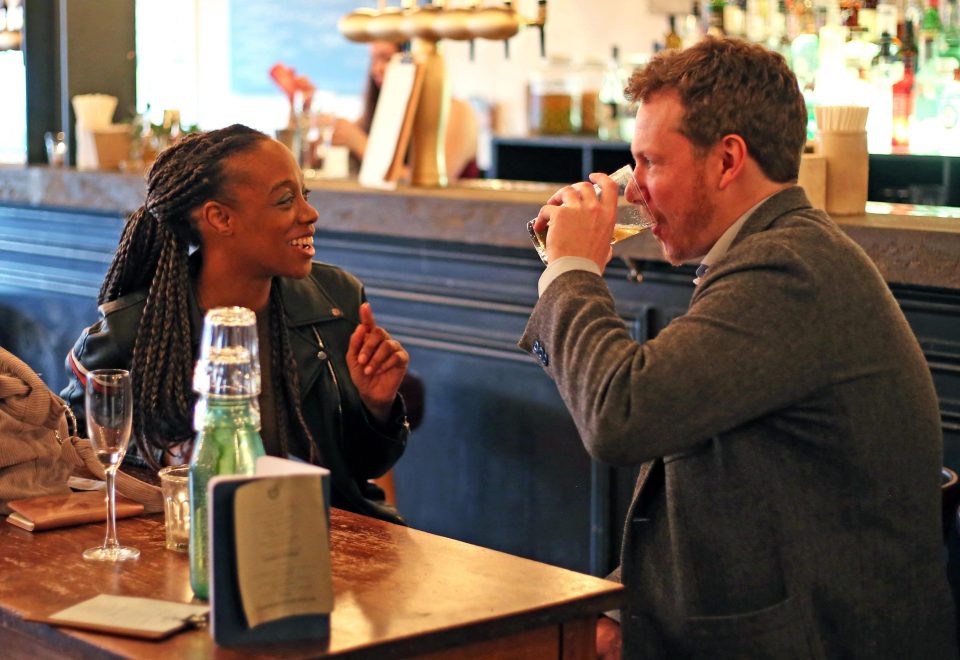 Catch new Love Lab episodes every Wednesday. And, watch an extended version of Yemi and Ben's date on our YouTube channel.

Do YOU want to find love with Fabulous?

Fabulous is looking for fun-loving singles of all ages to whisk off on a romantic blind date. We’ll pair you with a brilliant match and even chuck in a couple of cocktails to help get the conversation flowing.

All you need to do is tell us how the date went – including any cheeky snogs – and be photographed for the website.

To find love with Fabulous – or to nominate a lonely-heart pal – fill in the application form below.

A relationship expert will pair you with a date based on your personality and preferences.

You need to live in the UK and be aged 18 or over.