On Wednesday, Baptist World Aid Australia released its annual Ethical Fashion Report, which grades clothing brands on their performance across a range of issues including workers' rights and environmental measures. 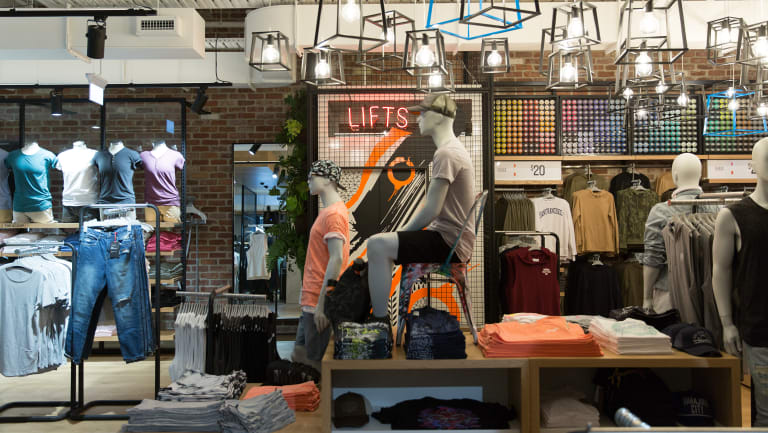 Cotton On was one of the most-improved companies in the report.

Giving companies a grade ranging from A+ to F, it's a handy tool for helping consumers differentiate between brands at the cash register.

If you believe fashion experts, including David Jones' David Collins, consumers are demanding more information on where their clothes come from, which makes reports such as Baptist World Aid's (Oxfam also does one) useful.

But the report has some serious flaws, in particular the way it gives cheap, high-volume "fast-fashion" brands more credit than they deserve.

In this year's report, Cotton On received an A, making it the highest-graded large Australian apparel company. Spanish-owned Zara received an A-, while Swedish giant H&M earned a B+.

While Cotton On and brands of its ilk are making serious efforts to clean up the industry, for example by supporting organic cotton-farming operations in developing countries, these same companies have helped perpetuate many of the industry's most serious issues, such as the exploitation of workers.

Fast fashion, a term coined by the New York Times in 1989 to refer to the "churn" of new styles through pioneers of this retail phenomenon such as Zara, relies on low-paid labour in the developing world to keep prices down, which in turn keeps customers buying more, and often.

Typically, clothing by "regular" companies can take six months in production, whereas Zara can launch new styles "from runway to retail" in two weeks.

Fast fashion isn't the cause of the mass consumerism gripping the world, on everything from cars to mobile phones, but it is a symptom. People's attention spans are shorter than ever and what was once considered "new" for several years or months is now passe after a much shorter length of time. Like a drug, people even refer to needing their "fashion fix".

But what happens to yesterday's news, AKA the clothes that were in fashion last week but are now considered uncool? In many cases, they end up in landfill, often after only a few wears.

Just this month, H&M revealed it has more than $US4 billion ($5.15 billion) in unwanted clothes. While the company has noble aims of achieving full circularity by 2030, figures such as this are a reminder of how far the industry has to go in cleaning up its act.

By all accounts the Baptist World Aid Australia report is a good indicator of ethical sentiment among fashion brands, and we're better off for having it. But it gives too much credit to a retail model that is predicated on impulse and, too often, exploitation.