Kyle Ng‘s Brain Dead and Converse have come together for their third collaboration, this time around reworking the classic Chuck 70 and a pair of Bosey Ox sneakers. The collaborators follow on from their sell-out Chuck Taylor All Star 70 and One Star pairs, delivering two shoes that are nothing short of bold — and another Dover Street Market-exclusive that strips things back to basics.

Brain Dead has taken the Chuck 70 to the max, reworking the entire silhouette with new graphics, branding, and core components. The upper sports a split canvas look, combining three kinds of cow prints ranging from brown to black to white between the medial, tongue, and lateral panels. Alongside this, Brain Dead’s signature head-shaped logo has been added on the lateral side in the form of rubber, while Converse’s All Star badge appears in leather on the medial.

More uniquity can be found below, where the brand has given the Chuck 70 a very busy sole unit. The midsole and its accompanying foxing have been spliced and deconstructed, sporting a digital-looking mix of red, navy, and egret blocks and stripes alongside repeated Brain Dead branding above. This leads to the rear where you’ll find a split license plate in black.1 of 5 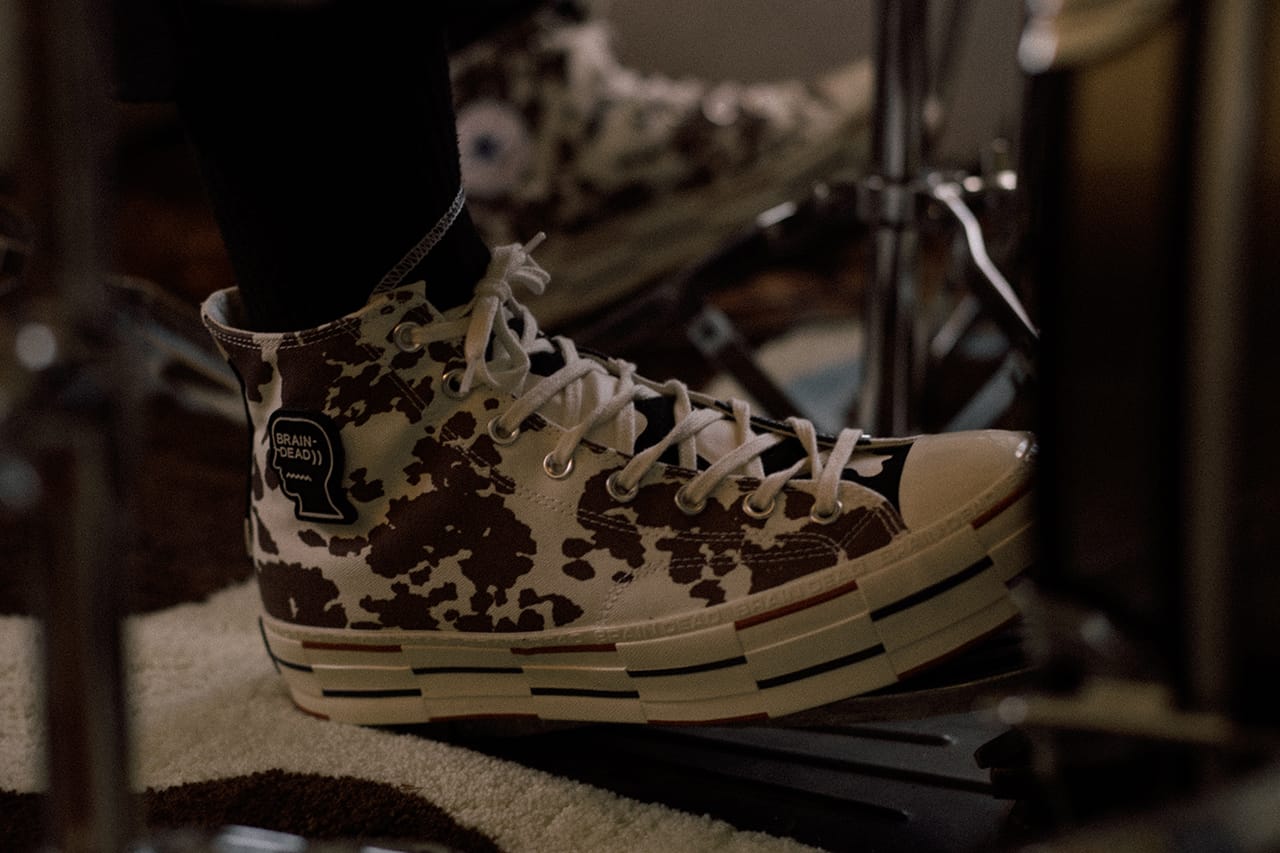 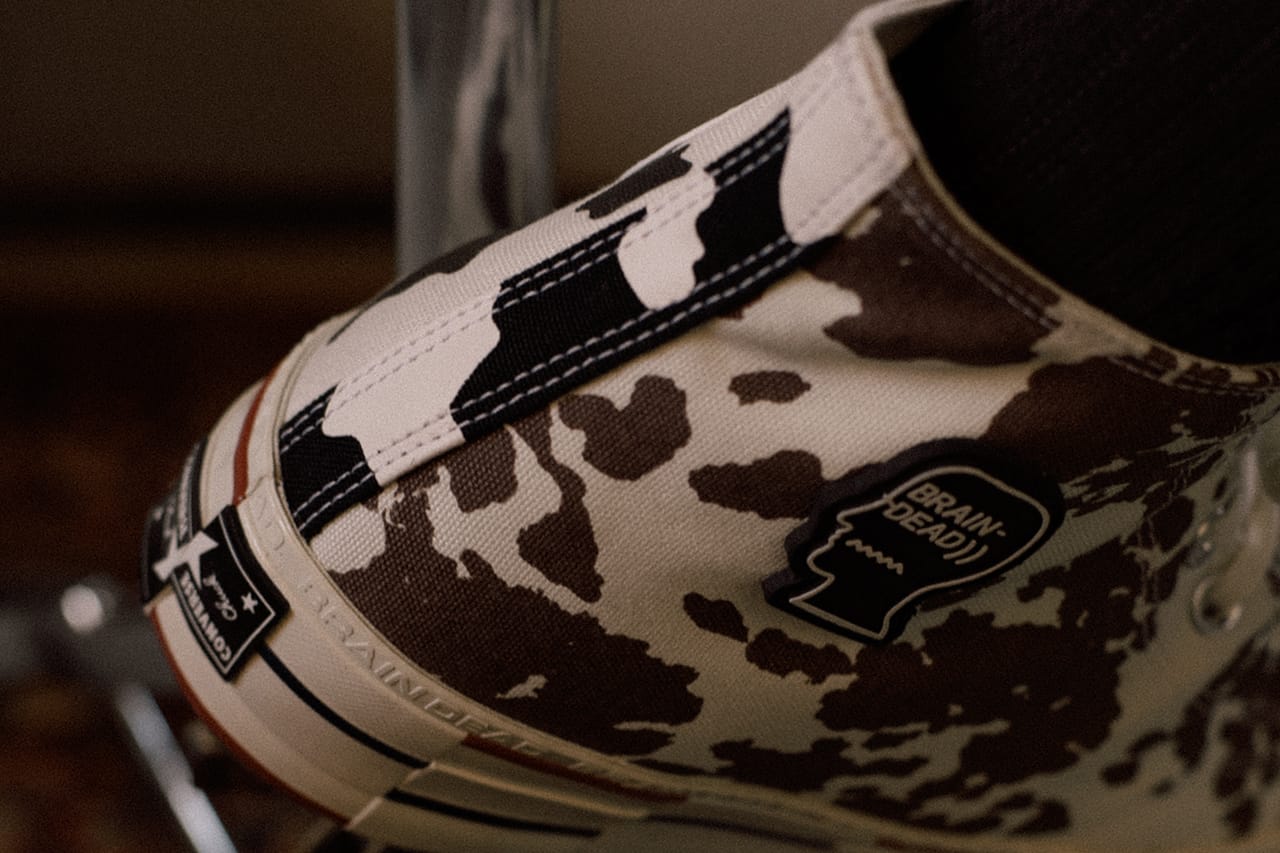 Switching up the collaborative project is Brain Dead’s Converse Bosey Ox — a low top utility sneaker that combines a canvas upper with monomesh protection. The mesh sits on top of the cow print canvas upper and is contrasted by a set of green lace cables that anchor down the black rope laces.

The sole unit is finished in black and comes to a rounded cap on the toe, which further elevates the technical utility aesthetic. Brain Dead branding running around the foxing and on the tongue tab, as well as a white Converse chevron on the mid-panel, rounds out this pair.

Additionally, Brain Dead and Converse have released a Dover Street Market-exclusive Chuck 70. This rendition appears in a more classic make-up, sporting a black canvas upper alongside a black and egret-toned spliced midsole. As with all of the best Chuck 70s, the sneaker is finished with contrasting white stitching, a set of white laces, and a classic black license plate — however, it is split to keep with Brain Dead’s theme. Rounding out the DSM pair is the Brain Dead and Converse branding on the mid-panels, and the pair of branded insoles.1 of 7 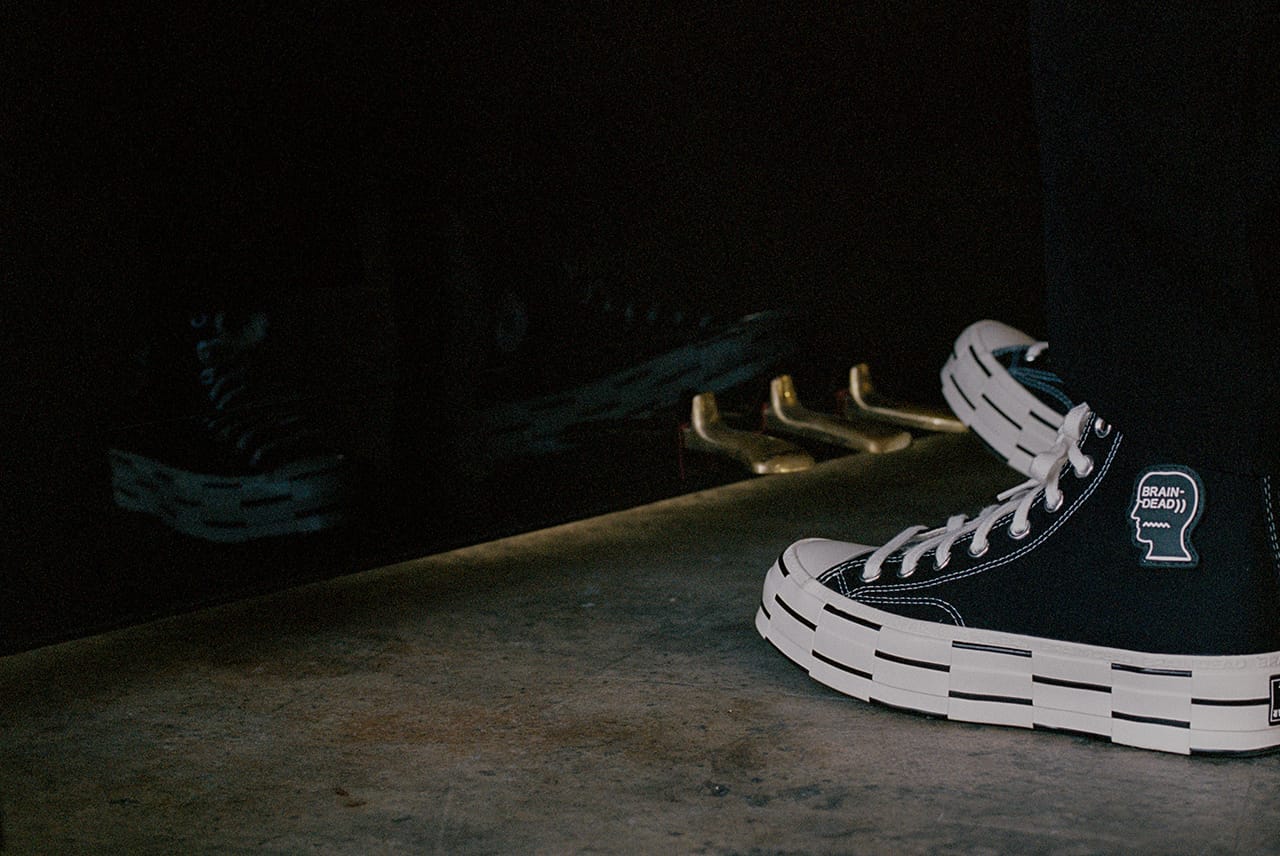 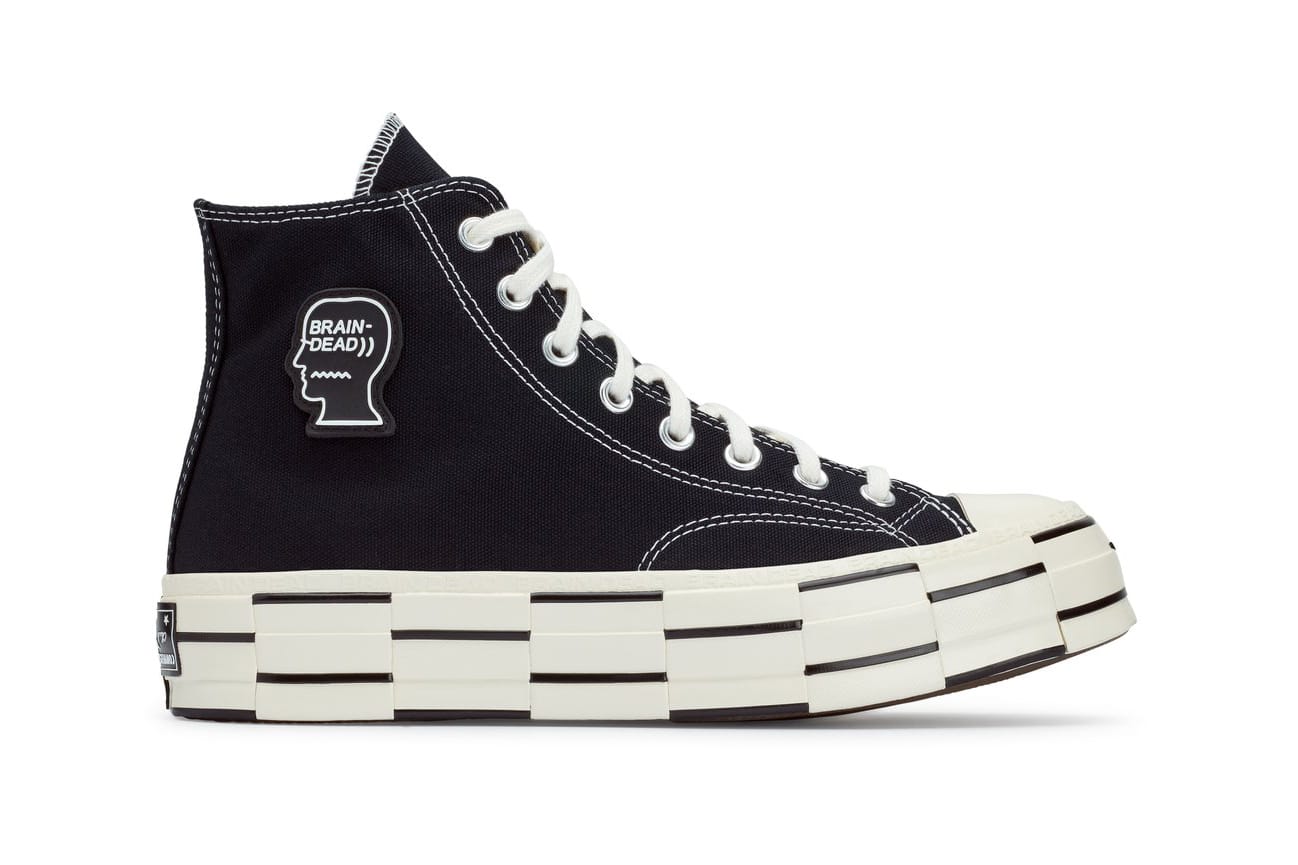 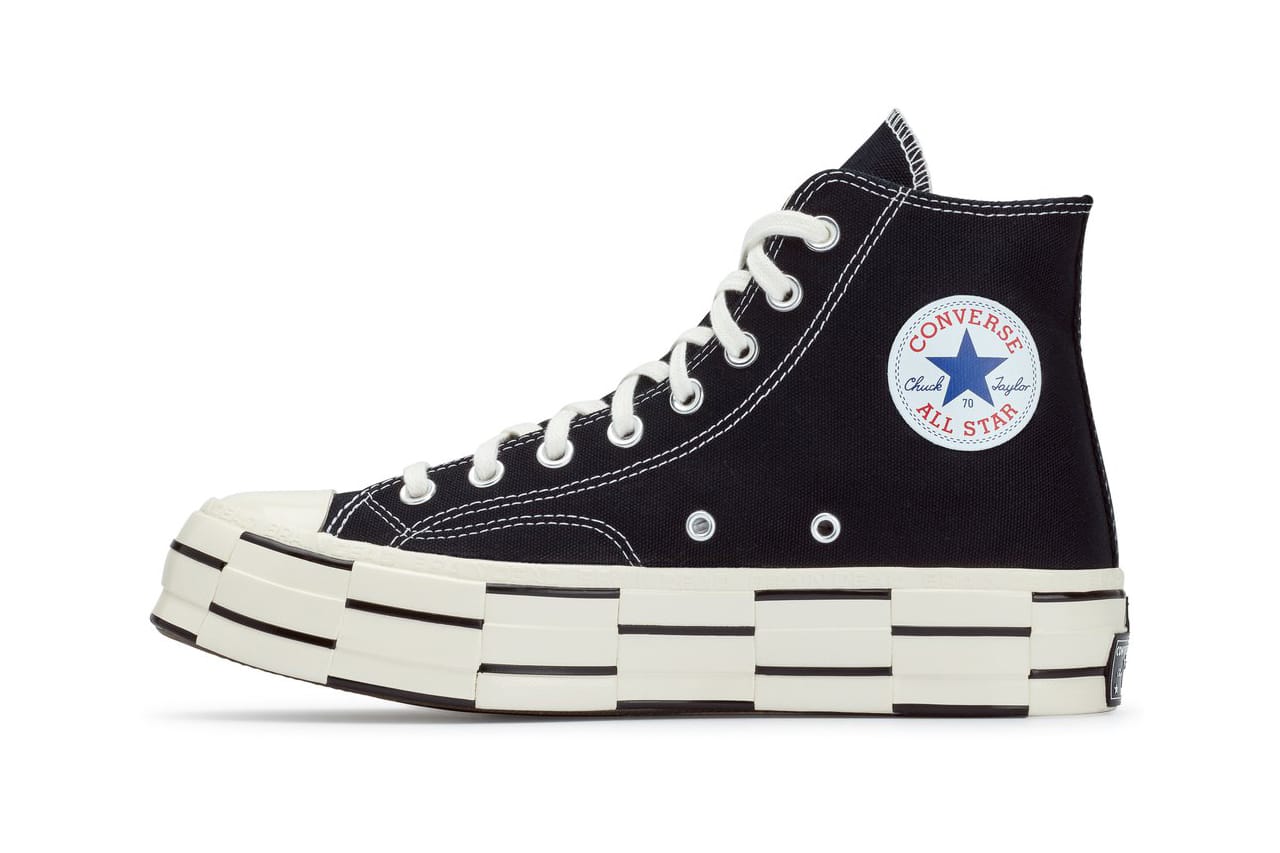 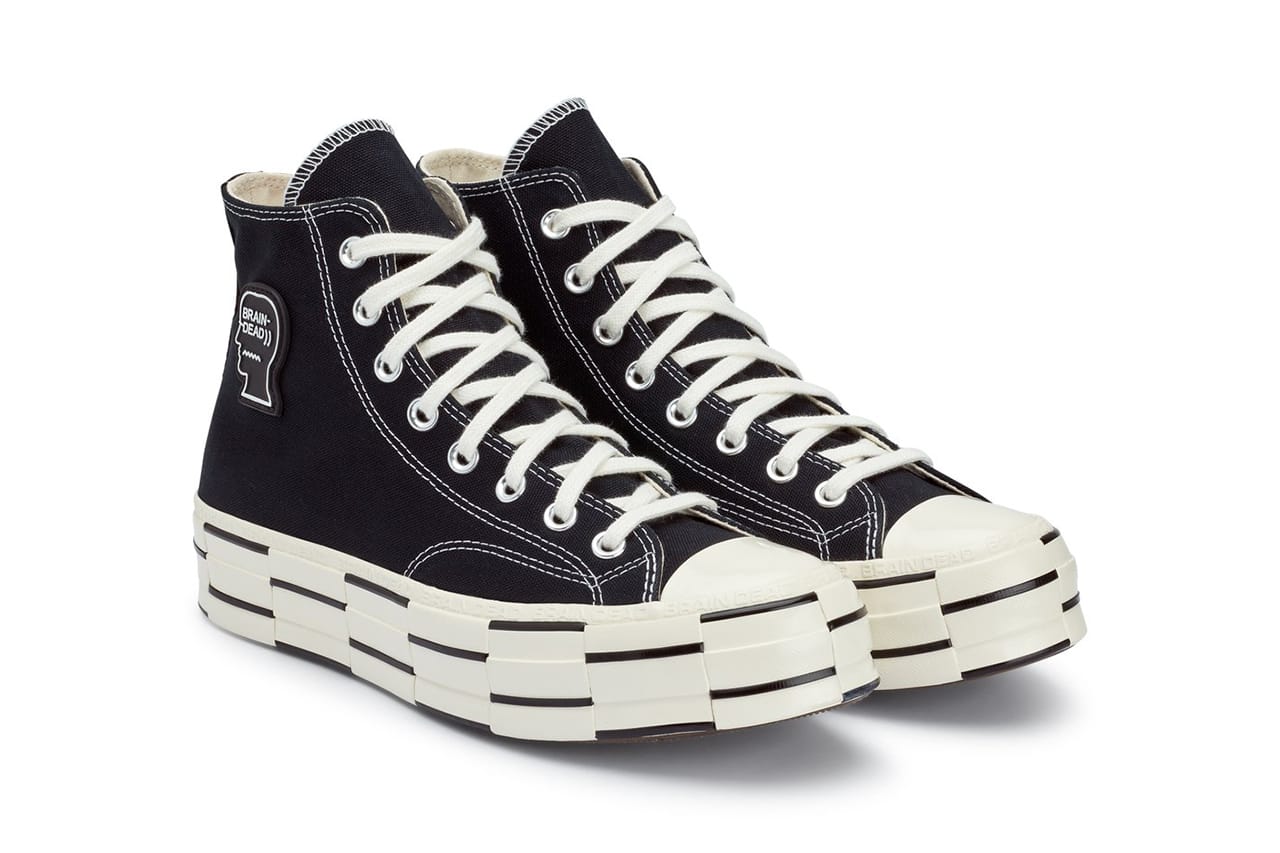 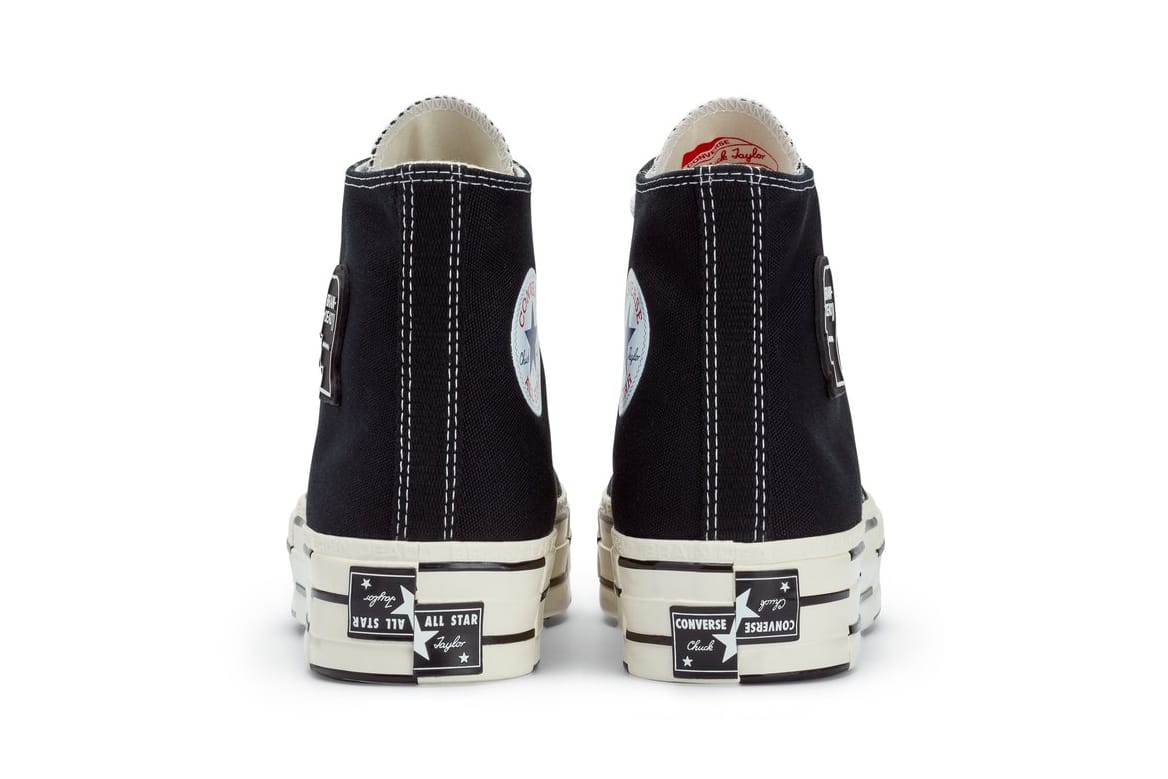 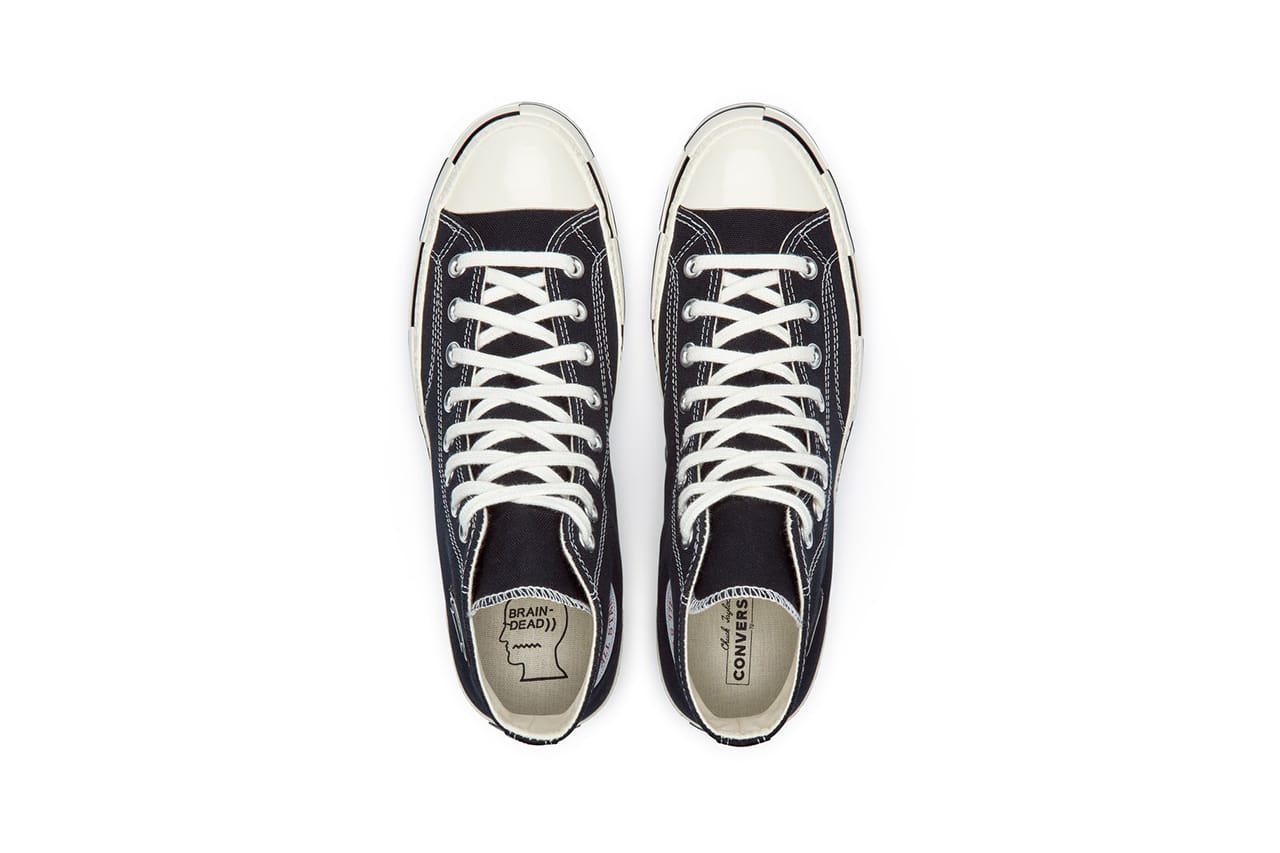 The Brain Dead x Converse Chuck 70 for Dover Street Market retails for £120 GBP (approx. $160 USD) and is available in limited-numbers now. Brain Dead’s Converse Chuck 70 and Bosey Ox collaboration will release at stockists such as HBX on November 19 at 10 p.m. HKT (9 a.m. EST). Take a closer look at the pairs above.

In other news, HYPEBEAST recently spoke with Vandy the Pink about the Reebok Beatnik for the latest issue of Sole Mates.
Source: Read Full Article