CALLING all fans of Kim Kardashian – you really can keep up with the reality star simply by heading to Argos.

The homeware store has hilariously recreated the mum-of-three's Vogue shoot, where Kim is posing in the kitchen with North, five, Saint, three, and Chicago, one. 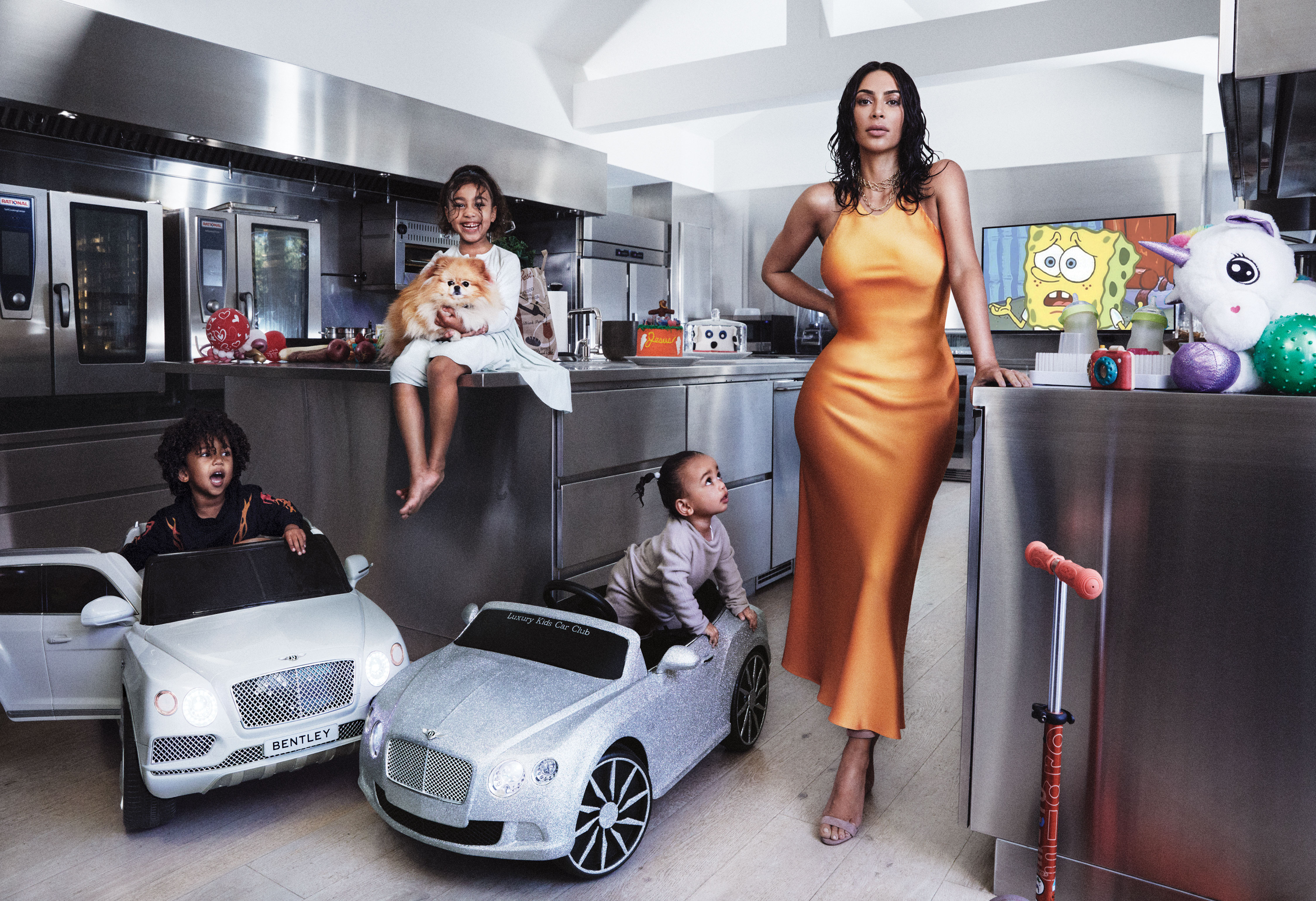 Surrounded by soft toys, children's cars, a scooter and a Pomeranian Sushi, the gadgets in the snap are thought to cost thousands – with the two cars worth more than £2,000 alone.

But if you want to copy the 38-year-old's millionaire lifestyle on a modest budget, Argos has got you covered.

Using a model and three lookalikes of Kim's kids, they perfectly replicated the family snap, with 'Kim' even posing for selfies.

The Kardashian wannabes posed up a storm in an Argos store, complete with ride-on vehicles, unicorn toys and a toy dog. 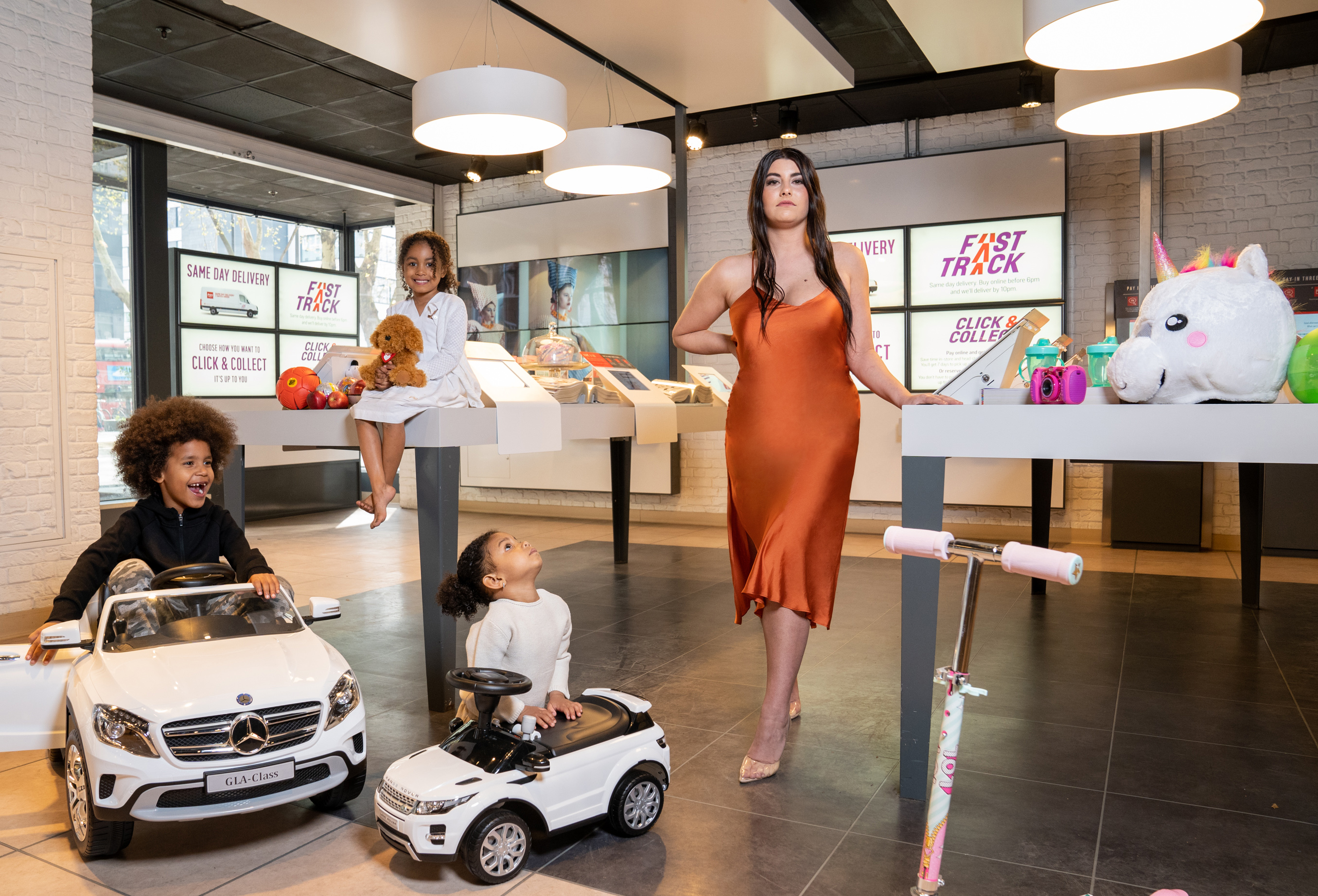 The retailer has claimed shoppers can save hundreds by opting for the high-street store's version of toys, with their cars costing £359.98 – 82 per cent cheaper than Kim's wheels.

An Argos spokesperson said: "In her interview with US Vogue, Kim revealed that she's studying law.

"But had she turned her powers of scrutiny to the Argos website, she'd know she could have picked up the goods at Argos for a fraction of the price the next time she was in the UK. 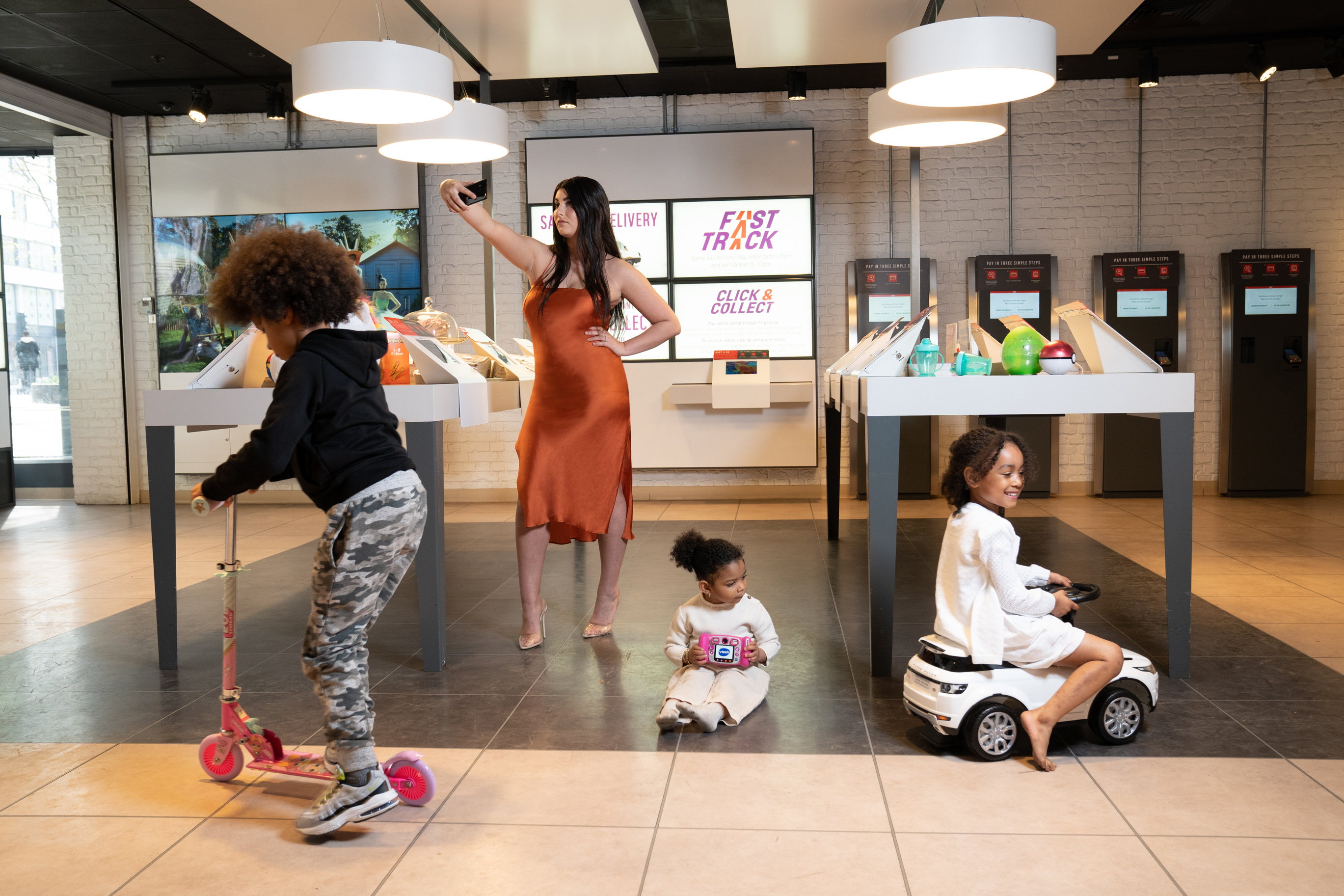 "Our ride-on vehicles are incredibly popular with families across Britain, with kids looking to emulate mum and dad by getting behind the wheel.

"We loved Kim's pictures with her family so much that we couldn't help having a 'Condé Blast' recreating them on a much more affordable budget.

"We hope Kim and Kanye see the funny side." 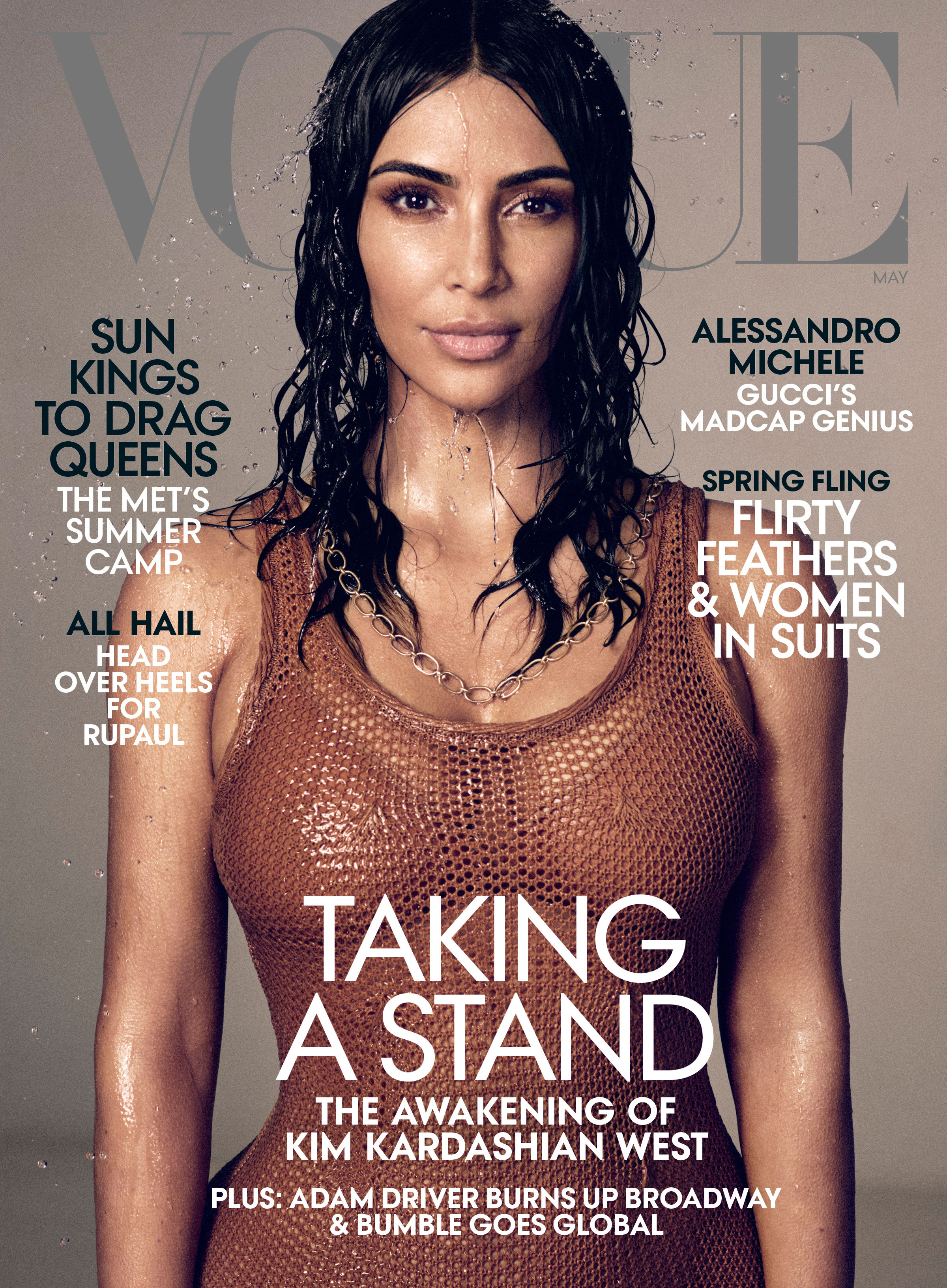 If you want to copy more of Kim's style, you can now rent the tiny Chanel bikini she loves.

It seems Meghan Markle is already taking style tips, with the Duchess copying a number of Kim's maternity looks.

And this mum tried to recreate Kim's revealing dress with hilarious results.