THE last time we got well and truly wrapped up in an internet debate, it was 2016 and we were all collectively losing our minds over the colour of a dress.

In that instance, there was a perfectly reasonable scientific explanation as to why some people thought the frock was black and blue while others saw gold. 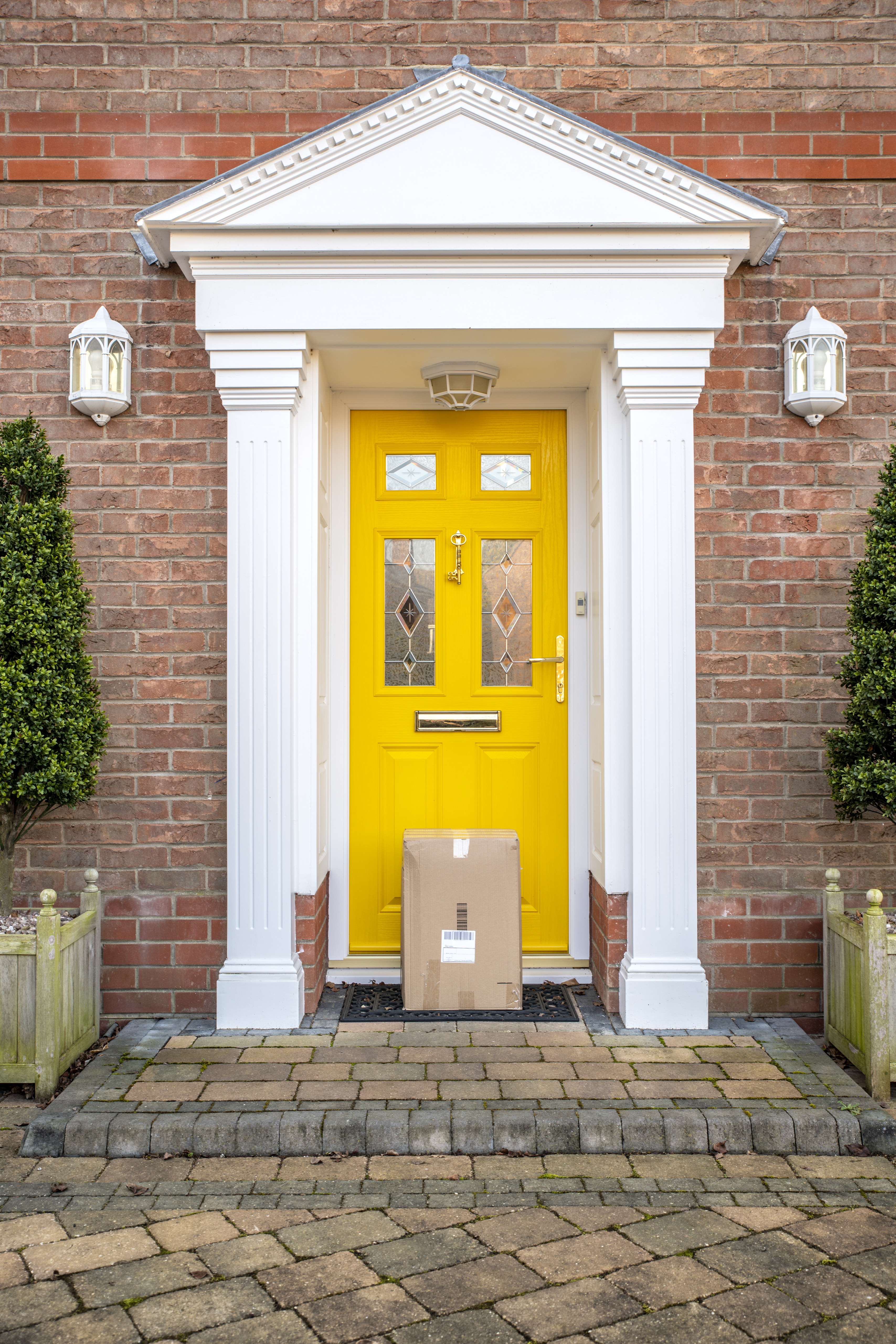 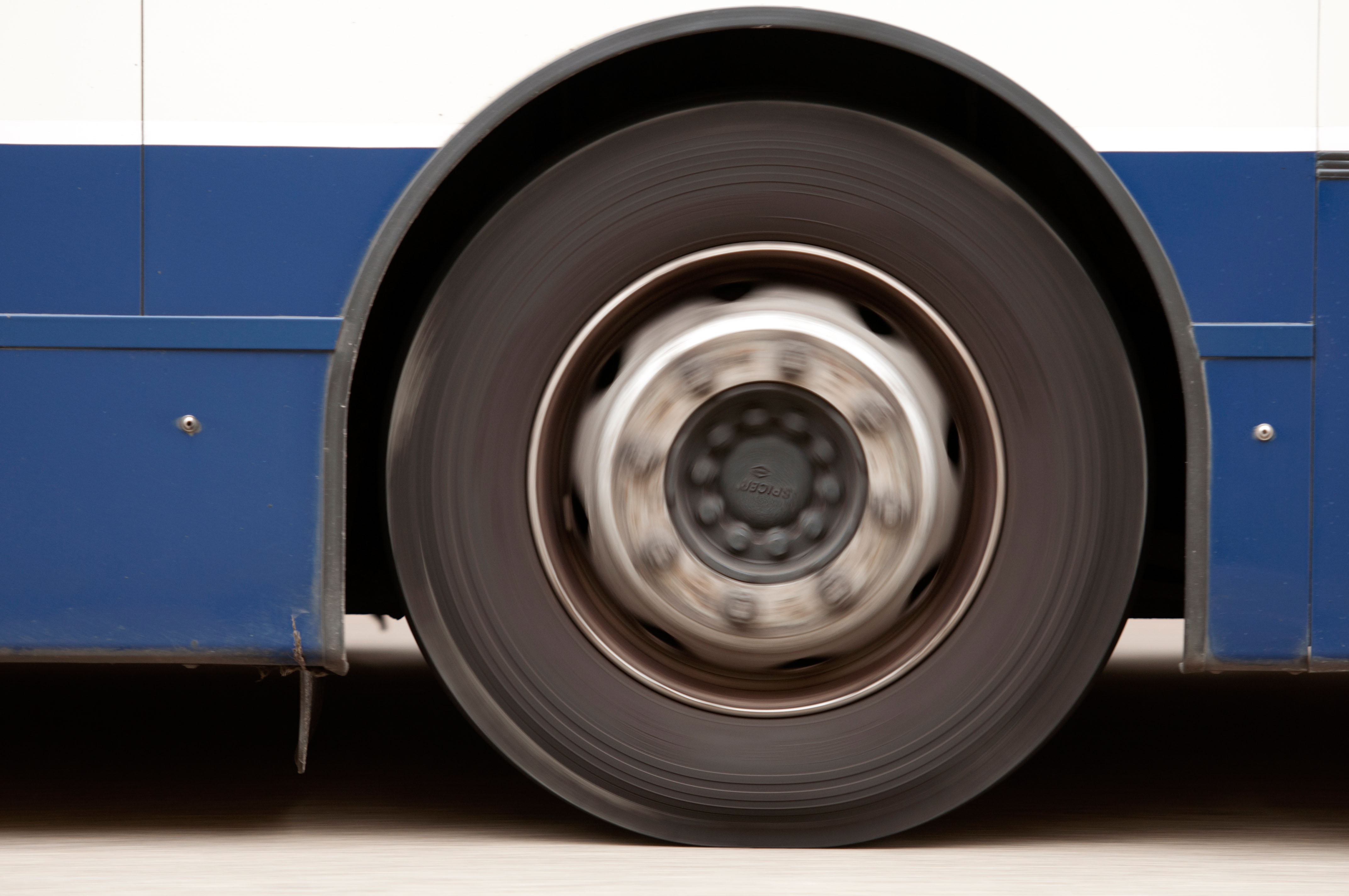 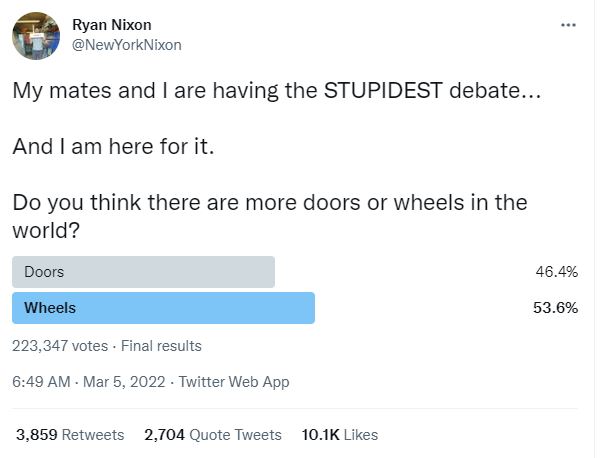 However, the same can't be said for the latest debate which has got the internet in a chokehold.

And the more we think about it, the more it melts out brains.

Earlier this week, Twitter user Ryan Nixon asked his 2,000 followers to settle an argument for him.

Inviting people to pick a side, he wrote: "My mates and I are having the STUPIDEST debate… and I am here for it.

"Do you think there are more doors or wheels in the world?"

In just 24 hours, the poll amassed over 223k responses – and 53.6 per cent of people believed that the "correct" answer was wheels.

Stars are unrecognisable in 90s wedding snap – can YOU tell who they are?

Unsurprisingly, it didn't take long for the debate to spill over to TikTok too.

TikToker Kate wrote: "I was an avid believer that there were more doors than wheels because there are so many skyscrapers and hotels.

"BUT there's probably a chair in each of those rooms with four wheels […] and what about how many drawers there are? DRAWERS HAVE TINY WHEELS."

Meanwhile, another added: "I was fully team wheels until my flatmate brought up advent calendars…"

Confusing matters further, a third said: "People forget that office chairs have like five wheels and there is probably double the amount of chairs compared to doors in an office building."

Sadly, this one debate that's impossible to settle – but which side do YOU fall on?

For more viral stories, this woman found out her husband was cheating when he sent a selfie before his night out – he should’ve tidied up before.

And what do YOU hear people chanting in this bonkers audio illusion that’s left people baffled?

Plus this woman sparked debate by asking whether you should put your toaster away after each use & it’s got people VERY heated.