RETURNING to your car to find a random note isn't entirely unheard of.

But what one person thought was a kind remark made about their parking skills ended up being pretty savage. 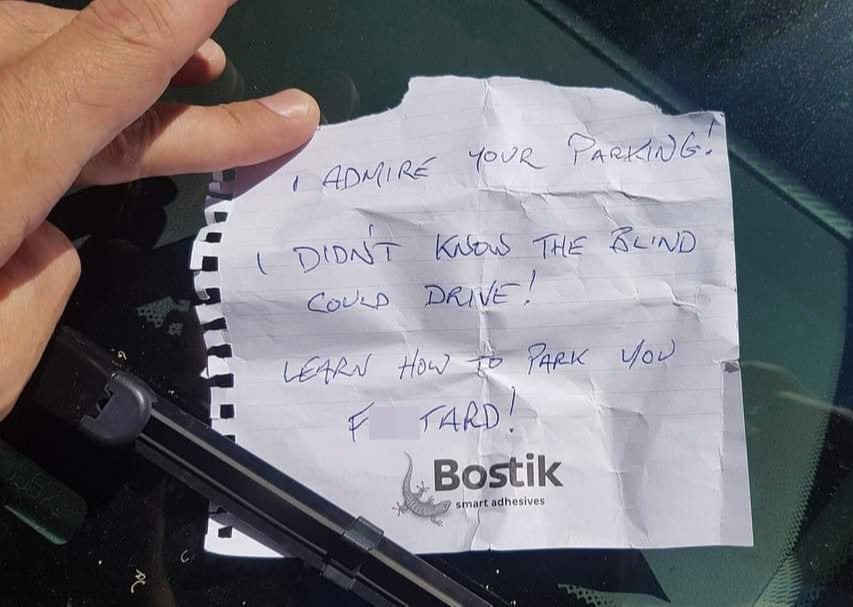 The driver was surprised to see the piece of paper pinned to their car by a passer-by who was simply “admiring their parking”.

But as the note continued, things took a more sinister turn.

The note continued sarcastically: “I didn’t know the blind could drive! Learn how to drive you f******d.”

A snap of the note was posted anonymously to Reddit and quickly garnered thousands of comments.

Started off nice but got progressively meaner lmao.

The caption read: "Parking in Australia."

Many found the brutal note hilarious, suggesting the line is from the “passive aggressive playbook”.

One Redditor laughed: “Ah the note I’ve always wanted to write but never had the balls to do so.”

Another said: “Frankly I’m getting some mixed messages from that note.”

A third quipped sarcastically: “But if he’s blind he can’t read that note.”

Another commented: “Started off nice but got progressively meaner lmao.”

Elsewhere, mum gets ultimate passive aggressive parking note… which is even left stuck to her windscreen in a yellow fine bag.

In other news, this mum was left outraged when she was called "stupid" by an Amazon delivery driver.

And this mum who was redecorating her home found a "funny tip" hidden behind the wallpaper.