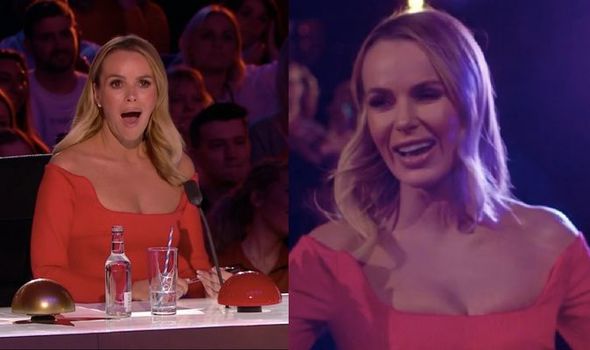 Amanda Holden looked stunning as a usual during during the episode. She wore a red dress with off the sleeves details.

Her blonde hair was smooth and shoulder length, and her make-up impeccable.

The dress was tight, and showed off the mum-of-two’s amazing figure.

What is Amanda Holden worth?

Amanda Holden’s net worth is £2 million, according to Spears.

She has had a varied career, with her first TV appearance being on Blind Date in 1991. 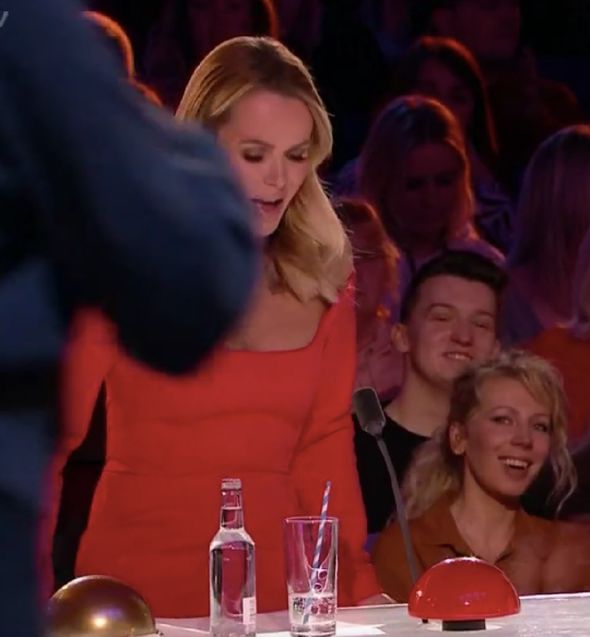 She starred in ITV’s Wild at Heart, before appearing many other British TV programmes.

However, she is mainly known for appearing on TV as a presenter.

She works on Britain’s Got Talent and sometimes appears on This Morning.

What age is Amanda Holden?

Who is Amanda Holden’s husband?

Alesha’s look was a street style and lingerie inspired look. She wore a cropped bra top, with gold studs on it.

The low cut look was accessorised with a dangling gem on her chest.

Alesha wore a lot a gold jewellery, including a large cuff and a ring, and she accessorised with a headscarf.

Britain’s Got Talent will continue tonight with episode three of series 14.