Alber Elbaz once said, “The nature of fashion is family.” And last night in Paris, 45 international fashion brands, including Louis Vuitton, Giorgio Armani, Alexander McQueen, Comme des Garçons, and Ralph Lauren, came together to present a Love Brings Love tribute show for the former Lanvin creative director, AZ Factory founder, and all-around nicest man in fashion, who tragically passed away from COVID-19 in April at age 59. 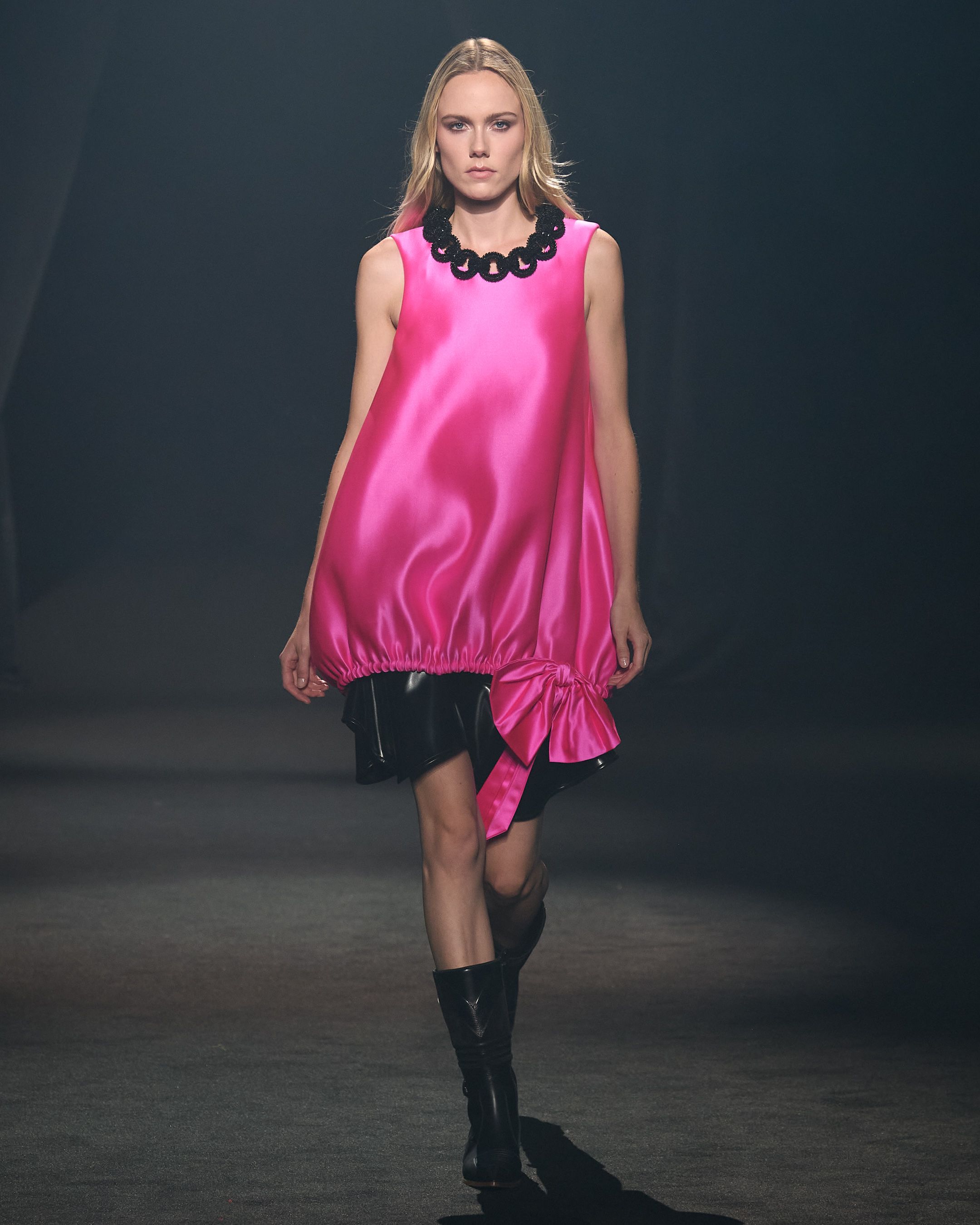 The runway spectacular at the Carreau du Temple marketplace in the Marais featured 45 looks designed by peers, colleagues, and collaborators who the Moroccan-born Israeli designer met along his fashion journey, followed by 25 looks fashioned by the AZ Factory design team. the roster included everyone from Olivier Rousteing and Riccardo Tisci to Rick Owens and Daniel Lee—seated among other friends and fashion family, like Naomi Campbell, Brigitte Macron, and Demi Moore. 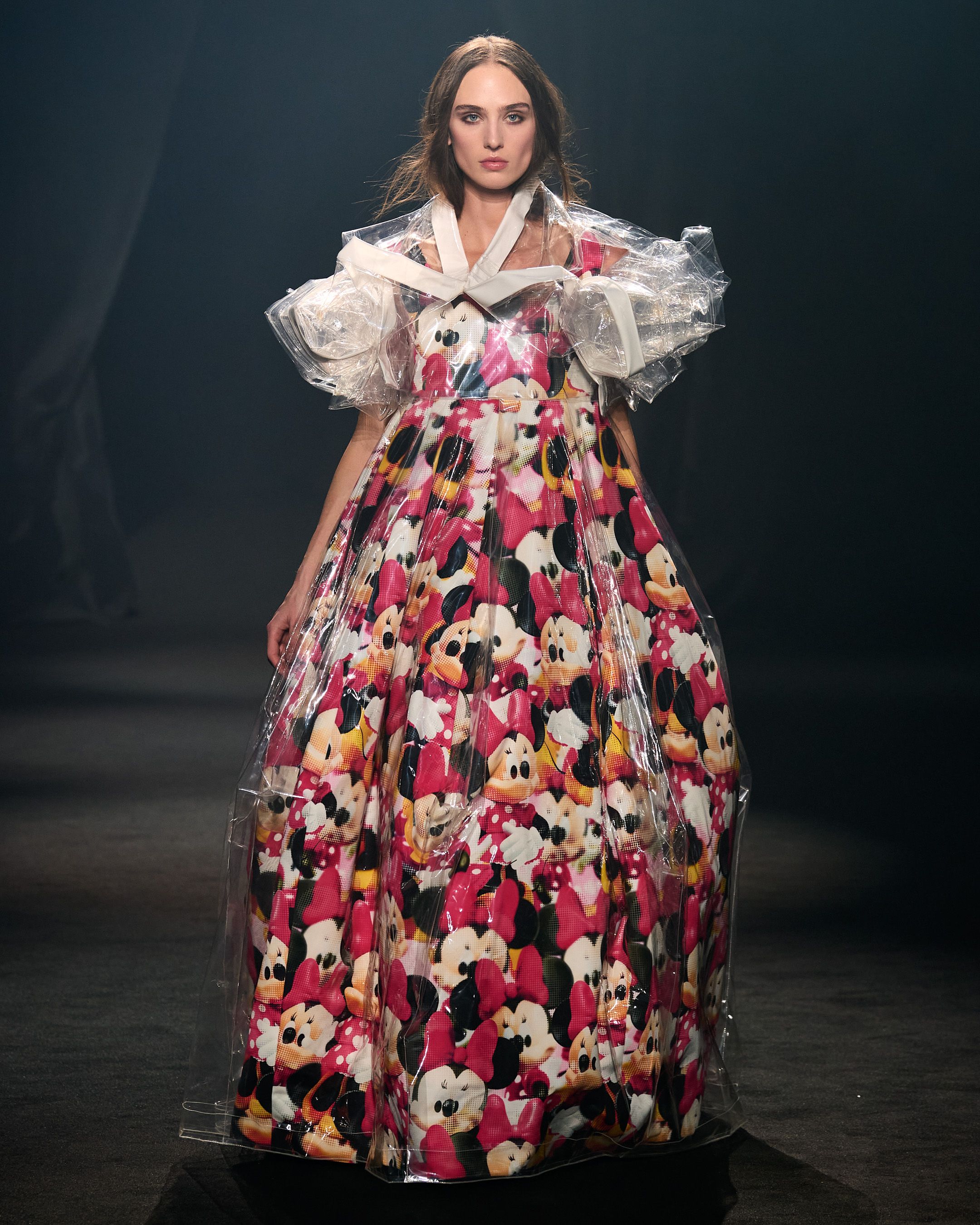 “He cared for people like an obsessive parent,” Elbaz’s partner, Alex Koo, recalled in a moving eulogy that opened the show. “He loved his friends like his own brother and sisters. He made us laugh, he made us cry, and he made us dream. But most of all, he touched the hearts of everyone he met with humor and with plenty of generosity. He made us just want to reach out and hug him.” 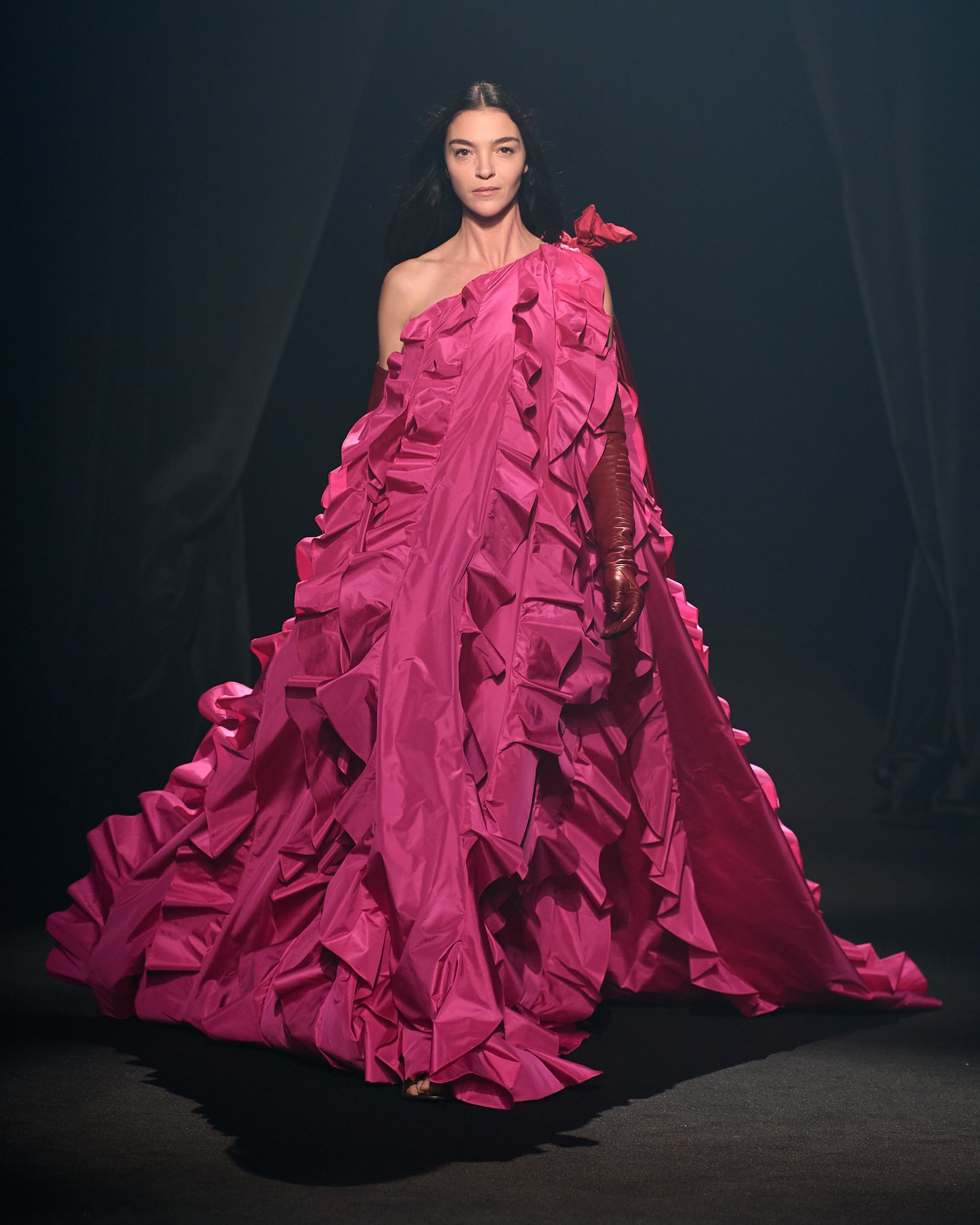 During his tenure at the French maison Lanvin from 2001 to 2015, Elbaz showed that he understood better than anyone the power of a beautifully cut dress to make us feel happy. It was this same sense of emotional uplift he hoped to share with a broader audience through his new Richemont-backed knitwear line, AZ Factory, launched in January. Designers channeled this joyful energy in their homages, including a color-blocked cape dress by Christopher John Rogers and a fuchsia gown with cascading ruffles by Valentino’s Pierpaolo Piccioli. 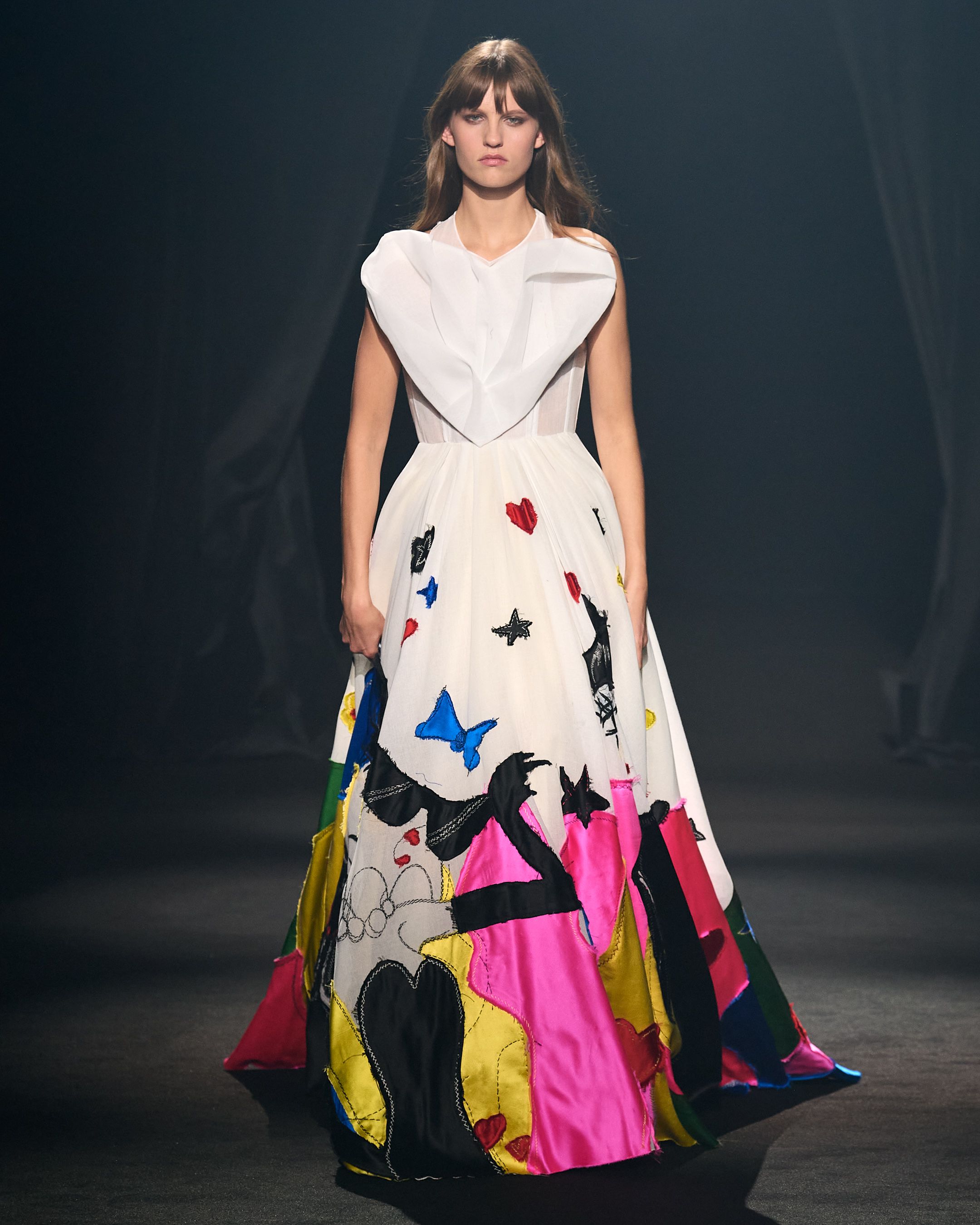 Hearts were also a prominent theme. They nodded to the show’s title and were a motif Elbaz frequently included in his sketches. Alaïa’s Pieter Mulier and Gucci’s Alessandro Michele both used heart-shaped pasties, and Jean Paul Gaultier covered a strapless minidress in Cupid’s arrows. Viktor & Rolf brought back a fall 2020 couture robe dress heavy on the heart motifs, while Dior’s Maria Grazia Chiuri remade the tulle red heart finale gown from her fall 2021 show with a white bodice and colorful skirt covered in Elbaz’s drawings. 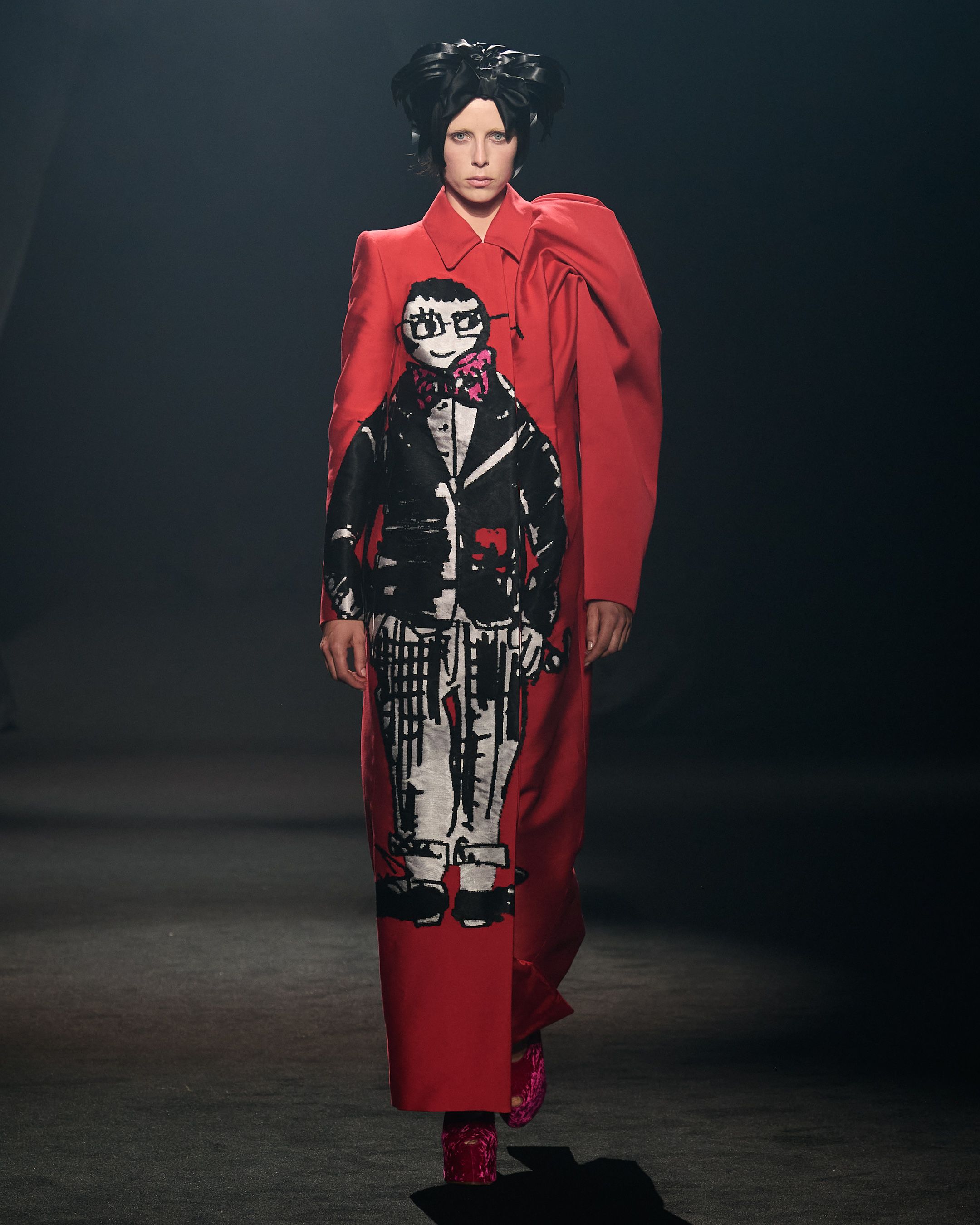 And several tuxedo-inspired looks—including a Saint Laurent shorts suit worn with a pink bow tie, a Rosie Assoulin trompe l’oeil tuxedo dress with Elbaz’s signature glasses covering the bodice, and an architectural Dries Van Noten shirtdress with a screen print of one of his self-portraits—recalled the unofficial personal uniform of the designer who always wanted fashion to be an inclusive party.