Designer Patricia Voto has a theory about fashion in the Amazon age. “I think we’ve lost the beauty of dressing ourselves in a lot of ways,” she tells BAZAAR.com.

Voto doesn’t mean the shift toward sweatpants and all-knit-everything caused by the COVID-19 pandemic. She’s referring to the relentless pace of online shopping overall, where “a bunch of boxes show up, you throw on some clothes, you return the things you don’t like,” she explains. An entire wardrobe may arrive at your door hours after clicking the purchase button, but those pieces aren’t tailored to your body or crafted with sustainable materials. You order clothing, likely recommended by an algorithm, without finding time to want it—let alone appreciate it. And then, you move on to the next item. Individuality? It’s in short supply.

So Voto, an alum of product teams at Altuzarra, Brock Collection, and Gabriela Hearst, decided to create a solution: One/Of, a sustainable luxury clothing label that is entirely made-to-order.

At One/Of, Voto focuses on custom-tailored separates like easy-fitting skirts and collarbone-skimming tops: pieces that can be worn now and years in the future. Nothing is put into production that wasn’t ordered from a client, often after multiple fittings in One/Of’s studio. “Every time that we make a garment, it has to be thought through, intentional, and we want it to fit our client perfectly,” Voto explains, “so we make it a little hard to buy in a lot of ways.” 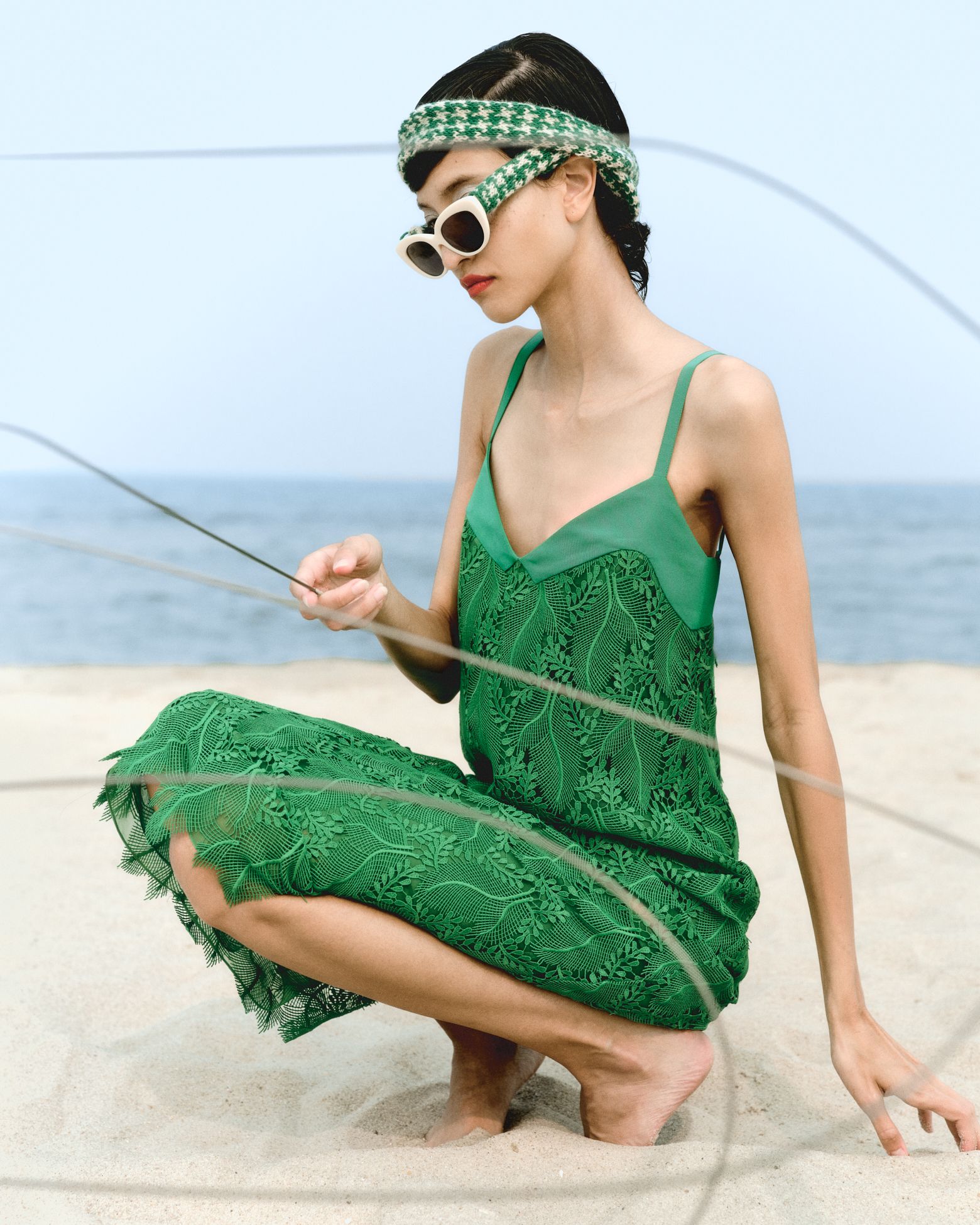 The fabrics are just as unique as the women they’re tailored for. One/Of uses only upcycled fabrics from mills Voto has worked with throughout her decade-plus career in fashion (some even come from the same mills behind LVMH’s biggest labels). “Fabrics are getting older, and sometimes that means people think they’re less desirable, but I find it to be the opposite,” she says. “It’s more interesting that they have a bit of a story and a history.”

One/Of formally opened for business last January; Voto is preparing to release her third capsule, an evening-oriented collection, in November. Because One/Of works with a finite amount of material, it doesn’t accept returns. Not that you’d ever need to take a garment back after undergoing a careful, made-to-measure process.

Even running out of fabric can lead to unique new pieces, Voto tells us. “When we sell out of a fabrication, we’re able to have a dialogue with our client to say, ‘Well, we know we can’t give you this, but we actually have enough of these other fabrics to make you the same coat. Would you like to do that?’ So it’s very different than that click-and-buy, and way more interactive,” she explains.

“The market is very saturated, and people are going to want things that are unique to them,” she continues. “Having the ability to make a tweak to a garment or get a garment that’s in an existing silhouette in their own fabric—I do think that that’s appealing for a lot of people.”

But the brand is taking steps to avoid any disappointment over sold-out fabrics: On One/Of’s new website, potential shoppers will be able to see exactly how much of a given fabric is available, as well as the story of how Voto discovered it. 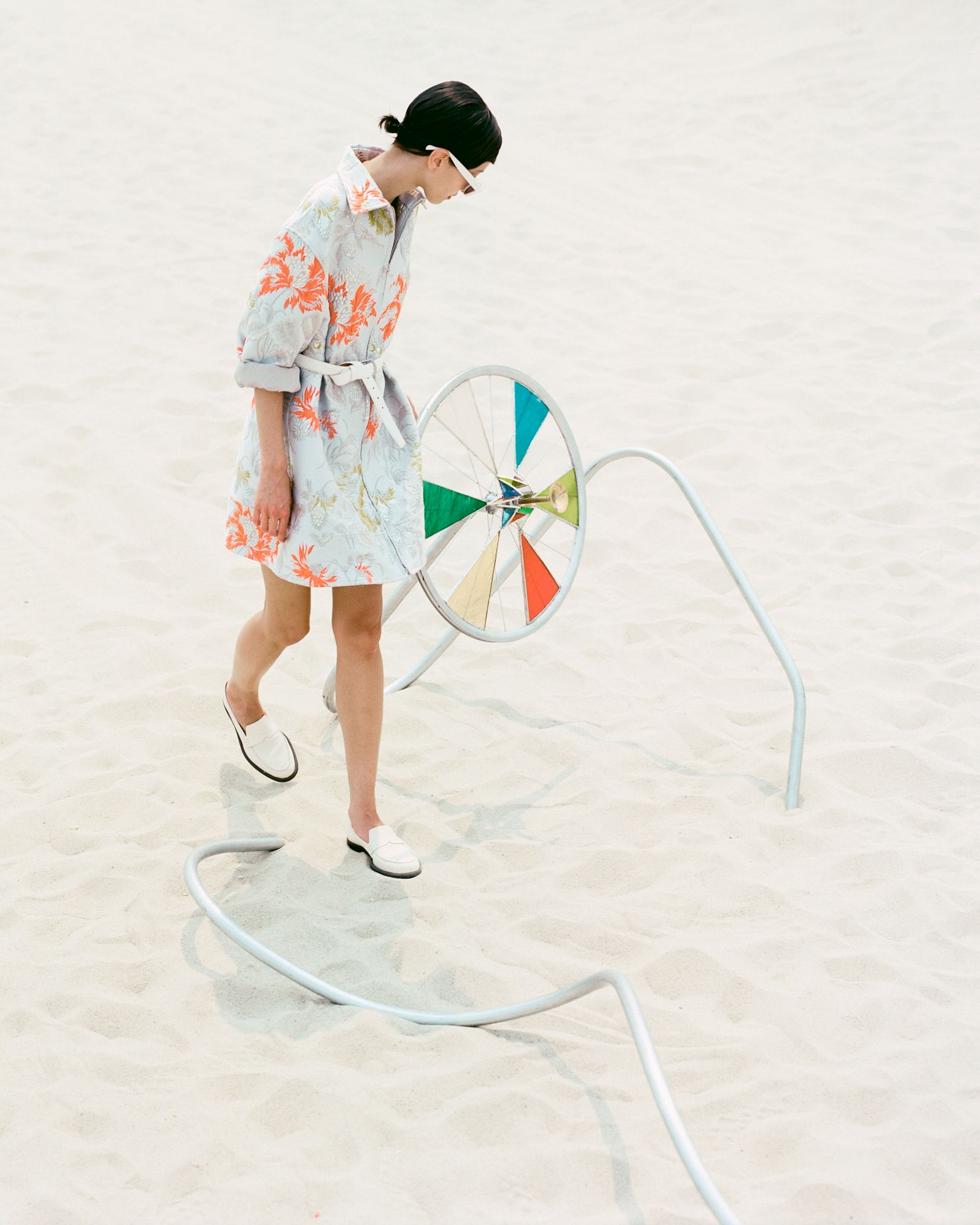 So far, One/Of’s clientele can’t be defined by a single psychographic or age group. Older women in creative fields have gravitated toward the bolder-patterned fabrics, Voto says, while entire families have stopped by the studio for more classic formalwear (a mother, daughter, and future sister-in-law recently stopped by searching for rehearsal dinner outfits). The desire for truly individual apparel is so universal, One/Of has even hit the red carpet: For the 2021 Met Gala, One/Of dressed singer Madison Beer in an Old Hollywood–inspired gown embellished with Swarovski crystals.

“It’s really nice to see that [the brand] goes across all ages in a lot of ways, and that’s because we’re doing a lot of classic silhouettes … mixing them in some classic patterns but also some bold and vibrant neons as well,” Voto says.

Despite growing buzz, Voto doesn’t plan on shifting away from her measured production model. She credits her restraint to “growing up” within other emerging brands. “I’ve seen a lot of different approaches of how to scale,” she explains, “and I think slow and steady has been the biggest lesson, and we’re definitely applying that here.”

It all comes back to the brand’s name. One-of-a-kind beauty can’t be rushed.