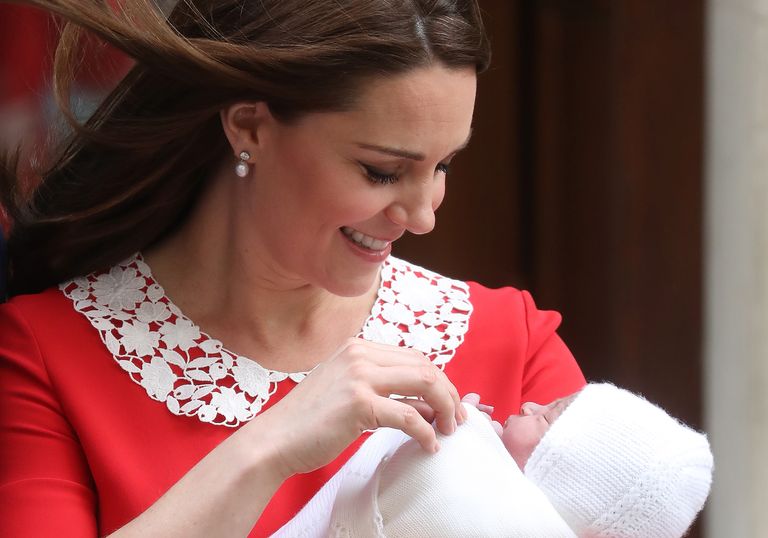 The Duke and Duchess of Cambridge have finally revealed that their newborn prince is named Louis Arthur Charles. But as regal as the moniker may sound, it left some royal fans across the pond questioning: How do you pronounce the baby’s first name?

Luckily, royal commentators and reporters from the UK cleared the air. It’s “loo-wee,” with a silent “s,” like Louis Vuitton or Louis Armstrong.

Louis means “famous in battle” or “famous warrior” and originates from Germany and France. Though most might associate the regal name with the French monarchy, the moniker has been running in the British royal family for generations, in more subtle ways.

The Duke and Duchess of Cambridge are delighted to announce that they have named their son Louis Arthur Charles. The baby will be known as His Royal Highness Prince Louis of Cambridge.

Although Louis wasn’t named after his great-grandfather Prince Philip like British betters had hoped, his name is still significant with the Duke of Edinburgh’s side of the family. There’s Louis Mountbatten, the last viceroy of India and Philip’s uncle, and Prince Louis of Battenberg, Philip’s grandfather, BBC reports.

We don’t know if we’ll be able to see a King Louis in our lifetime, since George and Charlotte’s future children will eventually bump the new royal down in succession, but one can imagine, right?