Will Smith proved that he’s following through on his promise to get in the ‘best shape of [his] life.’ The ‘Gemini Man’ star filmed a video in only his undies to give a three-week weight loss update!

The video proceeded to play a montage of videos showing Will pumping weights at the gym as he worked on multiple muscle groups, all to the tune of the viral TikTok remix to Busta Rhymes‘ song “Touch It.” Fans loved to see Will’s progress, celebrities included! “You got this,” Porsha Williams commented with an arm flexing emoji. Meanwhile, fans left comments like “From WILL SMITH to DID SMITH’ and “MY BOY WILL GETTIN RIPPED.” However, some fans were just blushing at the fact that Will stripped down to his underwear in the first place! “Is this an underwear ad cos I didn’t see nothing else,” one such fan commented.

Will Smith at the beginning of his fitness journey. [Instagram/@willsmith] 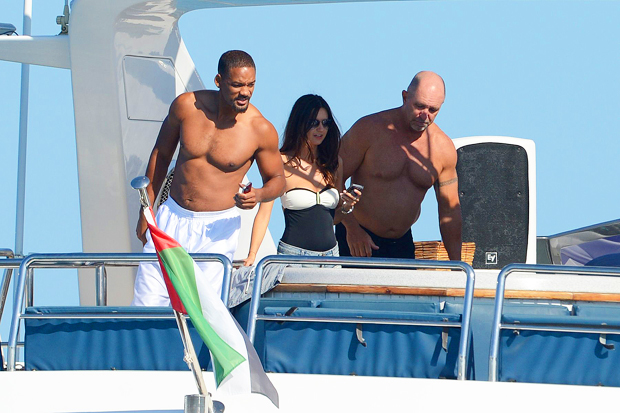