On Friday morning, to royal watchers’ delight, the Duke and Duchess of Sussex attended a service of thanksgiving for the Queen in honour of the monarch’s 70 years on the throne.

SEE: Meghan Markle is a vision in one-of-a-kind custom dress

However, they did not appear at a reception held after the event, although other members of the royal family did appear.

The Duchess of Cambridge, Duchess of Cornwall and Princesses Beatrice and Eugenie were in attendance, among others, but Meghan and Harry were not.

The reason is likely to be that since they stepped back from their roles as senior working members of the royal family in 2020, they have wanted to keep a low profile.

WATCH: Duke and Duchess of Sussex arrive at service for the Queen

They will no doubt also have been keen to return to their two children, Archie, three, and Lili, almost one, who travelled to the UK with them.

SEE: Prince Harry and Meghan Markle pictured with royal family for the first time since leaving UK as senior royals

It is believed that the family of four are staying at Frogmore Cottage, Harry and Meghan’s Windsor residence.

The Duchess of Cambridge arriving at the reception

The home was where the couple spent their final period as working royals before moving to Canada and then America, and it was recently reported that they extended the lease on a 12-month rolling arrangement. 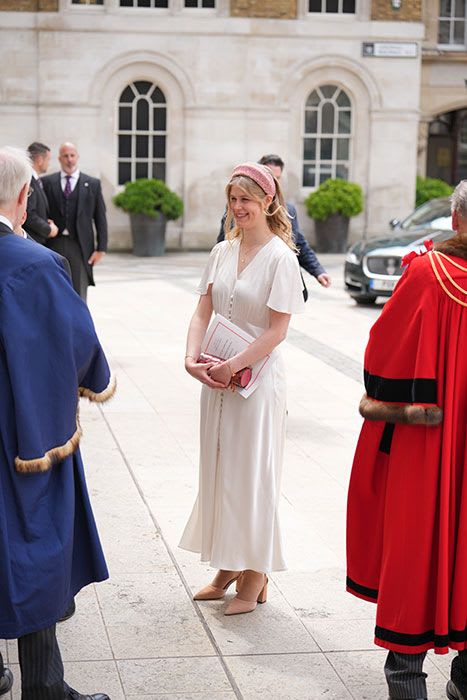 While the details of the Queen’s introduction to the pair’s daughter have not been made public, it is expected that they will find the time to meet up in private, perhaps on or ahead of Lilibet’s first birthday on Saturday.

Prince Charles and the Duchess of Cornwall were in good spirits

At Thursday’s Trooping the Colour, Harry and Meghan were spotted watching the flypast as they enjoyed the military spectacle from inside the Major General’s Office rather than on the Buckingham Palace balcony. 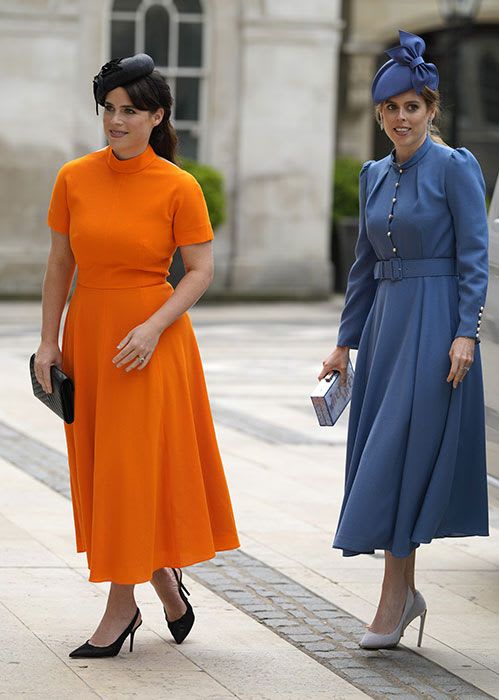 At one point, they could be seen playfully telling some the Queen’s great-grandchildren, including Isla Phillips and Lena Tindall, to be quiet as they enjoyed the parade. 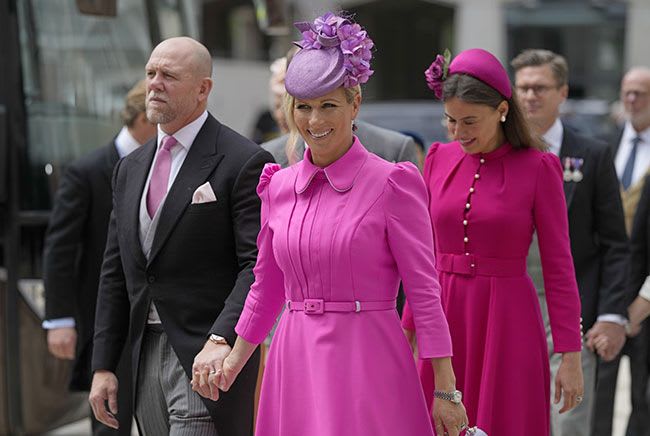 The Queen’s eldest granddaughter Zara Phillips was also in attendance

The Whitehall reception other royals attended on Friday saw them served a delicious spread, including smoked salmon blinis and duck breast, cod and chips, and of course, coronation chicken.