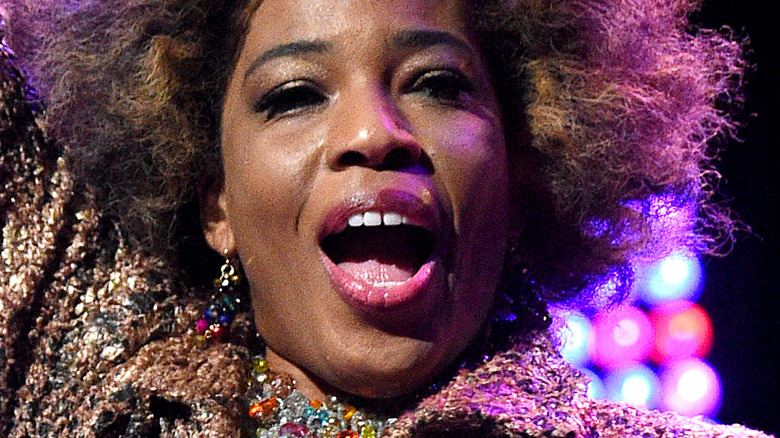 The American flag has been a symbol of freedom and national pride since 1777, but in light of recent events, Macy Gray is calling for a change. In a Juneteenth-timed op-ed for MarketWatch, the “I Try” singer declared that Old Glory “no longer represents ALL of us. It’s not fair to be forced to honor it. It’s time for a new flag.”

Gray recalled that during the January 6 insurrection on the Capitol, many protesters waved the American flag. This “hijacking” of the banner by the far right, she said, has made it as “tattered, dated, divisive and incorrect” as the Confederate flag. She also pointed out that the symbols on the flag need updating. The 50 stars are a stark reminder that Washington, D.C. and Puerto Rico aren’t yet part of the union, and the white stripes represent a “purity” that doesn’t exist. “America is great. It is beautiful. Pure, it ain’t,” she wrote. “It is broken and in pieces.”

Her vision for a new American flag would keep the red stripes (which stand for valor) and the blue square (vigilance and perseverance). But the other elements would get an upgrade that represents the diversity of the nation. “What if the stripes were OFF-white? What if there were 52 stars to include D.C. and Puerto Rico? What if the stars were the colors of ALL of us — your skin tone and mine — like the melanin scale?” she proposed. 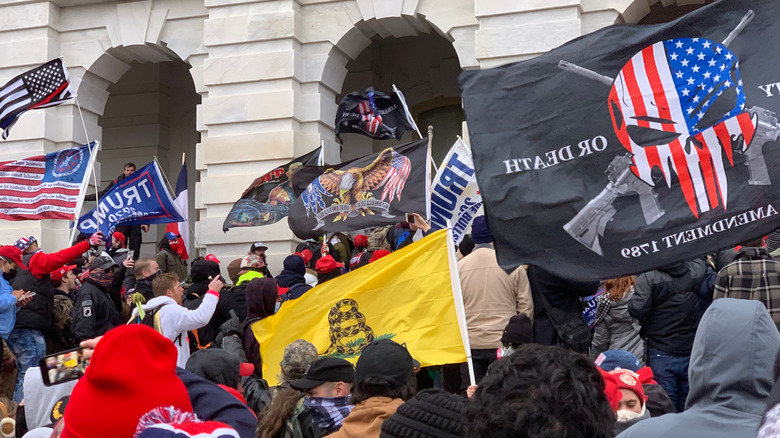 Unsurprisingly, Macy Gray’s column was met with jeers and venom from those who like the Stars and Stripes just the way it is. The “love it or leave it” trope was invoked countless times, including a tweet by Lauren Boebert: “There are 195 countries in the world. 194 of them don’t have the American flag. If @MacyGraysLife or anyone else hates the American flag so badly, they should pick a flag they like & go live in the country that flies it!” Other critics called Gray a “one-hit wonder” who was just looking for some publicity.

One counterargument held that the American flag’s design has actually been altered a number of times over the years as each state entered the union. The current pattern has only been around since 1960, the year after Hawaii became a state (via History, Art & Archives). There are also a number of unofficial design changes, such as the one featuring a blue stripe against a black-and-white flag.

This “blue lives matter” banner was among those carried by the Capitol protesters (via The Washington Post), an irony that didn’t go unnoticed on social media. One commenter tweeted: “So…we can redesign the American flag COUNTLESS times and cheer. We can also use that flag to beat a police officer within an inch of his life. We can wear that flag or insert a thin blue line in it too. But Macy Gray says a redesign is needed and heads implode?”