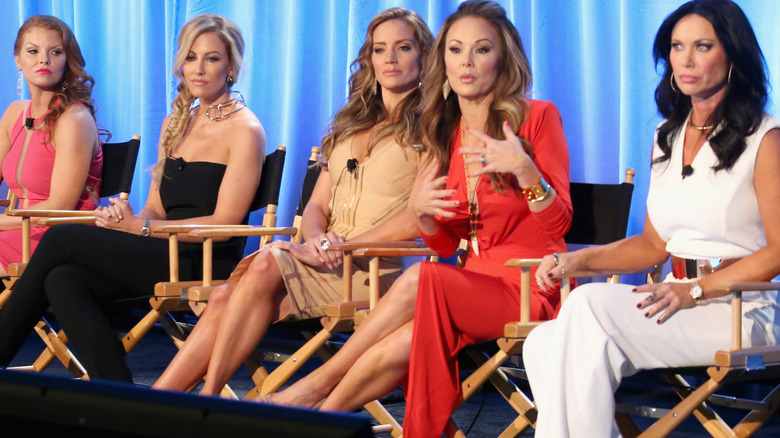 “The Real Housewives of Dallas” cast is known to live luxurious lives, but which of the Bravo reality series’ cast members is the wealthiest? Ahead of production on the upcoming sixth season (via Twitter), the Cinemaholic is breaking down each of the ladies’ net worths, as Slice explains how they’ve made their millions.

Starting at the bottom of the list of current cast members of the show, which began airing in 2016, are the series’ two newest additions: Kary Brittingham, who joined the cast in 2019 for Season 4, and Dr. Tiffany Moon, who joined the cast the following year for its fifth season. According to the reports, Brittingham, who makes a living off her jewelry line, Kamo by Kary, is worth $1.5 million, while Dr. Moon, who works as an associate professor of Anesthesiology and Pain Management at UT Southwestern Medical Center and probably earns around $241,000 per year (the average for an anesthesiologist in Texas), has a reported net worth of $2.5 million.

Next up is mother of four Brandi Redmond, who is said to be worth $4 million due to not only her fashion line, Brandi Lane, but also husband Bryan Redmond’s multi-million dollar real estate business, Suntext Ventures.

Stephanie Hollman is the richest housewife in the Dallas cast 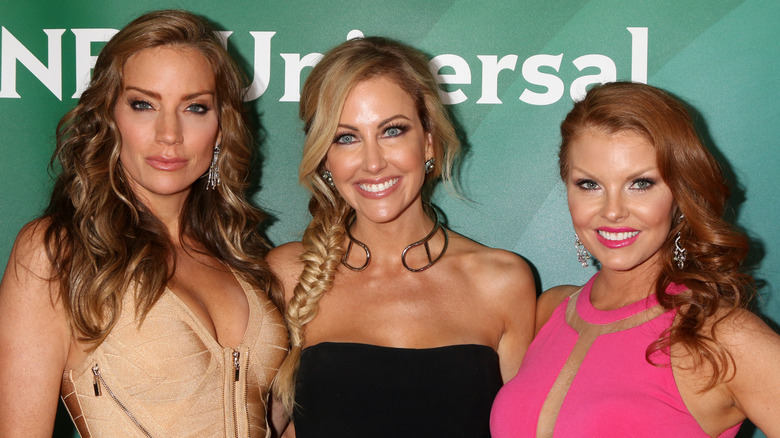 Now that we’ve shared the bottom three, let us tell you about the top three richest cast members of “The Real Housewives of Dallas,” according to Cinemaholic, starting with the third wealthiest, D’Andra Simmons. Although Slice revealed that Simmons’ family is quite wealthy, with an actual billionaire in their bloodline, Simmons — who joined the series during its second season — has around $4 million in personal cash and works at Ultimate Living, a million-dollar nutritional supplement company founded by her mother.

As for the second spot, that belongs to Kameron Westcott, who is said to be worth $4.5 million after marrying into a family dynasty by way of husband Court Westcott, who is a managing partner at his family’s business, investment fund Westcott LLC.

Stephanie Hollman — who, along with Redmond, is the only original cast member of “The Real Housewives of Dallas” remaining — ranks at No. 1 with an estimated $18 million net worth. As fans of “RHOD” may know, Hollman’s money comes from her husband Travis Hollman’s successful business, Hollman Lockers, which can be found in a number of the country’s top gyms, including L.A. Fitness, Equinox, and the YMCA.

No word yet on when the upcoming sixth season of “The Real Housewives of Dallas” will premiere on Bravo.