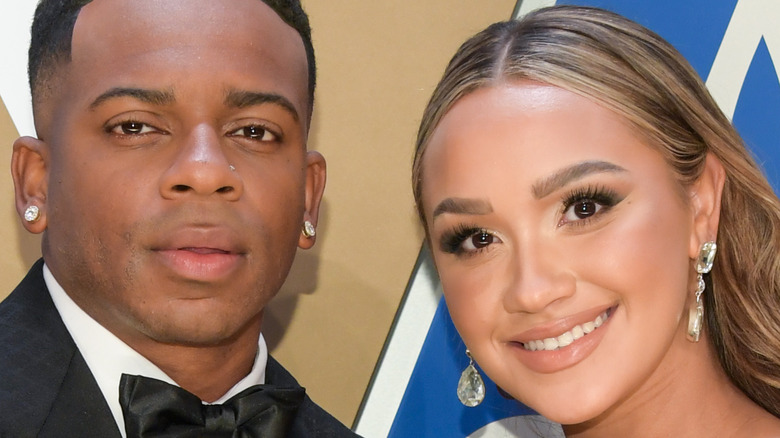 The relationship between rising country star Jimmie Allen and his forever partner Alexis Gale is nothing short of a fairy tale. According to Country Living, the pair initially met in 2019 through one of Allen’s family members. Immediately upon meeting, they felt like they’d known each other far longer, in part due to the fact that they both hail from Milton, Delaware. “With Alexis being from my hometown, it is like always having a piece of home with me. We had an immediate connection,” Allen told People.  Meeting the stunning nurse served as the moment his romantic lyrics became a reality (via Wide Open Country). “Her smile melts me, her pure heart challenges me to love better, the way she motivates and supports me is unlike anything I’ve ever seen, the way she loves me and my son is unlike anything I’ve ever experienced,” he told People. “It feels incredible to find the type of love I’ve been writing songs about all these years!”

After just a few months of dating, Allen solidified his fairy-tale love story by getting down on one knee in front of the Magic Kingdom castle at Disney World. Gale took to Instagram to celebrate the happy news along with her gorgeous engagement ring: “Does this really mean i get to grow old with you?! Yesterday, I said yes to forever. I am beyond words & lucky to be able to call this incredible man my fiancé.” Since then, their love has continued to grow — there’s even a tiny human (and another ring!) to show for it.

Alexis Gale and Jimmie Allen share a daughter together 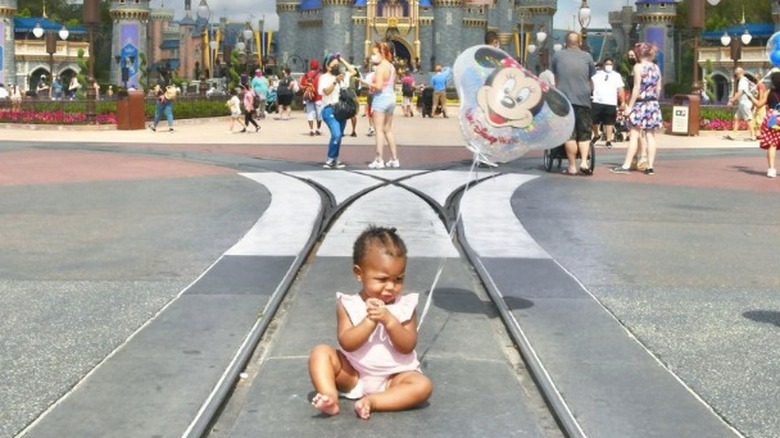 On March 1, 2020, Alexis Gale gave birth to her and Allen’s daughter, who they named Noami Bettie Allen. That day proved especially thrilling for Allen, as he also found out his song “Make Me Want To” hit number one on the country music charts, per Country Living. In true fashion, the couple headed to Disney to celebrate their daughter’s first birthday (via Instagram). Gale also helps raise Allen’s 7-year-old son, Aadyn, from a previous relationship (via Sounds Like Nashville).

Fast forward to now, and Allen is already having quite the year. He not only snagged the New Male Artist of the year award at the 2021 ACM Awards (being the first Black artist ever to do so) but is also about to jet off on tour with the country legend Brad Paisley (via Wide Open Country). However, 2021 also happened to be the year he and Gale finally made their way down the aisle. According to Sounds Like Nashville, the late-May wedding took place at the scenic Lake House Inn in Pennsylvania and was attended by fellow country stars Darius Rucker, Tyler Rich, and Chuck Wicks, among others. One thing is for certain: We can’t wait to hear all the heartfelt songs Jimmie Allen pens about his new bride!