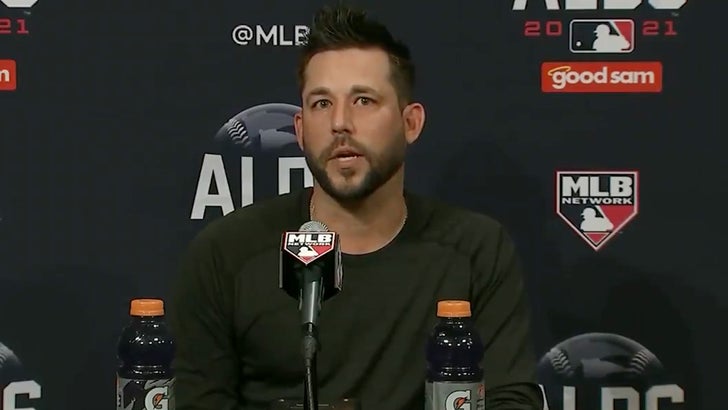 Tepera made the insinuation following the Sox’s first playoff victory over the ‘Stros … saying he can see a tangible difference in Houston’s offense at Minute Maid Park vs. away from it.

“It’s a different game here at our field,” Tepera said. “You play at Minute Maid, and they’re doing something over there that’s a little different.”

Tepera said the Astros’ swings and misses on pitches — they struck out 16 times on Sunday in Chicago vs. 16 total times in the first two games of the series in Houston — tell the whole story.

“I mean, it is what it is,” said Tepera, who threw two scoreless innings in the White Sox’s 12-6 win in Game 3 of the ALDS. “They’ve obviously had a reputation of doing some sketchy stuff over there. We can say that it’s a little bit of a difference.”

“I think you saw the swings and misses tonight compared to the first two games at Minute Maid.”

Of course, the Astros are no strangers to cheating allegations … they were found to have used an illegal sign-stealing system back in the 2017 and 2018 seasons that ultimately caused Houston to fire manager A.J. Hinch and general manager Jeff Luhnow.

The team has obviously insisted there’s been no cheating since … but Tepera certainly seems to believe otherwise.

Game 4 is slated to begin in just a few hours on Monday … anyone listening more intently for trash-can banging now?