Meghan Markle and Prince Harry will not be attending the Party At The Palace on Saturday night, confirmed a spokesperson for the couple

RELATED: Jubilee Party at the Palace LIVE – ALL the best photos so far

The Duke and Duchess of Sussex will be spending the evening privately instead, the spokesperson added. The couple, who are celebrating the first birthday of their daughter Lilibet, attended the jubilee service of thanksgiving in St Paul’s Cathedral, but opted to forgo the reception afterwards.

WATCH: Prince Charles blows the Duchess of Cambridge a kiss in touching moment

While the Queen will also be missing the concert following ‘discomfort’ on Wednesday, plenty of other royals are expected to be out in force.

MORE: Zara Tindall reveals how the Queen spent the Epsom Derby after she missed event

Attendees include the Prince of Wales, the Duchess of Cornwall and the Duke and Duchess of Cambridge, alongside the Earl and Countess of Wessex and their children Lady Louise Windsor and James Viscount Severn, the Princess Royal and Vice Admiral Sir Tim Laurence, Princess Beatrice and her husband Edoardo Mapelli Mozzi, and Princess Eugenie and her husband Jack Brooksbank.

Anne’s son Peter Phillips is expected to be joined by his children Savannah and Isla, while Zara and Mike Tindall, who spent the day at the Epsom Derby with Princess Anne and Sir Tim, will also be there. 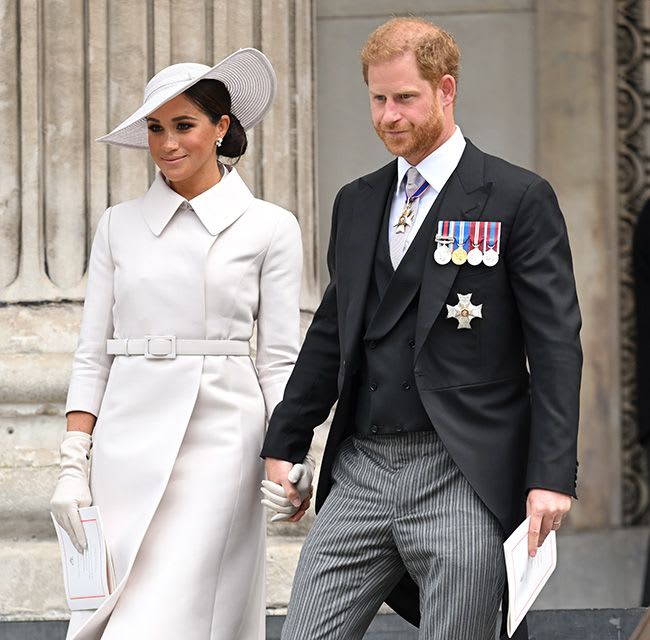 The concert sees artists including Diana Ross, Elton John and George Ezra take to the stage in honour of the Queen’s 70-year reign, with members of the public invited to join the festivities too.

Celebrate the Jubilee with HELLO! Shop our special products here.