Watership Down: Viewers BLAST show for its ‘awful’ CGI as they joke that BBC One’s £20 million budget should have gone towards the animation and NOT the cast

The original 1978 film adaptation left a generation of children traumatised because of its depiction of death, bloodshed, and disturbing imagery.

But fans were less impressed by the first part of BBC One’s adaptation of the story, because they couldn’t distract themselves from the ‘awful’ animation.

The episode, which aired on Saturday night, had left more to be desired according to viewers as they took to Twitter to vent about the graphics. 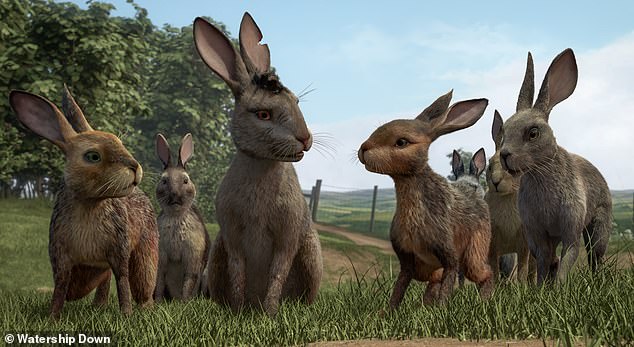 Watership Down: Viewers BLASTED show’s first episode, which aired on Saturday, for its ‘awful’ CGI as they joked that the £20 million budget should have gone to animation and NOT the cast

One viewer blasted: ‘WOOOWWWW I don’t often s*** on tv shows or films on this account but wtf is this #WatershipDown? It looks completely unfinished, godawful animation and sound effects straight from the stock foley bin. I might be watching a disaster.’

Another wrote: ‘So watched #WatershipDown and jeez was that a mistake!! Terrible animation…to the point that I struggled to tell the rabbits apart! So sad that a film that had such a huge impact on me as a child has been reduced to that. #sticktotheoriginal’

While one user added: ‘Awful animation in tonight’s #WatershipDown on @BBCOne. Looked like early 2000 PC graphics. Shame as the cast, music and general direction are all top notch.’

One user joked about how more of the show’s £20 million budget should have been used on the graphics, as they wrote: ‘Top tip, spend money on the animation next time, not the cast.’

Unhappy: The episode, which aired on Saturday night, had left more to be desired according to viewers and they took to Twitter to vent about the graphics

The 1978 film is renowned for its disturbing imagery, with many children thinking it was a cartoon about fluffy bunnies only to watch harrowing images of injured and dying rabbits.

While in the 1972 novel written by Richard Adams the threat of death looms large for the animals, with snares, poisoning and violence amongst the rabbits themselves.

The story follows a key clan of rabbits who embark on an epic quest to find a new home, and also includes a black rabbit that acts as a ‘grim reaper’ for the characters. 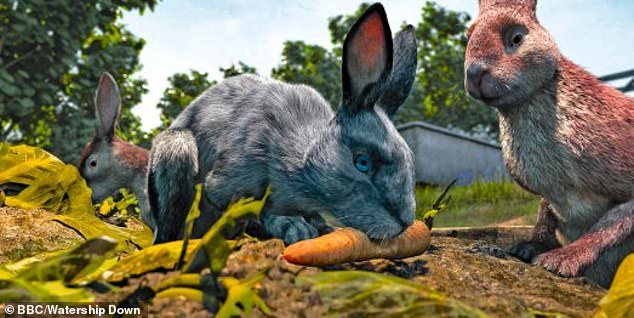 Adams died aged 96 in 2016 and daughters Juliet, 60, and Rosamond, 58, who encouraged their father to write when they were children, look after his legacy.

Speaking about their father’s opinions on death in Radio Times Christmas edition, his eldest daughter said: ‘Daddy didn’t like the way people babied, and pandered to, and “icky-ised” children, lying to them about death and so on.

‘He was very explicit about that, and I think he was right. I mean, why lie to kids? We’re destroying the environment and endangering all the animals – I think it would be strange to ignore that.’ 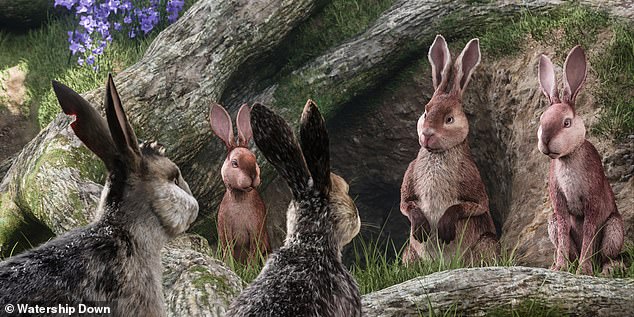 Back soon: Part two of Watership Down airs on BBC One on December 23 at 7.20 pm