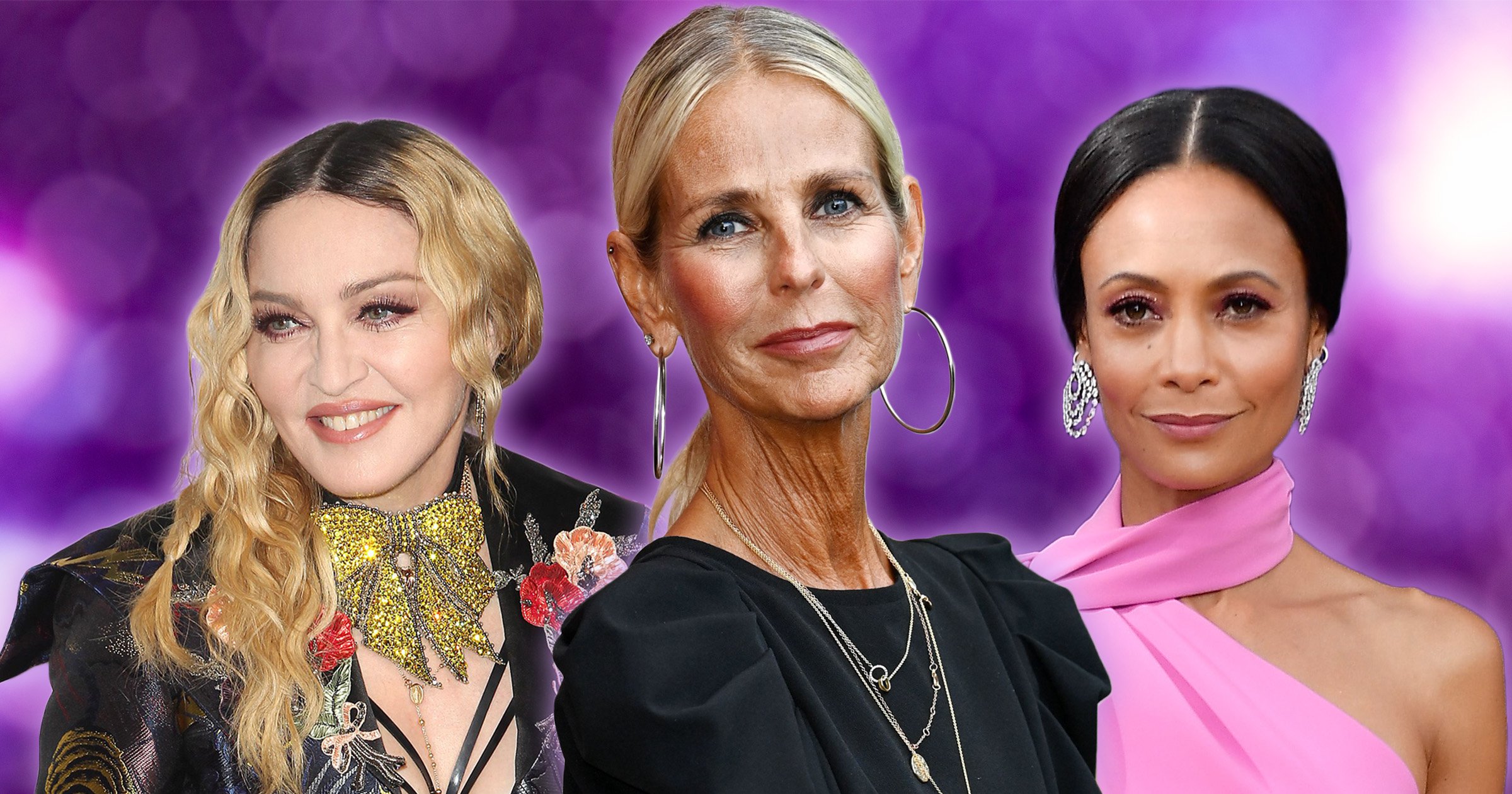 Ulrika Jonsson has dished the steamy details of her sex life, revealing that she loves to date toyboys but draws the line at anyone younger than her son.

The TV presenter, 54, admitted to being ‘in awe’ of Madonna, 63, and Thandiwe Newton, 49, who are both currently engaged in relationships with toyboys.

Like A Virgin hitmaker Madonna has a history of dating younger men, however, she’s currently single, after ending a relationship with 28-year old Ahlamalik Williams after three years of dating.

Meanwhile, Thandiwe has been seen kissing American rapper Lonr, 25, who is almost half her age, since her separation from her husband of 24 years, Ol Parker.

Opening up about her own preferences in a recent column, Ulrika said that most of the men she’s dated in the last year were in their mid-20s, however, she refused to see anyone younger than her son, who is now 27.

Writing in The Sun, she compared mature men to ‘old bangers’, while dating a younger man is like ‘suddenly getting the chance to sit behind the wheel of a shiny, bright, new sports car’.

She said: ‘That can be electrifying for a woman over 50 who thought her life might be more or less over.’

About the sex, she commented that it’s not necessarily ‘superior’ with a younger man, however, it can be ‘considerably more varied’.

The presenter also said that younger men’s ‘stamina’ in the bedroom is ‘greater’, adding: ‘There is often a greater stamina to contend with too — perhaps something that eludes many in long-term, staid relationships.’

Madonna recently broke up with her boyfriend Ahlamalik after dating for three years having first met in 2015.

Writing about the breakup on her Instagram account, she said: ‘Karma said: when somebody in your life is not right for you… God will continuously use them to hurt you until you become strong enough to let them go.’

The 35-year-age gap apparently was an issue, with a source telling The Sun: ‘Madonna has thrown herself into a busy social life and has been seeing her friends and family after the split.

‘She has a packed schedule, working on her upcoming biopic, new music and looking after her family.’

‘Things have been on and off with Ahlamalik for a while. There’s a lot of love but for now, they have decided to separate,’ the source added.

Elsewhere, Ulrika has opened up about how her ‘debilitating’ arthritis has impacted her love life.

The presenter revealed that she is open about having arthritis in her hips when she goes on dates, but admits it is not the ‘sexiest’ topic to broach with a potential lover, especially as it even affects her ability to get out of chairs.

Speaking to The Sun, she explained: ‘I make a joke about it because I think that’s the best way of introducing it but it’s certainly not something I would bring to the table on a first date – unless I turn it into something of a joke, it’s not really what you want to put on your profile.’

Ulrika added: ‘I’m on a bit of a mission to erase the image that we associate arthritis with older people – I am going to be 55 this year – but I’m not dead yet.

‘When you’re younger you associate arthritis with older people but you can get it at any age. There are plenty of young people with arthritis, probably not the sexiest condition to have.’

Explaining the effect it has on her, Ulrika, who is currently single, said it can be hard to sleep next to a partner when you are awake or in pain.

‘It’s really painful for me,’ she said, adding that she has to have a ‘pillow between my knees otherwise it would cause agony to my hips if I don’t’.